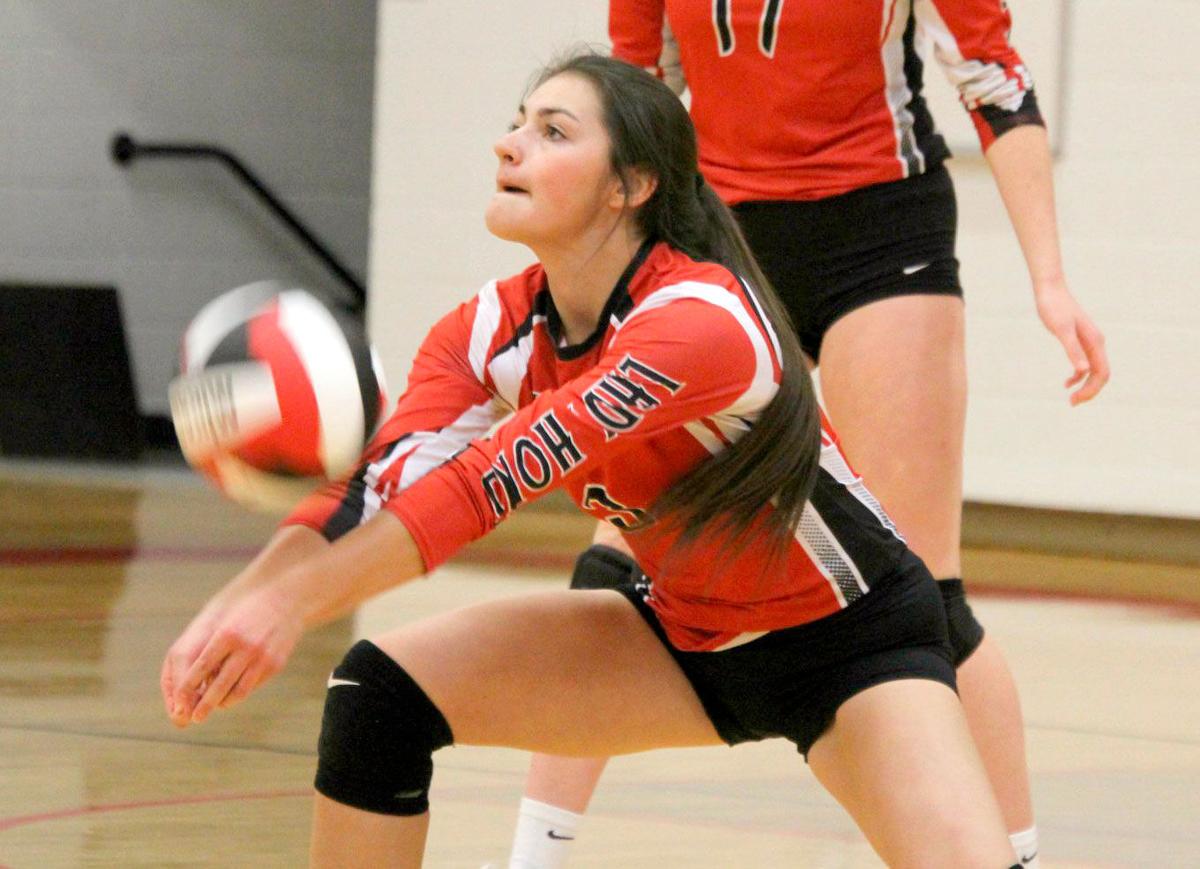 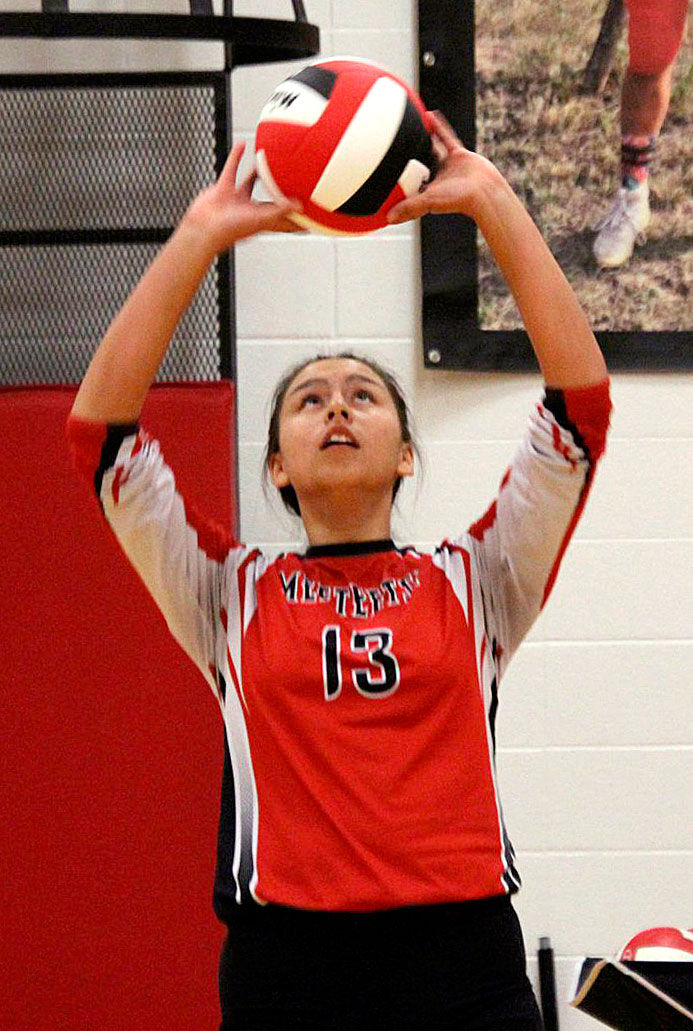 Kayla Horsen sets the ball during a match against Dubois. (Photo by Angie Erickson)

Kayla Horsen sets the ball during a match against Dubois. (Photo by Angie Erickson)

Coming into last week’s match-ups against conference foes Dubois and Ten Sleep, No. 5 Meeteetse volleyball team had just two losses, both coming against 2A Riverside.

The Dubois (0-13, 0-5 conference) win was the second-highest margin in all of high school volleyball this season in three-set matches, second only to a match between Hanna-Elk Mountain and Dubois, where the Miners allowed just 15 points in the match and shut the Rams out in the first set.

Against a weaker opponent, it can be difficult to maintain focus and keep the pressure on, something the team worked on in practice leading up to those matches.

“We have had a tendency in past games to play down to the level of our opponent,” senior Samantha May said. “We were working on playing up the whole game. I thought that we accomplished that these past two games.”

It certainly seemed to work, with dominant performances in both matches. Even with back-to-back outstanding matches, the Lady ’Horns aren’t satisfied with how they went.

“I feel they could have been better,” senior Lexi Allen said. “When we did get point after point, we didn’t expect anything to come back at that moment because it was ace after ace and we knew we could have beaten them by more.”

Though the Lady ’Horns (12-2, 5-0 conference) look as if they’re in top form as the regular season comes to a close, they will need to maintain that level of play against their remaining opponents, who are a combined 5-23. For their part, they’re using the matches to try out new things on the court.

“For those games, coach (Kelsey Scolari) tells us to always work on getting perfect passes or harder and to try new tactics that might be more likely to mess up,” Allen said.

It all seemed to work for the Lady ’Horns in their matches last week, as they posted the highest kill percentages (a measure of how good the offense is at scoring points) of the season, at 39.6% and 41.5% against Dubois and Ten Sleep, respectively.

They also took care of one thing only they could control – serving percentage. A measure of how often a serve successfully makes it into play to start a rally, a high serving percentage usually bodes well on the scoreboard. Meeteetse posted its highest and third-highest serving percentages of the season in the matches last week and tied a season-high in aces with 22 against Dubois.

Meeteetse’s next match is Thursday when the team travels to face Burlington (4-10, 4-1 conference), and follows that up with the last regular season match on Friday at 2A Wind River (1-13, 1-1 conference).