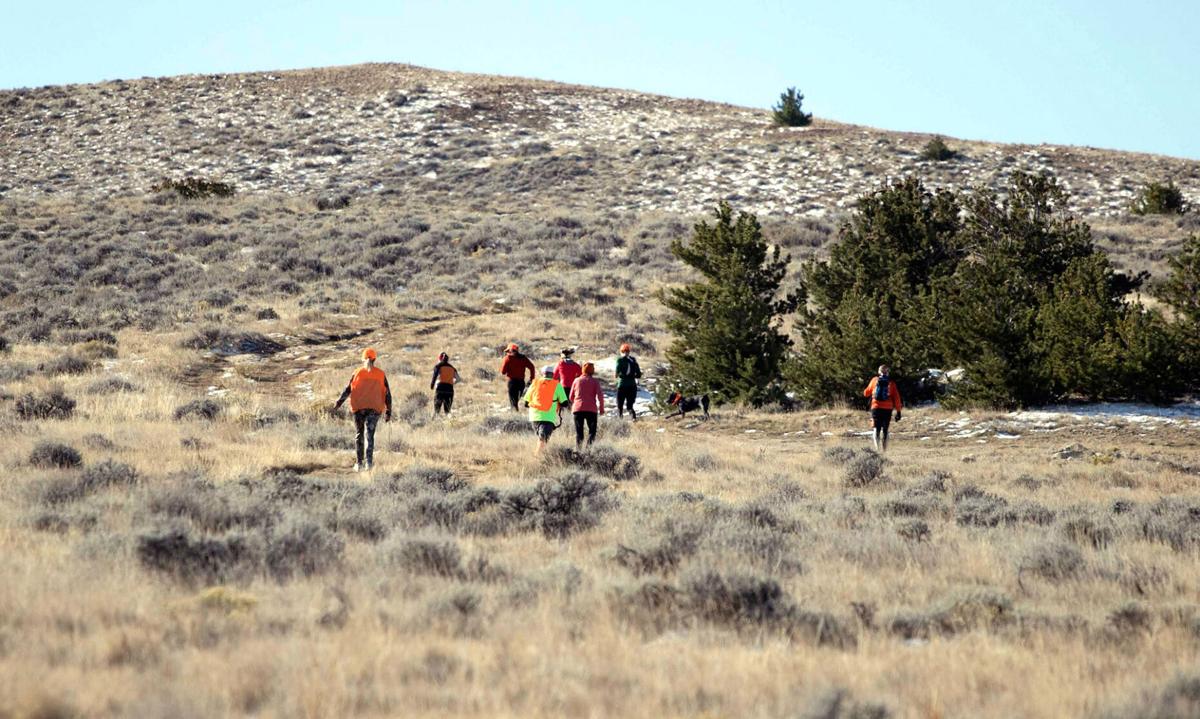 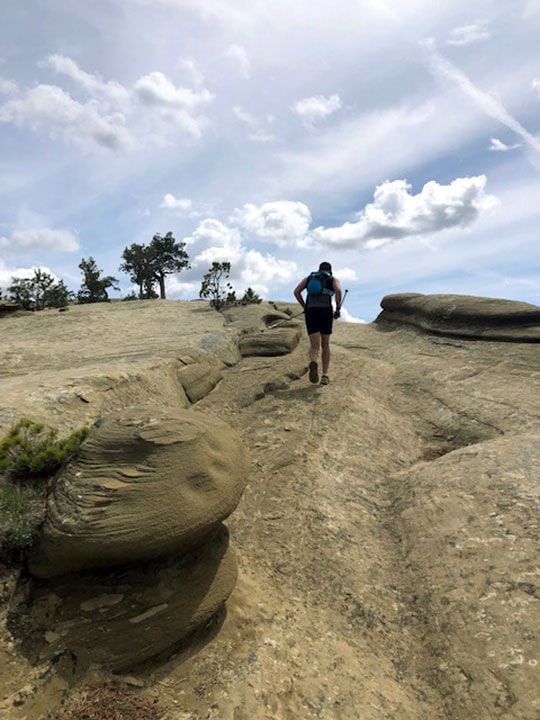 A runner makes their way up a slick rock portion of The Hunt Trail Run in 2019. (Courtesy photo)

A runner makes their way up a slick rock portion of The Hunt Trail Run in 2019. (Courtesy photo)

Those who haven’t satisfied their running fix for the summer will have one more chance to compete at the Hunt Trail Race on Saturday.

The race will feature 1 mile, 6 mile, and 16 mile runs that will start from the Cody Archery Range off the Greybull Highway, on all unpaved surfaces.

“I think the biggest draw for this race will be getting people out onto trails they have maybe never experienced before, or even known existed so close to Cody and so easily accessible,” said RunCodyWY race director Janie Curtis.

Curtis said trail running involves a special sense of camaraderie not seen in most road races.

“When the going gets a little miserable, it definitely brings people closer together,” she said.

Getting off paved surfaces is generally more physically forgiving on the body. The trails around the Archery Range feature a mixture of slick rock, gravel and dirt, and brush field surfaces.

It is a hunting-themed event through and through as runners are required to wear orange and the individual with the best hunter’s outfit will win a prize. Curtis describes it on her website as, “the Wyoming trail run of all trail runs.”

All runners will get a race T-shirt and an invite to an after-party with free Sloppy Joe sandwiches, beer and other beverages.

Due to the backcountry nature of the race, competitors are encouraged to bring bear spray and a phone, and are responsible for carrying their own bottle or hydration pack as all aid stations are cupless.

Walkers and hikers are only allowed on the 1 mile and 6 mile courses because of time constraints. Even the 1 mile is nothing to slouch at as that race goes straight up a steep hill from the start.

The Hunt was originally scheduled for last April but was delayed due to COVID-19 concerns. A virtual version of the event was held with 65 participants.

A portion of the profits from the event will be donated to the Cody Archery Range. With $500 donated last year, Curtis said the Range was able to build land bridges throughout their 3D course trails.