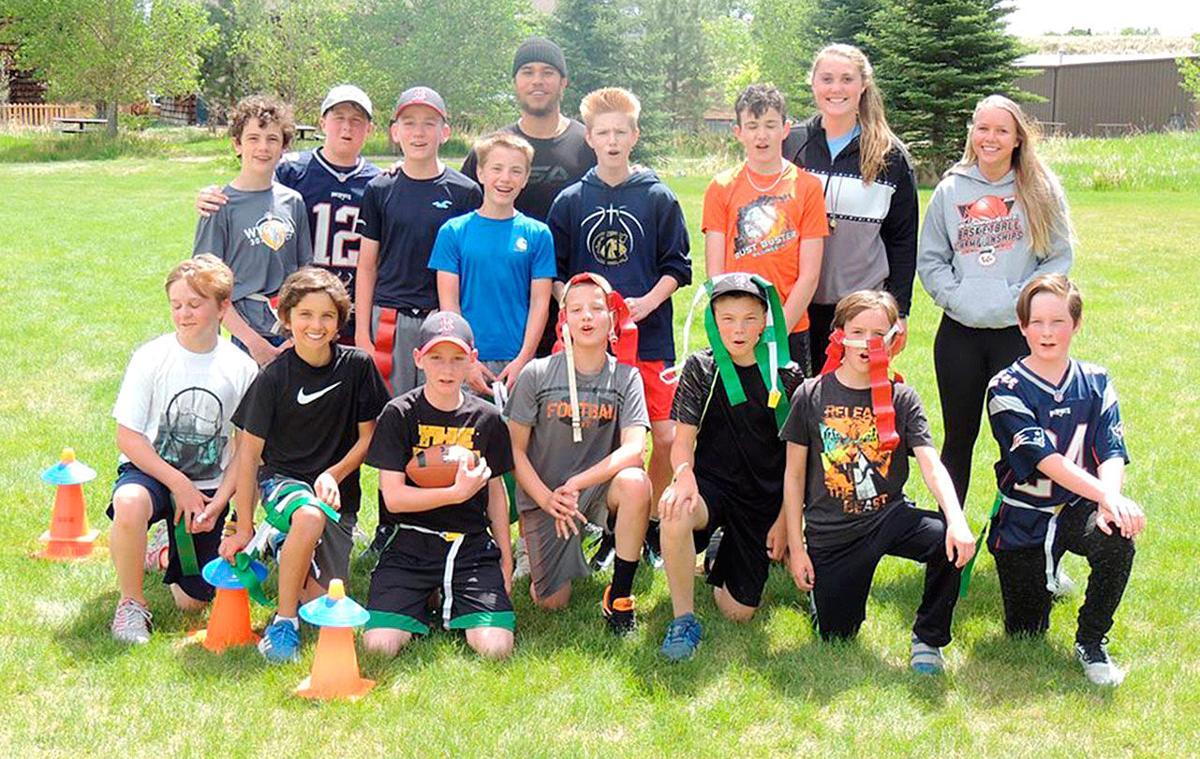 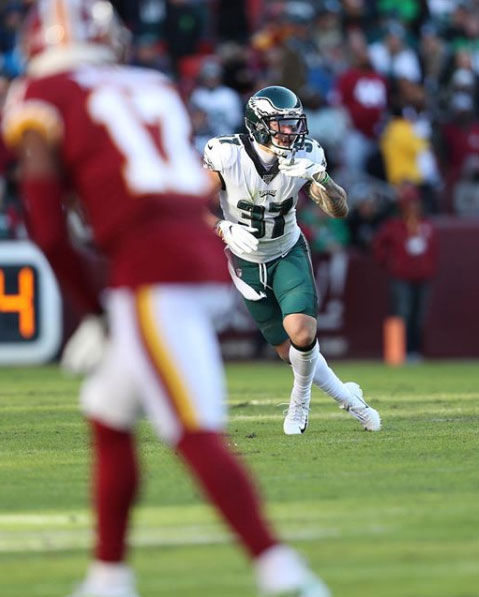 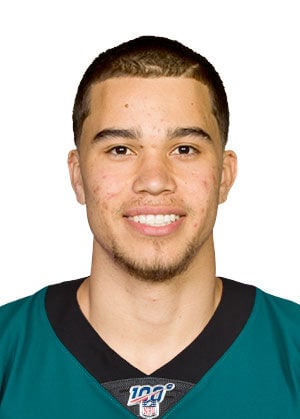 Philadelphia Eagles safety and former Wyoming Cowboys football player Marcus Epps has had a busy year. Over the last few months, he was able to catch his breath in Cody.

Epps came to Cody in order to continue his off-season training, free from the mass lockdowns and restrictions put in place in his home of Los Angeles. His Cody connection comes from his girlfriend Megan Welch, the mother of his 3-year-old child Braxton Epps. She grew up in Cody and has a family still here.

“It’s been nice to just come out, get away, and spend some quality time with them,” he said. “Went fishing a few times, boating a little bit.”

While in town Epps took time to engage with the community.

He enlisted the help of Matt Nelson, an incoming sophomore running back and cornerback for the Cody Broncs football team. Nelson said he was shocked when Epps asked him to train, but quickly jumped at the offer.

The pair ran through speed work and positional drills at Spike Vannoy Field a few times a week for about a month in June.

“It was definitely more advanced than normal workouts,” Nelson said. “He’s obviously really good, so matching him is pretty intense.”

For Nelson it was an incredible opportunity to train with an NFL player, but the time spent was also beneficial for Epps. The two ran certain drills together, waiting for the other to issue a command to stop.

“It’s been pretty cool to have somebody out there to work out with,” Epps said.

Nelson harnessed the once-in-a-lifetime opportunity to not only train with a professional but also gain insight on how to improve at his similar cornerback position.

“It’s been pretty nice to see his work ethic at a young age and how much he wants to get better,” Epps said.

He said his offseason trainers were influential factors in bringing his game to the next level while growing up.

After working out on the field, Epps would typically lift weights in the afternoon before heading back to the turf for an evening workout, the setting sun casting shade from Cedar Mountain over the hash marks as he worked.

“The kids had a blast, it was pretty cool,” said athletics coordinator Ryan Brown.

He also threw out the first pitch at an American Legion baseball game in Powell and played pickup basketball at the Rec Center.

“There’s a huge level of support in this state for players who are either from here or went to the University (of Wyoming), so it’s pretty cool to see that and give back to the community,” Epps said.

Being the underdog is nothing new for Epps.

He’s still finding his footing in the NFL and has his targets focused on making the Eagles final 55-man roster, as well as earning a starting role for his second season – a feat he performed with the Pokes in his second year on campus.

Epps came to UW as a walk-on and redshirted his freshman season, but it wasn’t long before he made his presence felt.

“That always just drove me to work harder and prove people wrong,” he said.

Epps logged 325 tackles during his career, the 11th most in school history. His versatile playing ability – able to slot in at both free safety and strong safety – helped lead the Pokes to two consecutive bowl appearances and an appearance in the 2016 Mountain West championship game.

But he said none of that success surprised him as he always knew his NFL potential.

“That’s always been the goal since day one,” he said, “but I knew I would put in all the work necessary to make sure I got there.”

Nelson took notice of Epps’ background, finding similarity to recent Cody graduate Duncan Radakovich who will play football at UW this fall as a walk-on.

“It’s just really inspiring,” Nelson said. “Knowing you could walk on to a smaller college and end up pro.”

Epps was drafted in the sixth round of the 2019 NFL Draft by the Minnesota Vikings. After playing eight games with the Vikings, Epps was waived and then picked up the next day by the Eagles, where he logged improved stats.

“Everything happens for a reason,” Epps said. “I’m very excited for the opportunity that I have with the Eagles, and for believing in me and picking me up.”

Over the course of his rookie 2019 regular season, Epps notched six tackles in 15 games. In the Eagles’ wild card playoffs loss to the Seattle Seahawks he hauled in three more tackles.

“That second half (of the season) was pretty awesome,” he said. “It’s really a brotherhood in that locker room and they kind of took me in and accepted me right away.”

These days, Epps is back in Philadelphia working out at the Eagles training facility, preparing for the start of training camp, which is tentatively slated to start July 28.

“I’m just hoping that’s the case - that we’ll be able to report on time and play this season out,” he said.

Although Epps was non-committal about moving to Cody after his football days are over, he said his extended stay left a lasting impression on the 24-year-old.

“It’s been cool to just kind of unwind and get away from a lot of people, just relax, not be stuck in traffic or just around a whole lot of people in the city life,” he said.