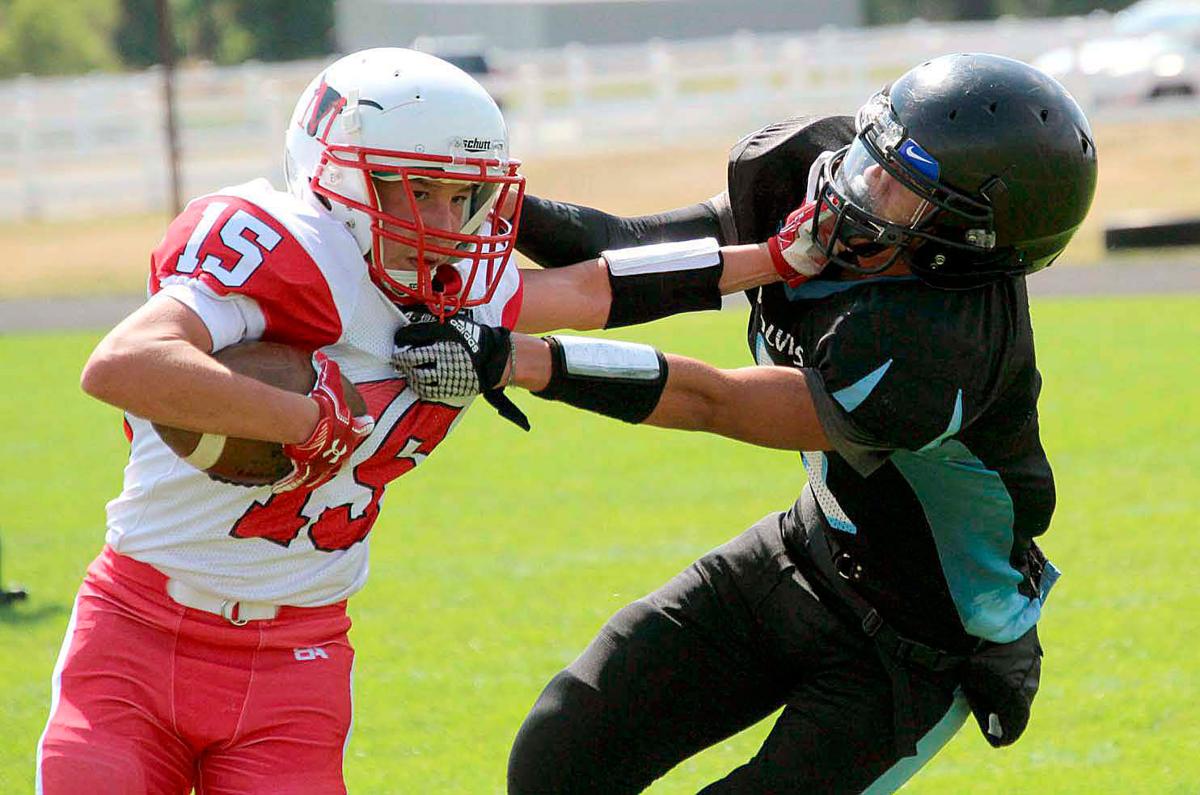 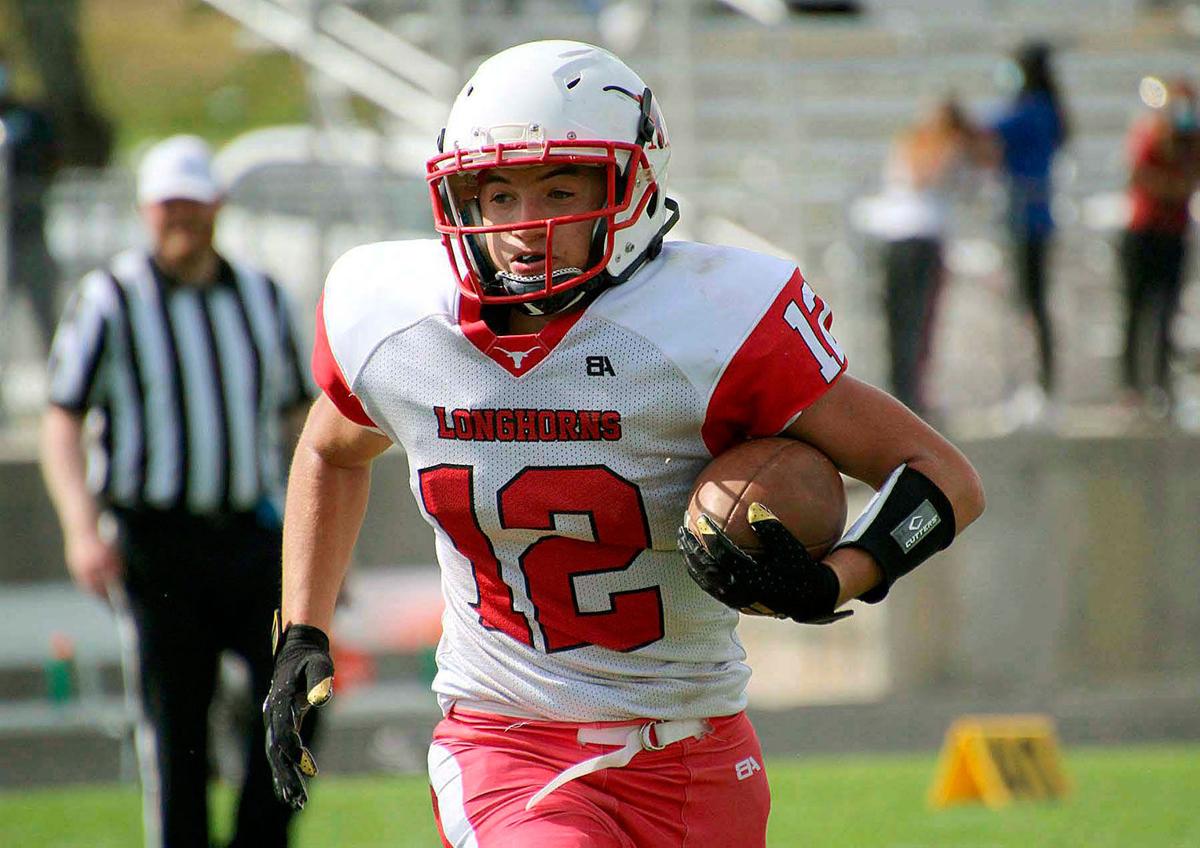 Hadley Abarr finds an opening during the game.

Hadley Abarr finds an opening during the game.

A far cry from the blustery Labor Day two days after, the Meeteetse Longhorns 6-man football team went to Sheridan on Saturday to play NSI Academy in 103-degree heat and came out with a 68-25 blowout win.

“It was so hot, our iPad overheated and we lost some film,” coach Zeb Hagen said.

“On most plays I got my touchdowns, they were playing good coverage on the receivers,” he said. “I had a lot of holes I was able to pick my way through.”

Hagen was pleased with his team’s performance against an unfamiliar opponent, but seemed almost disappointed at the high volume of long offensive plays.

“I was hoping to run a little more offense,” Hagen said. “We scored on some big plays. That didn’t allow me as a coach to work on the whole playbook.”

Defensively, Hagen was pleased with how the team did, especially with junior Jonathan Blessing.

“[Blessing] was probably the most consistent on defense,” Hagen said. “He wraps up almost every time. If the ball goes toward his side, I feel confident he’ll make the play.”

The Longhorns gave up two touchdowns on kick returns, something that Bennett attributed in part to the heat.

“I think for sure that heat played a big role,” he said. “It was 103 when we started. When we’ve been practicing it’s been in the 70s, so we hadn’t had the experience with it.”

Despite the hiccups on special teams, Hagen likes what he saw from his squad.

“I was able to see a lot of things we need to work on,” he said. “But there were strengths we can capitalize on as well.”

This was the first time Meeteetse played NSI in football in at least the last 14 years. Any film the Longhorns may have been able to get of the Wolves from earlier seasons wouldn’t have been much use either, as most of the players from previous squads are not on the team this year.

“They have some good athletes, some bigger kids,” Hagen said. “It was completely unknown. I think there was one kid that played on that team last year that played this year.”

Meeteetse has its share of players who don’t have much, if any, film out on them. About half the team is new or returning from a break this year, and the newcomers came up big for the Longhorns.

“Joe Piña got a few tackles defensively and caught, I think, a 40-yard pass for a touchdown,” Hagen said. “For the smallest guy out there, he played a lot bigger than that.”

Junior receiver Kalvin Erickson had high praise for his teammates as well.

“There were a lot of good moments from everybody,” he said. “It was good to see that we could pretty much put anyone on the field and have them make a play.”

For the first time in two years, Meeteetse will face Ten Sleep when the Pioneers come to town. Ten Sleep hasn’t had a team since 2017.

“We’re all excited to have them back out there.” Hagen said. “It’s always going be a good, entertaining game. I’m looking forward to it.”

Kickoff is 2 p.m. Saturday at the Meeteetse football field.