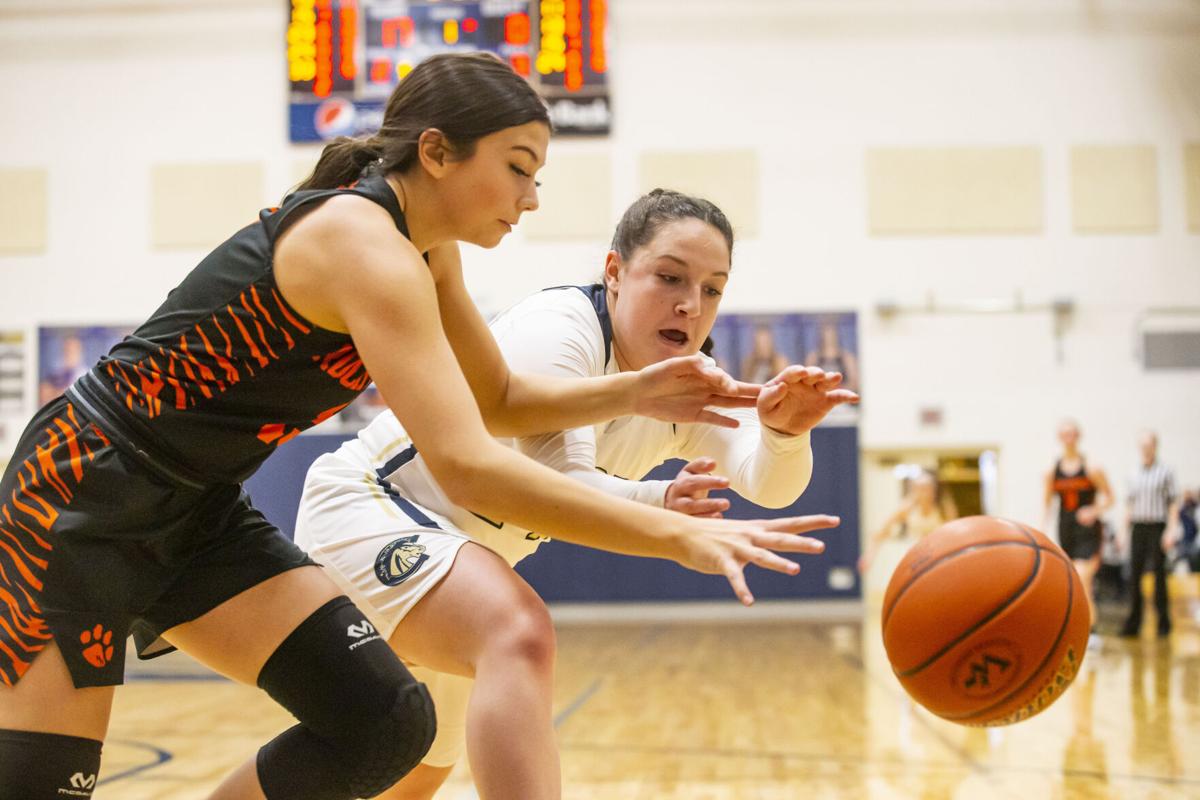 Torrie Schutzman goes after the ball against Rock Springs on Saturday, February 20th. 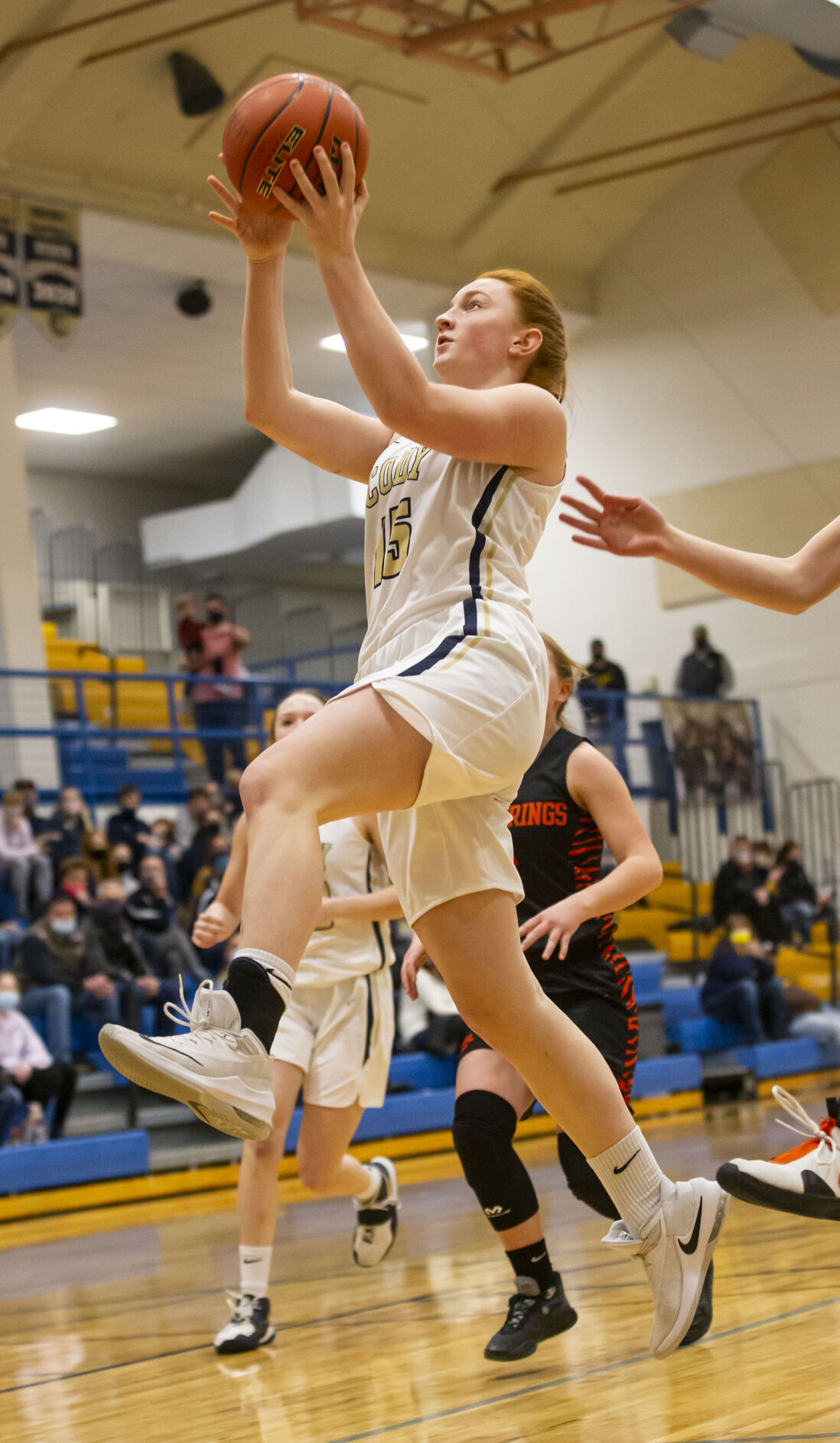 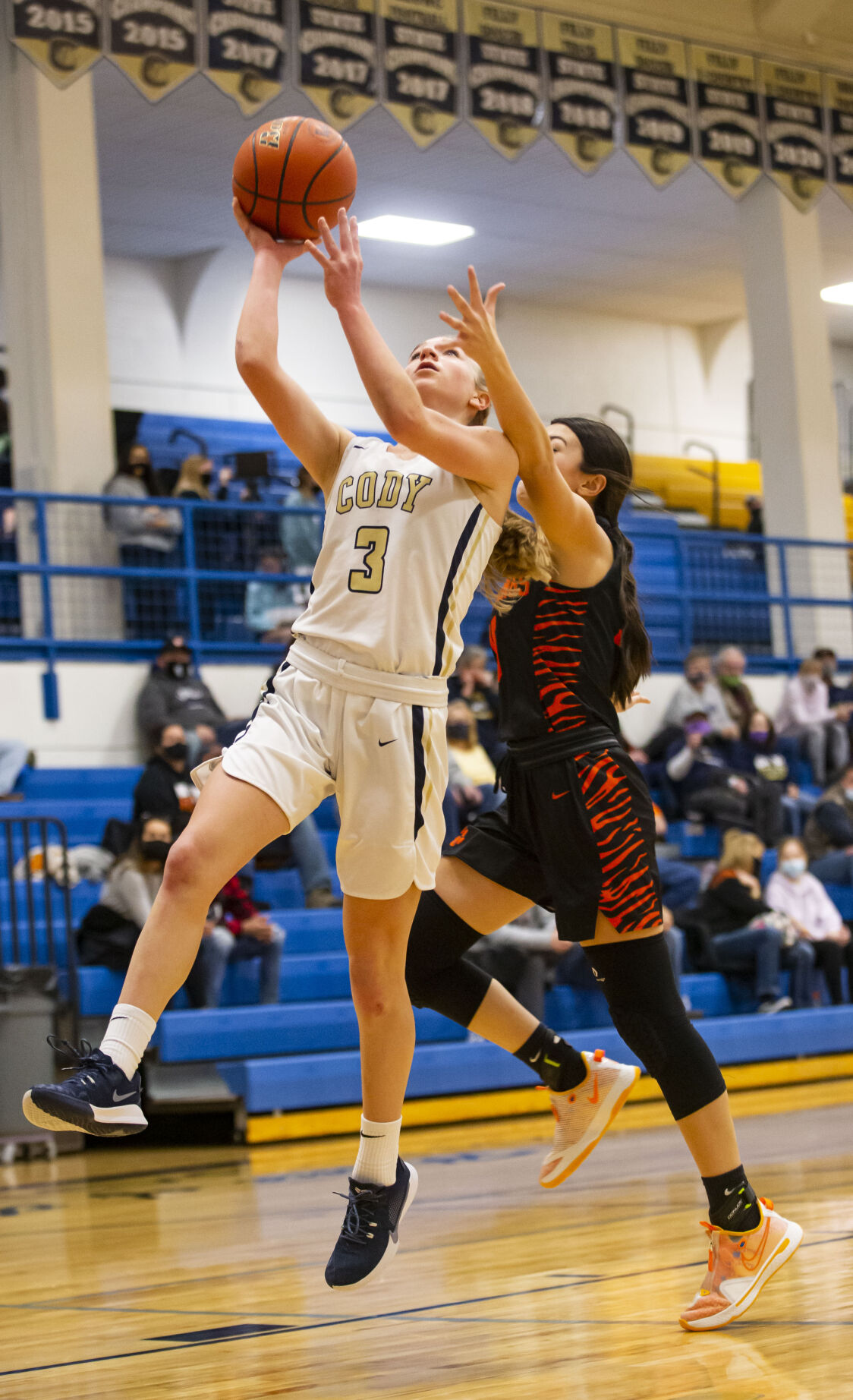 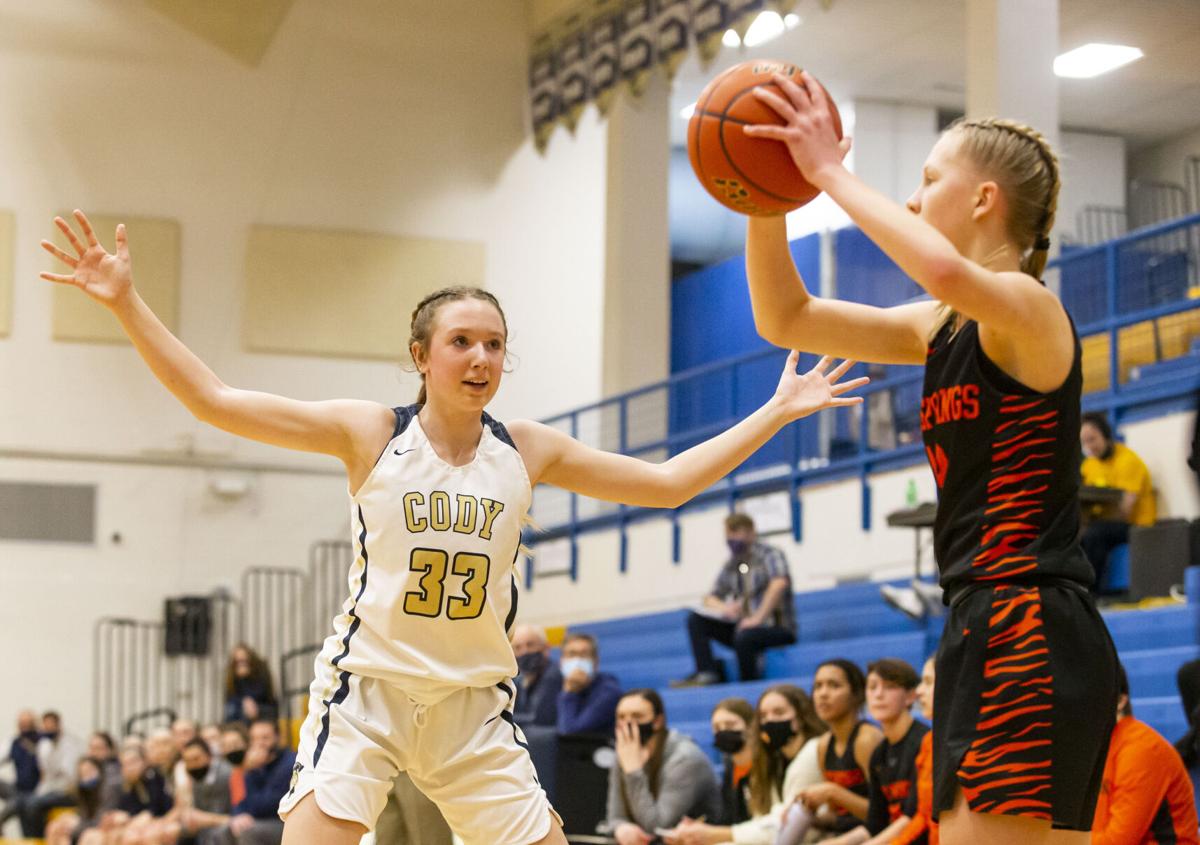 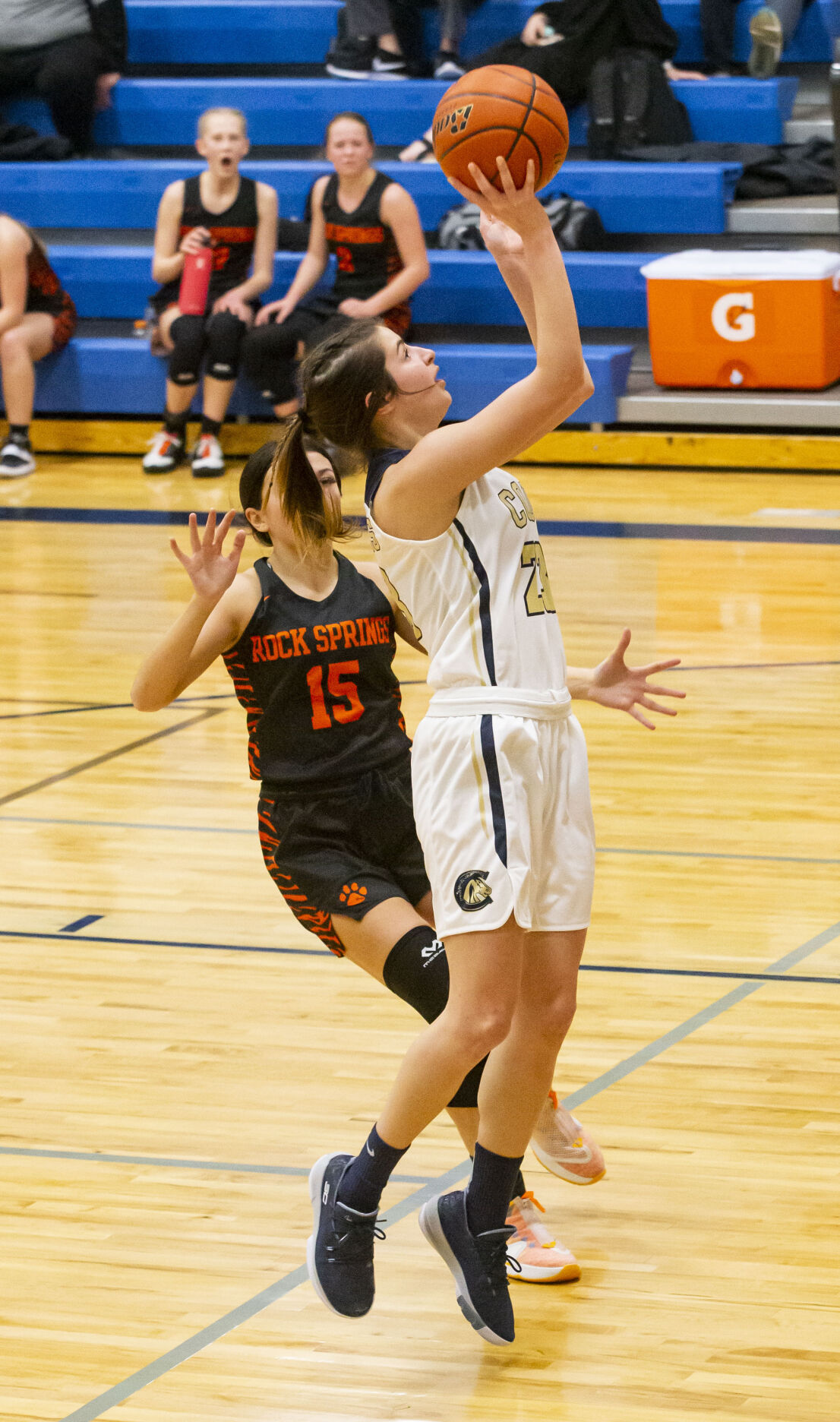 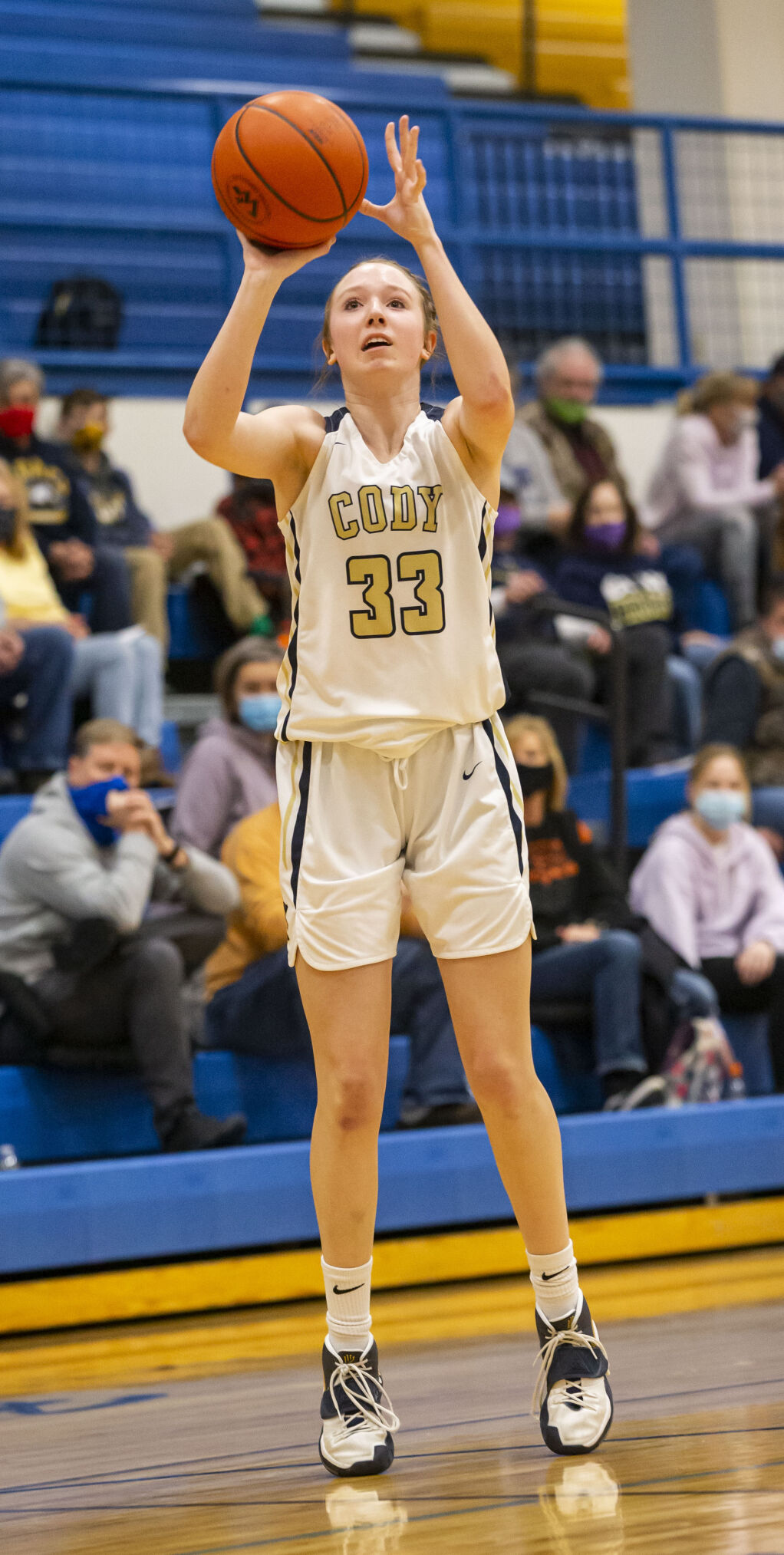 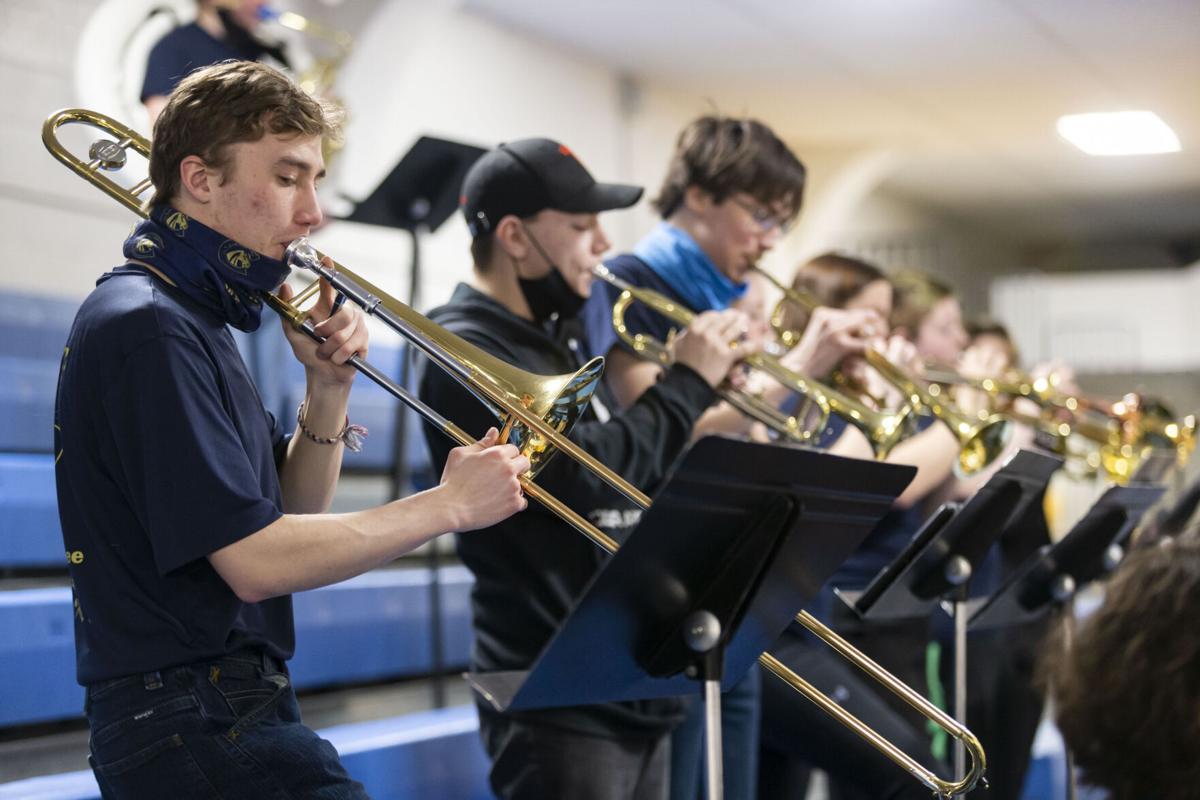 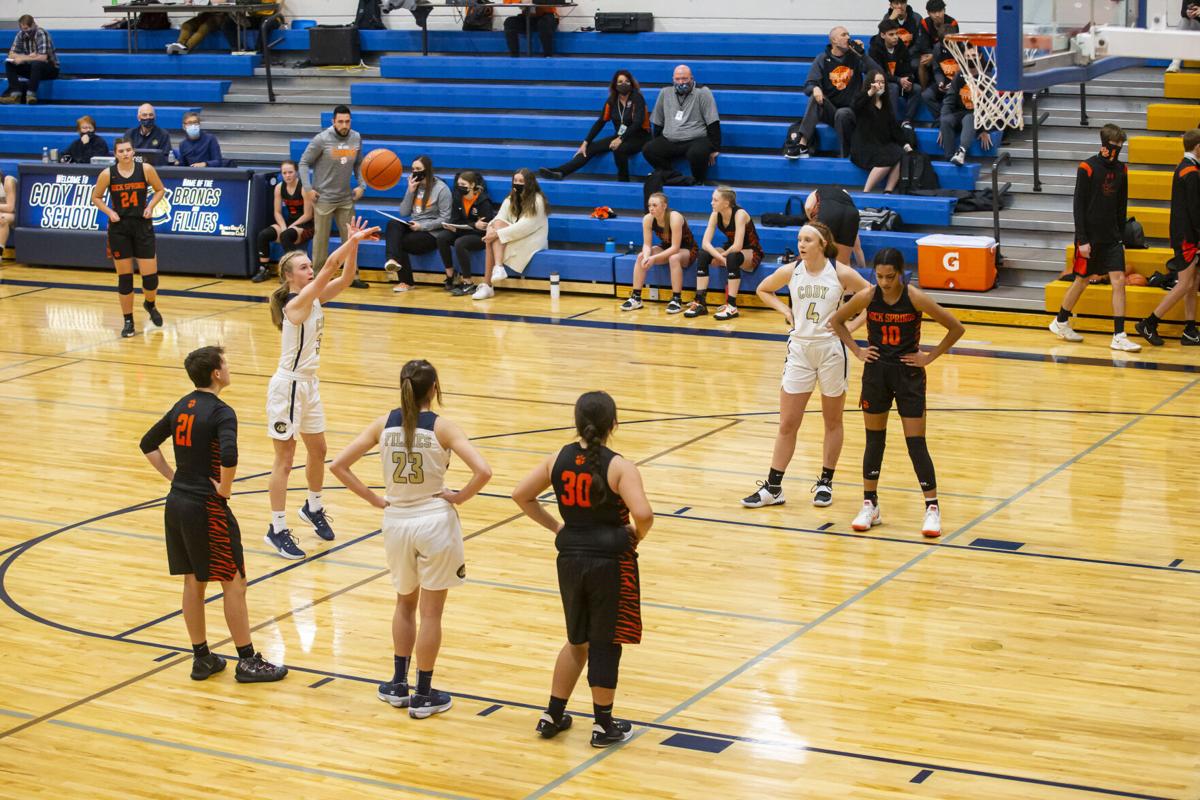 Torrie Schutzman goes after the ball against Rock Springs on Saturday, February 20th.

The Cody girls basketball team has all but secured its position as the No. 2 team in the 4A Northwest after once again nearly beating the conference’s top team and then winning in dominant fashion against Rock Springs.

The No. 4-ranked Fillies (13-4, 3-2 4A Northwest) led for much of Friday’s game against Natrona and set a new season high for points scored Saturday. Last year Cody couldn’t get a conference win in the regular season. This year they go into the regular season’s final game above .500 in the 4A Northwest.

Coach Chris Wagner said going into the final stretch of games, the team improvements were due to the diverse players who have stepped up and allowed the team to stay fresh. The depth extends from senior leaders to freshmen, as well as bench players such as Jessa Lynn, who said her goal is to provide energy and ball handling in the mold of the starting freshman guard who led the team over the weekend.

Freshman Molly Hays, made an impact in both weekend games, scoring 35 total points.

“Molly is just an absolute stud,” sophomore Reece Niemann said. “Every game she provides lots of energy for the team. She sure means a lot to this team and she helps us in many ways.”

Cody nearly knocked off Natrona on Friday but couldn’t stop a late rally and fell 49-46 in Casper.

Hays led the Fillies with 22 points and Torrie Schutzman eight.

The game was a low-scoring defensive battle early. Hays opened the scoring with a layup, the first of nine first-half points. Schutzman sank a layup on a fast break for a 10-4 lead after one.

In the second quarter Hays kept Cody ahead with a pair of treys, the second after Natrona briefly tied it at 14, to put the Fillies ahead 17-14 at the half.

The teams went back and forth in the third quarter, with Ally Boysen scoring on a key putback late to hold on to the lead and Reece Niemann hitting a jump shot to briefly put Cody ahead 34-27. Natrona rallied and Cody led 34-31 after three.

“We played some really good defense in the first half and had good ball pressure on their tough guards,” Reece Niemann said. “Natrona definitely outrebounded us the whole game, and they had some good traps on our guards that made us have to force some tough passes late in the game.”

The Fillies boosted their small lead early in the fourth, with Schutzman sinking a pair of free throws to go ahead 38-31, but Natrona responded with a trey. The teams battled, but Cody continued to stay ahead, with Izzy Radakovich getting a tough offensive rebound and a putback for a 42-38 lead with 4:10 left.

Natrona rallied late in the quarter, taking the lead after a Cody turnover on a fastbreak layup to go ahead 45-44 with just over two minutes remaining. The Fillies struggled in the rally attempt, hampered by turnovers, and missed late 3-point attempts that would’ve tied in the final seconds.

If the Fillies lose a game, as rare as that has been, it’s usually bad news for their next opponent. Rock Springs learned that lesson when they came to Sweitzer Gym on Saturday, as Cody dominated in a 62-28 win.

The Fillies had learned some tough lessons from Natrona the night before that they quickly put into practice.

“Natrona was a strong pressuring team, so we can definitely learn from their intensity and how to adjust to it for teams we will play in the final games,” Brittan Bower said.

The Fillies brought the pressure from the outset, forcing 11 turnovers in the first four minutes of the game, including the uncommon backcourt violation and five-second close-guarding call.

Rock Springs (3-14, 1-4 4A Northwest) found a little rhythm in second, outscoring the Fillies 14-11, led by Kamrynn James, but it didn’t last. Cody came out in the third quarter exactly as it did in the first, forcing turnovers and running on the break to run up the score.

The Fillies defense clamped down on any shots that went up and outscored the Lady Tigers 17-3 in the quarter.

Four Fillies players scored in double figures, led by Bower with 14 points off the bench. Hays and Niemann scored 13 each and Radakovich 10.

The Fillies were nearly perfect on defense in the first quarter against Rock Springs, forcing 11 turnovers in the early going.