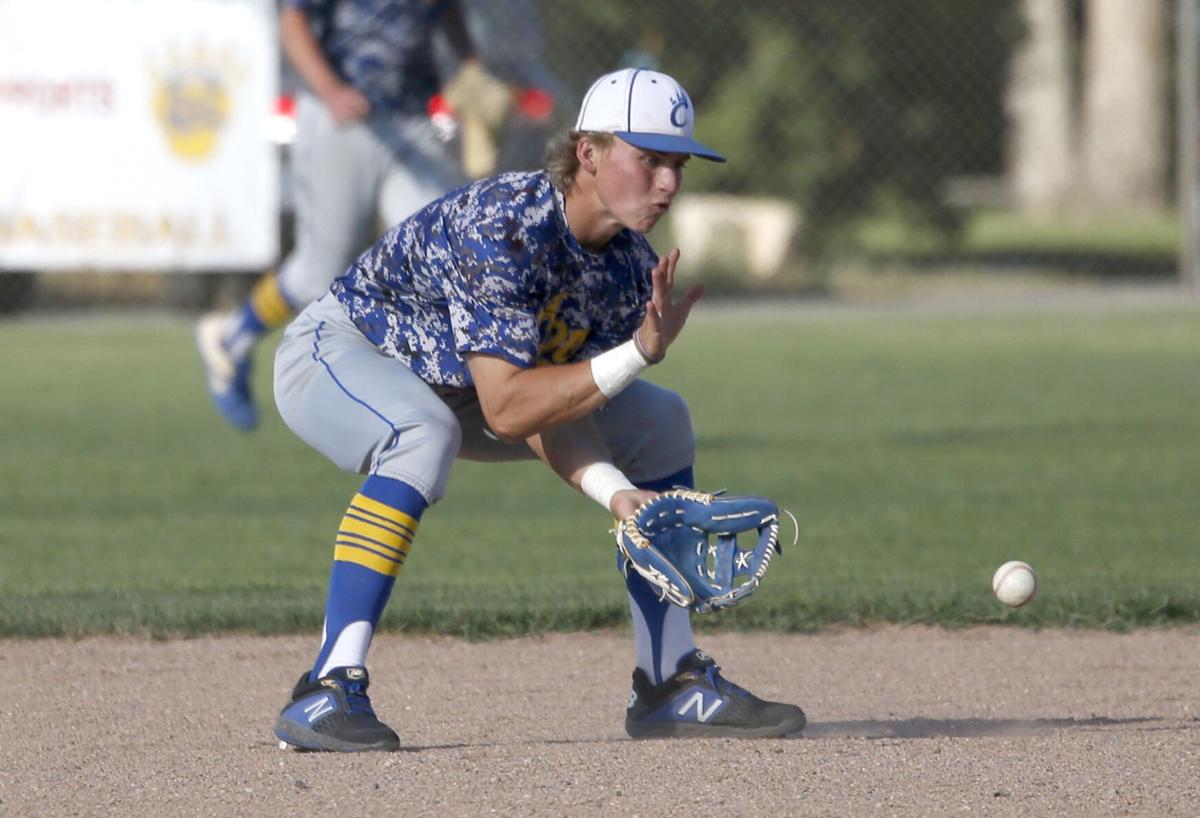 Tyler Grenz fields the ball at second base. 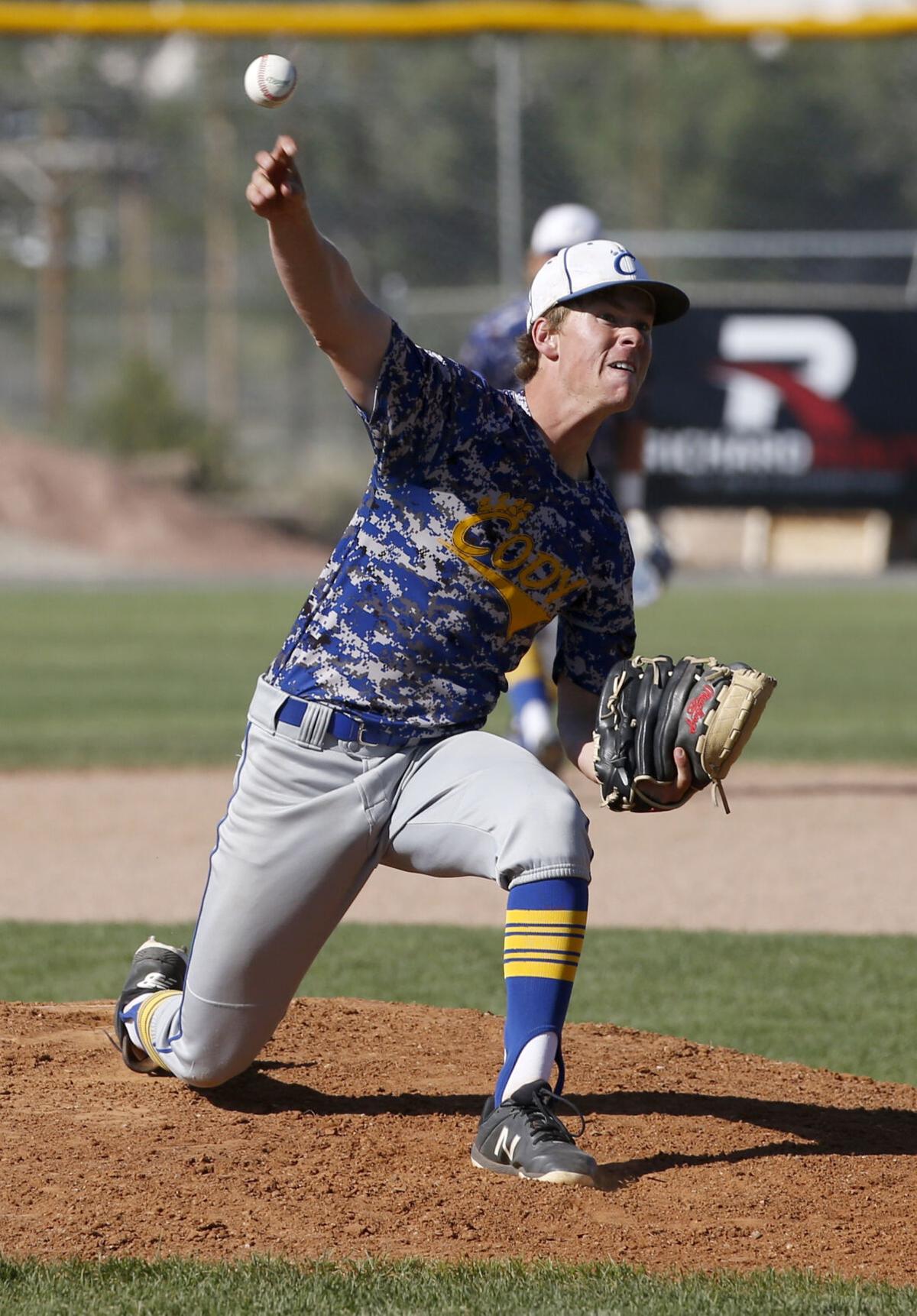 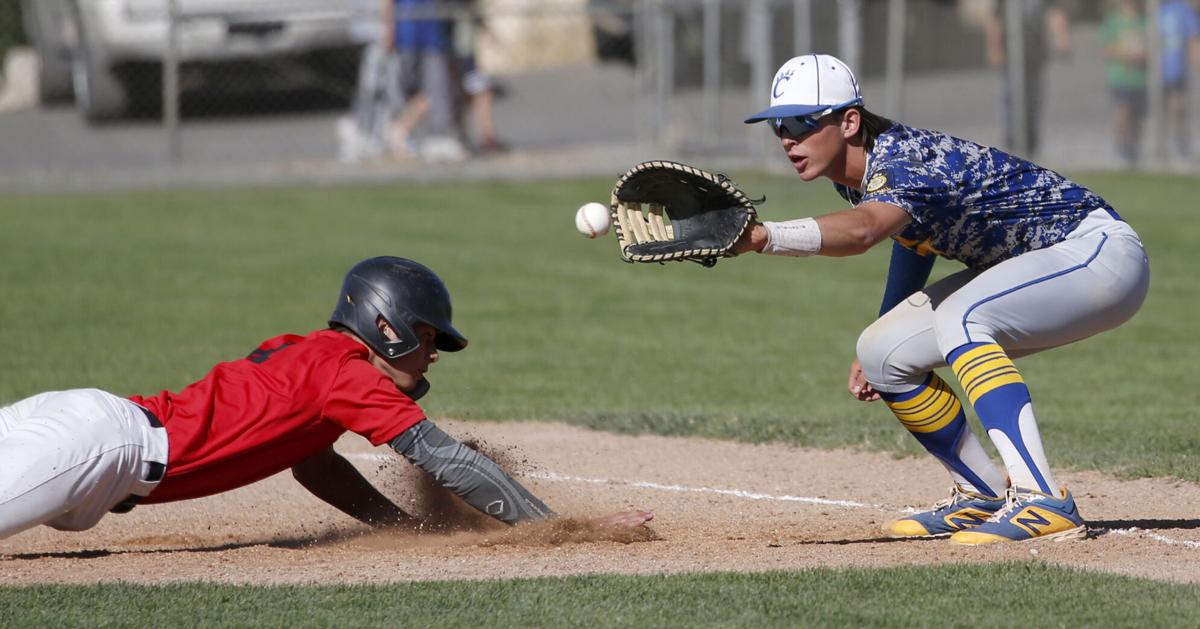 Devyn Engdahl tries to pick off a runner at first. 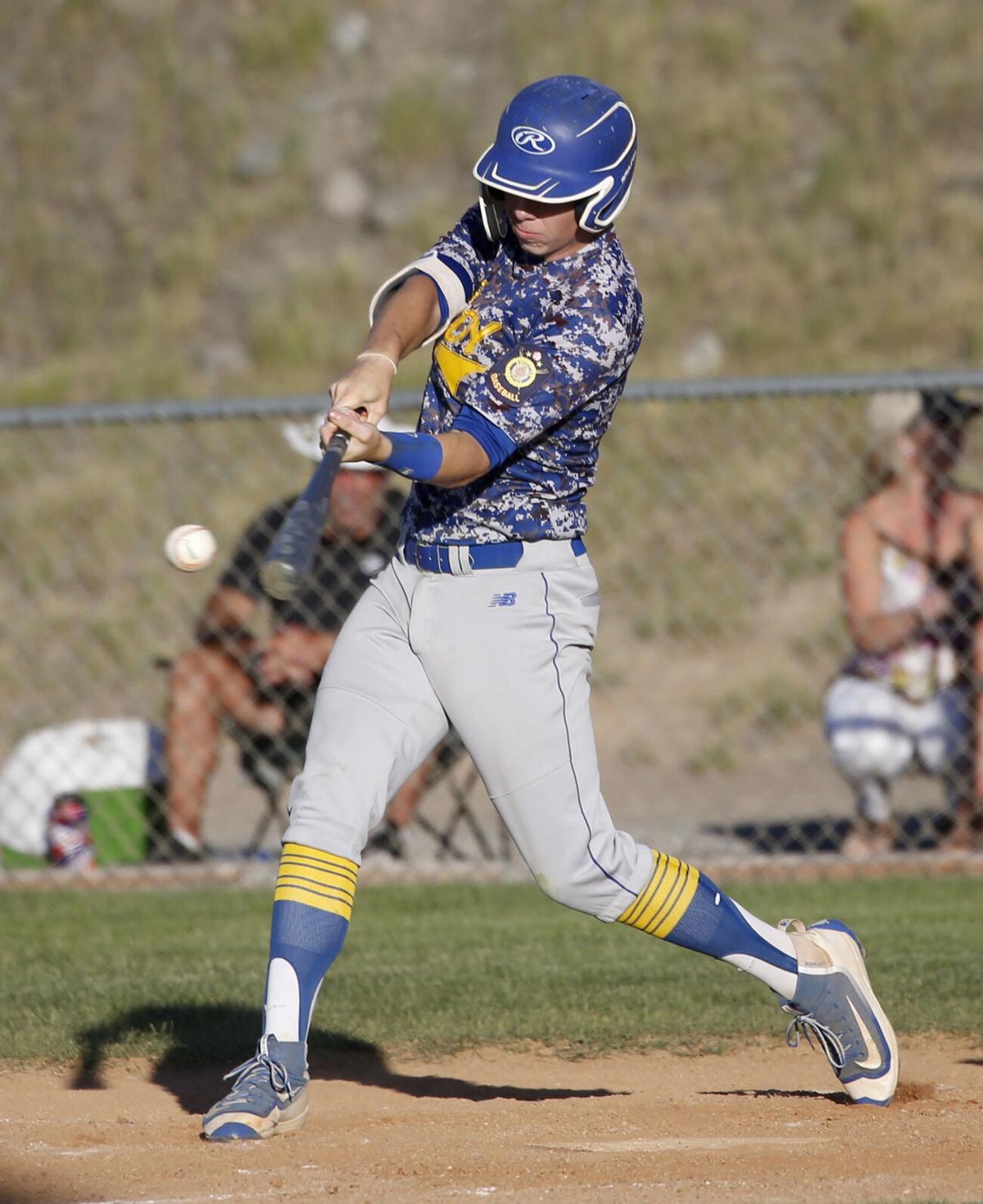 Cody Phillips gets a hit. 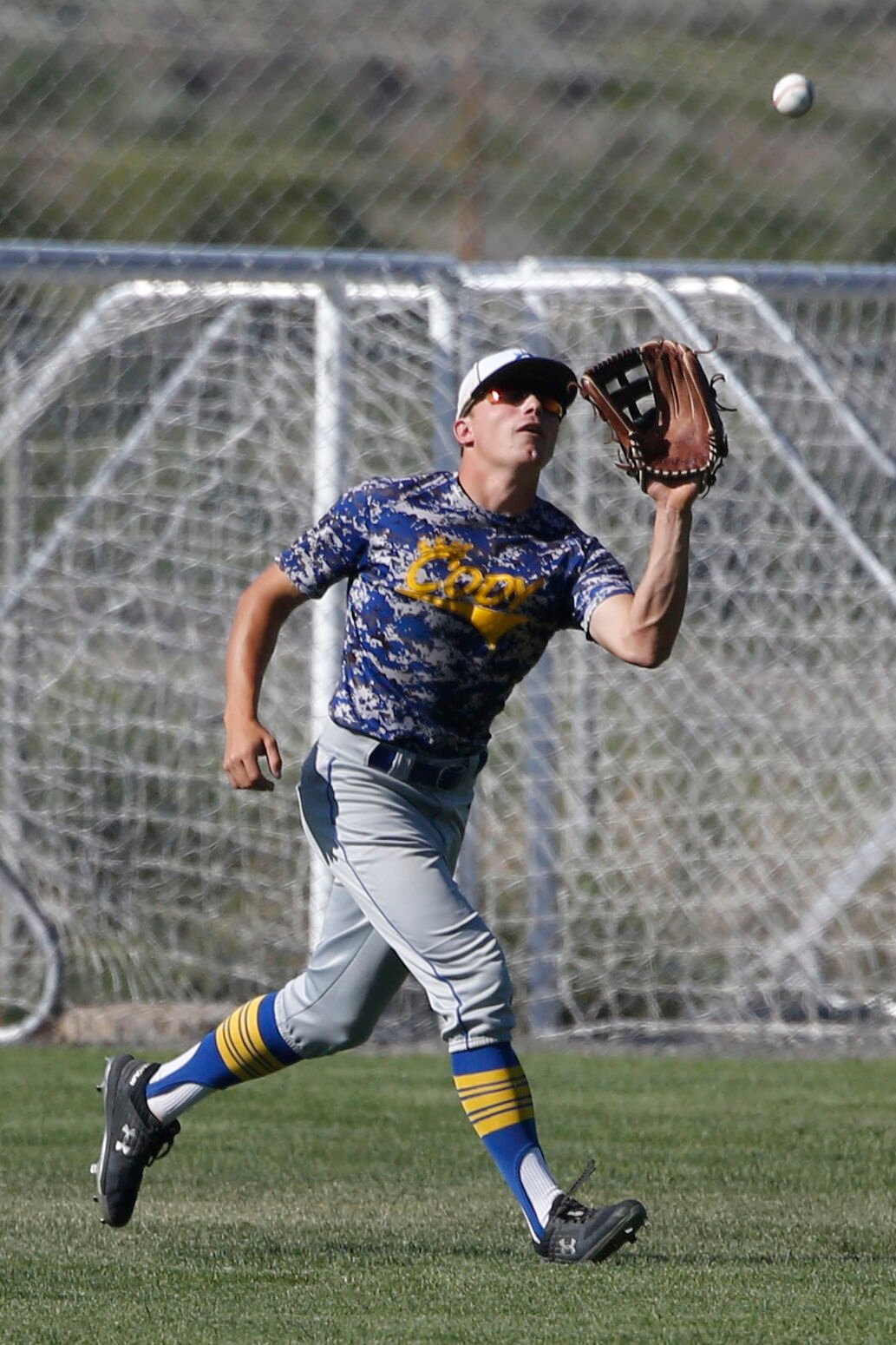 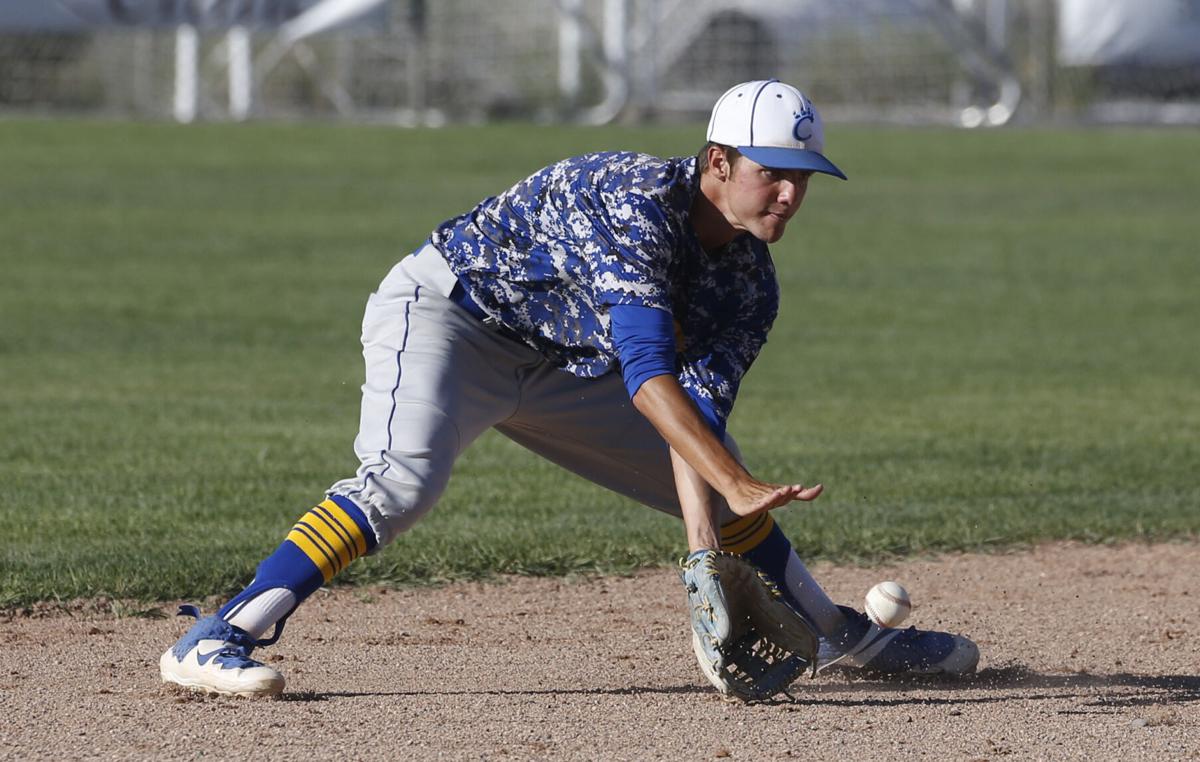 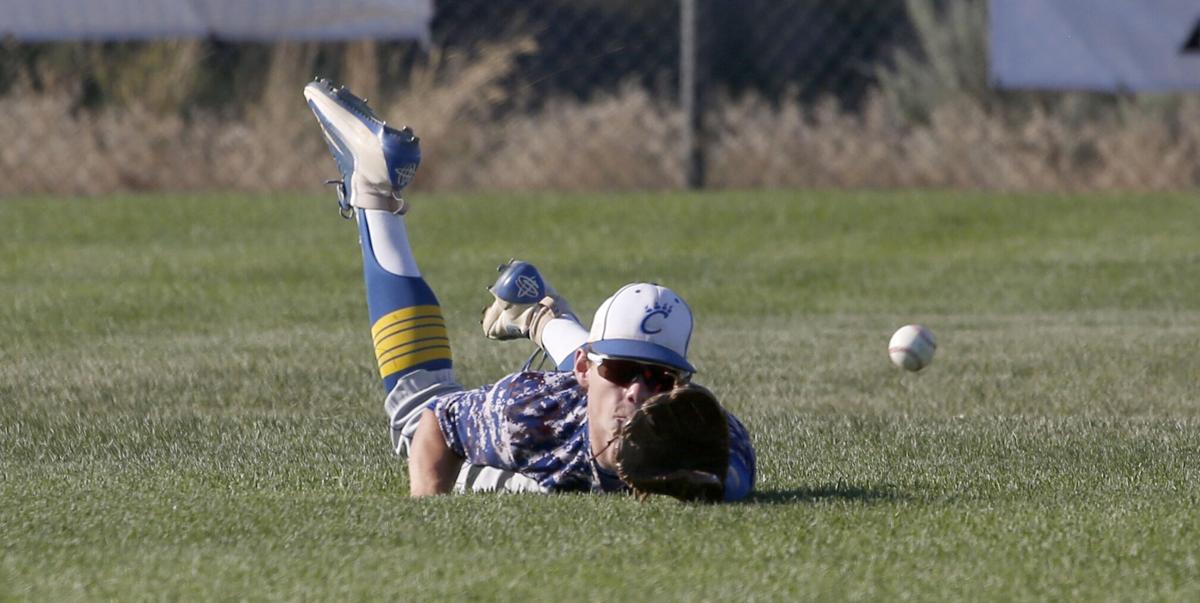 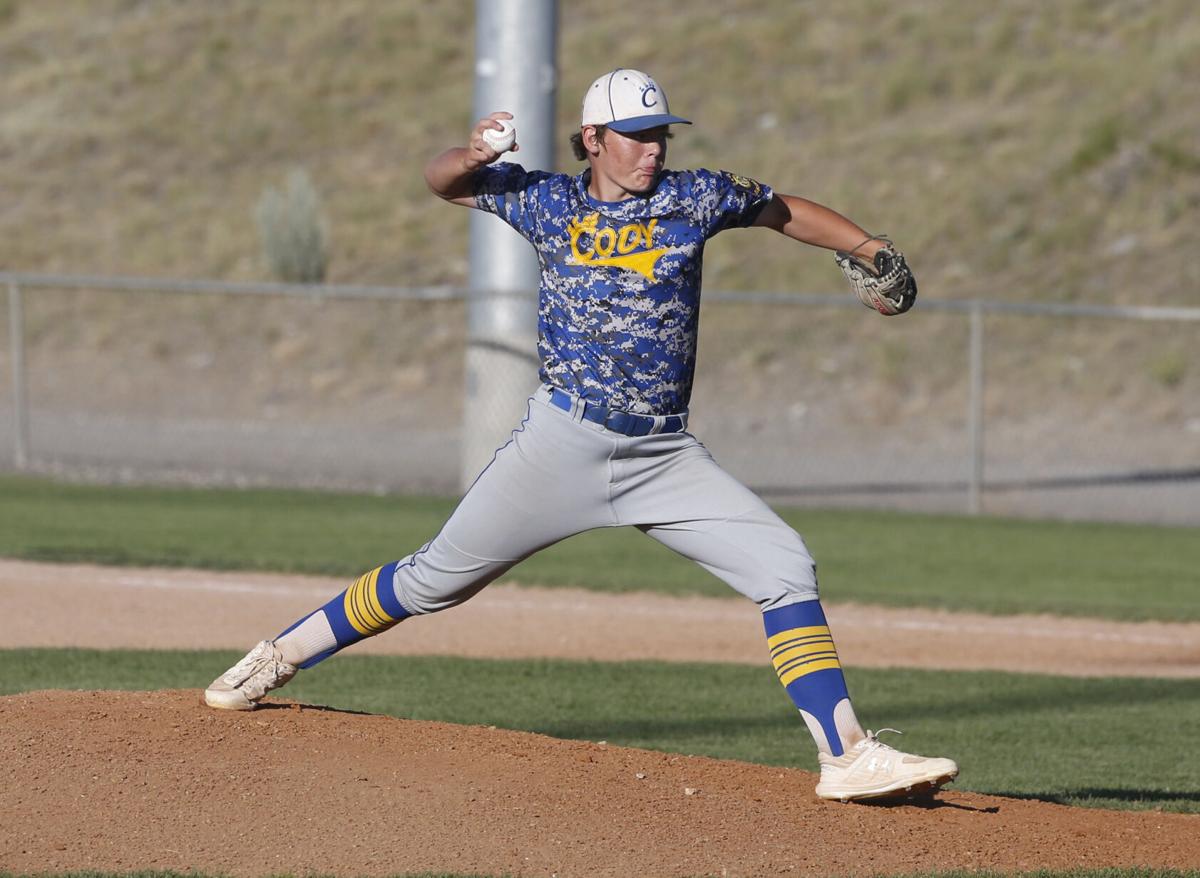 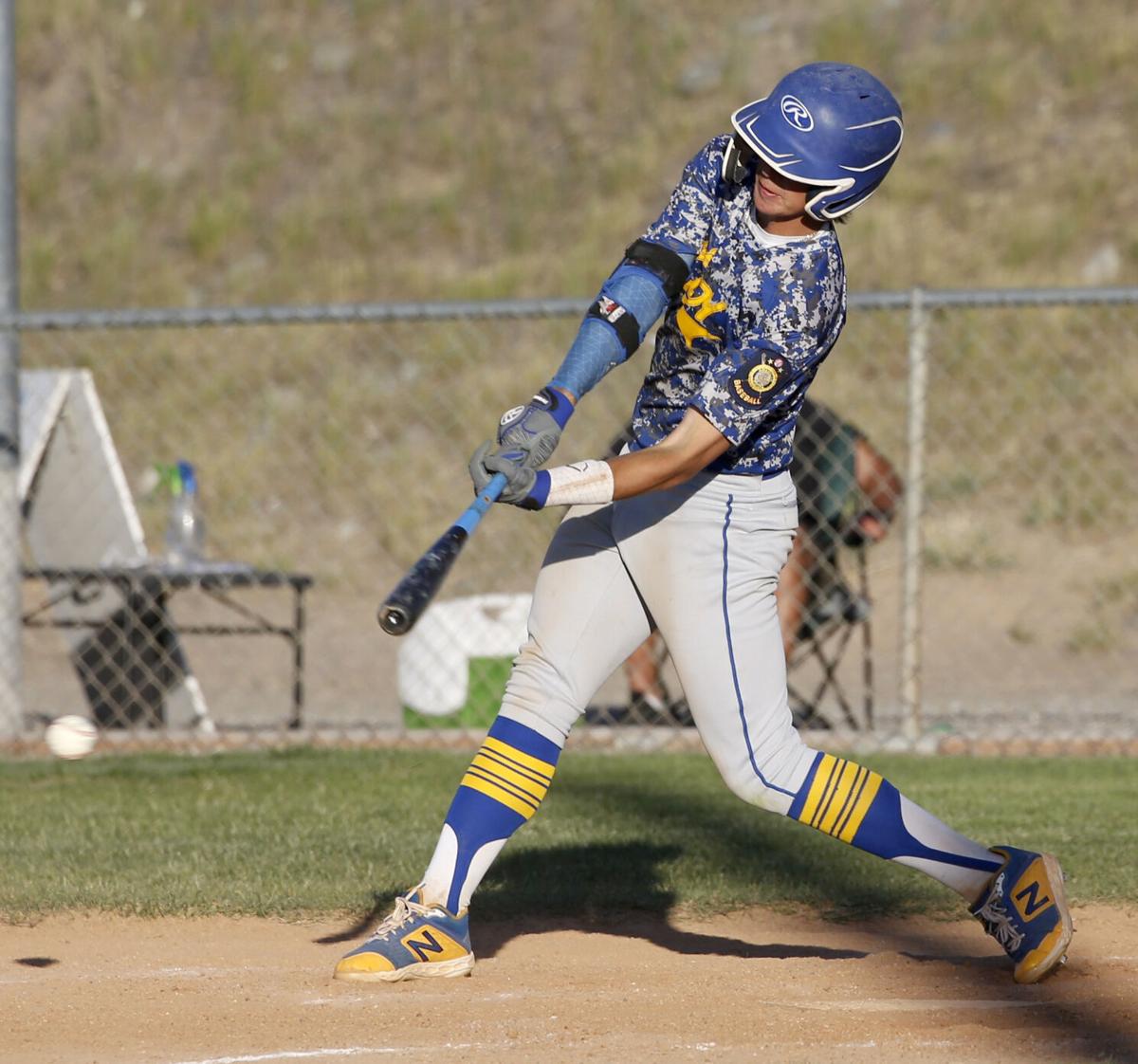 Devyn Engdahl gets a hit. 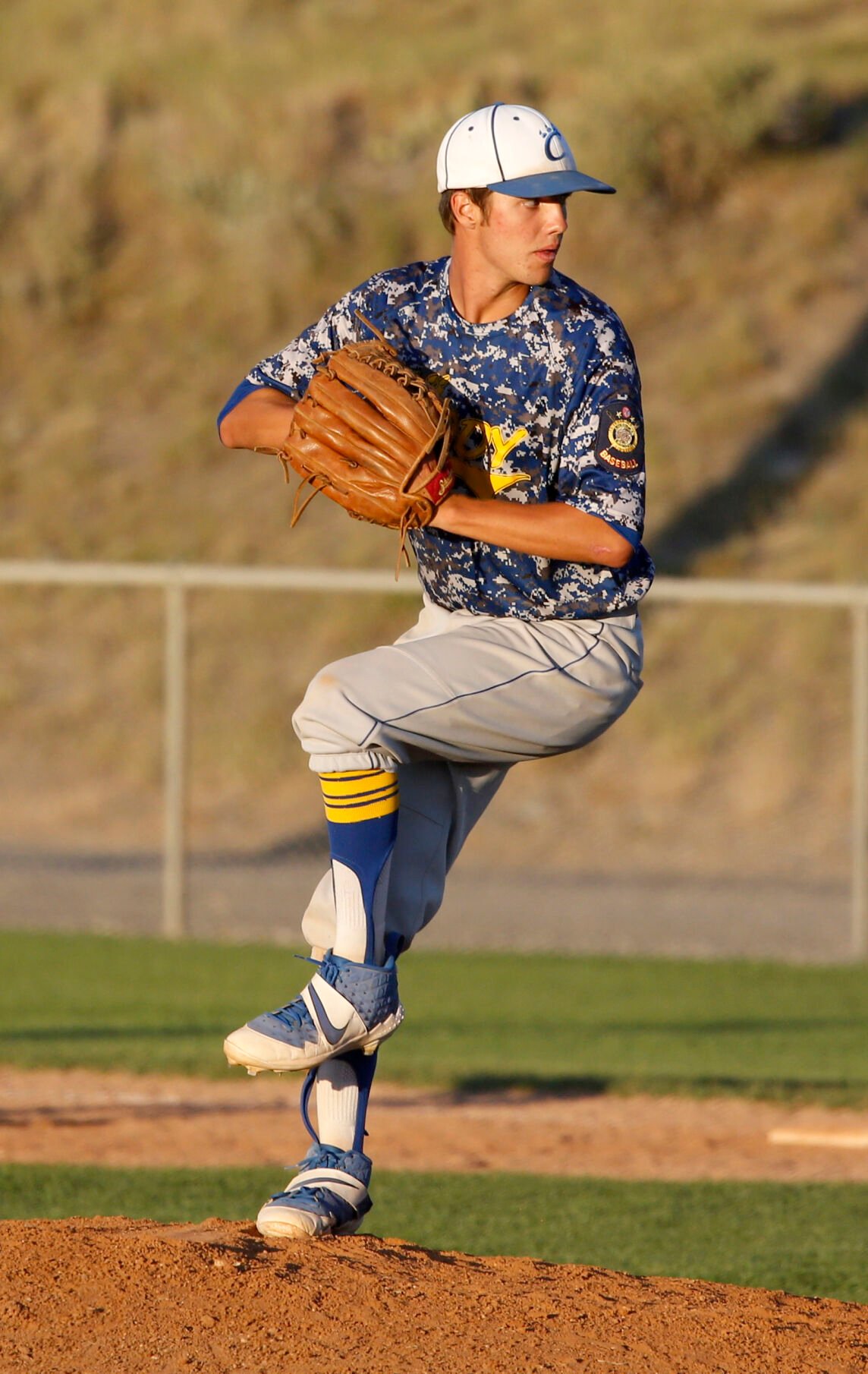 Tyler Grenz fields the ball at second base.

Devyn Engdahl tries to pick off a runner at first.

Cody Phillips gets a hit.

Devyn Engdahl gets a hit.

The Cody Legion baseball team continues its string of games against the World Baseball Showcase team, splitting on Wednesday to improve to 31-15 overall.

Facing another quality pitcher, the Cubs had just three hits in game one Wednesday.

“Every single one of their pitchers threw above what we have seen this year,” Hayden Bronnenberg said.

The Colts scored three in the fourth after a single, walk and three-run homer. They added two runs in the seventh.

Cody scored two in the bottom of the frame. Devyn Engdahl and Schroeder hit singles and Grady McCarten walked to load the bases. Bronnenberg was hit by a pitch to bring in one run and Jack Schroeder scored on a wild pitch.

During all the games against the Colts the teams used wood bats, a first for the Cubs this season.

“It was definitely an adjustment at the beginning,” Bronnenberg said. “But it feels nice when you get a hit with a wood bat.”

At the plate, Engdahl and McCarten went 1-2 and Schroeder 1-3.

“I felt comfortable on the mound,” he said. “I was following Jack (who pitched Tuesday). He did an awesome job and I knew I just needed to go up and throw strikes.”

The Cubs got their first win against the Colts in game two Wednesday.

Cody put up four in the first. A walk, singles by Jared and Tyler Grenz and a double by Engdahl scored three. Following another walk, a single by Moss brought in the fourth run.

“Our offense came out really solid and it was good to see us put up runs in the first,” coach Grenz said.

In the fifth, Cody Phillips hit a double and Ethan Johnston a single before Phillips scored on a ground out by Jared Grenz.

Singles by Bronnenberg and Johnston and a Colt error made it 6-0 in the fourth, and in the fifth, an error, walk and single by Dominic Phillips drove in another.

Cody continued to hit the ball in the sixth. Cody Phillips had a single and then Jared Grenz hit a homer to left. Tyler Grenz hit a triple to left and scored on a passed ball.

“We finally adjusted to their pitching and wanted to win,” Bronnenberg said.

At that point the Cubs had won by the 10-run rule, but the teams decided to keep playing.

World Baseball scored its runs in the seventh.