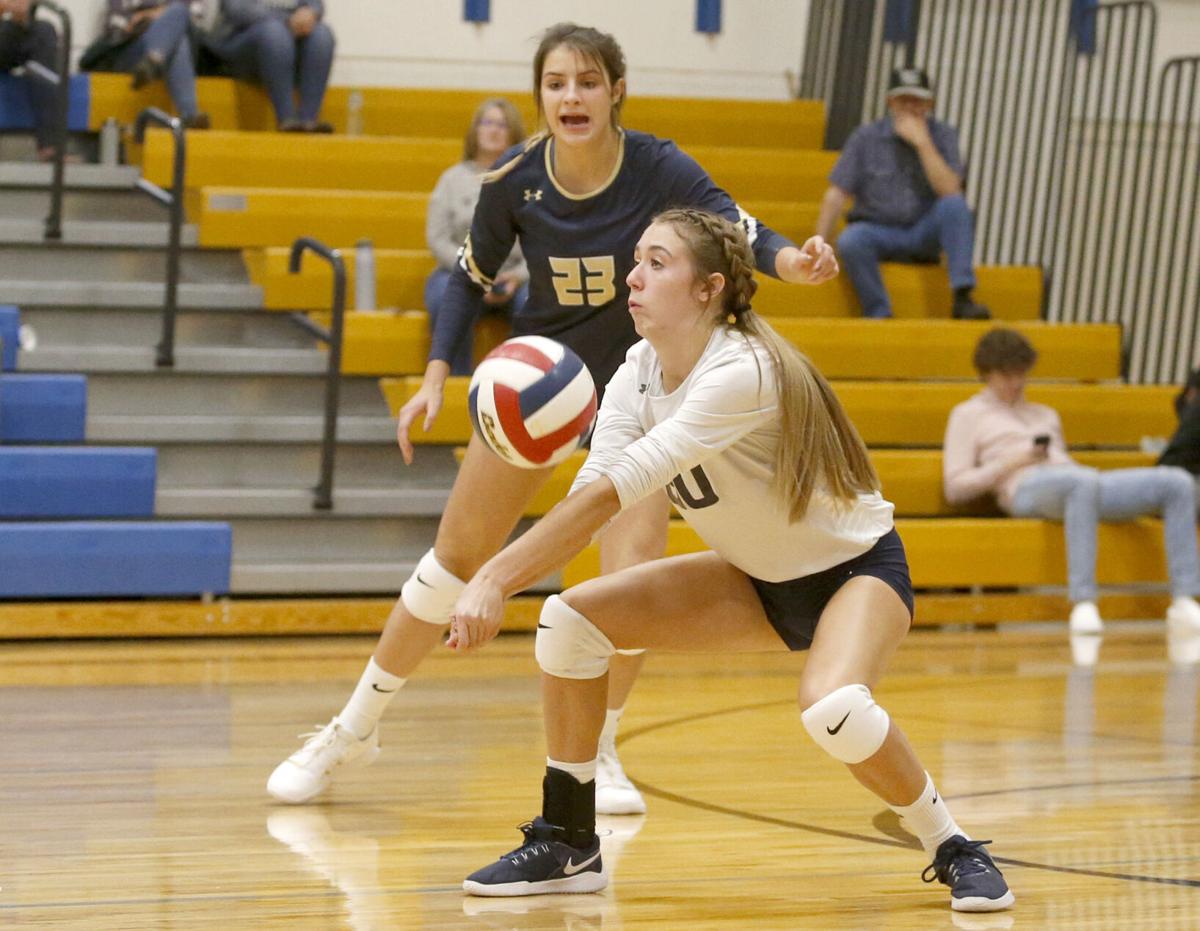 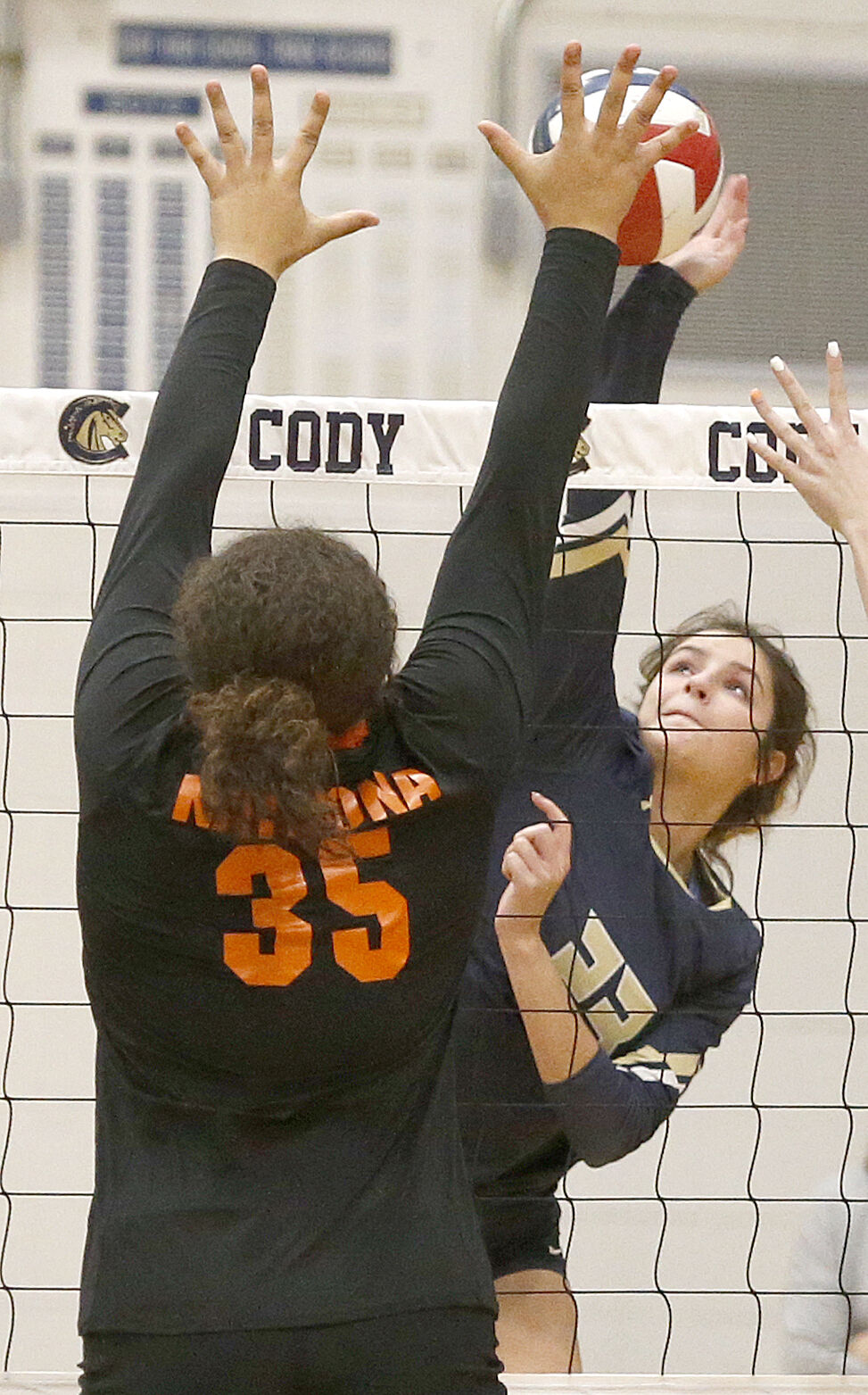 Brittan Bower tries for a kill. 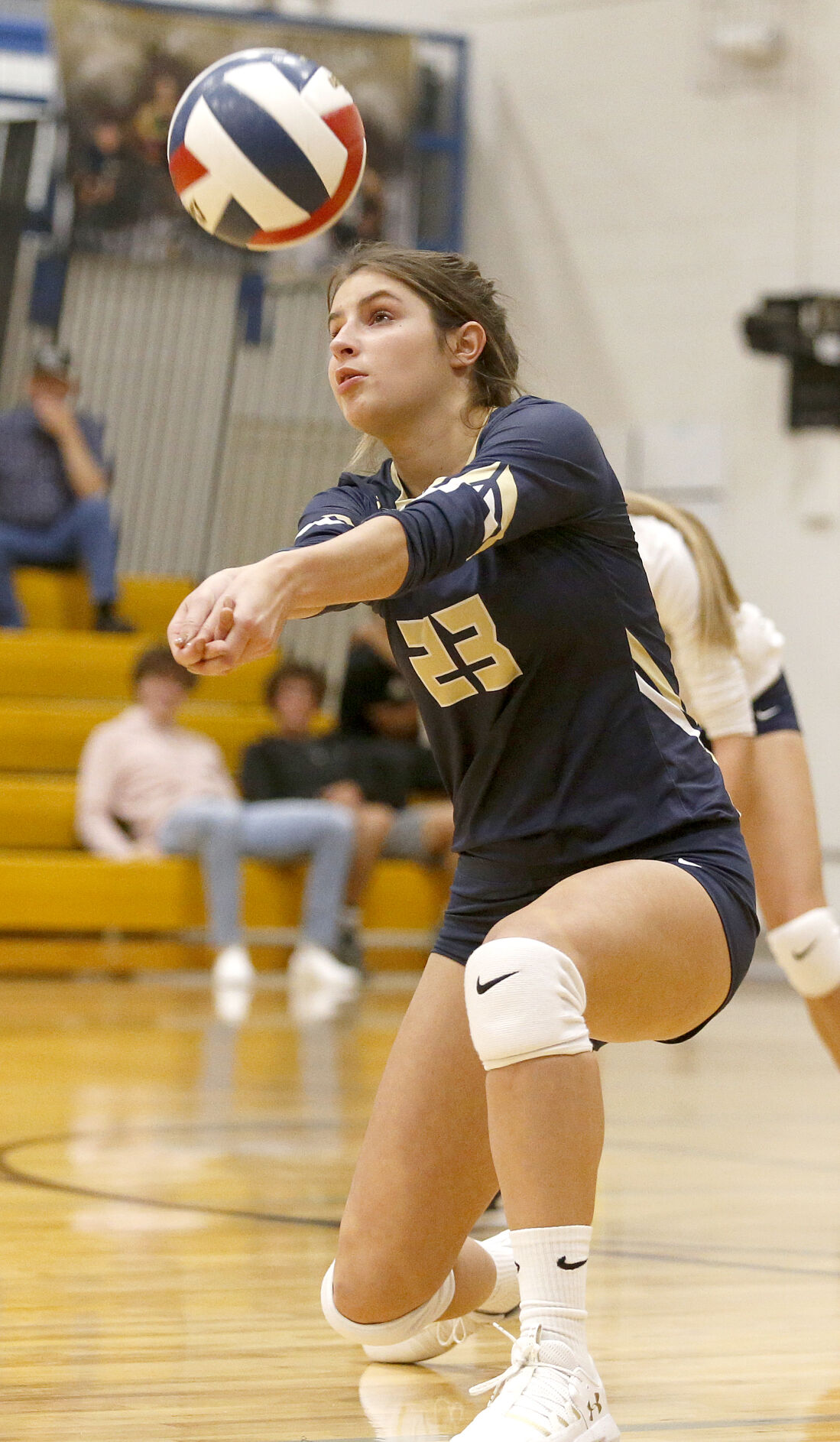 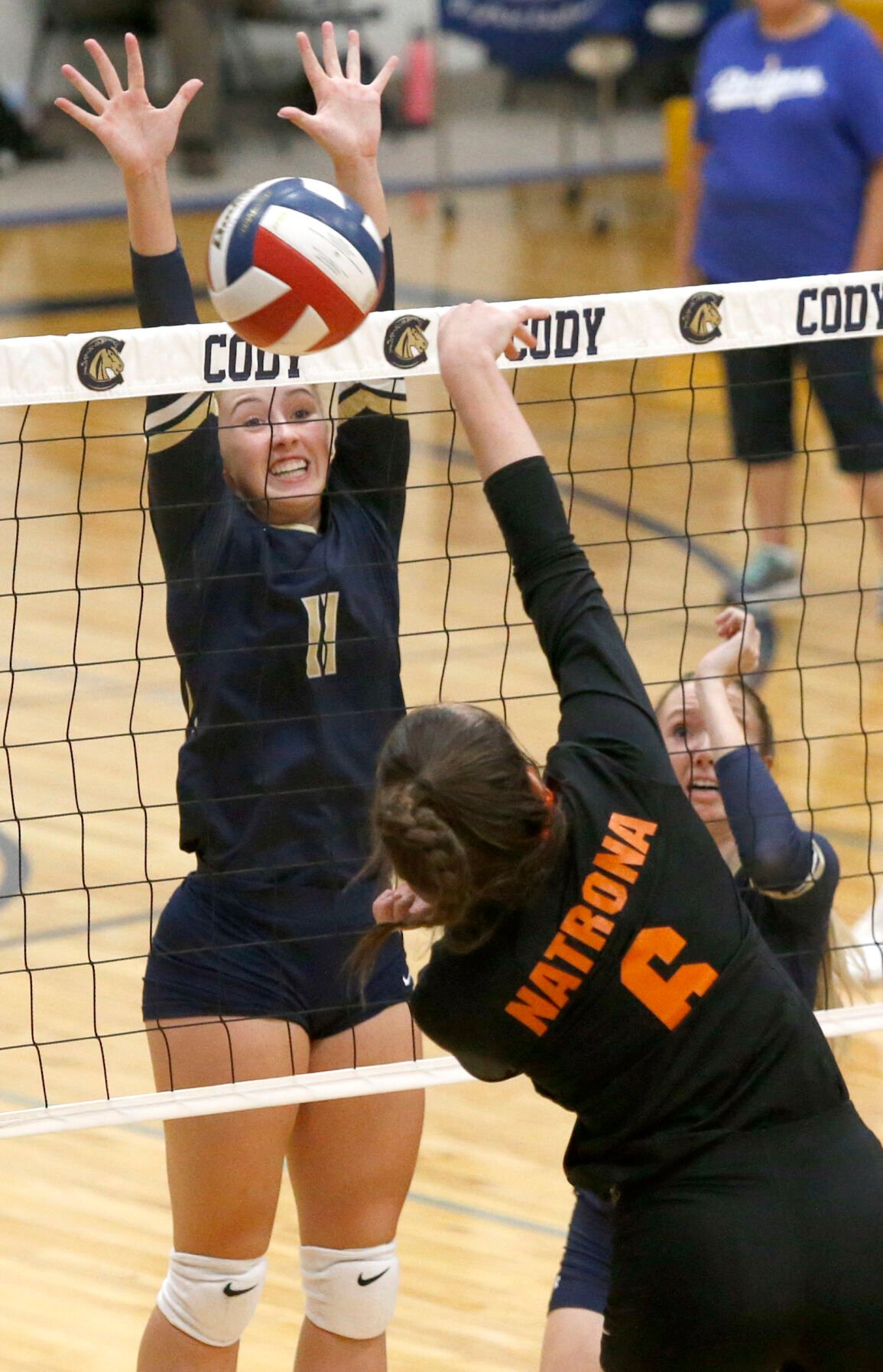 Grace Shaffer goes up for a block against Natrona. 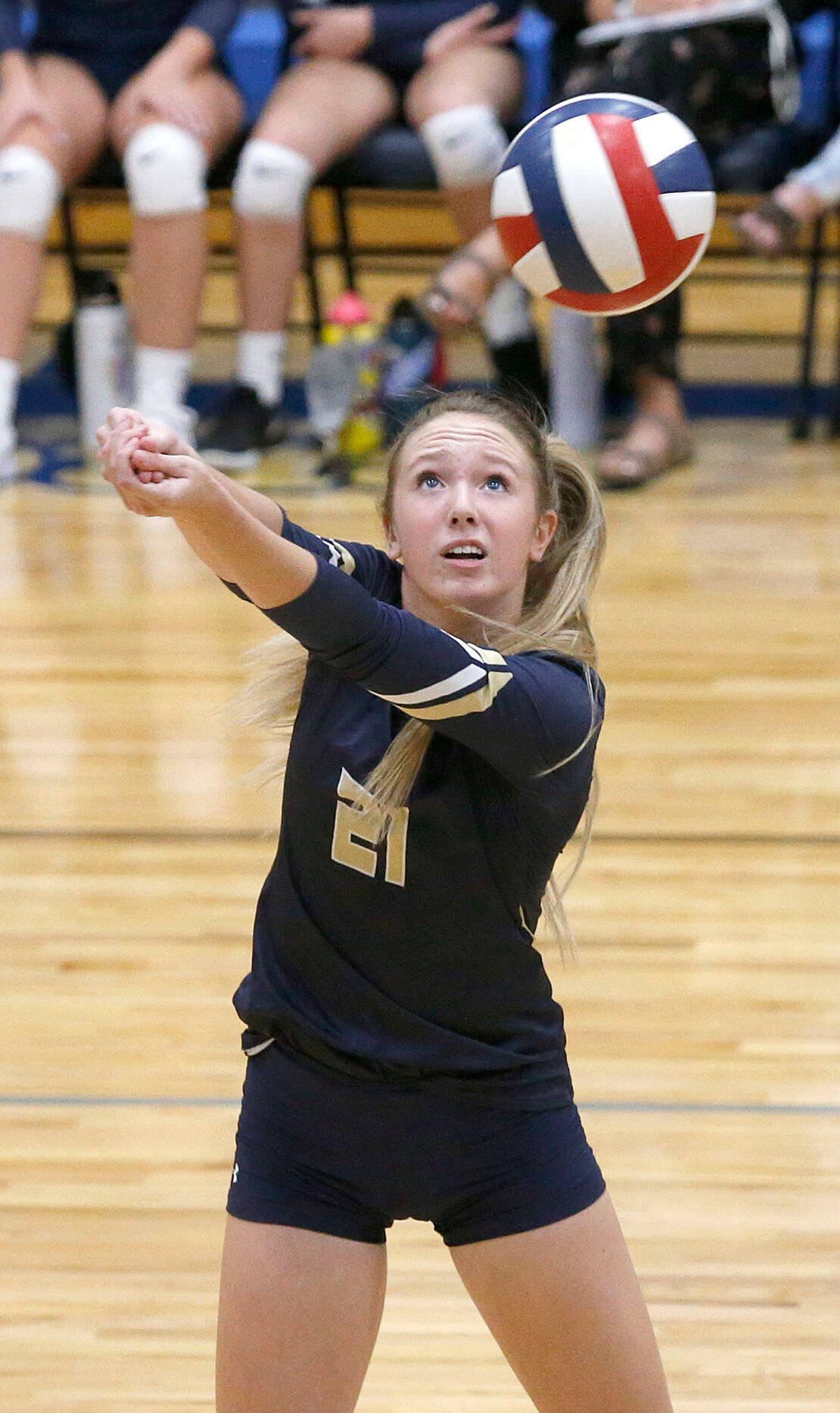 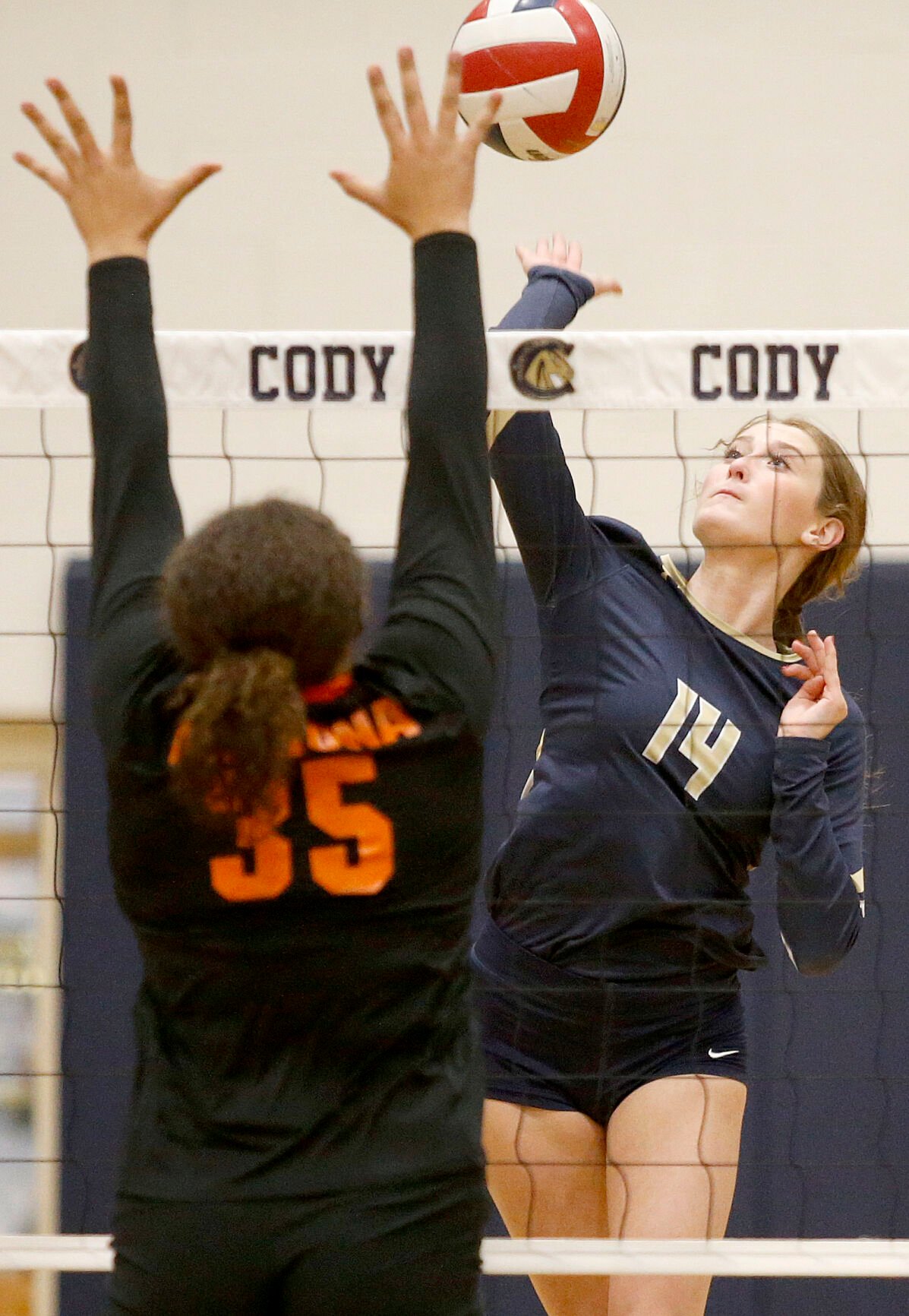 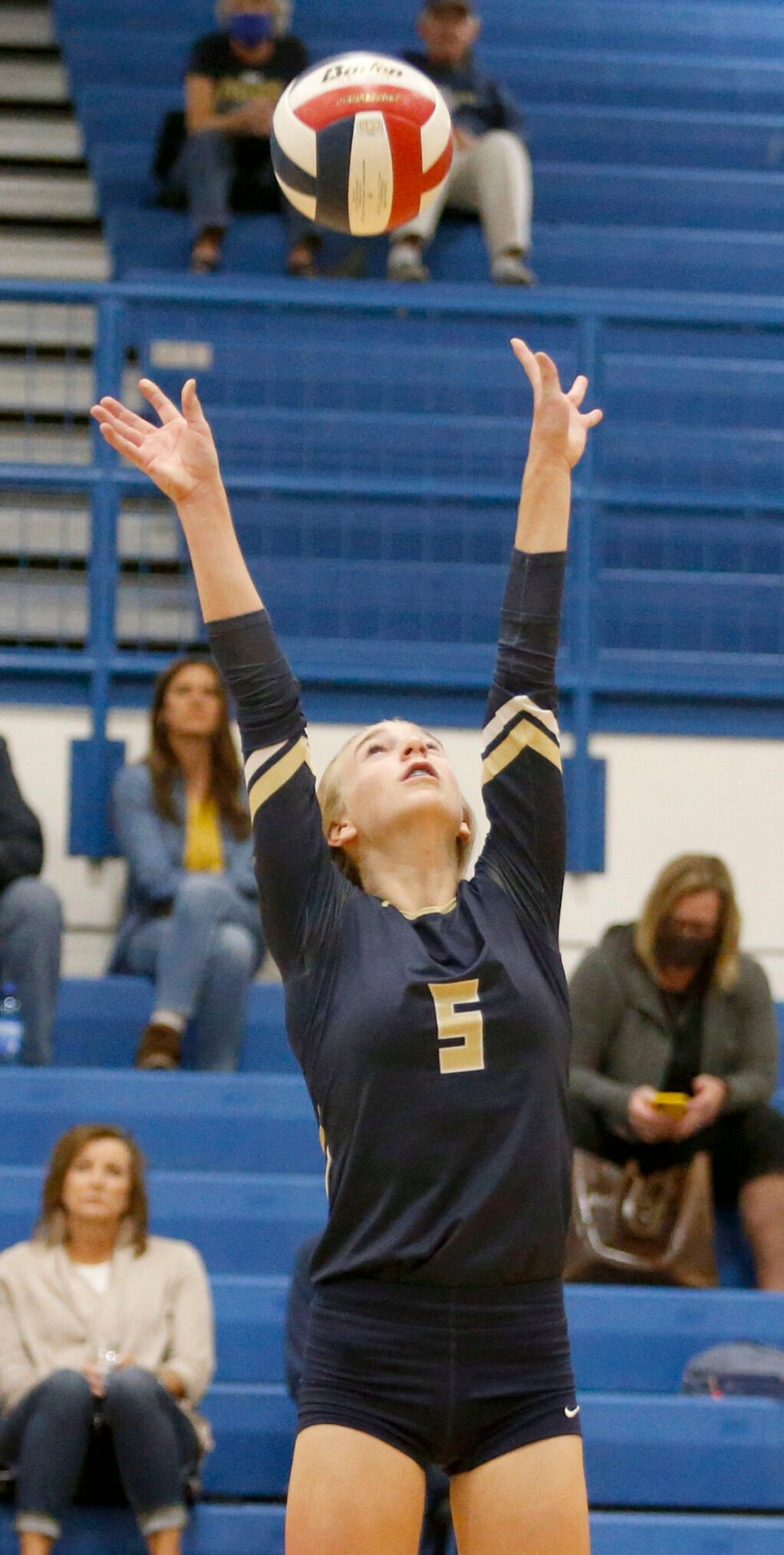 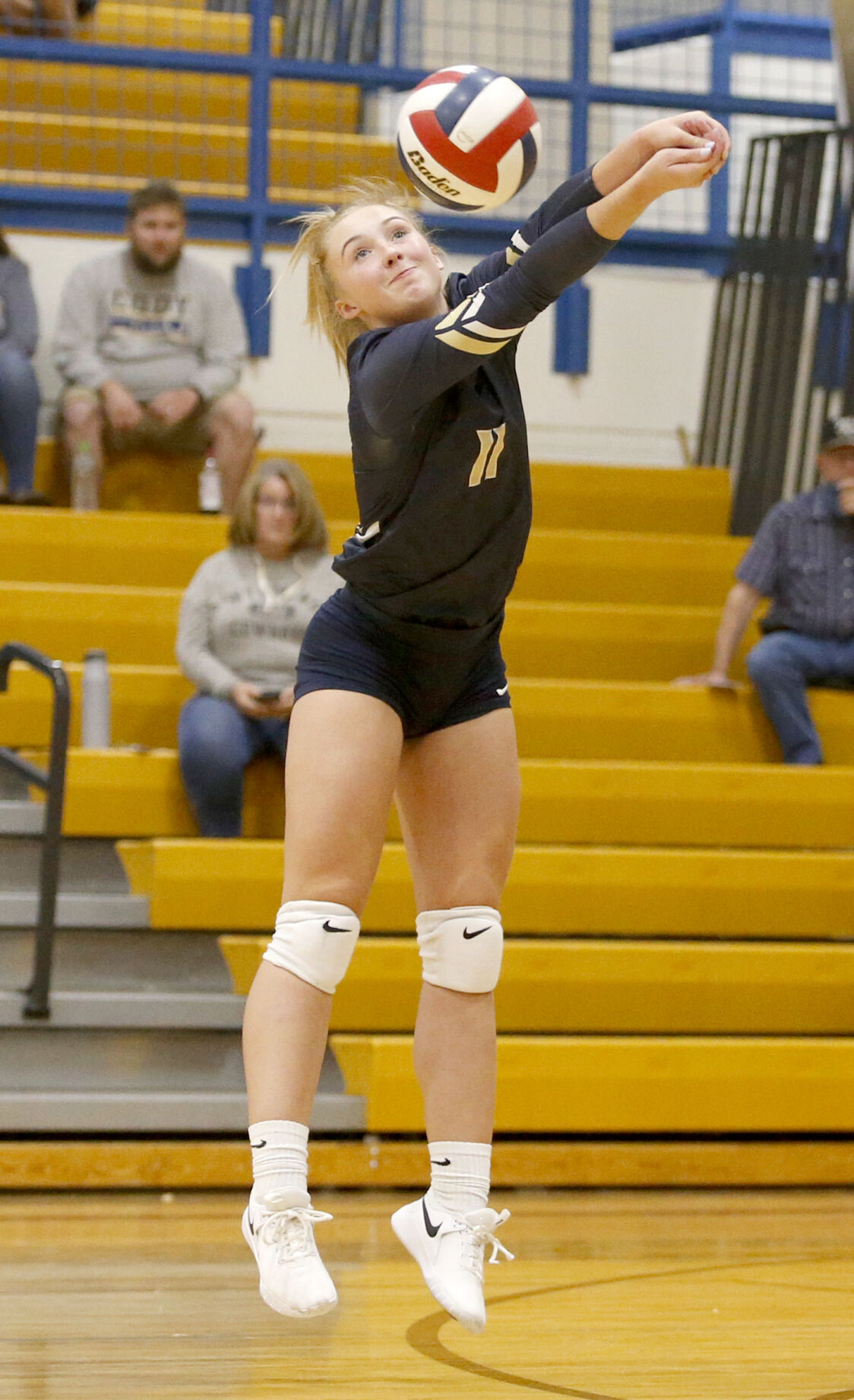 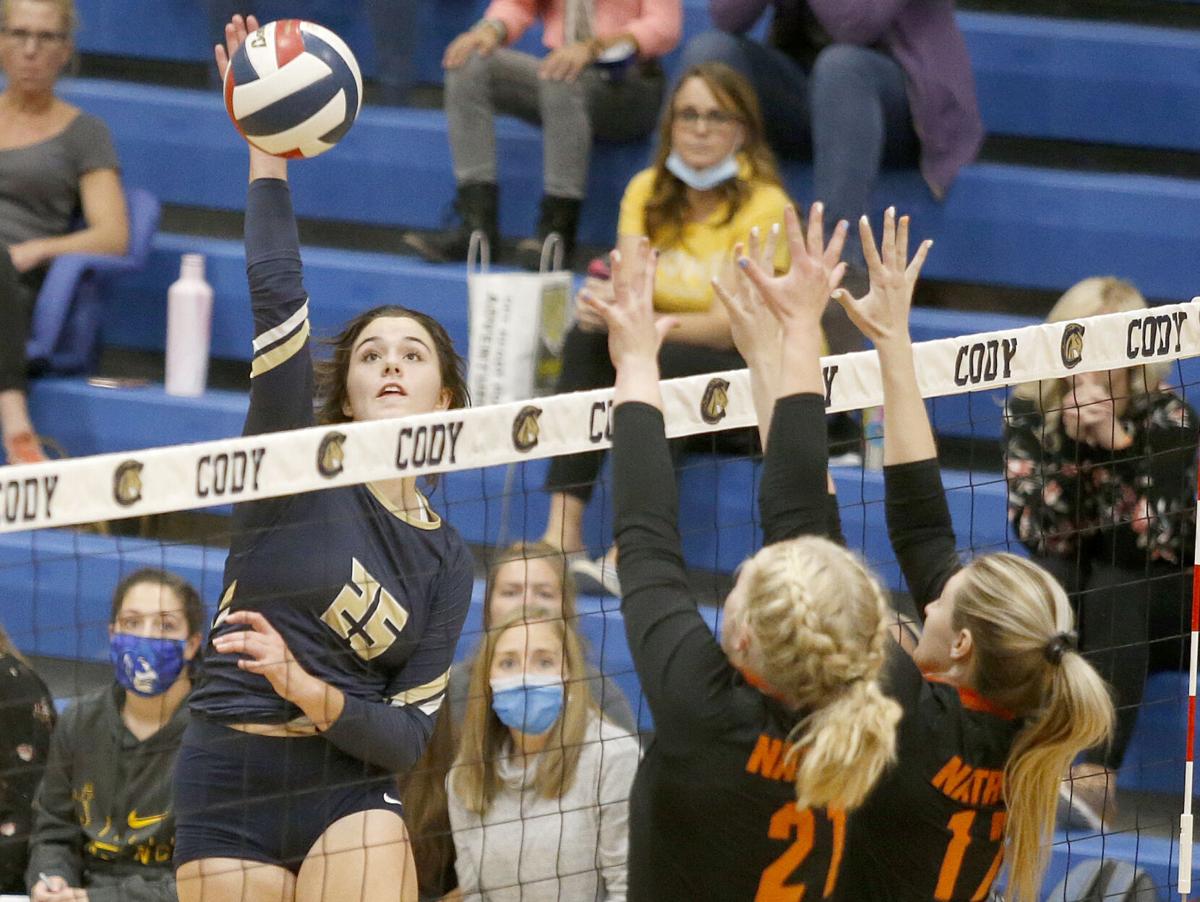 Brittan Bower tries for a kill.

Grace Shaffer goes up for a block against Natrona.

Natrona had too many offensive threats for the Cody volleyball team to contain on Thursday, as the Fillies lost 3-0.

“They’re one of the better teams we’ve seen this year,” coach Stephanie Birch said. “They have more weapons than we do.”

The Lady Mustangs came out swinging in the first set and had Cody back on its heels and trailing 9-3. Natrona continued to pull away, going on an 8-0 run to lead 19-5 before a tip by Molly Hays gave Cody another point.

“They came out ready to lay and we did not,” Birch said.

The Fillies would get three more, two on missed serves by Natrona and the final on a kill by Autumn Wilson before the Lady Mustangs won 25-9.

“We didn’t expect them to be that good and we weren’t ready,” Kennedi Niemann said. “They had a lot of good hitters.”

The second set got off to a similar start. Natrona scored nine in a row to lead 13-3 before Cody scored three in a row on a kill and ace by Grace Shaffer and a misplayed ball by Natrona. Trailing 16-7, the Fillies played some of their  best volleyball of the match, outscoring the Lady Mustangs 10-1 to tie the game at 17. The run included kills by Brittan Bower and Shaffer, and blocks by Shaffer and Lake Harrison.

“They did a little better,” Birch said. “They played less timid and more aggressive.”

The game was tied three more times before a hitting error and carry by Cody gave Natrona a two-point advantage. From there they pulled away to win 25-22.

Cody did a better job of staying with the Lady Mustangs in the third set, keeping within three points early on. Cody utilized a cross court attack to get around Natrona’s towering block.

“They had a big block, but once we figured out to hit to the corners that helped a lot,” Kennedi said.

Trailing 14-12, a kill by Wilson and ace by Shaffer tied the game at 14. The game was tied again at 15, before Natrona scored three in a row. A tip by Wilson made it 18-16, but the Fillies remained stuck at 16 for six straight points as the Lady Mustangs set up game point. A kill by Bower stopped the run, but Natrona ended it with a kill to win 25-17.