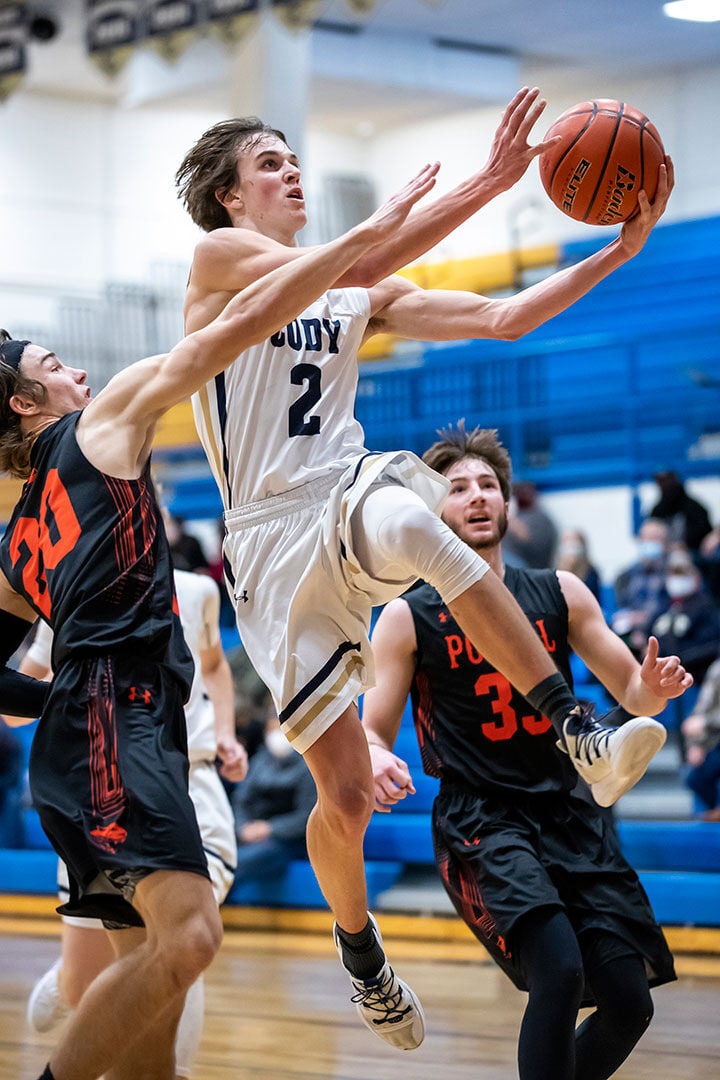 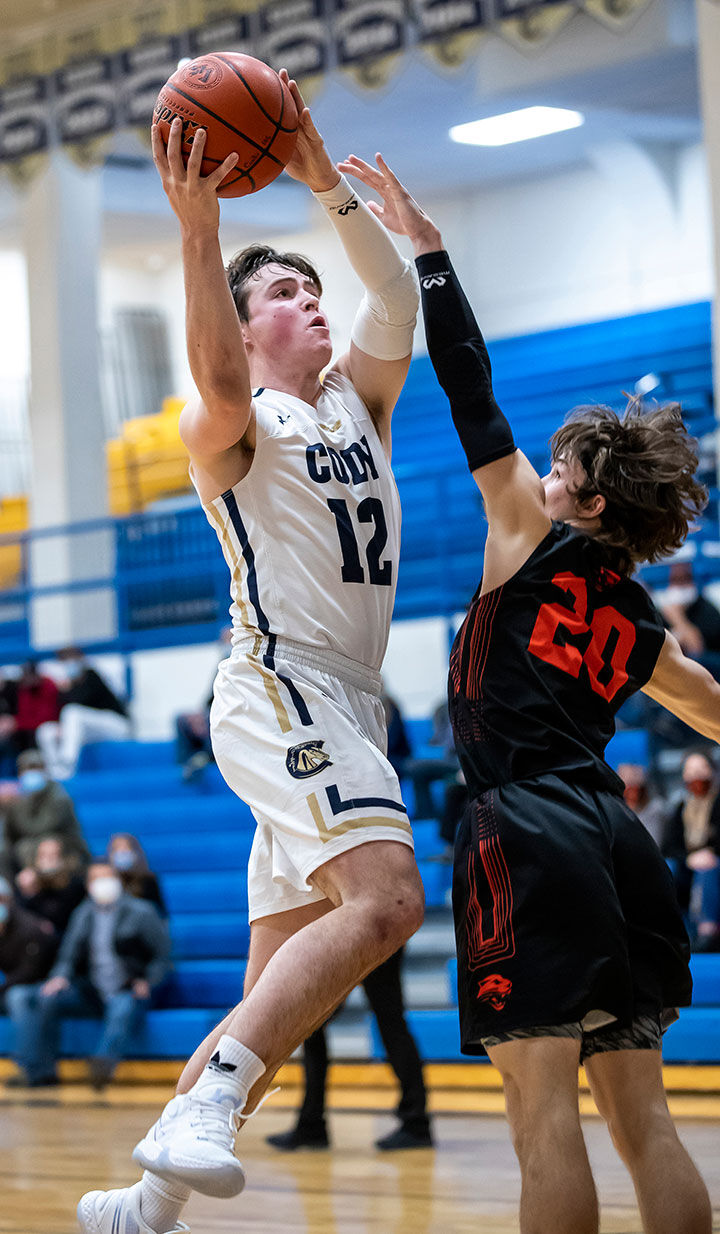 Cody senior Caleb Pryor goes up for a shot against Powell defender Zack Ratcliff on Thursday at Sweitzer Gym.

Cody senior Caleb Pryor goes up for a shot against Powell defender Zack Ratcliff on Thursday at Sweitzer Gym.

It was a tough weekend for the Cody boys basketball team, as they dropped both games they played and fell to 0-4 on the season.

Nic Talich knows how to hustle. The senior isn’t afraid to dive after loose balls, chase down opponents on the fast break or fight for every rebound.

“I’m not the best scorer and I know some of the guys on the team are, so that’s what I try to bring to those guys every time,” he said. “I just hope it helps them out.”

The No. 3-ranked Panthers (4-0) came out strong, going on a 9-0 run to open the game, fighting for missed shots and forcing turnovers. Those turnovers let Powell show off a transition game that the Broncs couldn’t find an answer for.

“I think in the first half we weren’t the aggressive team,” coach Jacob Kraft said. “Powell was more aggressive, especially on the glass.”

The Panthers tallied nine second-chance points and 18 points off turnovers, numbers that ended up being the deciding factors in the loss

Talich’s brother Luke led the way for the Broncs, notching 13 points in the second half after first-half foul trouble saw him sit on the bench. Senior Cody Phillips shouldered the scoring load in Talich’s absence in the first half, scoring 10 points before the break to keep the deficit at single digits for the Broncs.

The Broncs tried to claw it back, but the game was never tied after the first minute. Cody allowed just six points in the third quarter – the lowest number allowed so far this season – and brought it back within two points multiple times in the second half, but couldn’t find the basket they needed to even the score.

Gatorade Player of the Year Sam Lecholat lived up to his billing. The Sheridan senior was dominant throughout the game, snatching rebounds and showing good touch in the post as he led his team to a 67-14 victory over the Broncs.

The loss hasn’t changed the plans for the players.

“We have to stay focused on our goals for the entire season and get back to work,” said senior Caleb Pryor. “As tough as the loss was, it does not impact any long-term goal to make the state tournament at the end of the year.”

Second-ranked Sheridan (3-0) was in control from the outset, building up a 15-point lead in the first quarter on the strength of a well-executed full-court press that made it difficult for the Broncs to get the ball across the half-court line, let alone run their offense.

Sheridan’s swarming defense kept the Broncs in check, not allowing a field goal in the second or fourth quarters and giving up just six points total over the final 24 minutes of the game.

Cody Phillips and Robbie Porter each scored three for Cody.

“A loss like that kind of hurts,” Kraft said, “but by the time we were eating and got on the bus, the kids had moved on. We look at this as just one game on the schedule rather than the mood for the whole season.”

The Broncs will have to wait until the new year to play for their first win of the season. They’ll look to get it on Jan. 9 when they travel to Lovell to take on the 3A Bulldogs (1-2).