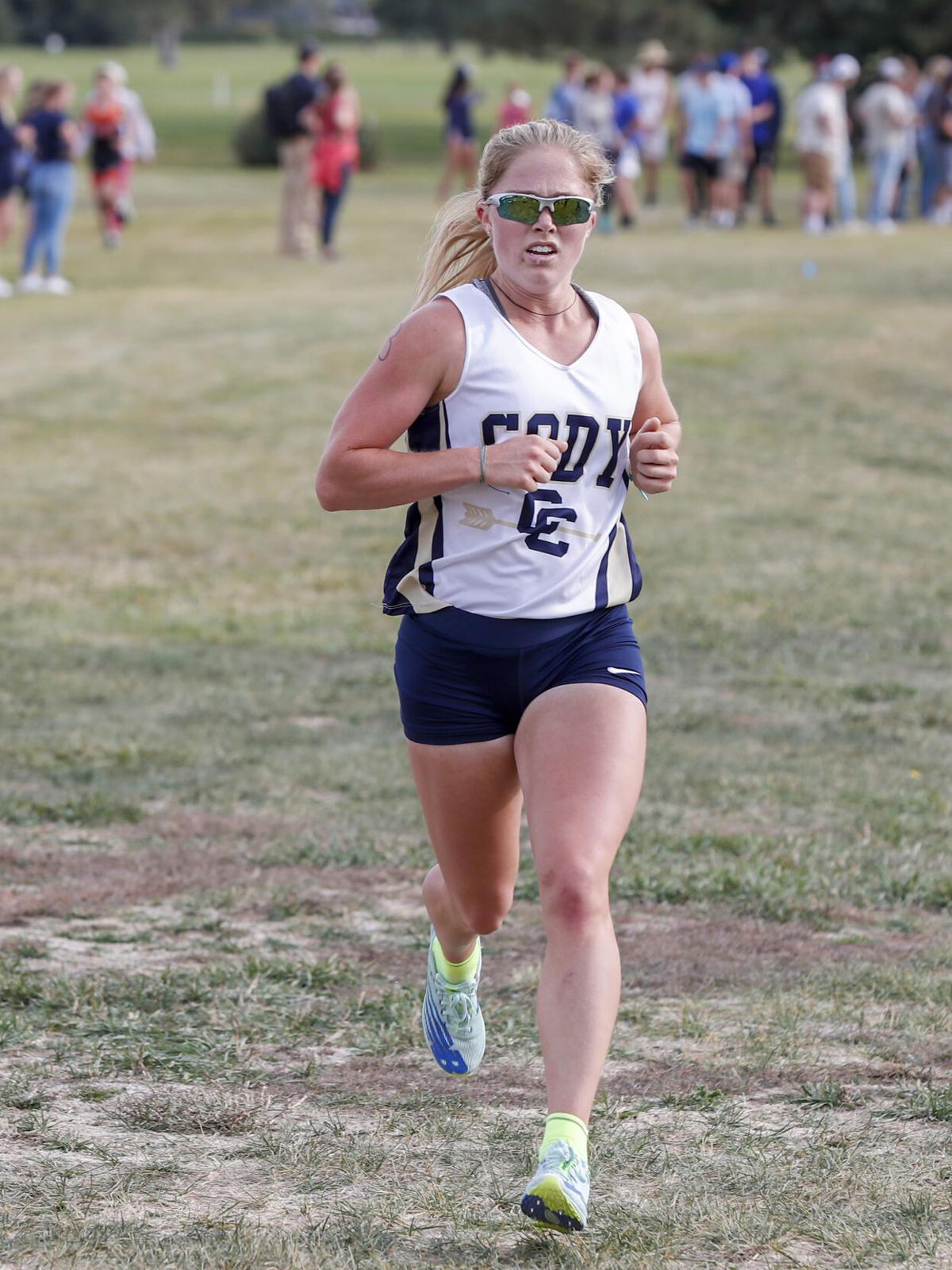 Kinley Bollinger was eventually convinced by coach Maggie Kirkham to join the Fillies for her senior year. 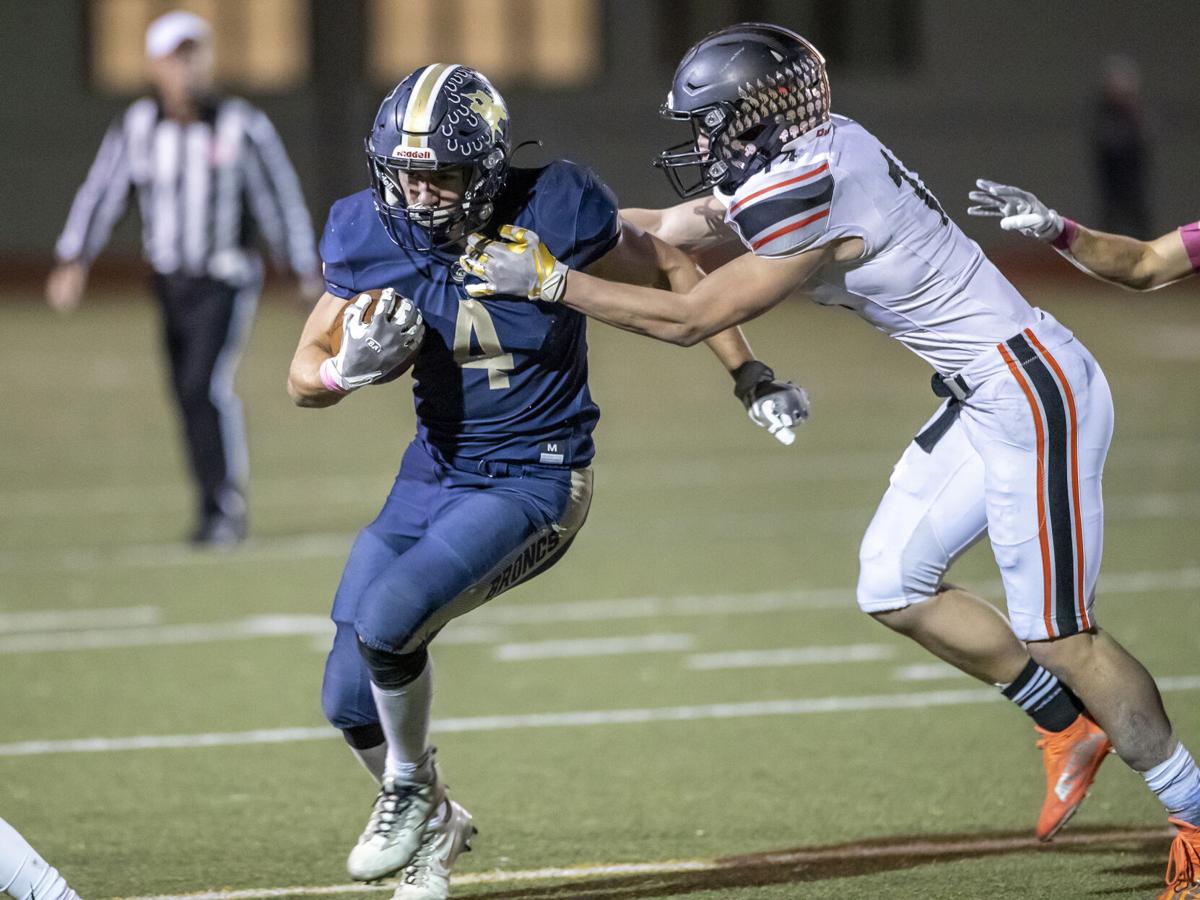 Grayson Beaudrie has excelled as both a linebacker and fullback after a suggestion by a friend to join the Broncs football team this year.

Kinley Bollinger was eventually convinced by coach Maggie Kirkham to join the Fillies for her senior year.

Grayson Beaudrie has excelled as both a linebacker and fullback after a suggestion by a friend to join the Broncs football team this year.

Countless students across the nation sit on the sidelines and wonder what would happen if they took a chance and got in on the action.

For two Cody High School students, taking that chance and getting off the sidelines have led to a mountain of success and a championship pedigree.

Senior cross country runner Kinley Bollinger had never participated in a high school sport, yet at the urging of coach Maggie Kirkham joined the team, earning all-conference honors and helping lead the Fillies to their third consecutive state championship.

Cody Bronc football standout Grayson Beaudrie went from cheering from the stands his sophomore year to emerging as the undefeated Broncs leading tackler at linebacker and a 3A West conference champion.

He leads a stingy defense that could help land the Broncs in the state championship game next week in Laramie.

The two were convinced by others to join their respective fall sports.

“The only activity I had participated in was band,” Bollinger said. “I thought about doing some sports my freshman year, but I take band seriously as the head drum major and I didn’t think I would be able to juggle that with a sport.”

That juggling act, however, turned out to be a key to an undefeated season and state championship for the Fillies.

They also won the Billings Invitational for the first time to start the season in Bollinger’s first-ever high school sports competition.

She finished ninth against the best runners in Montana in a field of 118 girls, one of four Fillies to finish in the top 10.

“I was not prepared for the first meet,” Bollinger said. “I was prepared in terms of training, but I’m used to running long distances. I knew we were going to go out fast. I’m pretty sure after my first mile it was close to 6 minutes flat. At that point I was just trying to hold on.”

She held on and then some, racking up fifth place finishes at the Buffalo Invitational, Warrior Invitational and Powell Invitational.

Her 11th place finish at the state meet was one place shy of all-state honors.

Bollinger’s coach saw her potential before Bollinger did.

“I saw her running on a treadmill while I was working out at the rec center and thought, ‘Wow, that girl is hauling’,” Kirkham said. “I knew she had been training for half marathons and saw her times and knew she would help us out.”

It’s a good thing the coach doesn’t take no for an answer.

“She asked me multiple times to join the team,” Bollinger said. “Then I kept seeing her around town in the most random places and thought, ‘Okay, apparently I am meant to do this because I keep seeing this lady and she’s not giving up’.”

For Beaudrie it didn’t take quite as much convincing to try out for a spot on the field for the Broncs.

After he sat out last season to focus on his wrestling, a suggestion from a friend and some relationship building in the weight room with the football team were the prompts he needed.

“I was in zero hour lifting with the football team, making big gains, having a good time, and one of my good buddies, Jackson Wood, said, ‘Hey, you should join the football team,’” Beaudrie said. “I was thinking about it, and decided I might as well.”

After summer workouts on the field it became apparent the junior was going to fit in perfectly with the Broncs.

And after playing center and on the defensive line in junior high and as a freshman, he got word he was in for a couple of big position changes.

“I’ve never played standing up,” Beaudrie said. “The coaches said, ‘Grayson, you’re playing linebacker.’ I said, ‘Great. Can I play fullback?’ They said, ‘Yup, you can run the ball.’”

Beaudrie has not only excelled at linebacker, averaging eight tackles per game with five sacks, four tackles for loss and a fumble recovery, but also averaged 5.7 yards per carry to end the regular season.

“From a production standpoint, Grayson has been great. He is a student of the game and puts in the time it takes to be great on defense,” coach Matt McFadden said. “More importantly, he has impressed me with his attitude. He is always smiling, excited to be at practice, lifting weights and watching film. He enjoys being a part of this team and we are glad he is.”

The Broncs hope to keep the celebrations rolling as they strive to add another chapter in a success story that reads like a book with a win this weekend in the 3A state semifinals.

“I’m really glad I decided to play,” Beaudrie said. “I definitely like tackling guys, but I really love the team aspect. Being around a bunch of great guys and working together has been awesome.”