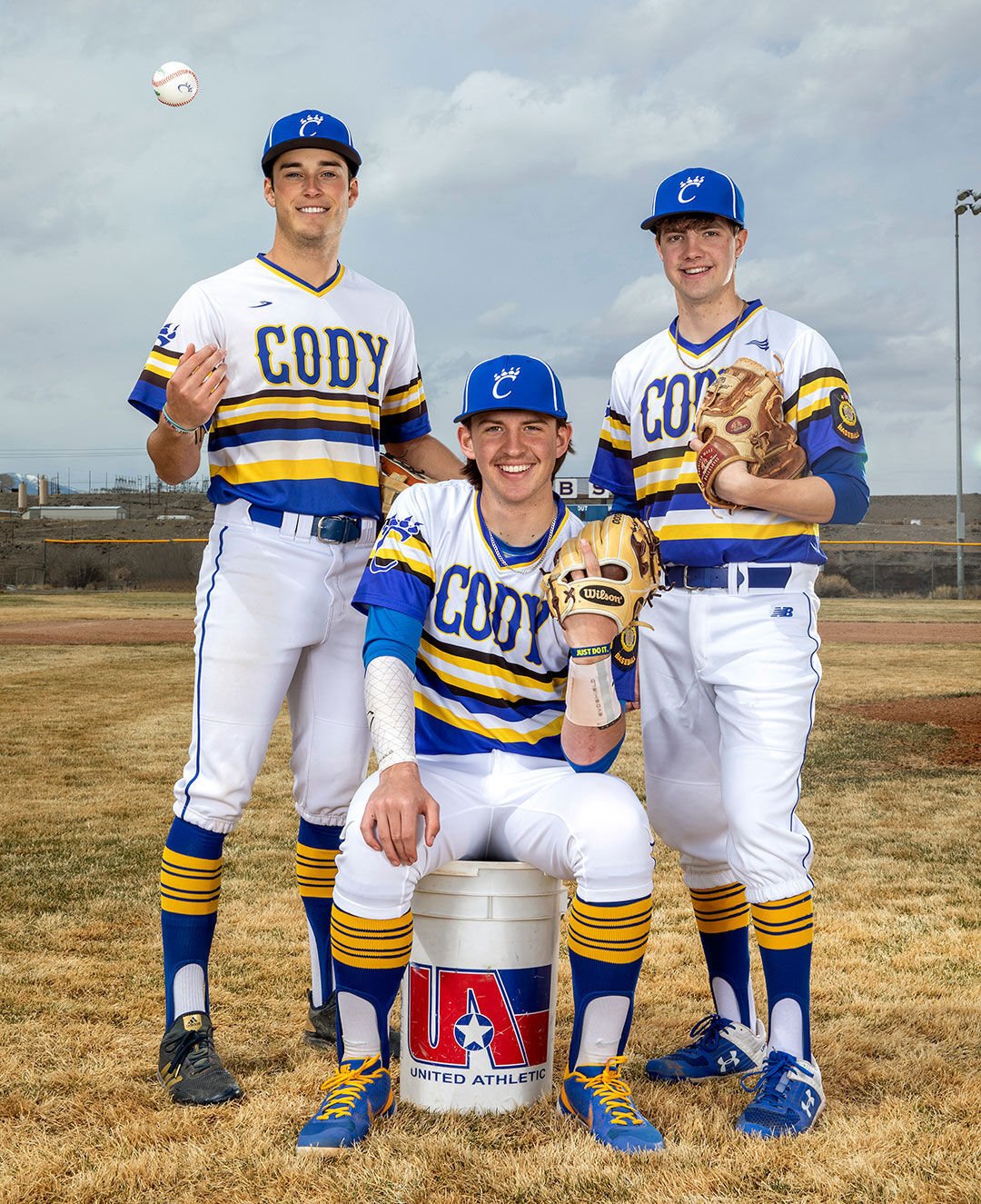 Tristan Blatt (from left), Devyn Engdahl and Ethan Johnston are three of the All-State returners to the Cody Legion baseball team this season. 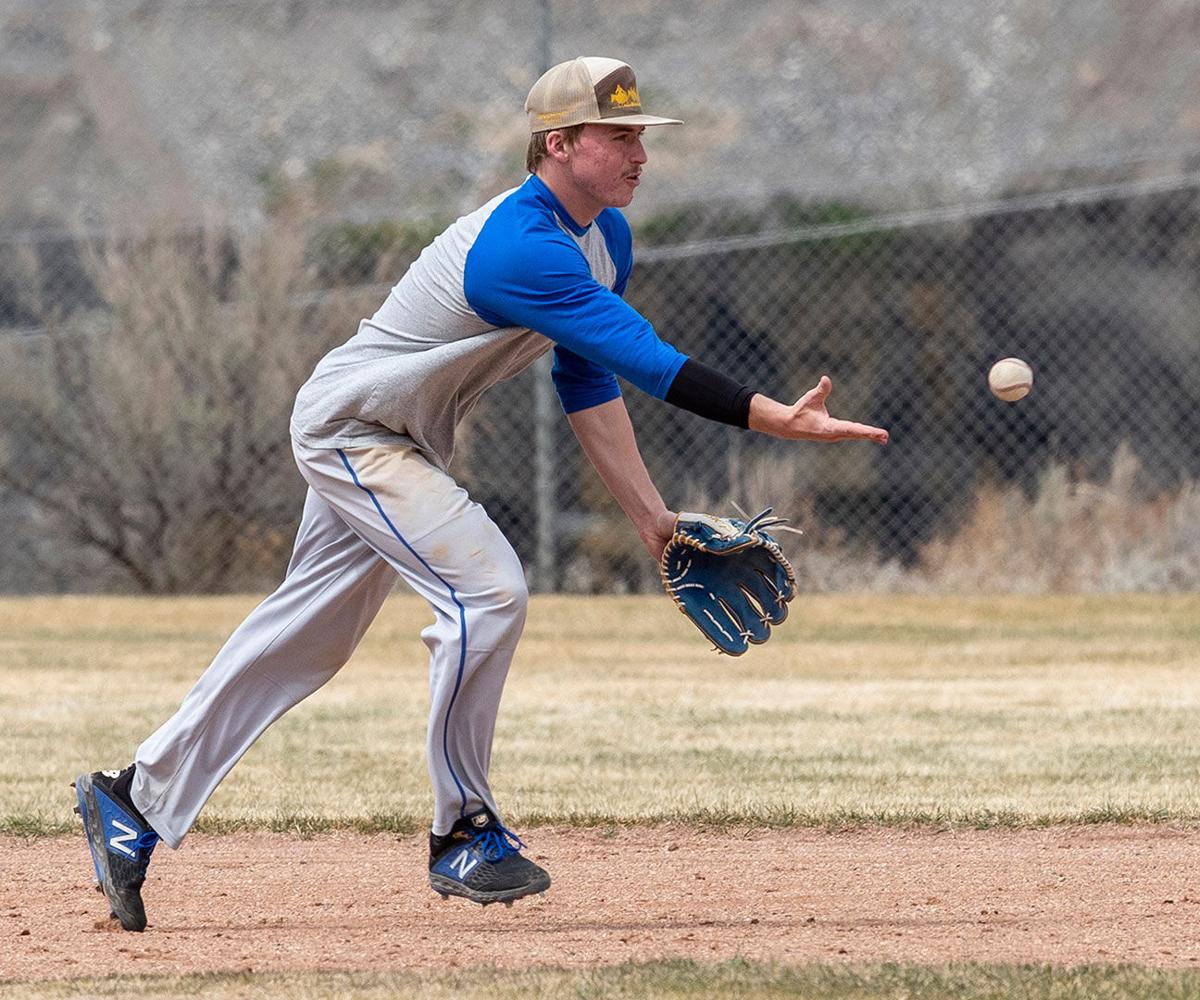 Shortstop Tyler Grenz tosses the ball to second base. 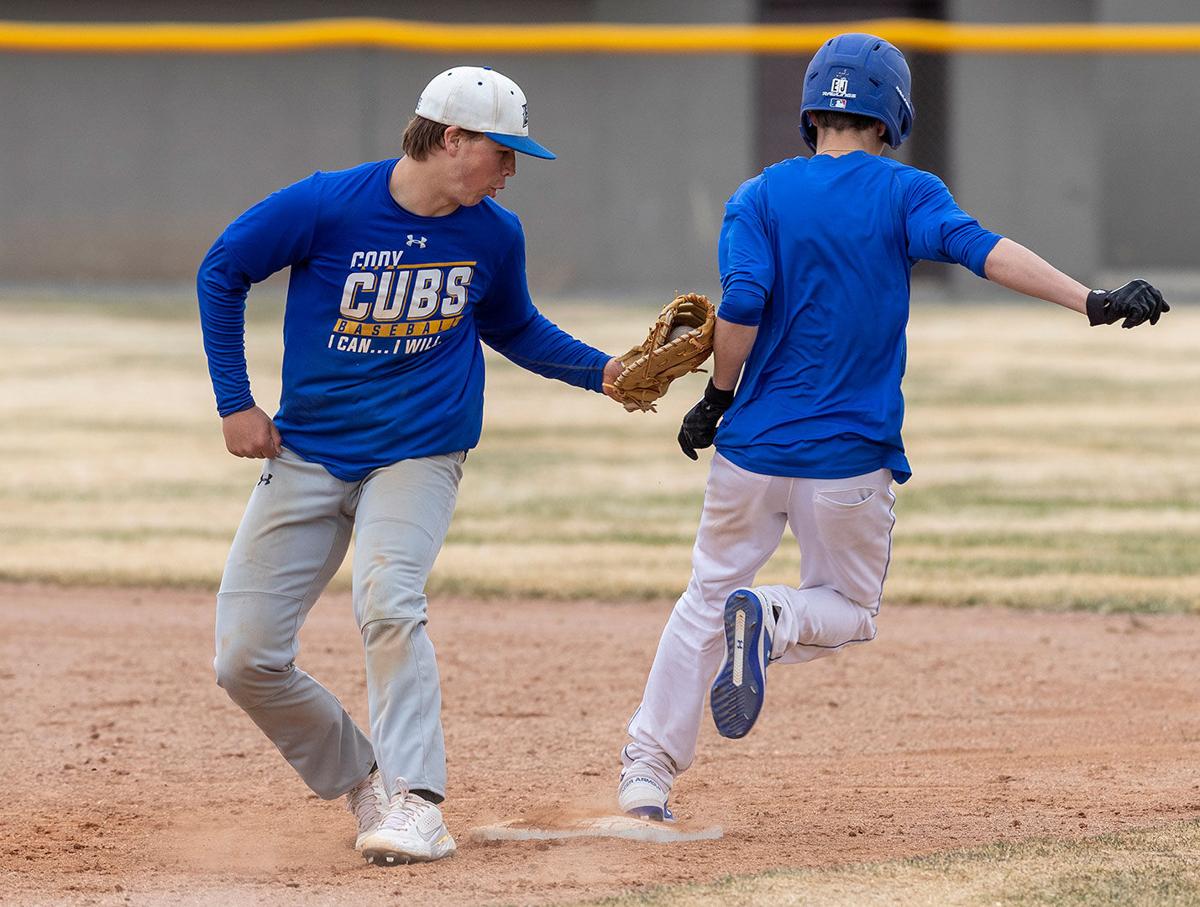 Jack Schroeder tries to tag out Eli Johnston at first base. 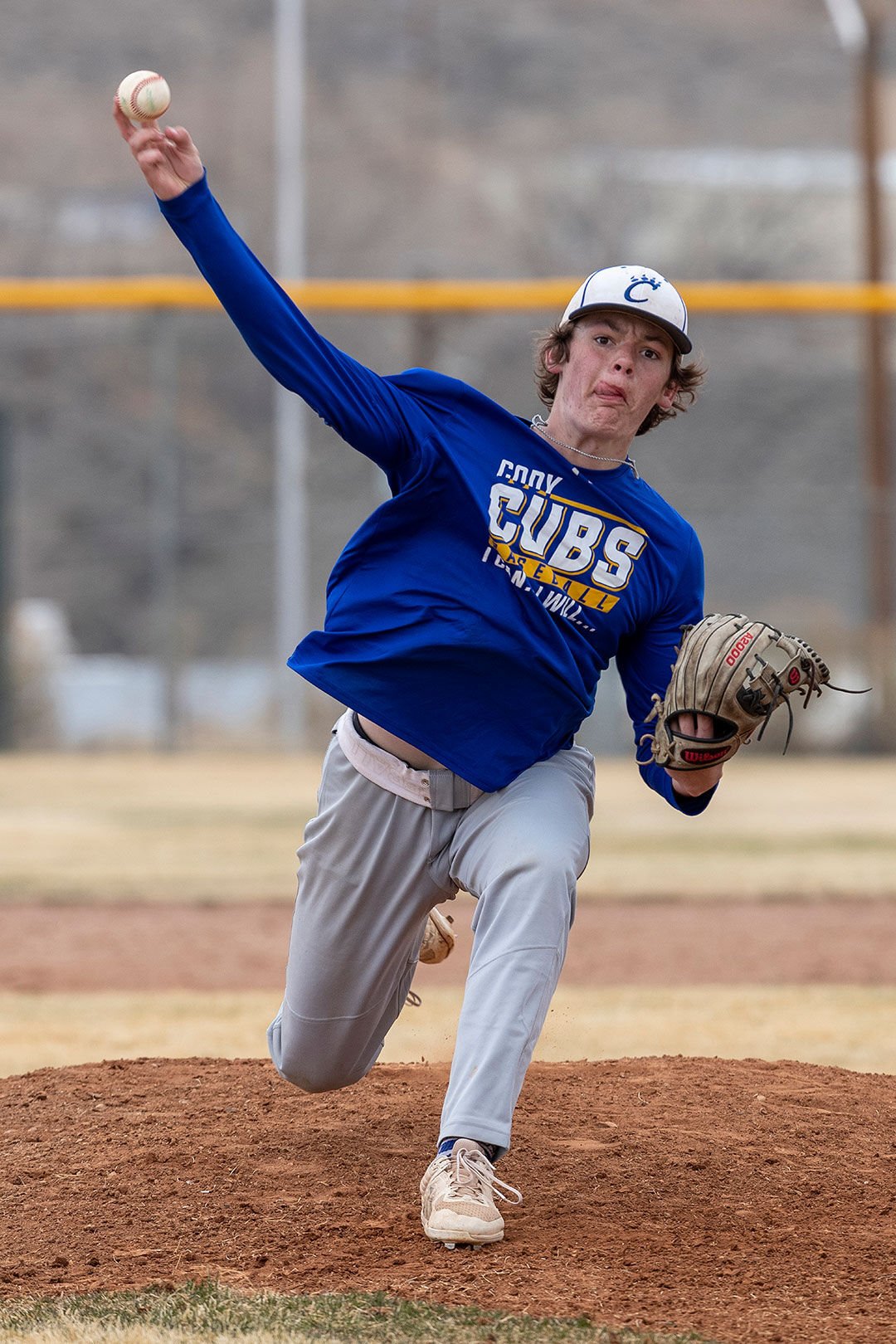 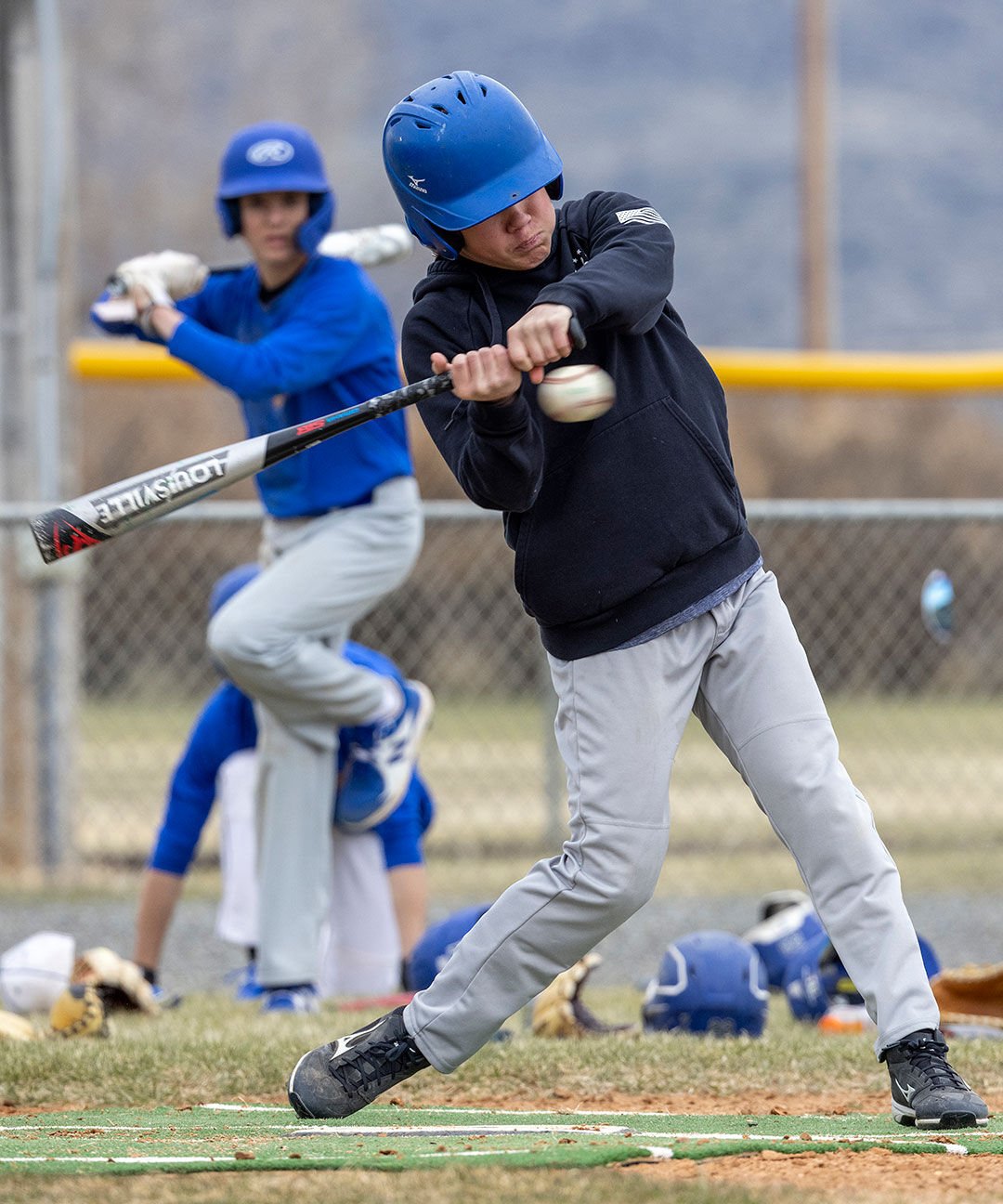 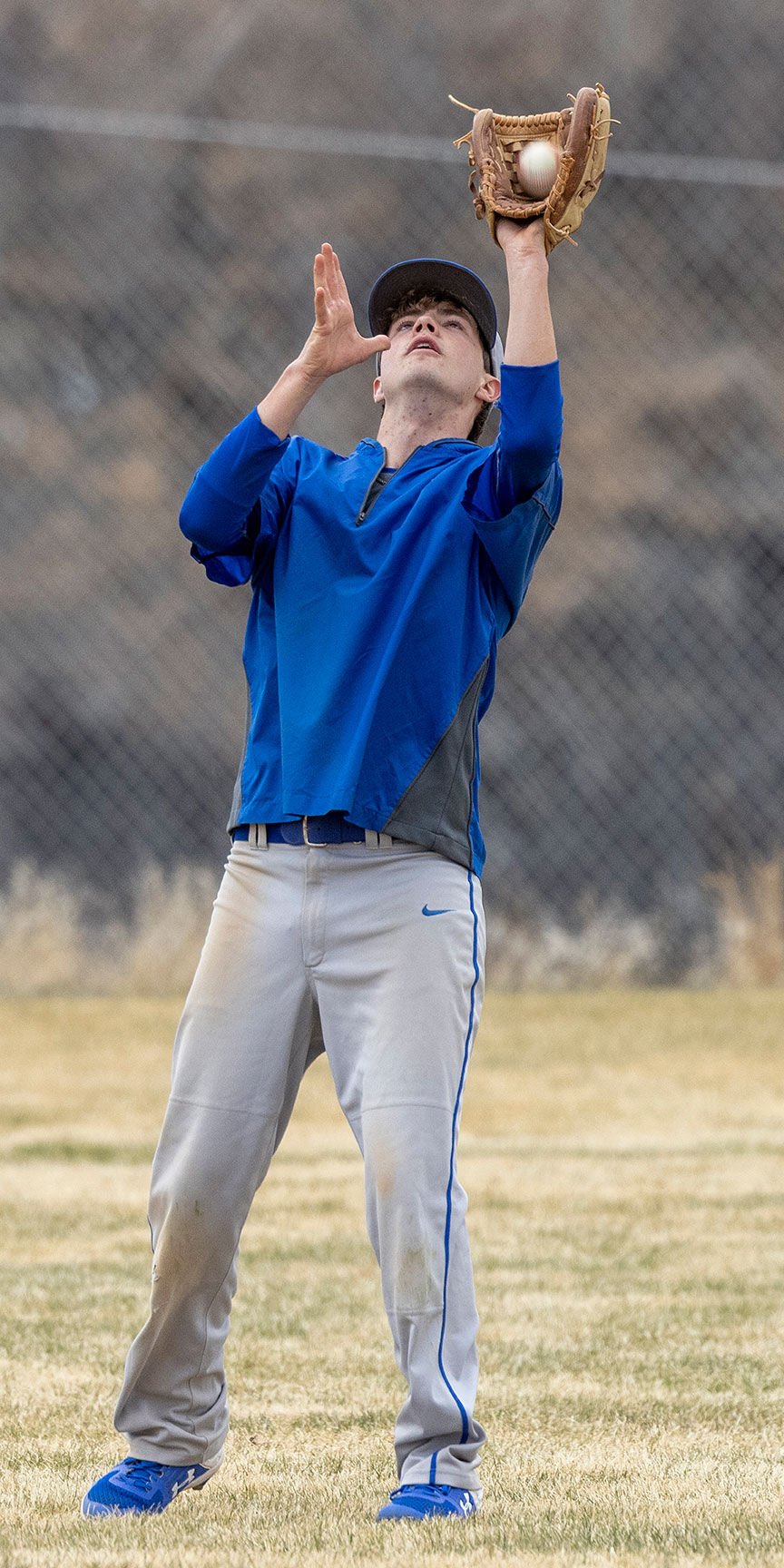 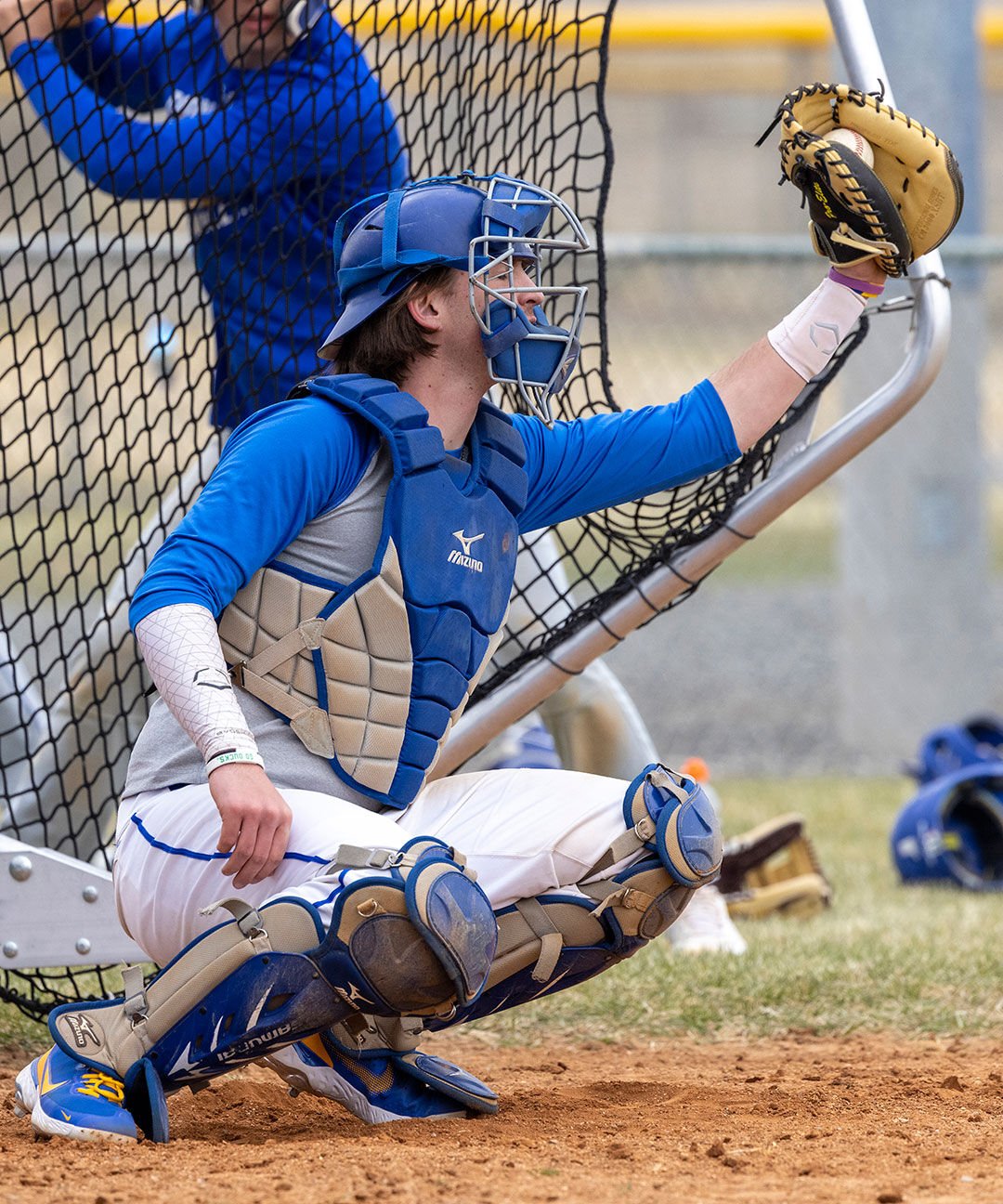 Tristan Blatt (from left), Devyn Engdahl and Ethan Johnston are three of the All-State returners to the Cody Legion baseball team this season.

Shortstop Tyler Grenz tosses the ball to second base.

Jack Schroeder tries to tag out Eli Johnston at first base.

With eight back from last year’s state championship squad, the Cody Legion baseball team is feeling good about the upcoming season.

“I’m happy to be back out,” Ethan Johnston said. “We’re pretty much the same group so we’ll be familiar with each other, but it will still take a little time to get used to each other again.”

Cody began practicing in early April. Thirty-five are in the A, B and C programs, with 12 expected to play at the A level. Coach Bart Grenz said many players will see time at multiple levels as needed.

“The players seem to have a lot of enthusiasm and are picking things up quick,” Grenz said. “Early in the season we will work a lot on game communication.”

“Ethan and Tristan coming back helps a lot but everyone’s got to step up,” Engdahl said.

Engdahl is the lone senior in the program this year, while both Johnston and Blatt are back after their first year of college.

“It’s nice,” Blatt said. “I’ve never not played sports for a whole year so it’s good to be back out.”

Blatt is a two-time Player of the Year and will be likely pace the Cub offense as he has for the past two seasons. Cody returns four of its top-five batting average leaders from last season as well.

“Hitting always is a little slower to come around but when we need it, it will be there,” Engdahl said of Cody’s early season offense.

One thing that won’t be lacking is pitching. The Cubs return a solid lineup, with Cody’s top three starters of Schroeder, Grenz and Engdahl boasting ERAs of 3.02 or lower last season. Schroeder, the West District Pitcher of the Year, had a 2.48 ERA.

Johnston and Blatt were two of the Cubs top relievers, with Blatt often filling the closer role and boasting a 2.40 ERA.

“We return a lot of experience on the mound and pitchers that showed the ability to get outs,” coach Grenz said. “We will look for our pitchers to carry us in the beginning of the year until we figure out what kind of team we’ll have.”

Cody will have to fill a few holes defensively, including center field and first base.

“Defensively we will look to fill some big spots, but we should be able to take our time and decide what players fit best,” Grenz said.

The Cubs finished last season with a 42-17 overall record. They went 4-1 in the state tournament, defeating Casper twice, Douglas once and splitting with Torrington.

In the championship, the Cubs had to come from behind to defeat Casper in extra innings. It was their fifth state title in seven years and Cody hopes to add another one this season if things go to plan.

“That’s always the goal,” Blatt said. “We didn’t lose a lot of people so we have a good shot. We have a lot that need to step up, but I’m excited to see how it will go.”

The Cubs also know as defending champs they have a target on their backs.

“We know teams will be bringing it every game, but we’re used to it,” Engdahl said.

The team is looking forward to having a more normal season this year. Last year due to the pandemic the Cubs didn’t start games until June, more than a month later than normal, but still jammed in a bunch of games. They ended up playing just three fewer than in 2019.

“It will be nice not to be cramming games in and space the games out more,” Blatt said. “It will give our pitchers a break.”

The loosened COVID restrictions also mean the Cubs will be able to face more Montana teams.

“I like playing Montana teams,” Engdahl said. “You see some different arms and better competition.”

After a month of practice, Cody is ready to play its first live games this weekend.

The Cubs open the season Sunday in Billings against the Cardinals. On Saturday, May 8, the Cubs host Laurel at 1 and 3 p.m. before traveling back to Billings the following day to take on the Halos.

“I hope we come out strong,” Johnston said. “I like the way we’re looking right now, so I expect us to play well.

“Everyone is fluid with the game and the young guys have played together for a long time too.”

Along with Grenz, the A team will be assisted by Beau White and Andy Schroeder. Sam Buck will lead the B team and Conner McLeod and Hayden Bronnenberg are coaching the C program.