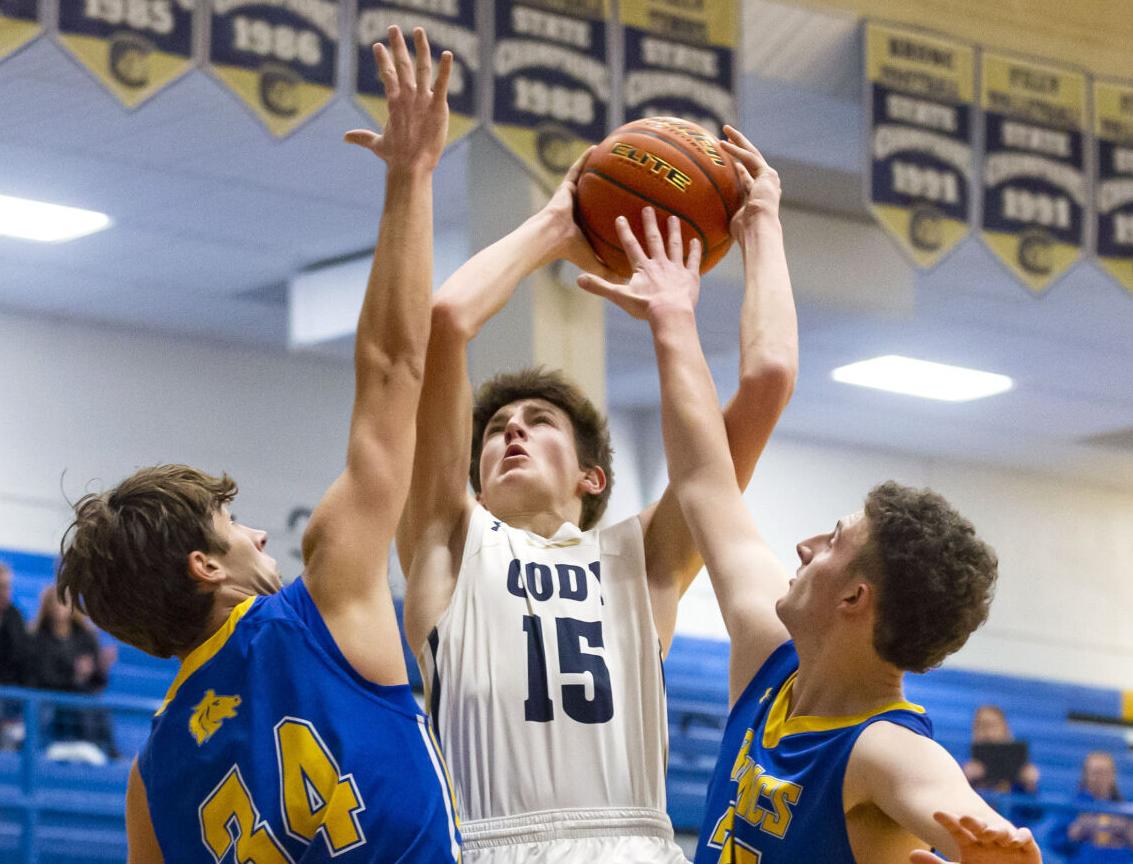 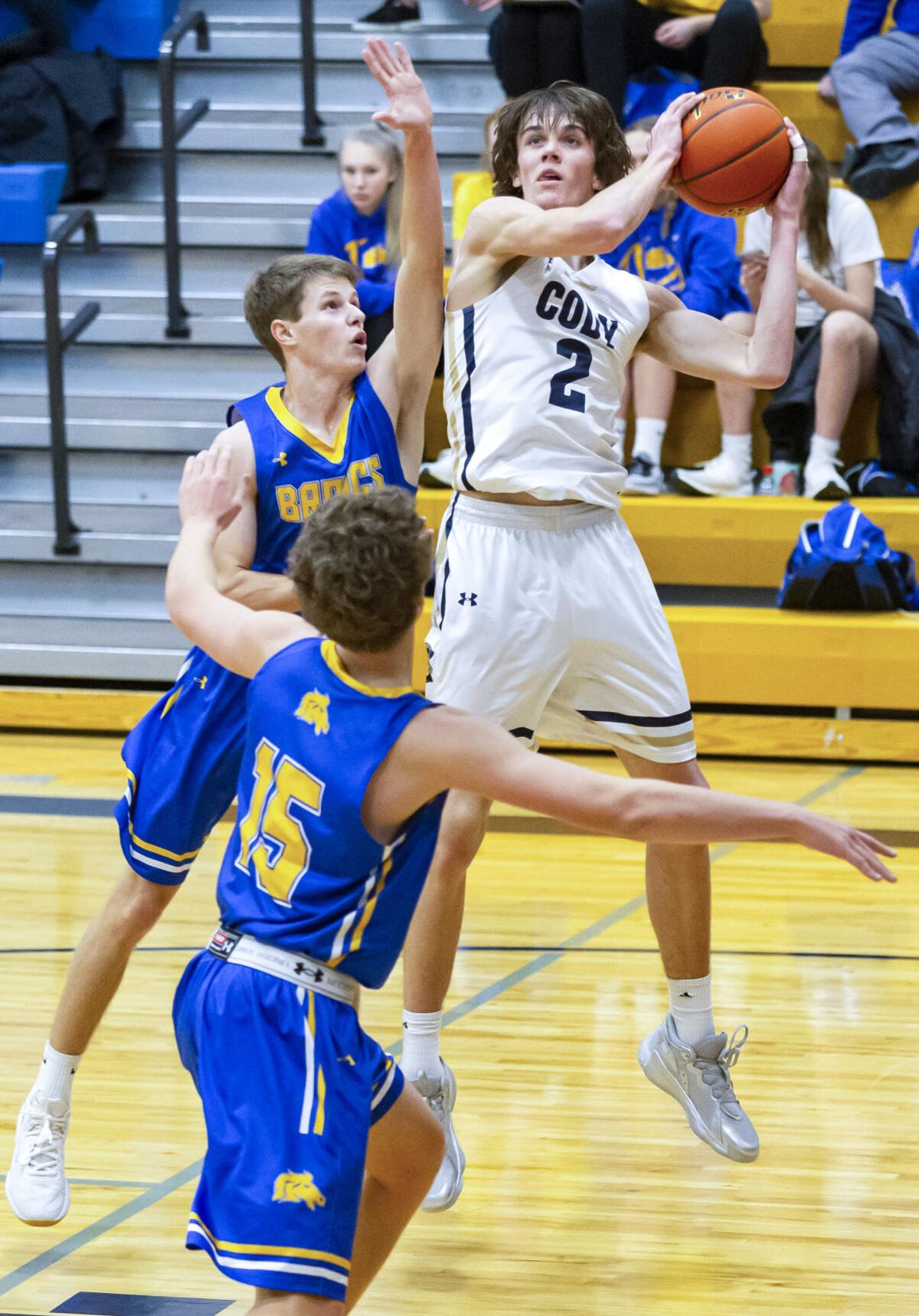 The Cody boys basketball team started each half strong on Tuesday night at home, but couldn’t hold off Sheridan in a 78-52 loss.

That puts Cody at 2-5 on the season and moves Sheridan to 7-0. Kamden Niemann led the Broncs with 14 points. Grady McCarten added 13 points and Robby Porter 10.

“Those guys are really good,” coach Jay McCarten said. “They are ranked No. 3 in the state. I thought our kids fought hard and made some gains. The defensive pressure Sheridan applied was very good.”

Despite dealing with a suffocating full-court press, Cody managed to cash in on some open shots early. Kamden Niemann drained a shot from beyond the arc, Mitchell Schwab found Wilkins Radakovich down low in transition, and Luke Talich finished with an offensive board and put back to help get Cody the lead 7-5 early in the first quarter.

Sheridan went on a small run before Eli Johnston connected from beyond the arc to make it 13-12 Sheridan.

A Grady McCarten three kept things close, but the visitors stayed consistent on offense and seemed to have an answer for every Cody basket.

“It was like they couldn’t miss,” Grady McCarten said. “I don’t think they are 30 points better than us. We need to figure some things out on defense.”

McCarten cut the lead to 21-17 to open the second quarter, but the turnover bug plagued Cody for a stretch as Sheridan used a 13-0 run to take control.

A Johnston triple stopped the run with two minutes to go in the half, but Sheridan stretched the run to end the second frame up 38-21.

“We had too many turnovers,” coach McCarten said. “They wore us down when they were on offense in the half court and ran their transition game really well. They made us pay for not getting back and matching up by hitting some big threes and driving and dishing for easy shots near the rim.”

Cody came out strong in the third quarter. Talich and McCarten each had a bucket and Niemann drilled back-to-back threes to cut into the lead.

Robby Porter started a big second half with a drive to the rack and finish, but Sheridan held on to the hot hand and led 60-38 heading into the fourth.

“Robby did a better job of getting to the rim in the second, and Luke went to the basket later in the game which was a positive,” coach McCarten said.

Talich hasn’t seen much court time after recovering from surgery on his pinky finger. The junior is slowly working his way into becoming a factor but will play the entire season with his pinky and ring finger taped together.

“It’s been interesting,” Talich said. “And I’m not in the best shape yet and I can feel it. But we just need to be more aggressive on offense and get better all-around on defense.”

Sheridan continued to turn turnovers into points in the final frame.

Porter again found success driving and finishing to get Cody to within 72-46 with three minutes remaining.

Johnston finished the scoring off for the Broncs with a three with time winding down as Sheridan got the 78-52 win.

Nothing gets easier for Cody as they hit the road for a pair of tough non-conference matchups. The Broncs face Kelly Walsh on Thursday, and then turn around for a Saturday matchup at Riverton.

“All in all, we have grown,” coach McCarten said. “We have a lot of work to do, but I am happy with where we are going and I am super proud of these guys.”