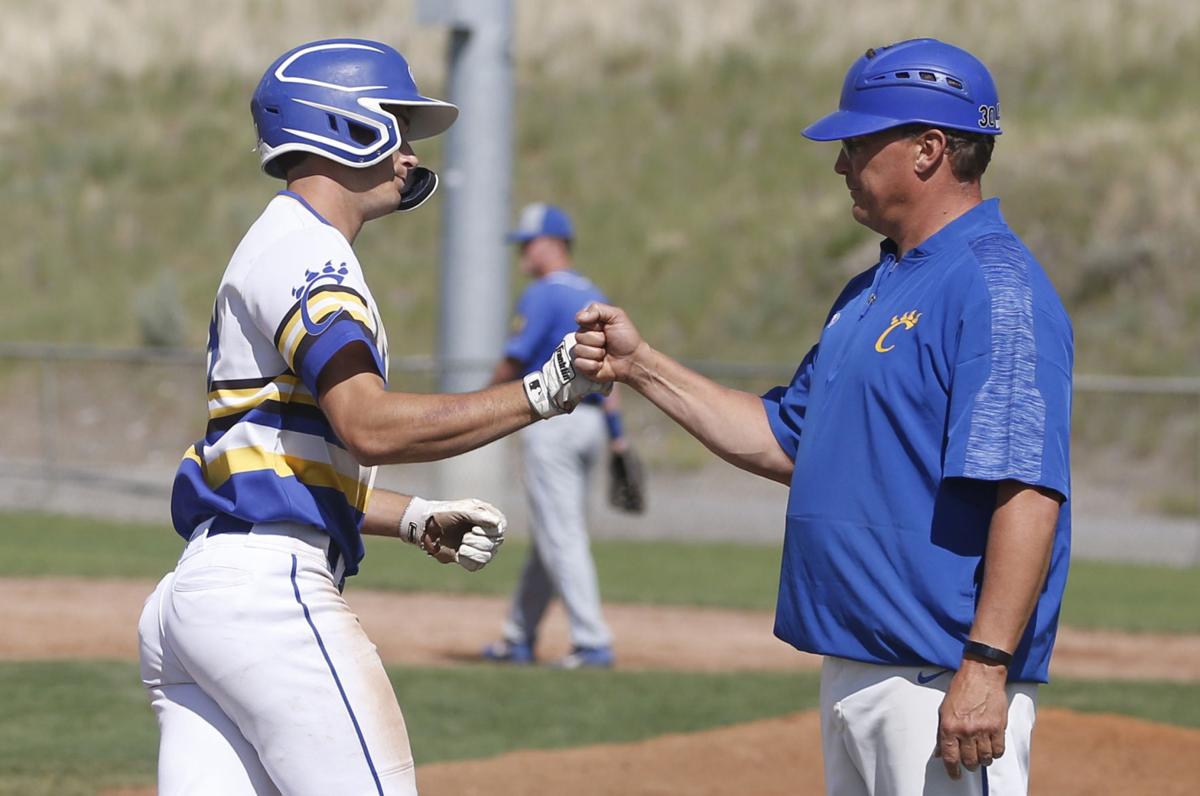 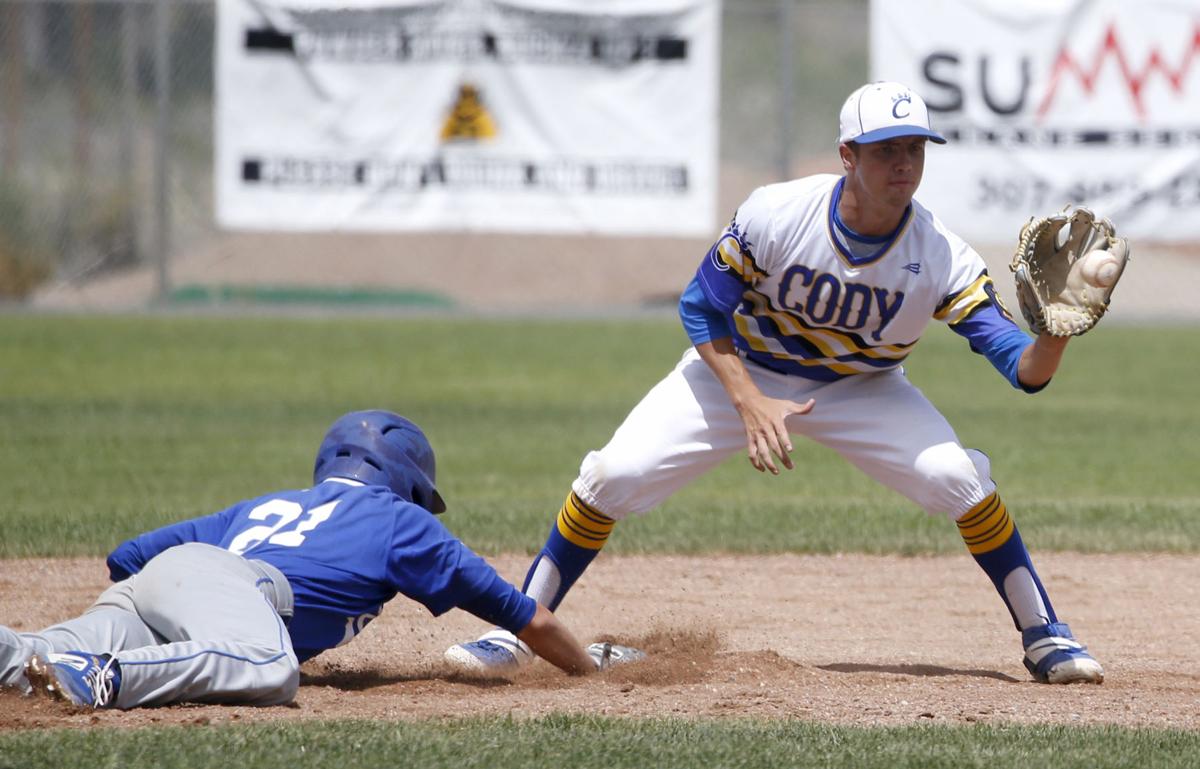 Ethan Johnston tries to pick off a runner on second. 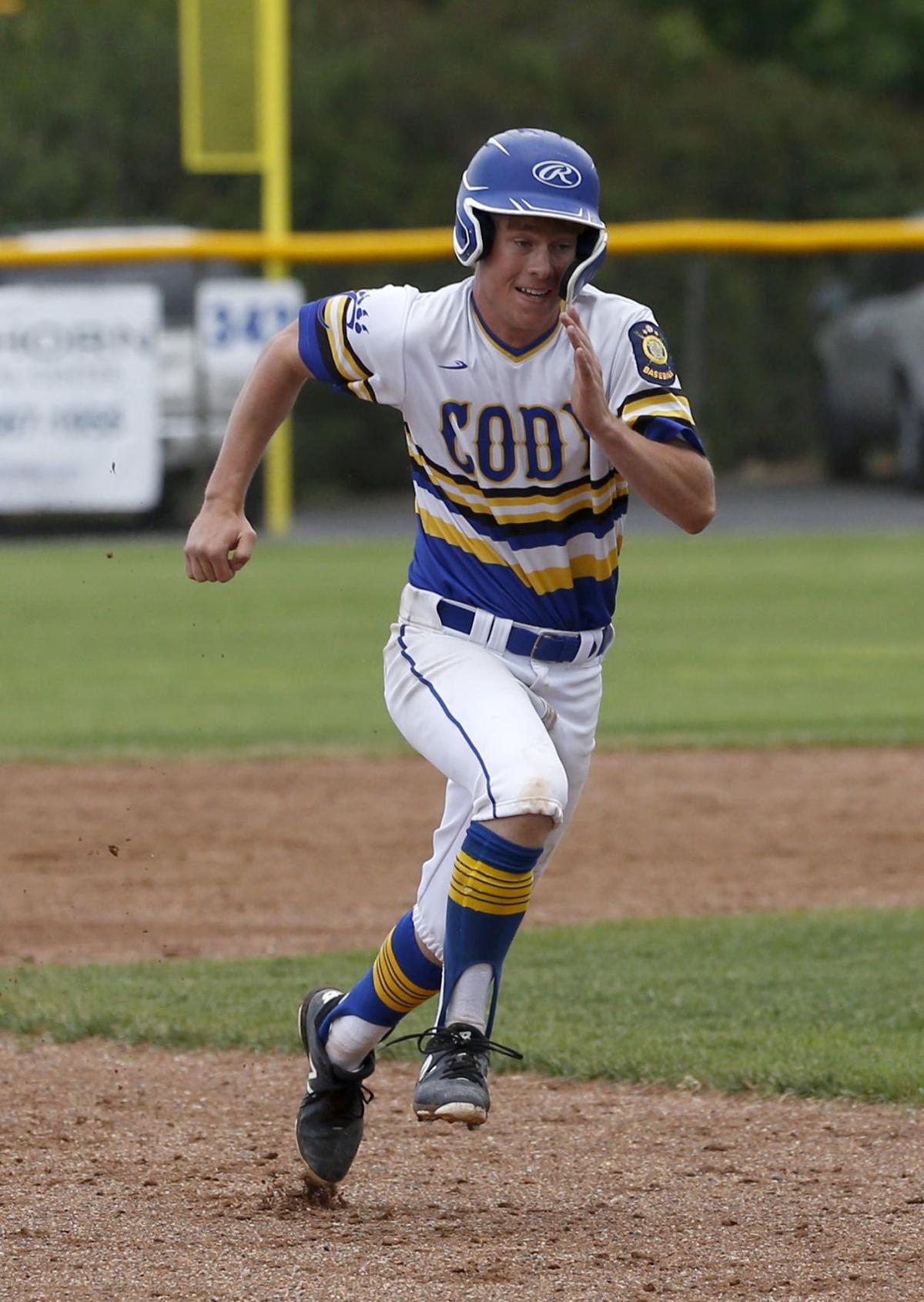 Hayden Bronnenberg runs for third base. 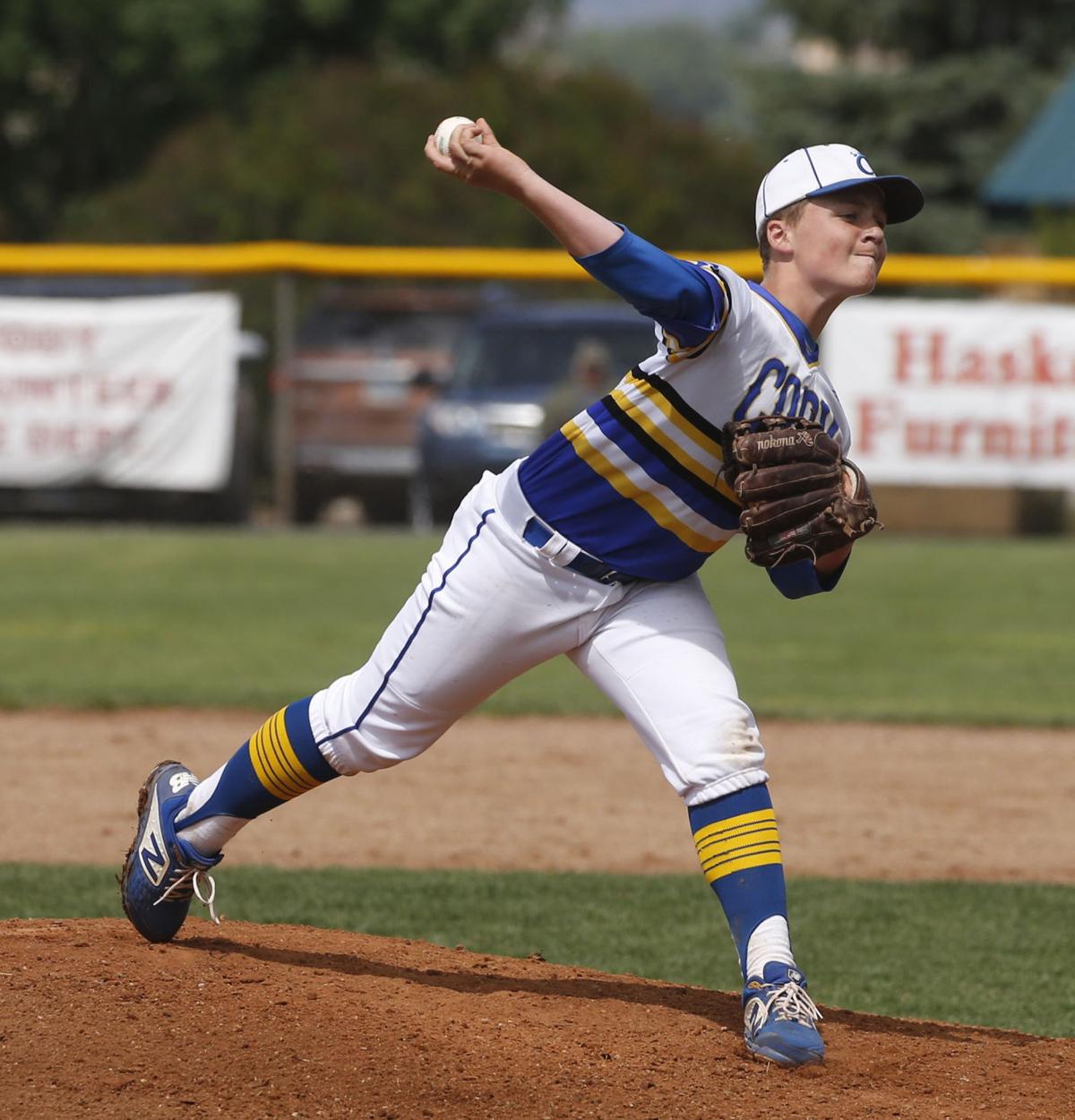 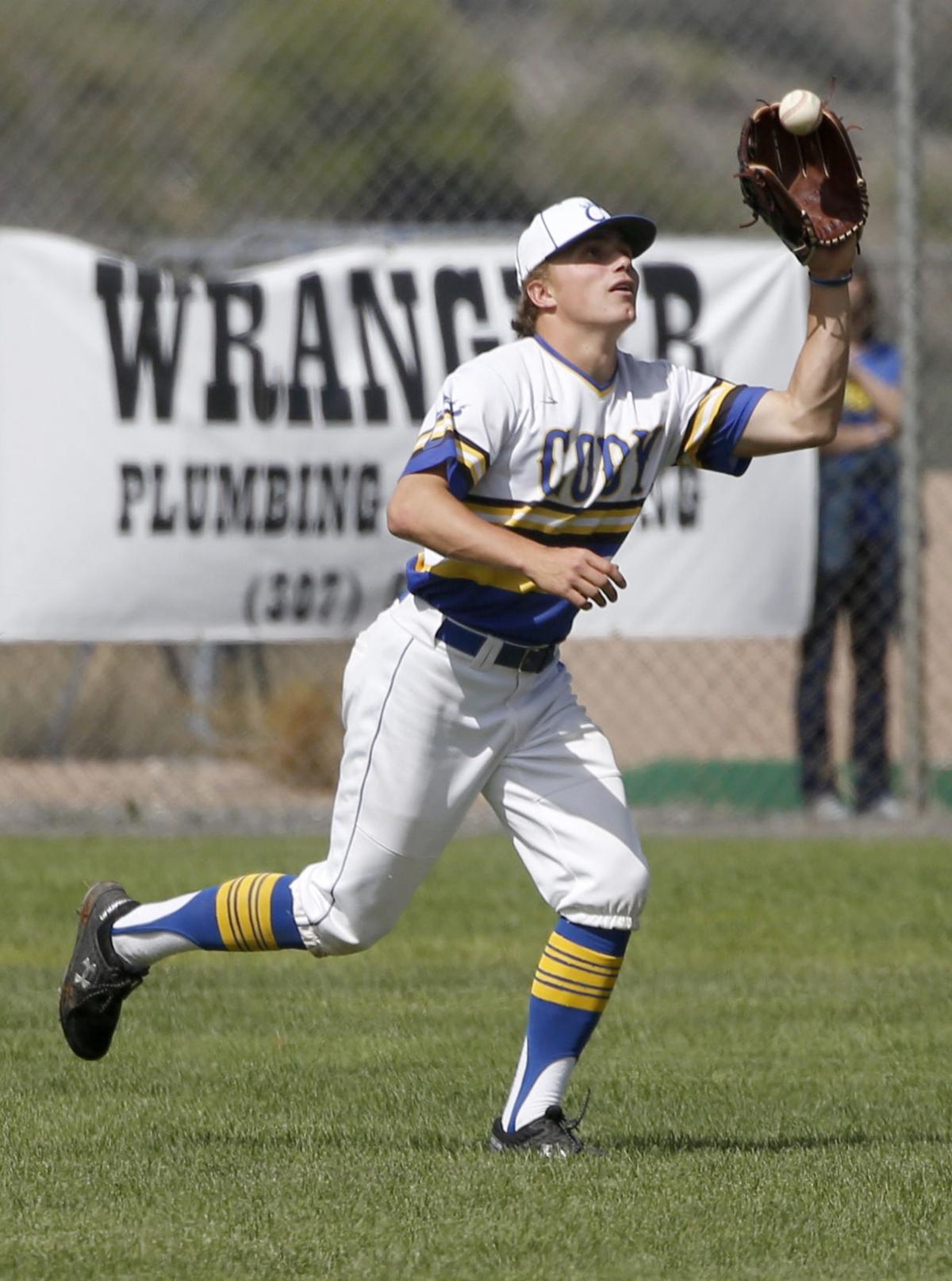 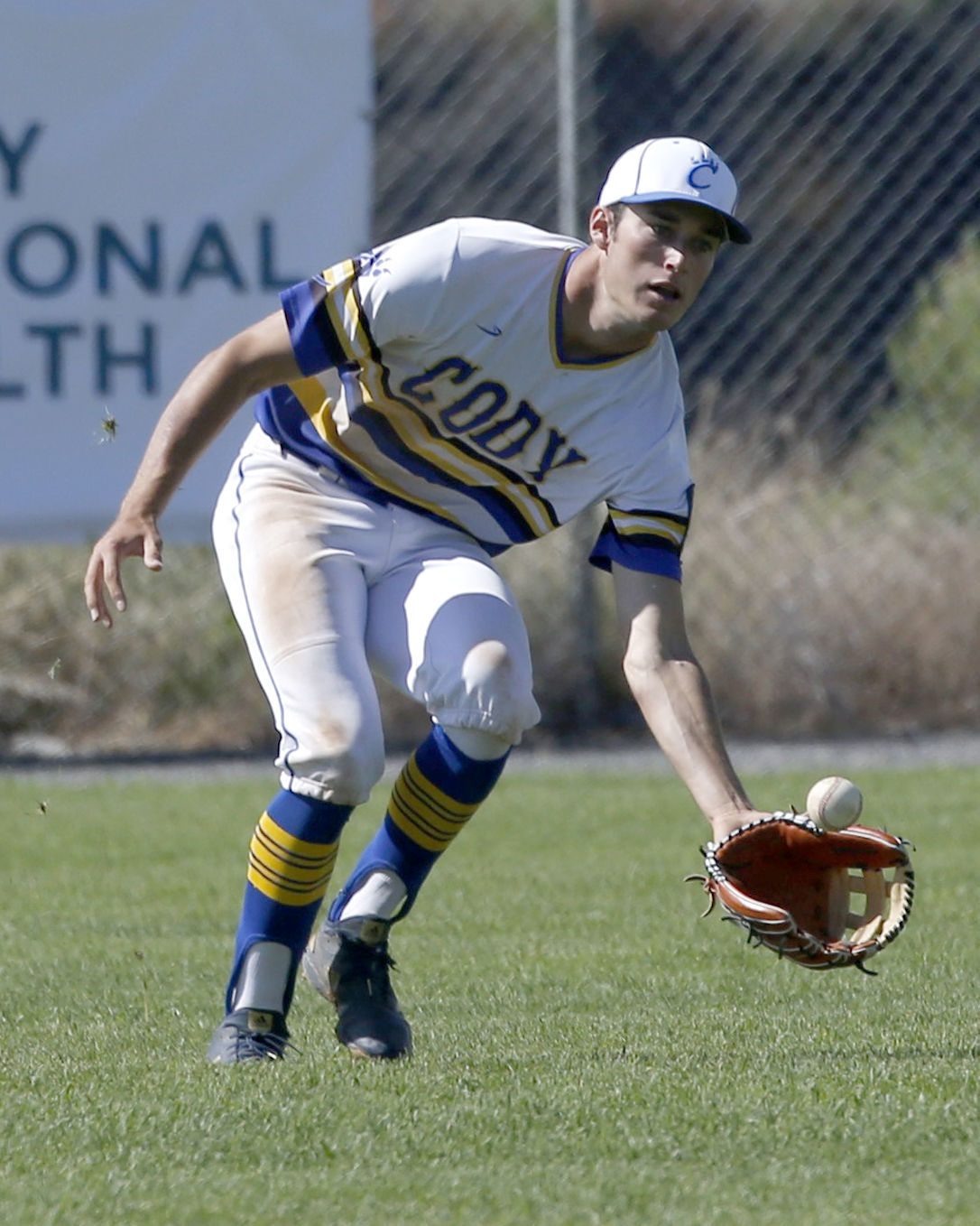 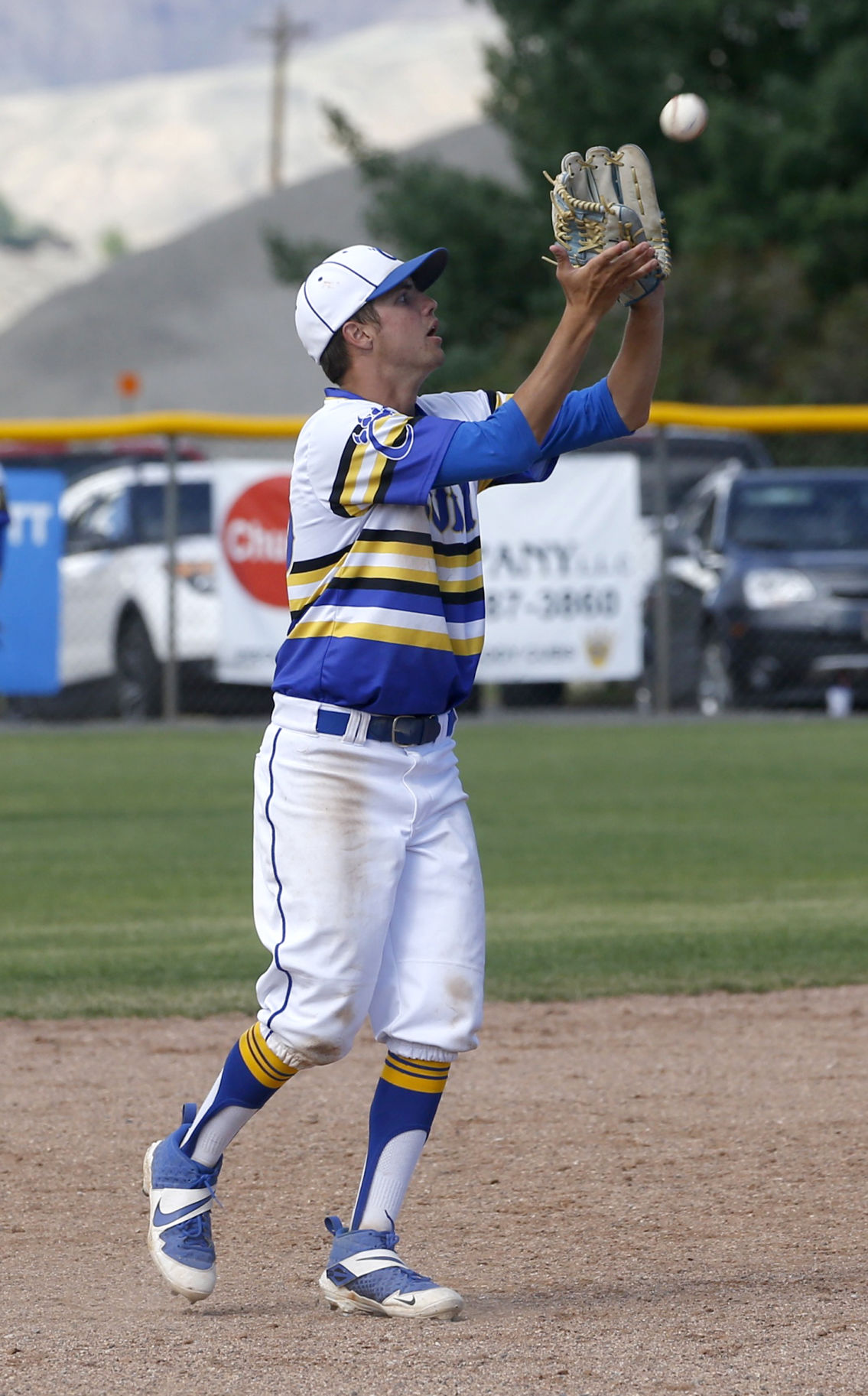 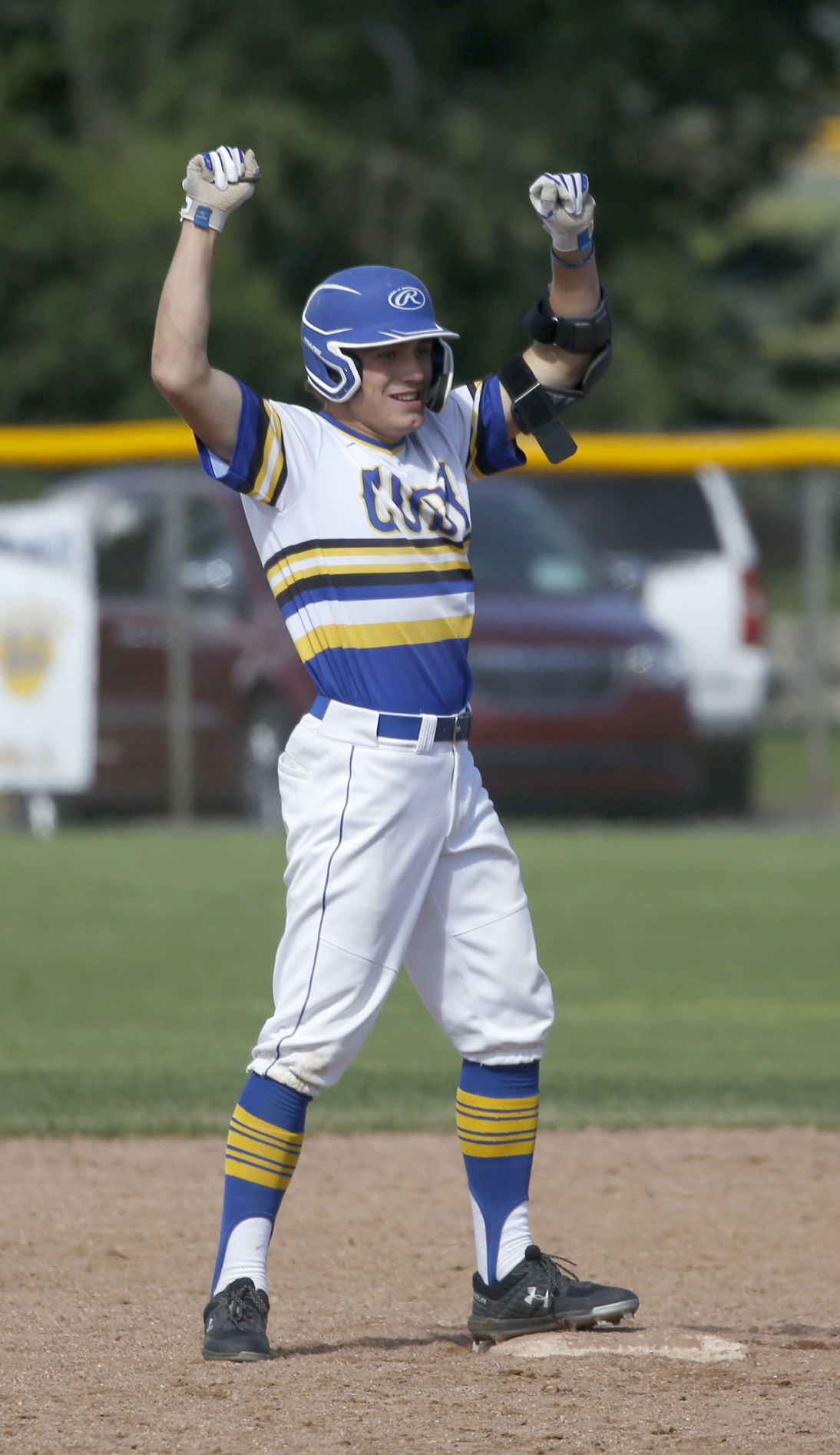 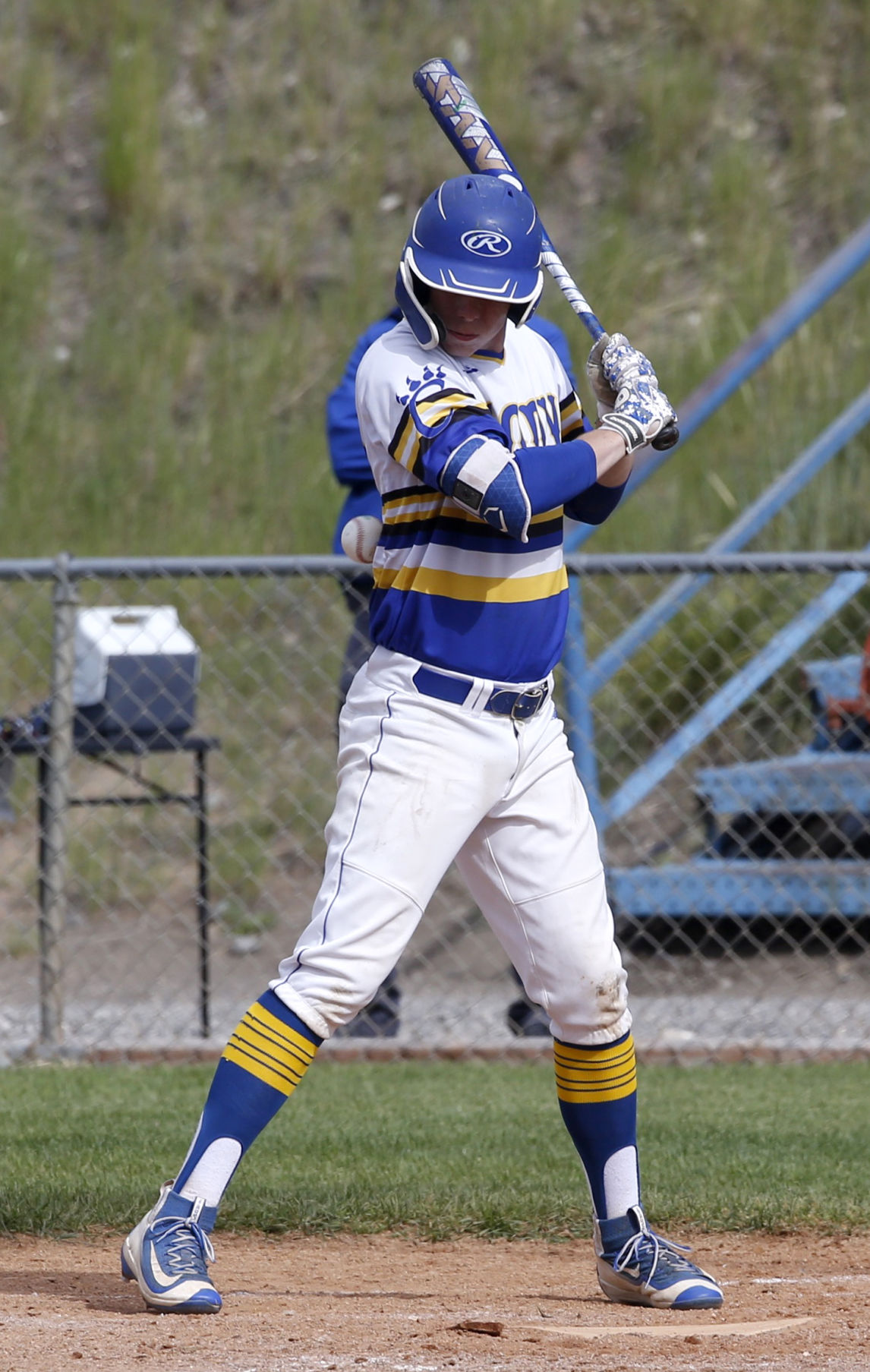 Cody Phillips gets hit by a pitch. 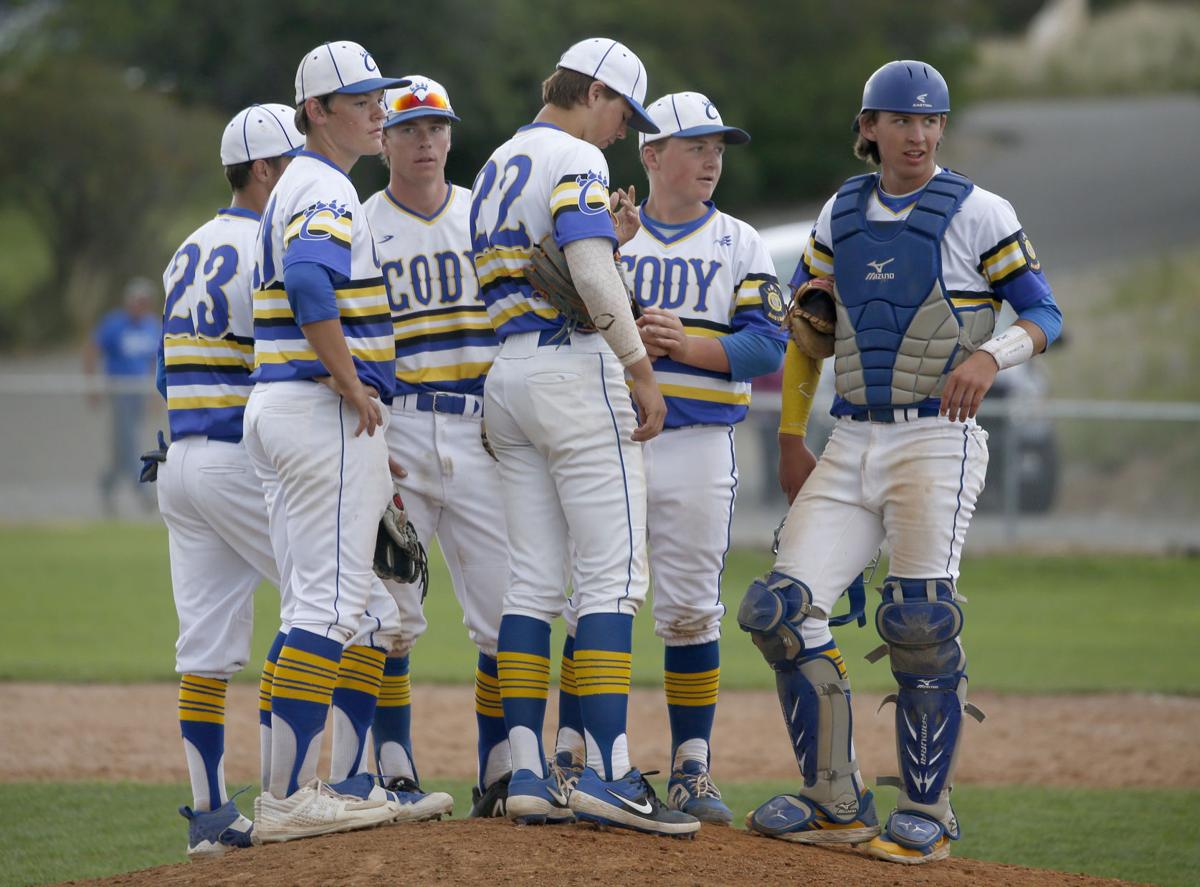 The Cubs huddle up a the pitcher's mound during a call review. 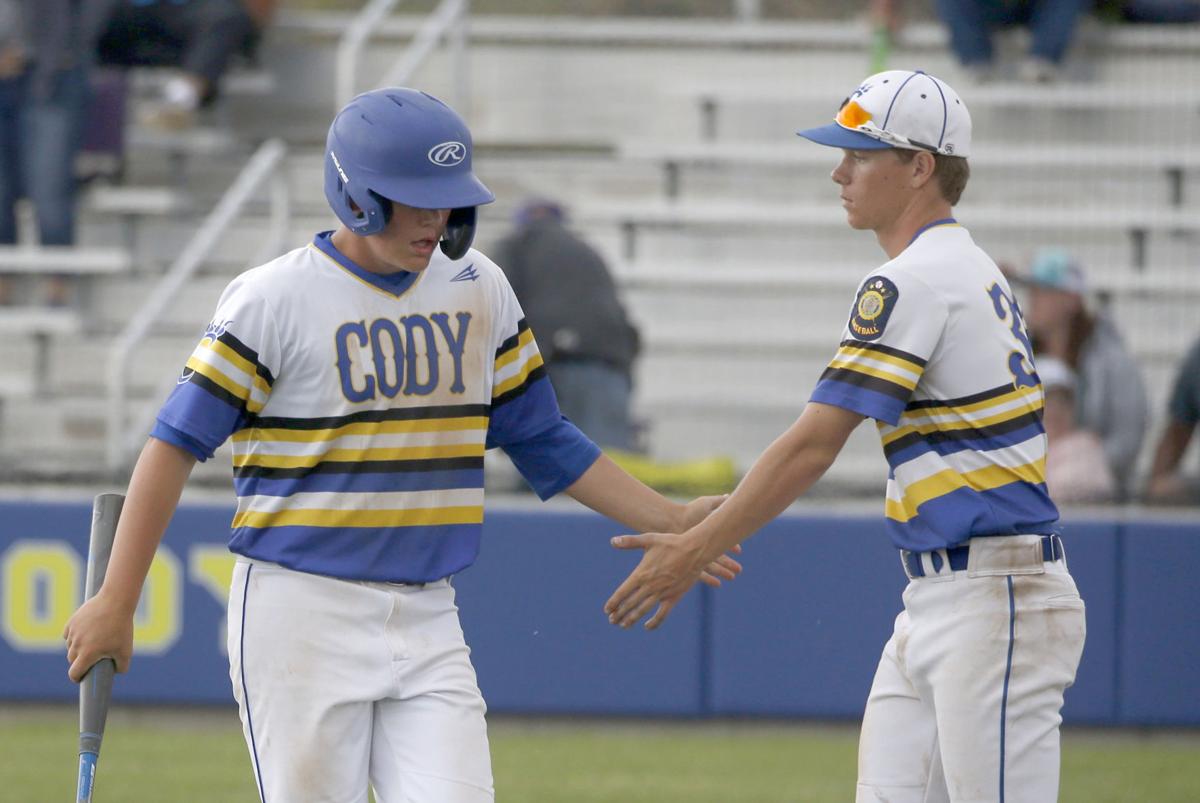 Dominic Phillips gets a low-five from Hayden Bronnenberg. 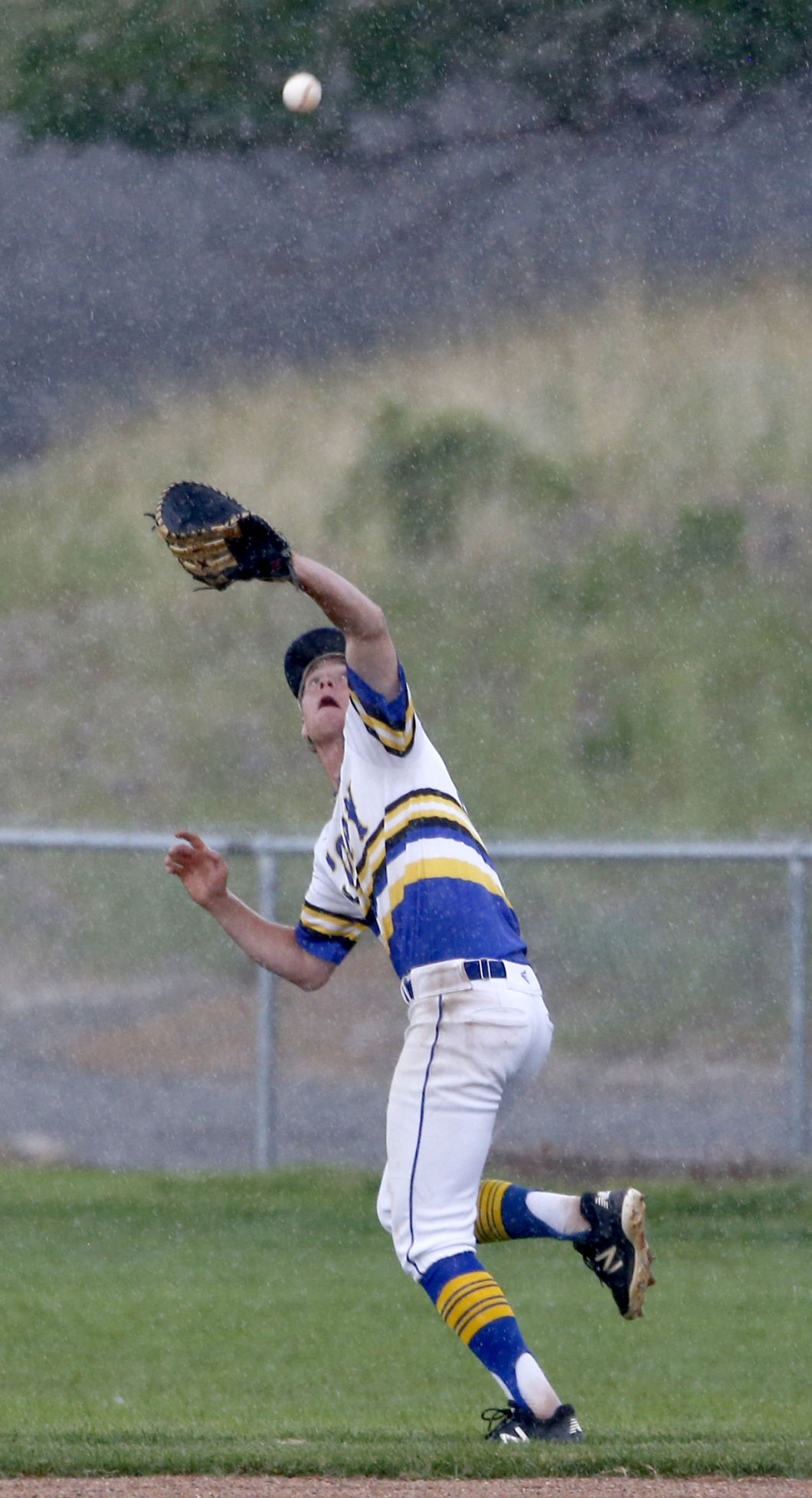 Hayden Bronnenberg makes a catch behind first base.

Ethan Johnston tries to pick off a runner on second.

Hayden Bronnenberg runs for third base.

Cody Phillips gets hit by a pitch.

The Cubs huddle up a the pitcher's mound during a call review.

Dominic Phillips gets a low-five from Hayden Bronnenberg.

Hayden Bronnenberg makes a catch behind first base.

Solid hitting by the Cody Legion baseball team Sunday, led to a sweep of visiting Laurel. The Cubs are now 9-10 overall.

The Cubs scored in every inning in the first game at home Sunday against Laurel on its way to a 10-run-rule victory in the fifth.

“We did really well making adjustments and communicating throughout the game,” coach Bart Grenz said.

Laurel scored one in the first, but Cody took the lead in the bottom of the frame on singles by Ethan Johnston and Jared Grenz, a ground out and passed ball.

After adding a run in the third, Cody saw its highest-scoring inning in the fourth on three walks, a passed ball, double by Devyn Engdahl and single by Jack Schroeder to score four.

A short time later there was a 40-plus-minute delay for lightning and rain.

“It can be hard to get going again, especially when it’s chilly but we did a good job finishing the game off,” Tristan Blatt said.

Needing two runs in the fifth to end the game early, the Cubs’ first two batters walked, advanced on a sac bunt by Grady McCarten and scored on an error.

“We were stringing hits together and putting up runs in every inning,” Blatt said.

Cody finished with four hits. Johnston went 1-for-1, and Grenz, Engdahl and Schroeder 1-2.

Blatt earned the win on the mound, giving up no runs on two hits through 4 innings.

“Tristan did a nice job in relief,” coach Grenz said. “That was an extended outing for him and he handled the situation well.”

Cody Phillips started and pitched 2/3 of an inning, giving up one run on no hits. Grenz threw one pitch in the fifth to get the final out.

Solid hitting helped Cody pull away in the second game.

“Offensively we were really clicking today,” coach Grenz said. “They were seeing it well and running quality at-bats.”

Laurel scored one run in the first inning, but Cody put up four in the bottom of the frame. Johnston hit a single and Grenz a home run to center to give Cody the lead. A single by Blatt was followed by a double by Engdahl to make it 3-1. A single by Bronnenberg scored the Cubs’ fourth run.

In the second, Cody loaded the bases on a walk and singles by Johnston and Grenz. Blatt then hit a grand slam to left field to make it 8-1.

“I felt confident when I hit it because it was a fast ball down the middle,” he said. “It was really cool to do that with the bases loaded.”

Laurel started to come back in the third. Four hits helped score four runs to make it 8-5.

A double by Grenz and ground out scored a run in the fourth, and then in the fifth with two outs after a double play, the Cubs loaded the bases when Cody Phillips was hit by a pitch, Johnston doubled and Grenz walked. Two more walks and hit batter scored three. The final run scored on a wild pitch.

A walk, hit batter and single by Grenz scored the Cubs’ final run in the sixth.

“Logan had a great start for us,” coach Grenz said. “We needed a pitcher to go deep in a game and he gave us a huge lift.”

Johnston threw 1 inning and allowed no runs on no hits.