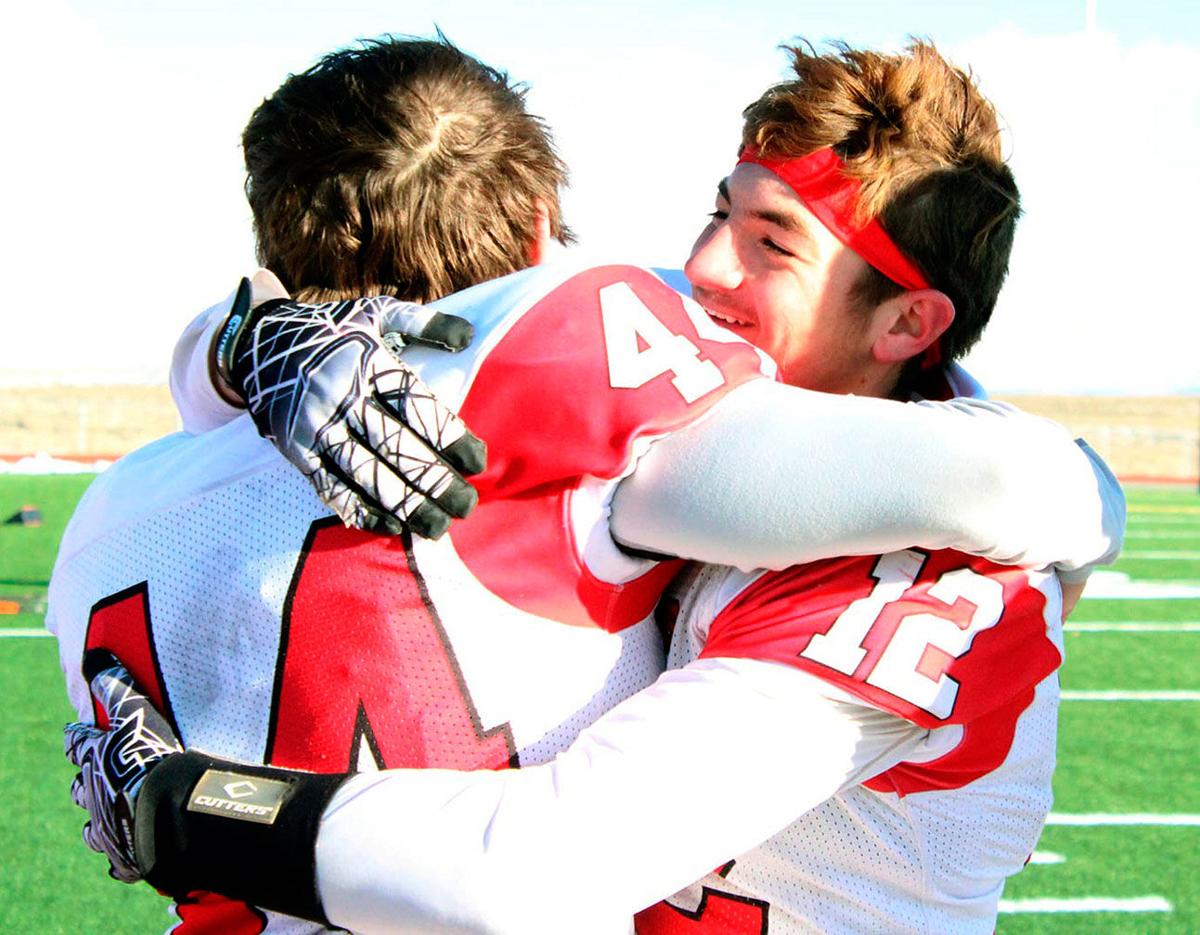 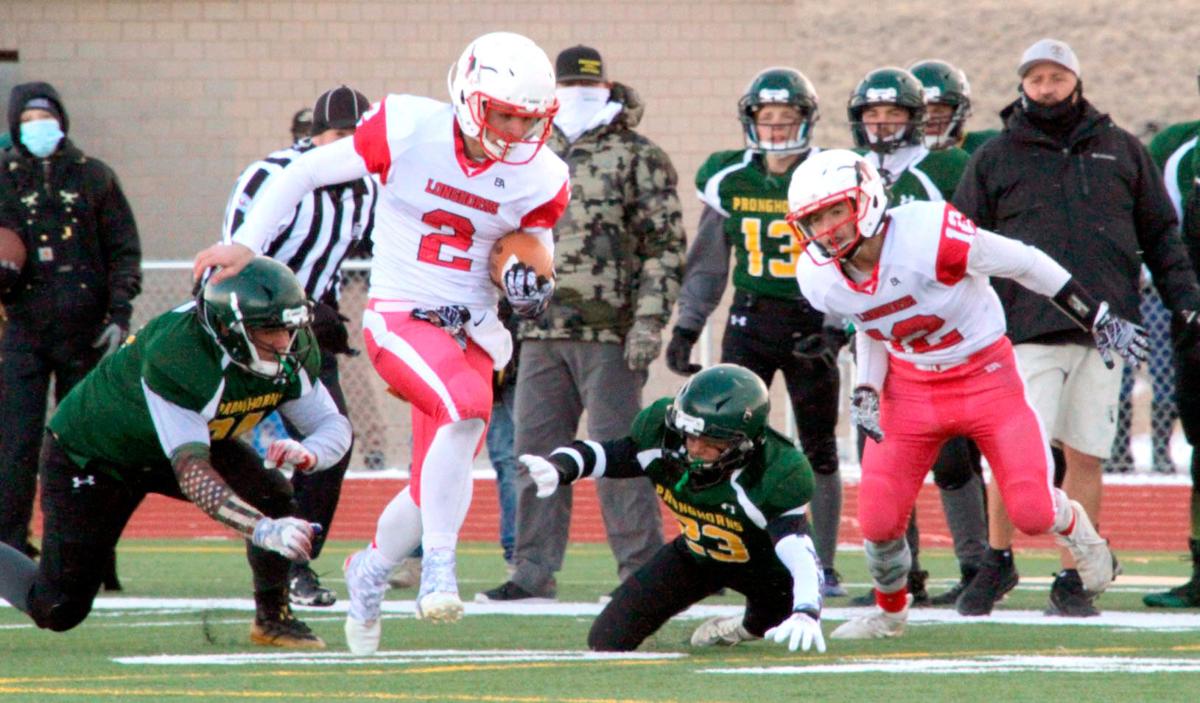 Dace Bennett runs the ball while Hadley Abarr looks on Saturday during the state title game against Farson-Eden. (Photo by Angie Erickson)

Dace Bennett runs the ball while Hadley Abarr looks on Saturday during the state title game against Farson-Eden. (Photo by Angie Erickson)

It wasn’t the ending they were looking for, but the Meeteetse football team is still proud of earning its runner-up status in the state tournament after falling to Farson-Eden on the road 42-30.

“We went from being projected to be the second-worst team in the state [and] then making it to the championship,” said senior Hadley Abarr, who played on a pulled groin the whole game. “When you look at it from that perspective, we couldn’t have asked for any more.”

The Meeteetse defense couldn’t contain the Pronghorns running game, while the Longhorn offense didn’t find its groove until the second half. Several Farson scores early in the game on a windy, cold afternoon put it out of reach for the Longhorns.

Meeteetse lost a fumble on its opening drive, and it didn’t take long for the Pronghorns to open the scoring after that. Farson jumped out to a 14-0 lead in the first quarter, but junior utility player Mickle Ogden stepped under center and found a wide-open Tozai May (3 receptions, 57 yards, two touchdowns) on a post route to draw within six at the break. It would be nearly two and a half quarters before Meeteetse scored again, but the Pronghorns didn’t wait around.

In the fourth quarter, the Longhorns mounted a rally on the legs of junior quarterback Dace Bennett, who played the game banged up after taking a shot to the knee in the first half. Meeteetse pulled out every trick it had to try to get the win in Farson, including a play that got Bennett his first reception of the season.

“In that fourth quarter, we pretty much decided we had nothing to lose,” Bennett said.

The Longhorns scored 22 points in the frame and forced two turnovers on downs and recovered a Farson fumble, but it wasn’t enough.

Stingy fourth-down defense was critical for the Pronghorns success. Farson also forced turnovers at key junctures and held strong in the red zone.

It’s the second championship in three years for the Pronghorns. Meeteetse, meanwhile, made its first appearance in the championship game since 2015, where it also took second.

“Looking back, there’s stuff we could’ve done differently and stuff I could have done differently to change the outcome, but overall it was a really good game,” junior Kalvin Erickson said. “This year was definitely the most fun of high school sports I’ve had. I love the group we have and I’m going to miss the group.”

For some players, overcoming the early projections and making it as far as they did showed them nothing was out of their reach.

“It feels like a movie where we’re the underdogs, proving everyone wrong each week,” May said. “Anything is possible. That’s one thing I really felt and learned from this season ... Even if there’s people doubting us, we have to believe we can do it.”

The Longhorns posted their best record since 2015. Hagen said that’s a testament to their hunger to be better.

“It was just amazing to play with all these guys, to make a brotherhood, and kind of make a family with them,” senior Dale McBride said.

“Everybody on the team this year, our leadership, everybody was so close this year, unlike other years,” Bennett said.