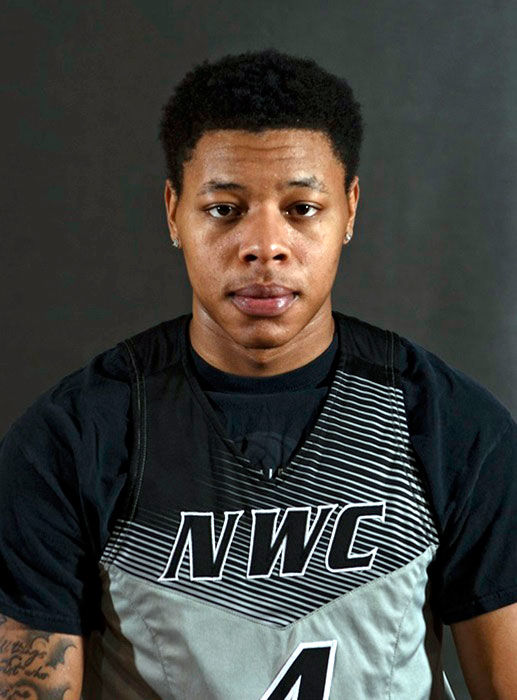 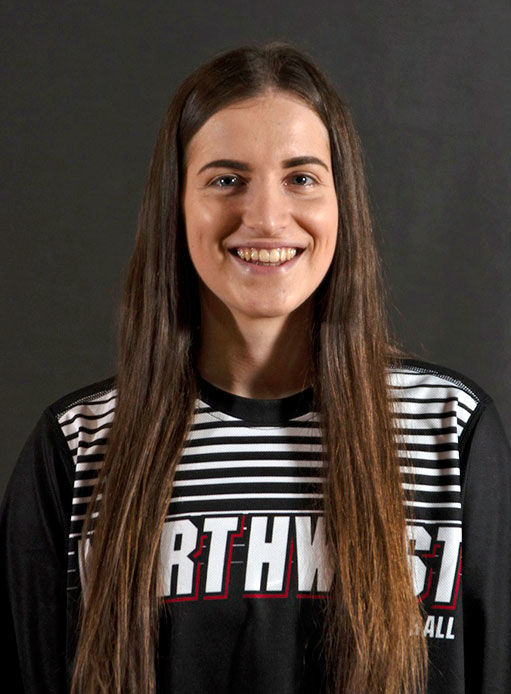 Northwest men’s basketball player Kyle Brown had no idea he had even received an award.

“My teammate Max Dehon told me congratulations, I said, ‘for what?’” Brown said with a laugh.

Due to the COVID-19 pandemic, the awards were announced over the internet. Smutna is now back in her native Czech Republic, while Brown is in New York.

Brown had a barnstorming sophomore season with the Trappers. He finished the season averaging 25.2 points per game, putting him sixth in the nation.

On Jan. 25, he set a school record in a 110-90 loss to Casper College, scoring 52 points. He also had 42 and 36 in two separate contests. He said he improved his mental toughness, shooting and physical condition between his freshman and sophomore seasons.

“I put a lot of hard work in to put myself in a position to do that, so I’m surprised, but I’m not surprised at the same time,” Brown said of his breakout year.

But his coach Jay Collins said it’s more than putting up big numbers for Brown.

“It’s a very deserving honor,” Collins said. “He had a great year on and off the floor.”

Brown took time off the court to connect with his community, putting in the most volunteer hours on his team, spending time teaching basketball to children at Powell elementary schools.

Next year is still a question mark for him, but he has received a scholarship offer from Maryland-Eastern Shore and strong interest from a few western Division I schools.

He said like the No. 2 2019 NBA draft pick Ja Morant, who went unnoticed in his high school years before starring at mid-major Murray State, Brown said he has the potential to have the same trajectory.

Smutna had an equally impressive year in her freshman campaign. She shot a scorching 92% from the free throw line during conference play, putting her at second in the nation. The lefty also shot 39% from the field, 40% beyond the arc, and hauled in 6.8 rebounds per game during Region IX action.

She scored a season-high 25 points in a 99-63 loss to Eastern Wyoming on Jan. 11, but probably had her best game in a 83-68 win over Western Wyoming four days later, scoring 18 points on 5-for-8 shooting and a perfect 5-for-5 night from the charity stripe.

Coach Cam Levett said despite receiving attention from a number of Div. I schools, Smutna is still returning for a sophomore year.

“It will be better for me to stay another year at Northwest because I can have more offers after next season,” Smutna said. “Also, I have a really good team and coach and it (would be) hard to change my team after one year.”

Smutna helped lead a Trappers team that was much improved, winning eight more games than the previous season.

“I think we had a really good season,” Smutna said.

Not unlike the United States and Wyoming, the Czech Republic has been on lockdown since early spring. It is there Smutna is finishing up her classes online, dealing with an unusual reality for an unforeseen amount of time.

“We can’t do anything, almost everything is closed and we can go just for a walk,” she said. “But it is much better these days and everything will be normal in a few weeks. People in Czech (Republic) started to deal with it really soon and thanks to this it’s getting better.”