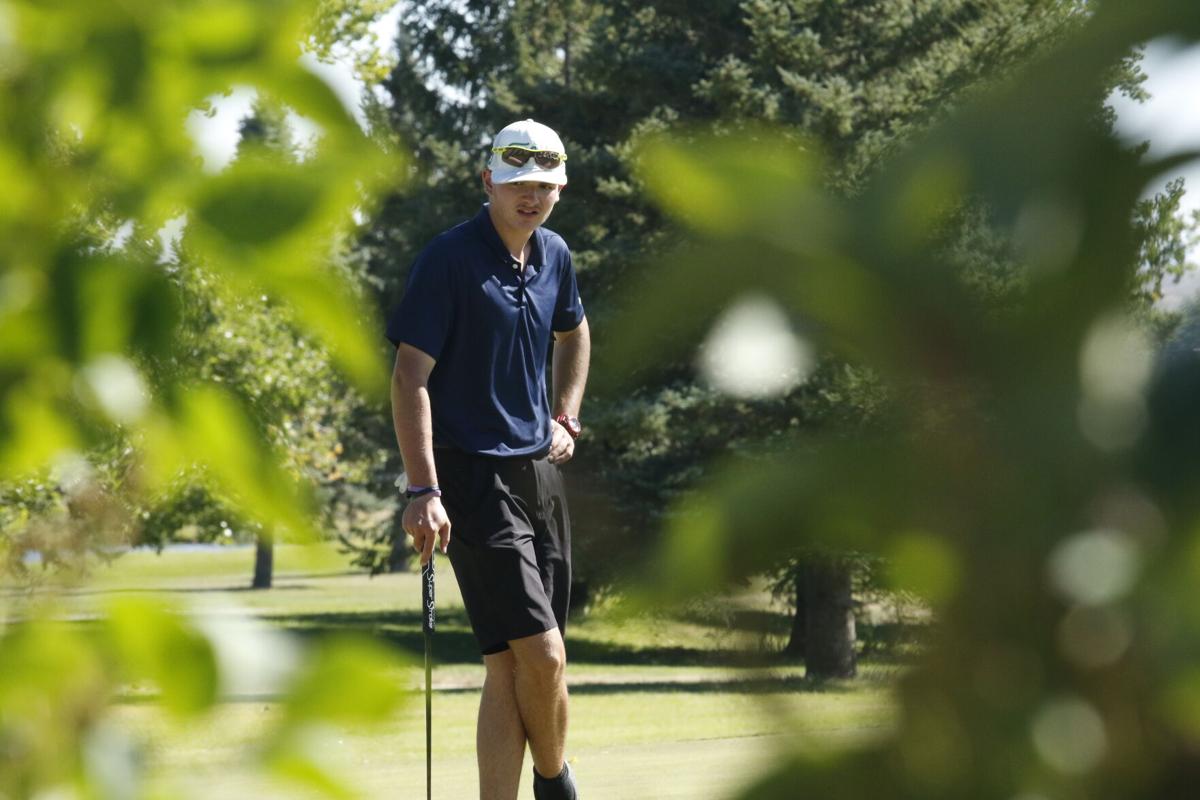 Cody junior Hunter Hall sizes up the hole from the green. 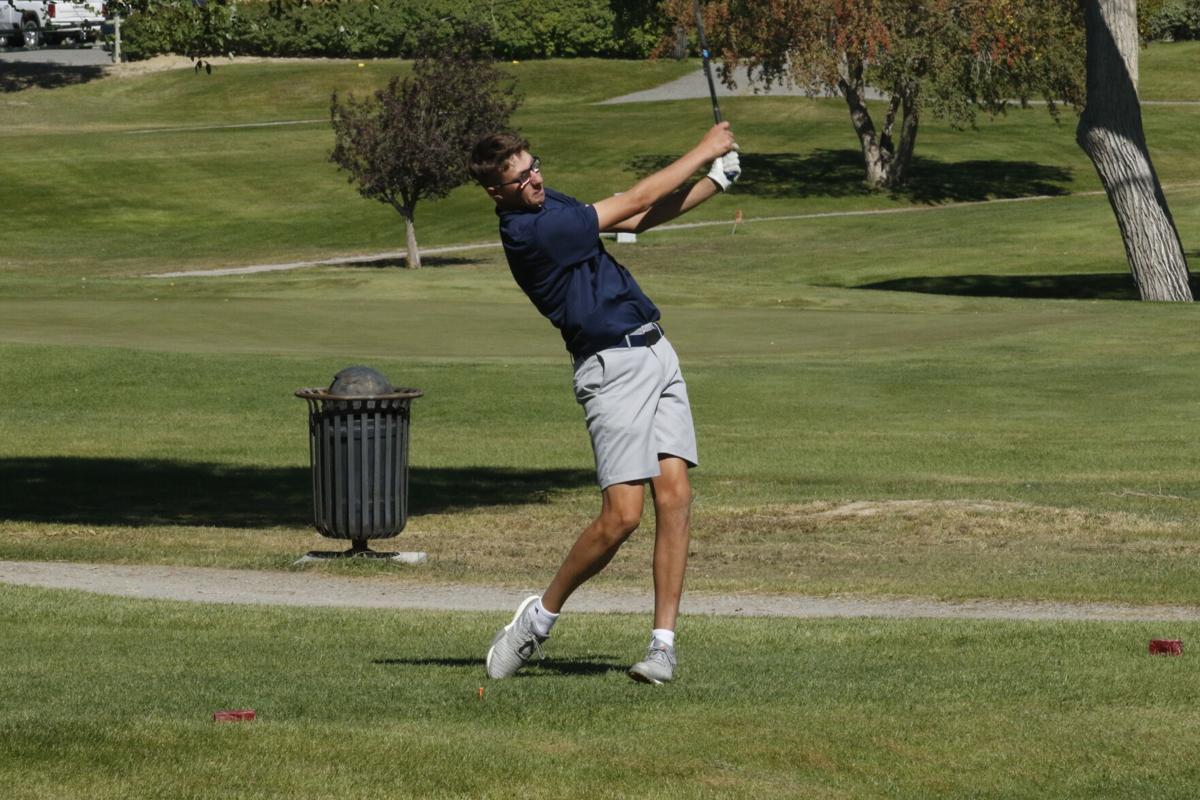 Cody junior Hunter Hall sizes up the hole from the green.

Conference golf tournaments are normally two-day affairs, but COVID-19 restrictions cut that in half this year.

Cody junior Hunter Hall didn’t mind. He only needed one day to record his best round of the season, a 75, to lead the Broncs to a 3A West Championship on Friday at the Powell Country Club.

“We all knew he could do that well,” said senior Hudson Oelschlager of the transfer from Georgia. “We believed in him.”

Logan Schutzman added an 83 and Carter Schutzman an 86 for three golfers in the top six. Oelschlager hit a 96 and Bradley Fick a 104 to round out the varsity totals, although Bridger Hult secured the fifth spot at state with a 91 from junior varsity.

Cody finished with a 340, 10 shots ahead of second-place Star Valley. Powell and Lovell tied for third with 376 strokes.

Broncs coach Jacob Kraft won conference coach of the year for his efforts, but said the award was a reflection of his golfers.

“That means you’ve got talented kids,” he said.

That talent showed through in Powell, especially from Hall, who said he benefited from a team practice round in Powell the week prior.

“I had not seen the back nine until practice,” he said. “I got my bad back nine out of me and I was able to improve.”

Logan Schutzman, who said he had an average day, said he could see all of the Broncs improving from conference at the two-day state event in Evanston, except maybe Hall.

“I think most of the team can shoot better,” he said.

While Bradley Fick won’t be headed to state this year after his struggles, he said he was happy for Hult, whom he had beaten out for the fifth spot last year.

“I can come back next year,” he said.

Also scoring on JV were Peter Pratt and Ethan Salzman, both of whom shot 103.

For Salzman, a freshman from Meeteetse, it was a good way to start his high school golf career.

“I love it,” he said. “I love golf. I could see myself being a contender for varsity next year, but we’ve got a lot of good people.”

For three of those top golfers – Carter, Logan and Oelschlager – state in Evanston is their final competition in high school.

“We had conference in Evanston last year,” Logan said, “so I know the course real well.”

With a conference title under their belts, they’re ready.