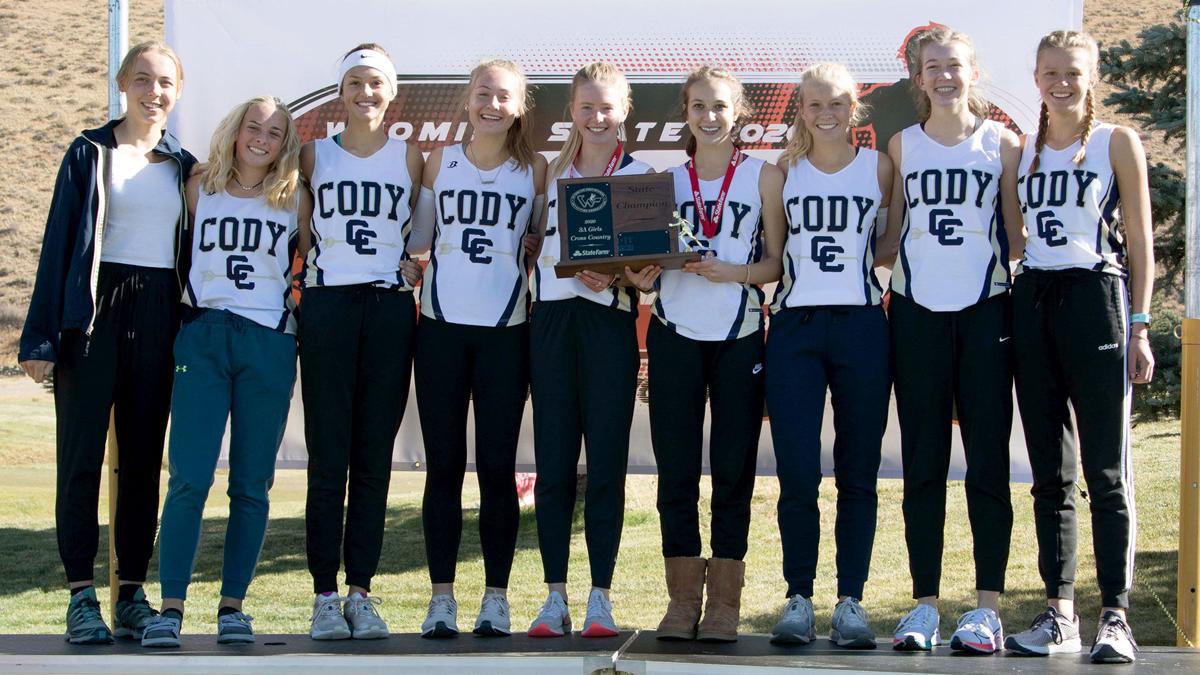 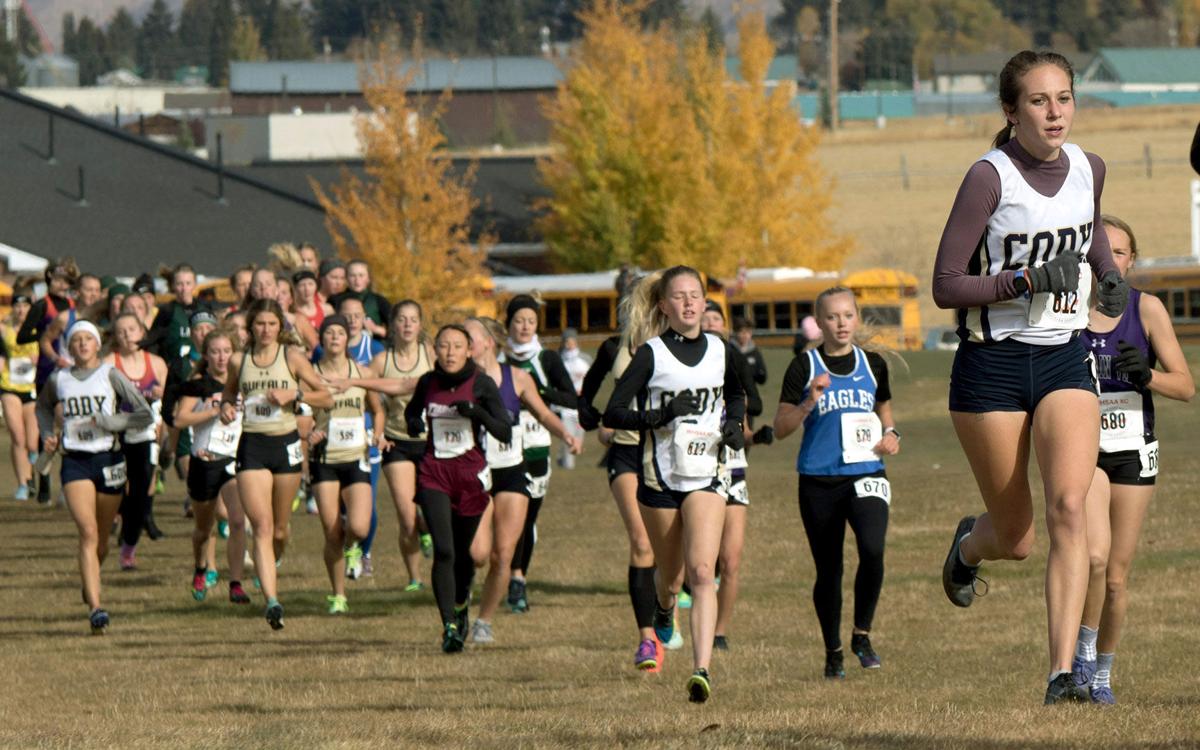 Riley Smith (right) finished third at the 3A State Cross Country Championships on Friday in Afton. Behind her is Ava Stafford, who was fourth. 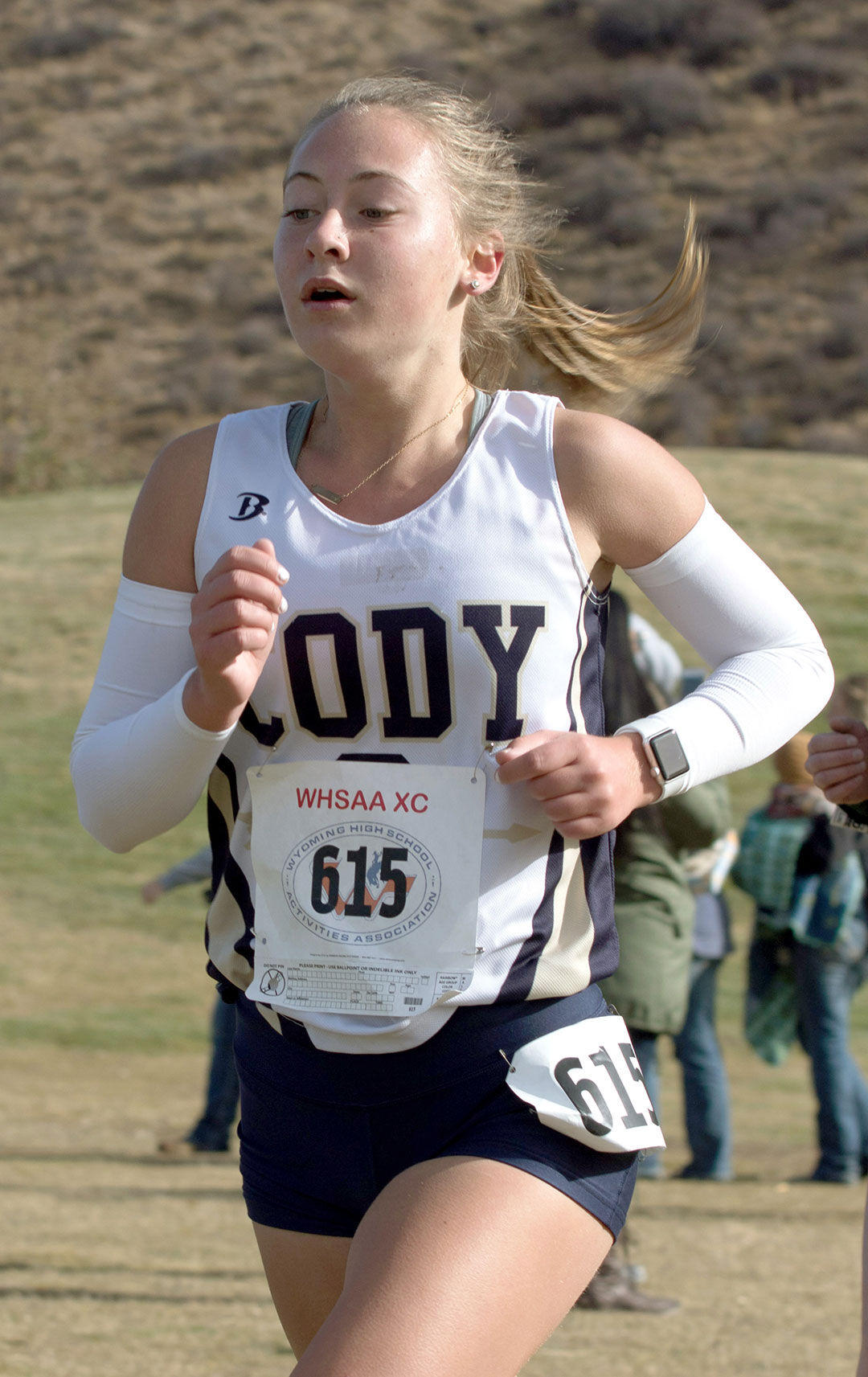 Nicole Wagler was a key finisher for the Cody girls for final scoring. 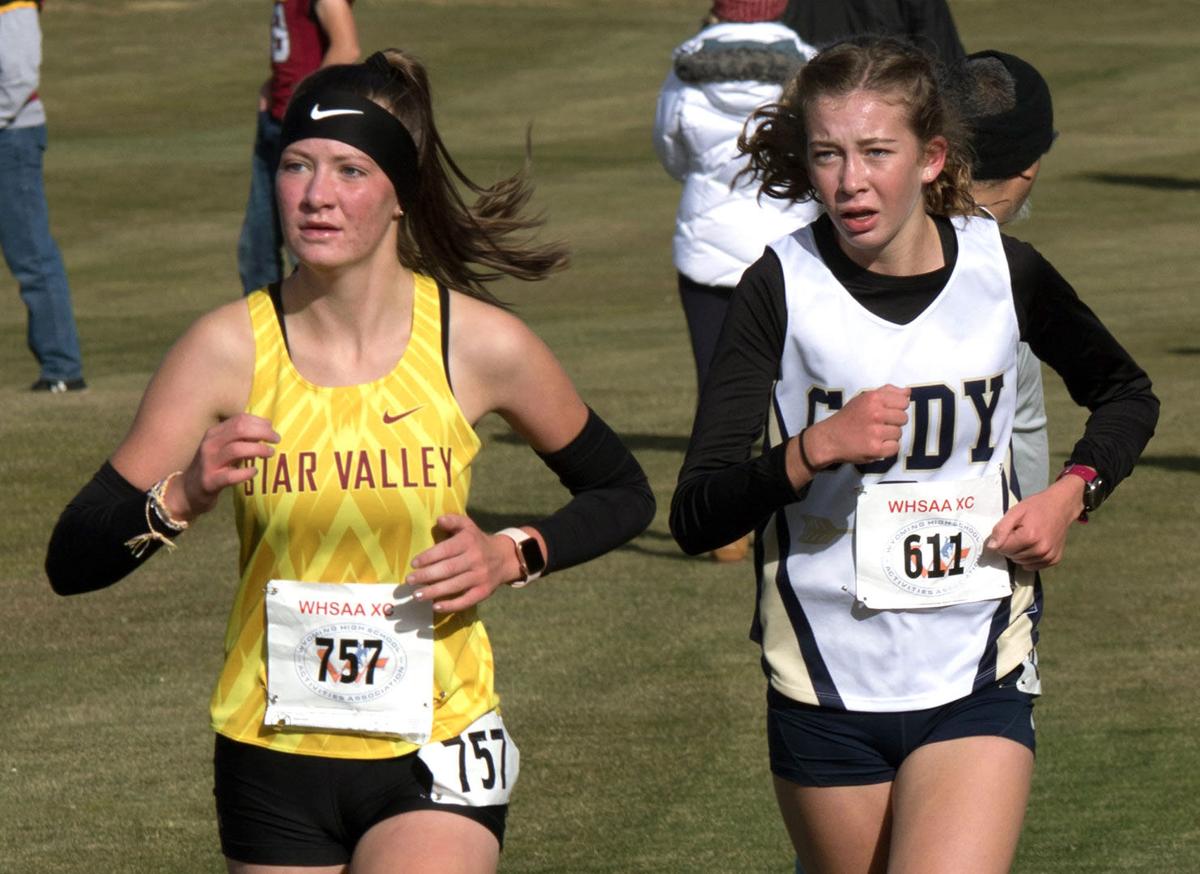 Ashton Powell (right) was the fifth finisher for the Fillies. 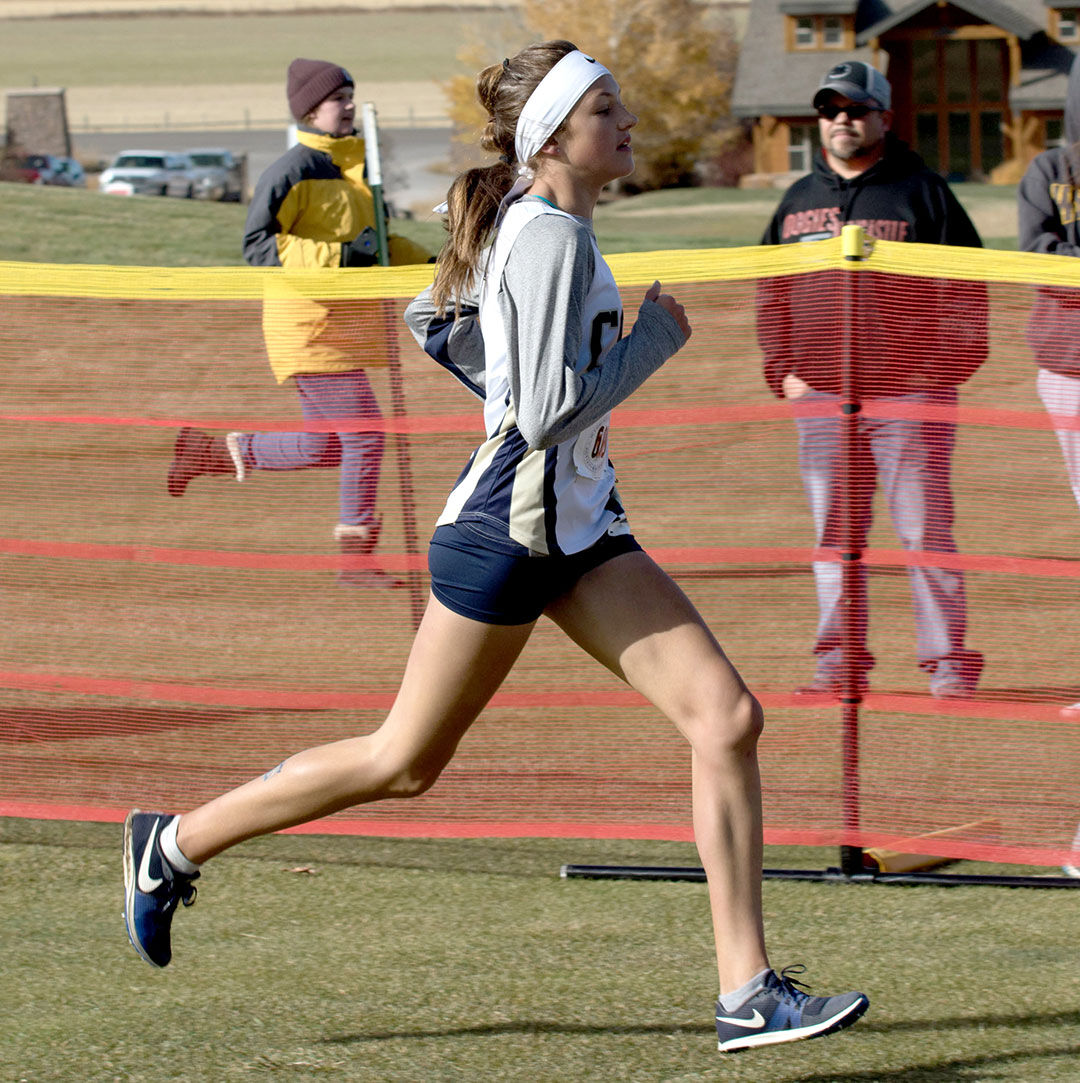 Keira Jackson runs for the finish line during the race.

Riley Smith (right) finished third at the 3A State Cross Country Championships on Friday in Afton. Behind her is Ava Stafford, who was fourth.

Nicole Wagler was a key finisher for the Cody girls for final scoring.

Ashton Powell (right) was the fifth finisher for the Fillies.

Keira Jackson runs for the finish line during the race.

Half a mile from the start, Cody senior Riley Smith started feeling her lungs tighten up, her asthma making its presence known.

But she pressed on, finishing a tough cross country race in third place and leading the Fillies, along with Ava Stafford in fourth, to a second consecutive state title Friday in Afton.

“With asthma you can’t really do much about it,” she said. “But I knew girls were doing their best so I had to do my best.”

Cody edged Buffalo by three points to repeat in 3A.

Smith said she was disappointed to finish third after coming in second last year, but when her asthma symptoms crop up there’s not much she can do about it until the race is over and she can get her inhaler. So, as she’s done at times this season, she fought through it. And from a team perspective, she was thrilled to be a part of another win.

“We all worked hard every practice, every race,” Smith said. “We all came out today and worked our hardest. After losing two prominent teammates, we were able to get our second title. With a young team, that’s so cool.

“Going into this we didn’t know how the race would go, but I think our girls team is such good friends, all so close. We’re racing for each other. I just think the team relationship is really what helps us.”

Shaffer said Smith and Stafford staying ahead of Buffalo’s top runners was crucial to the win, as the two teams have matched up all year. Stafford filled the role her older sister had the year before as the second Filly behind Smith.

“It was really fun to be able to be a part of winning state again and I’m super proud of my teammates,” Stafford said. “We all ran well and raced for each other. The course was a little hilly but our training helped us through the race.”

Originally scheduled for Saturday, the meet was pushed up due to the threat of incliment weather.

“I’m glad that the race was pushed up a day so that we didn’t have to run in any snow,” Stafford said.

The Fillies won despite their struggles. After the top two, Shaffer said Jackson, a freshman, was pressed into the third spot and made it count, finishing just a second behind Buffalo’s fourth runner.

Wagler, who in track season is tackling hurdles and middle distances, not 3.2 miles, made her final cross country season count.

“She’s not a distance runner by trade, but she trained all summer and she did well,” Shaffer said.

Powell had entered the season as the No. 3 runner but was derailed late by the torn labrum. Shaffer said while she had struggled with the hip injury and was not allowed to run for two weeks, it was her fifth place finish – nine spots ahead of Buffalo’s final scoring runner – that helped clinch the Cody win.

“Cross country is a team sport,” he said. “You’re only as good as your fifth runner.”

Wanting to help her teammates if she could, Powell tackled the hilly course.

“I’ve lost a lot of fitness but ran as hard as I could for the team,” Powell said. “It was a cool experience to win again with these girls. I love this team because we work hard and have fun together.

“I knew I could trust them to run their hardest.”

Five of Cody’s top seven have the chance to return next year to again defend a title, and the runner who led them to two straight is optimistic.

“Once I leave the next group of girls are so nice, such leaders,” Smith said. “I don’t think there will be a problem with competitiveness next year.”