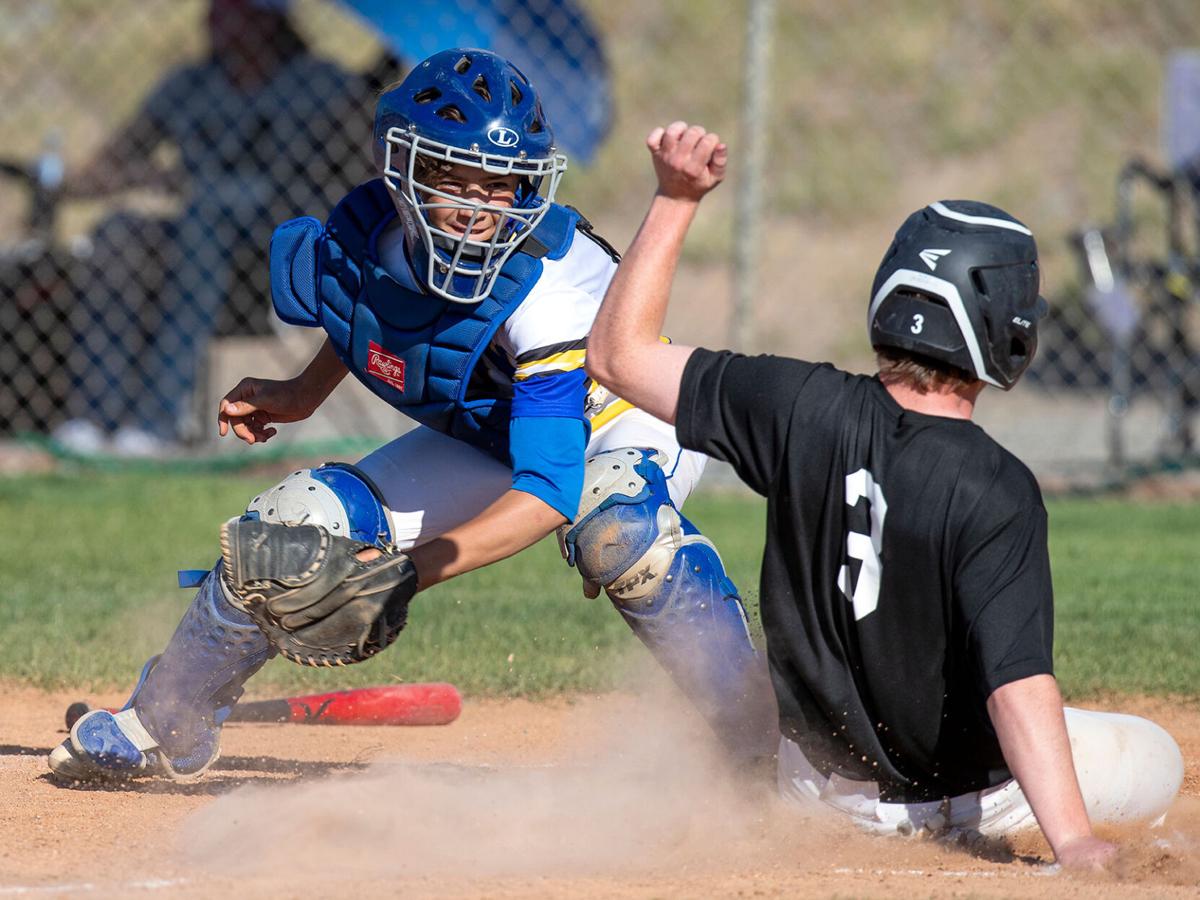 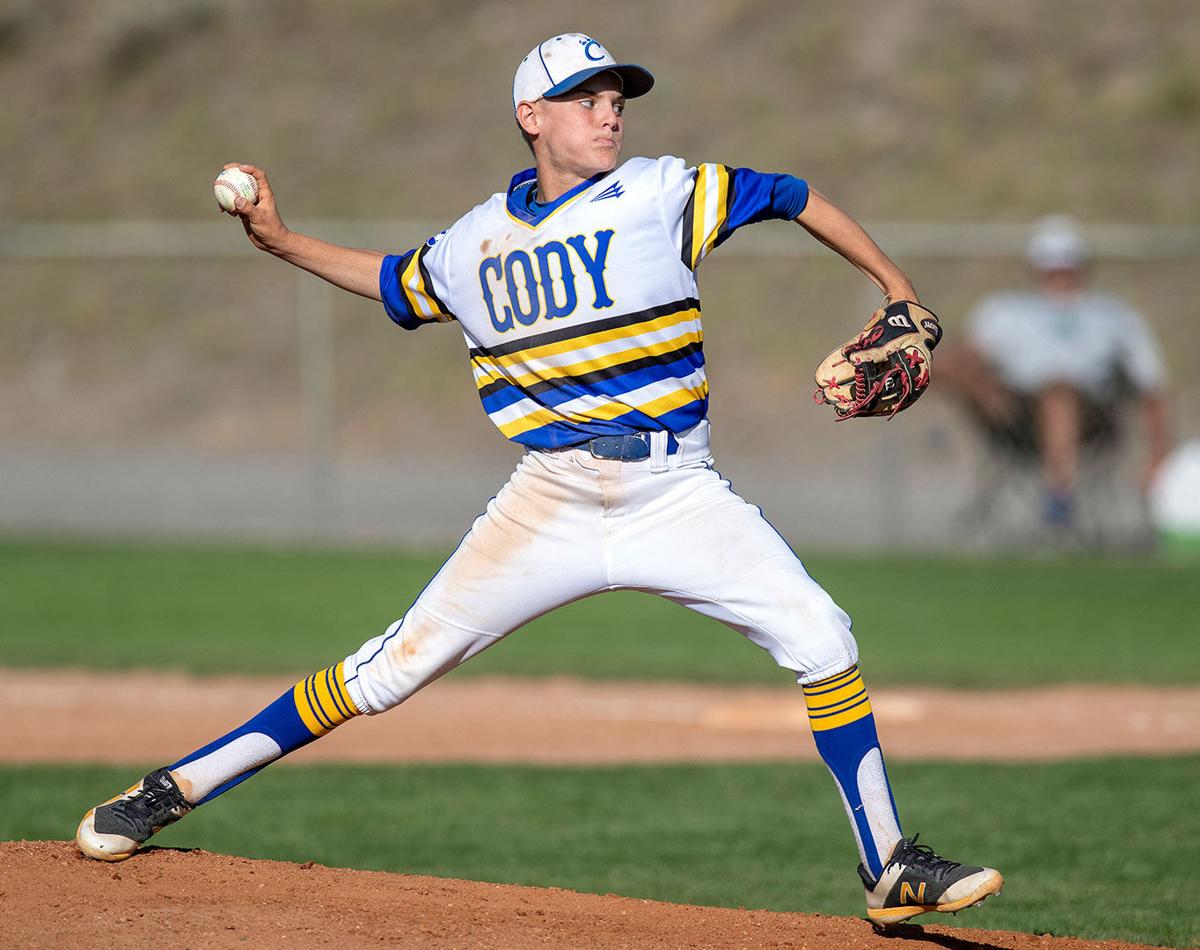 The Cody Legion B team wrapped up the regular season on a five-game winning streak and are now 17-17 overall.

“It was good to see the team finish the regular season strong in all areas of the game,” coach Beau White said.

Making its lone appearance in the Lions Club Tourney on July 11, the Cubs couldn’t hold down a hot-hitting Gillette team.

“Gillette put a lot of balls in play,” White said. “We gave ourselves a chance to score but couldn’t come up with the big hit.”

A seven-run third was enough for the Rustlers to pull away from the Cubs, but Gillette also put up five in both the fifth and seventh for the big win.

“They just hit the ball really well but playing an A team I thought we competed,” White said.

Four walks scored one in the second for Cody, with two more coming in the fifth thanks to three errors and a double by Dominic Phillips.

Devon Torczon took the loss, giving up seven runs on eight hits through 3 innings. Reinker pitched 3 1/3 innings and allowed 10 runs on nine hits. Wyatt Carlson went 2/3 of an inning and allowed one hit.

In a back-and-forth game, the Cubs managed to hold on for the win July 14.

The Cubs took advantage of some errors while also getting a few timely hits to score three in both the first and second innings.

“We competed well at the plate and got some timely hits,” White said.

The Colts scored five in the third and took an 8-6 lead in the fourth.

Cody answered with six of its own in the bottom of the fourth to go back up 12-8.

The Colts mounted another comeback but fell just short.

“The pitchers did a job of throwing strikes and we worked hard every play to come up with the win.”

A five-run second inning gave Cody a strong start on July 15 in Sheridan. William Duke and Carlson had singles during the frame.

“We hit the ball really well against Sheridan,” White said. “ Scoring runs early in both games allowed our pitchers to go attack the strike zone and our defense played well behind them. I thought the guys were aggressive on the base paths which gave us numerous scoring opportunities.”

Singles by Torczon, Peterson and Jace Jarrett, and a sac bunt by Eli Johnston scored two more in the fifth.

Sheridan scored two in the fourth, three in the fifth and one in the seventh, with the tying run on first.

Jarrett earned the win, giving up five runs on six hits through 6 innings. Torczon pitched 1 inning and allowed one run on three hits.

The Cubs had 23 hits in a high-scoring second game.

Cody scored in all but one inning, with 12 in the sixth. Eight walks, two errors and singles by McAlmond, Carlson, Reinker and Connor Moss plated the runs.

At the plate, Reinker, Johnston and Peterson went 3-4, Carlson 3-5 and Jayvin McAlmond 2-3.

The Cubs scored in all but one inning on their way to an early win July 16.

“Our bats were really good again against Riverton,” White said. “We also had a couple of good outings from our pitchers. The difference in both games was our base running.”

Up 7-2 after four, the Cubs scored five in the fifth, which included doubles by Carlson, Duke and Johnston.

Johnston earned the win, giving up two runs on four hits through 5 innings.

The Cubs let an early lead slip away in the second game and trailed 8-7 heading into the bottom of the sixth.

But Cody came up big in the inning, scoring seven on singles by Schroeder, McLeod, Johnston, Torczon and Carlson, two walks and two errors.