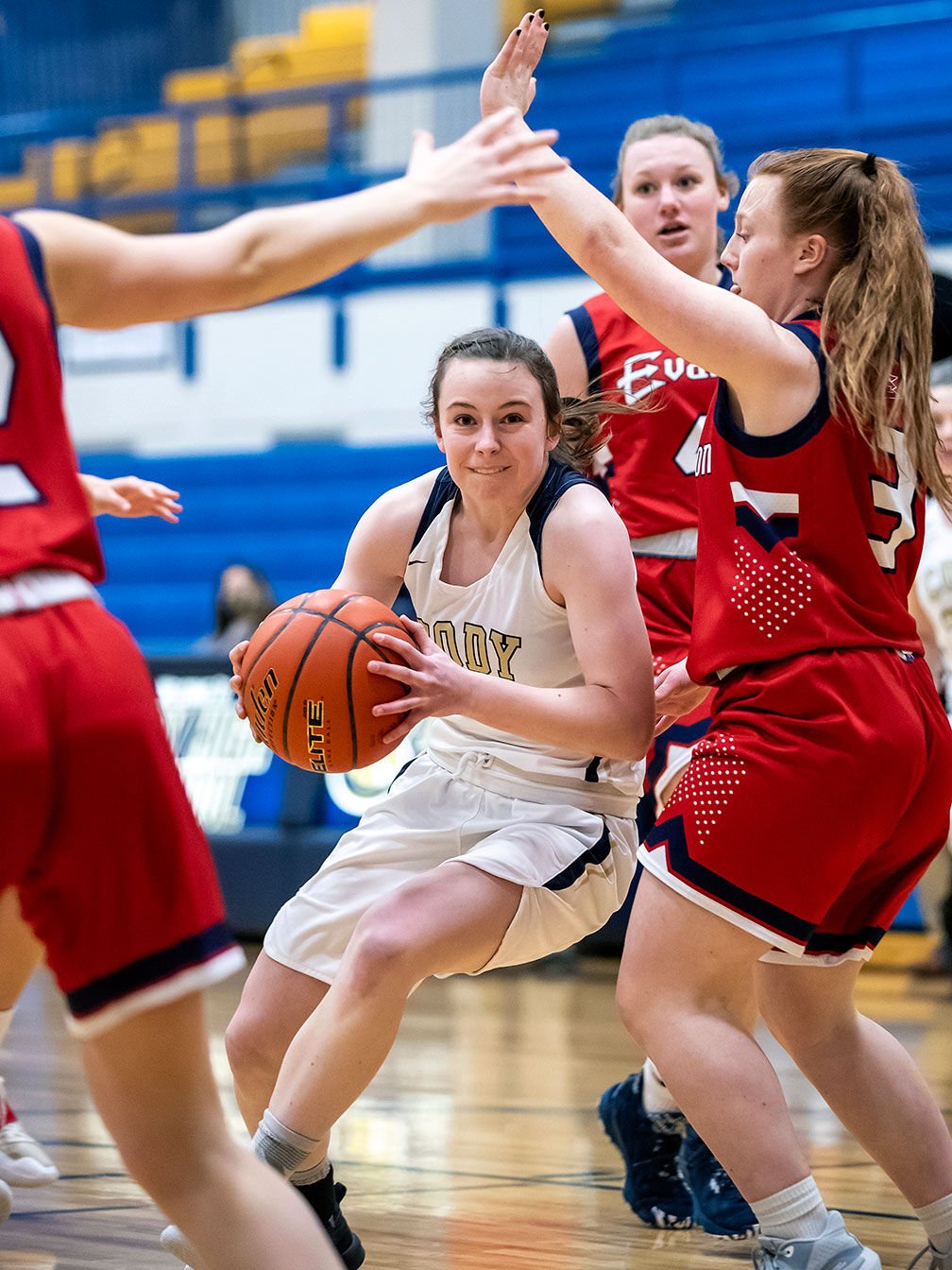 Riley Simone drives to the basket during a game against Evanston.

Callie Shelton takes a shot during the game.

Riley Simone drives to the basket during a game against Evanston.

Callie Shelton takes a shot during the game.

The Cody girls JV basketball team finished a successful season recently, while also sharing some of its top players with the state runner-up varsity team.

The JV girls finished 15-4 and shared players with both the freshman and varsity teams. The core group for the team was Jessa Lynn, Ava Meier, Riley Simone and Hailey Hansen. Lynn and Meier also played important minutes for varsity at the state tournament.

The JV squad was young, consisting of sophomores and freshmen. It was the second year of JV experience for Lynn, Meier and Hansen.

“I was very pleased with their improvement from last season to this season,” coach Jill Lynn said. “The freshmen girls joined us midway through the season and I was impressed with how they progressed during their time with JV.

“I think the success of our varsity season along with our JV season is a good sign that we have the potential to be competitive again next year.”