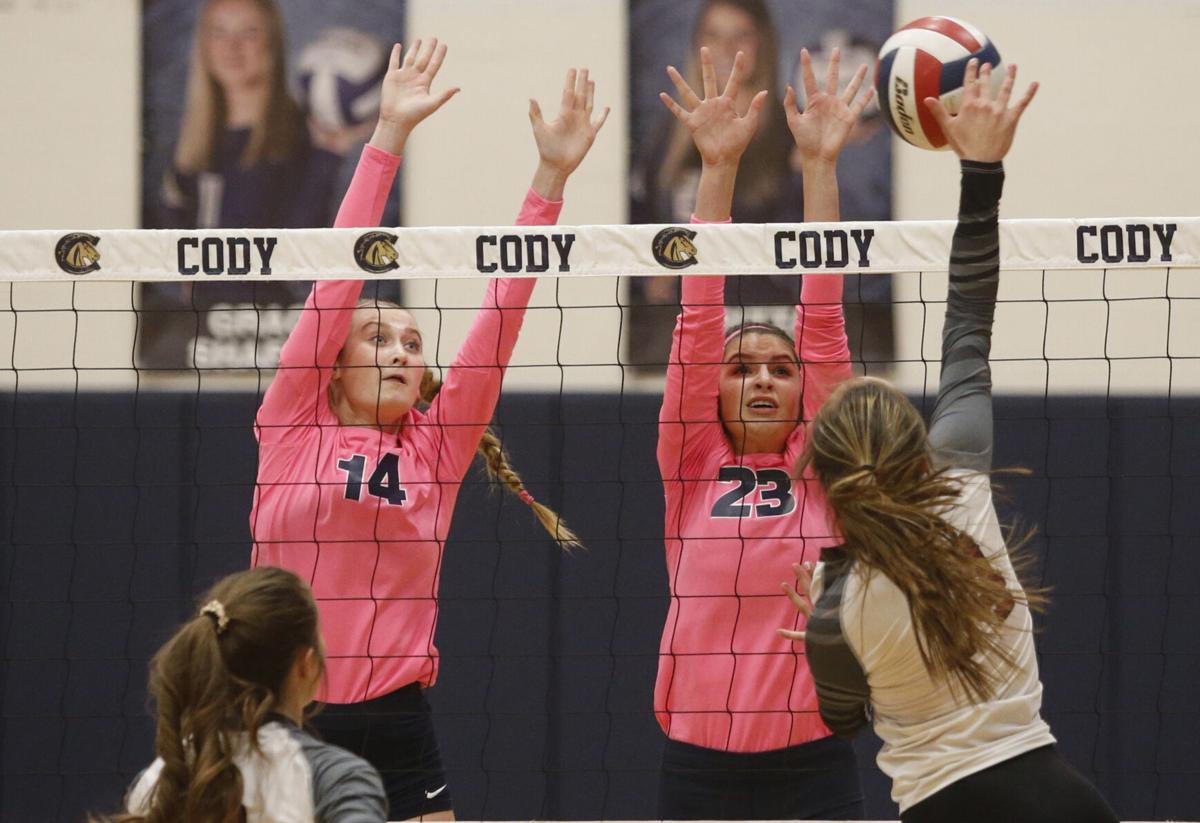 Lake Harrison and Brittan Bower go for a block against Riverton. 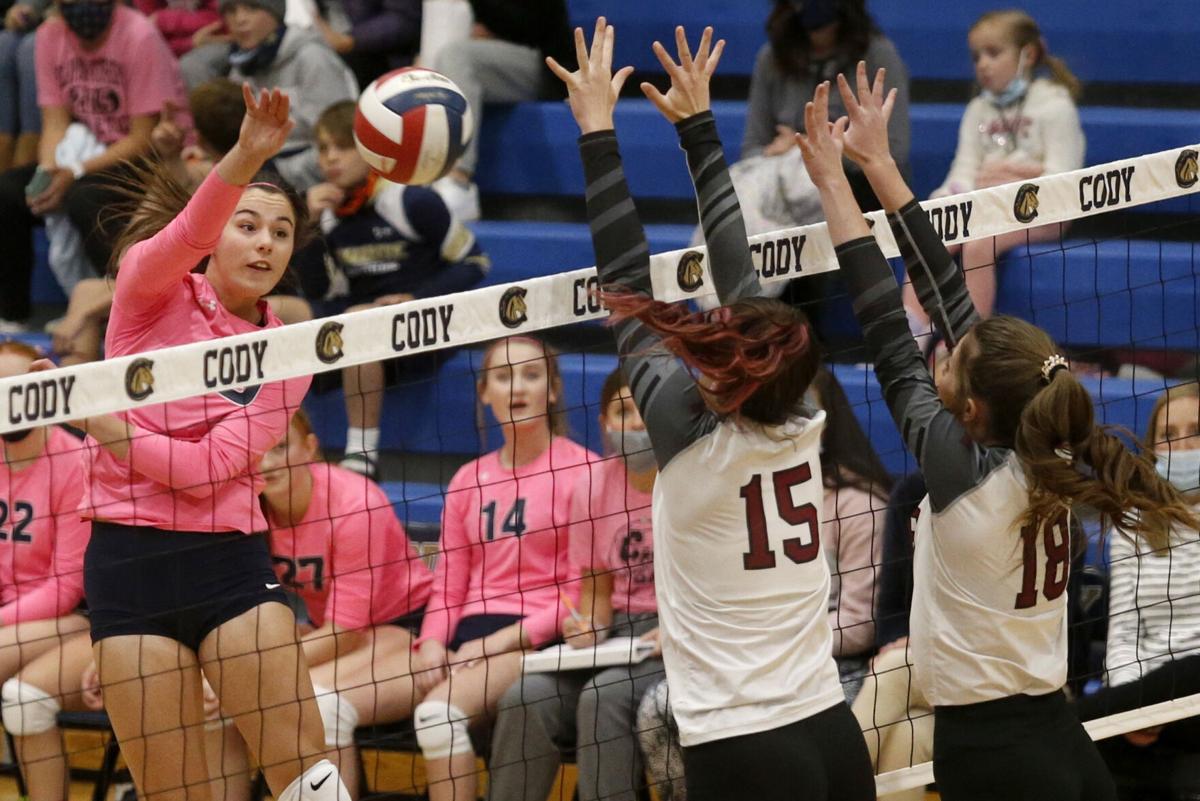 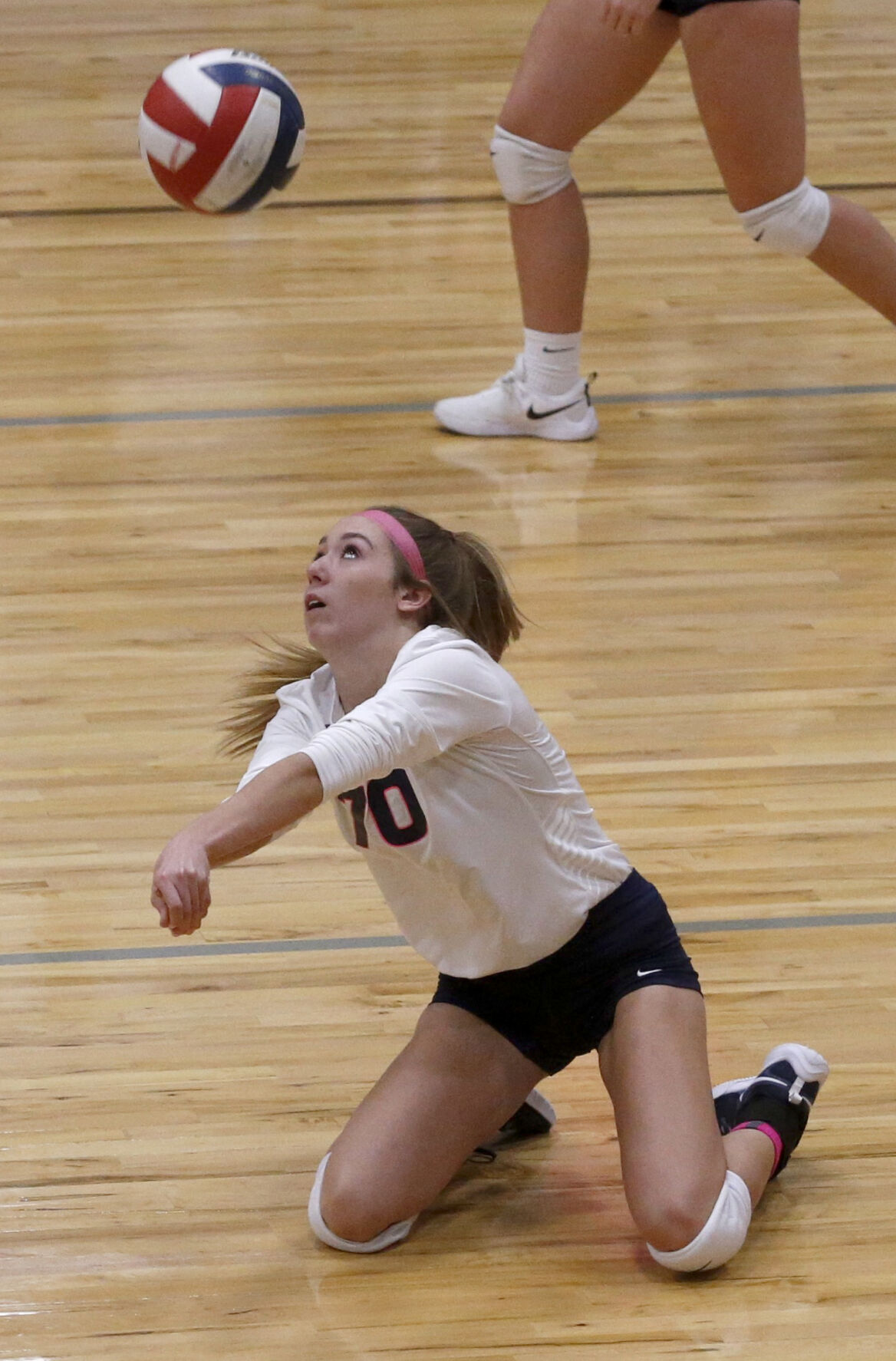 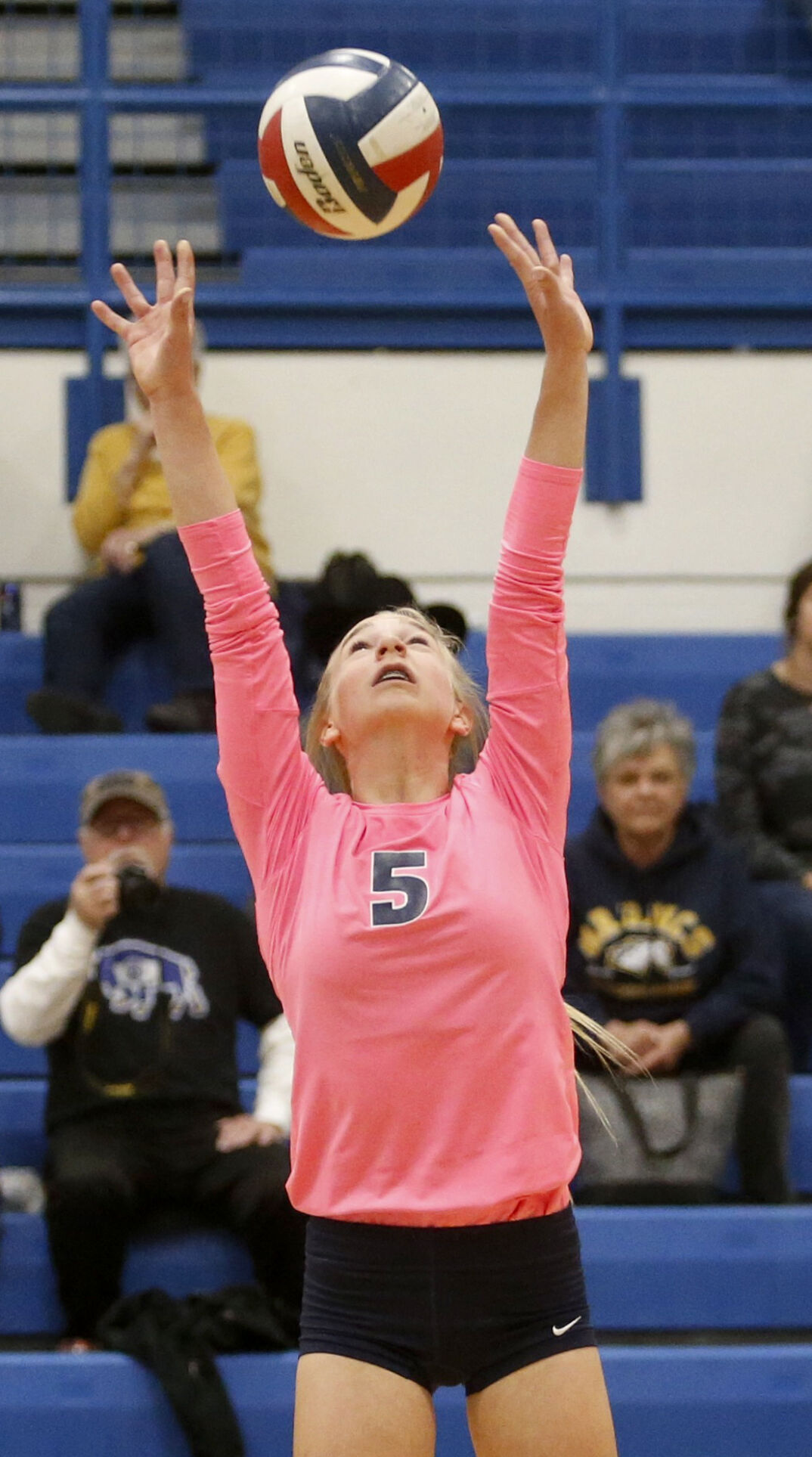 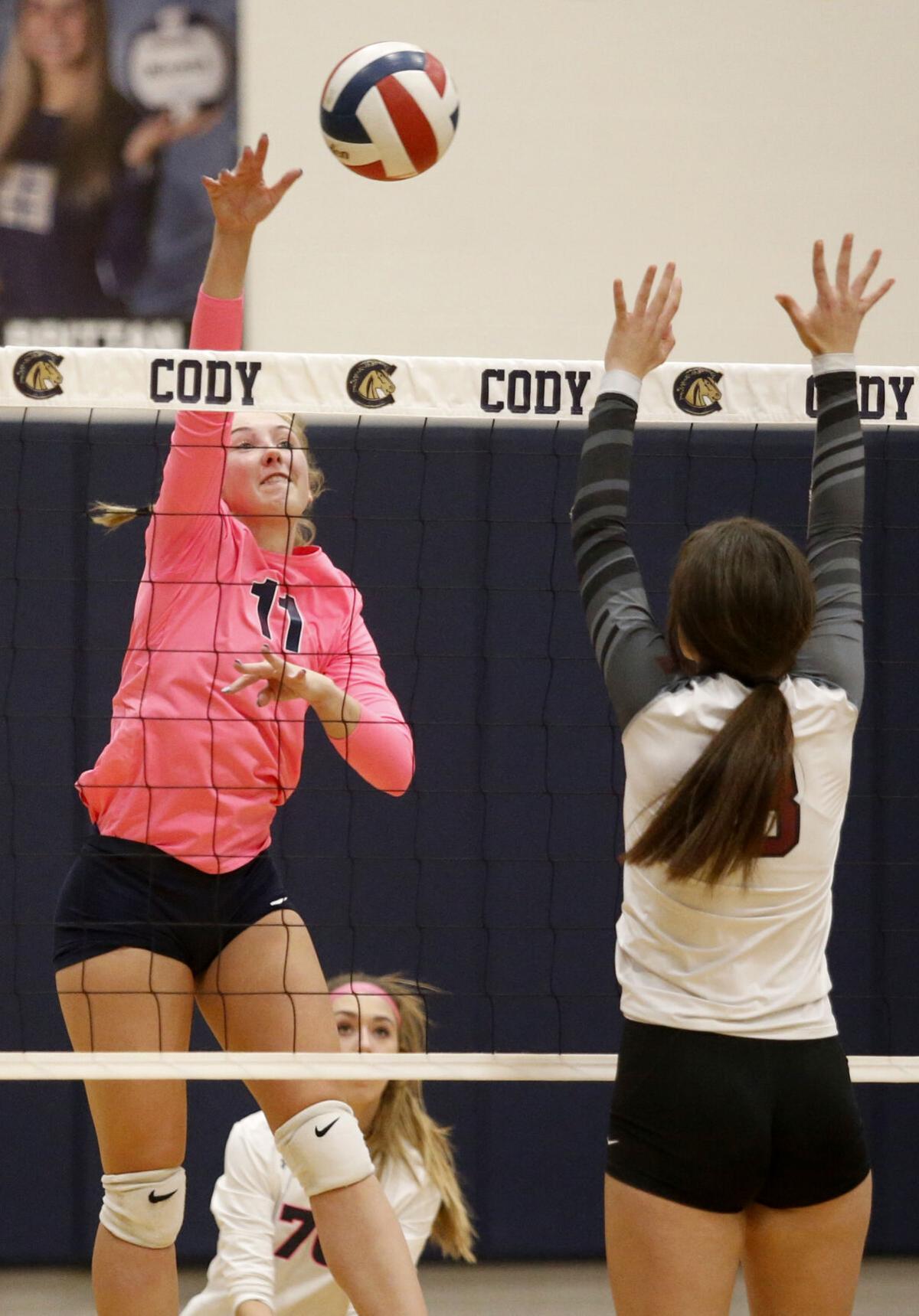 Brittan Bower serves during the match. 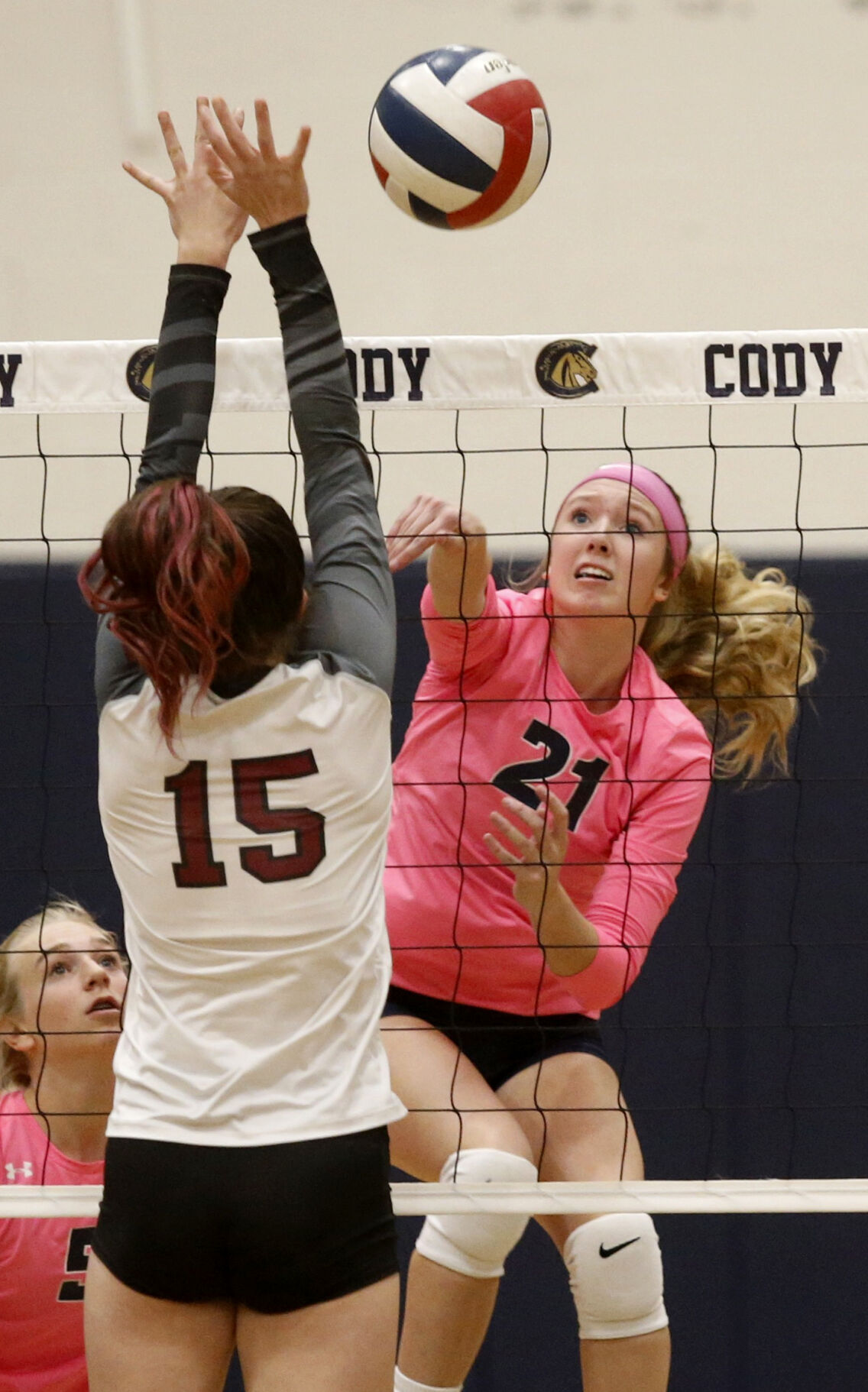 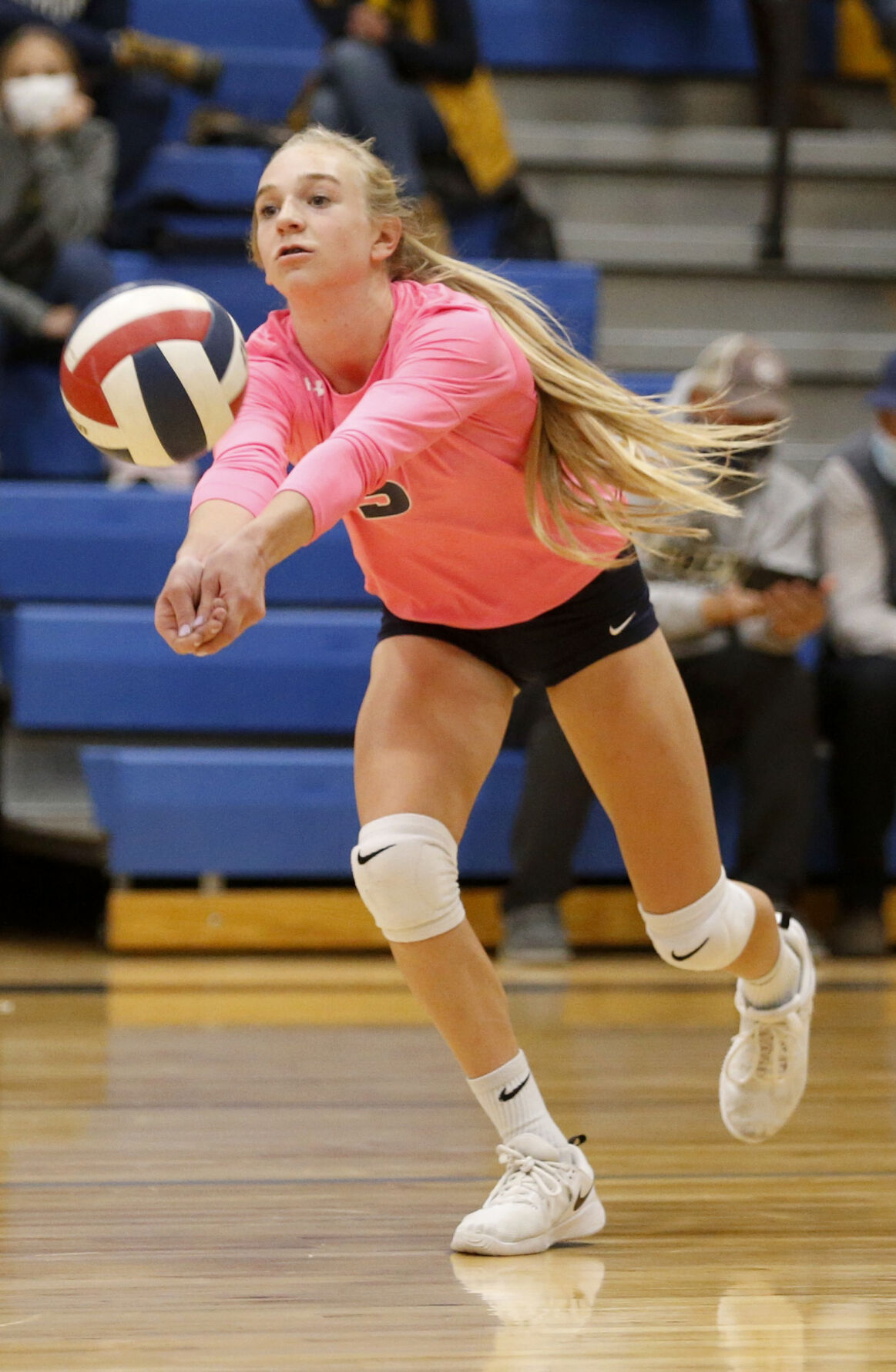 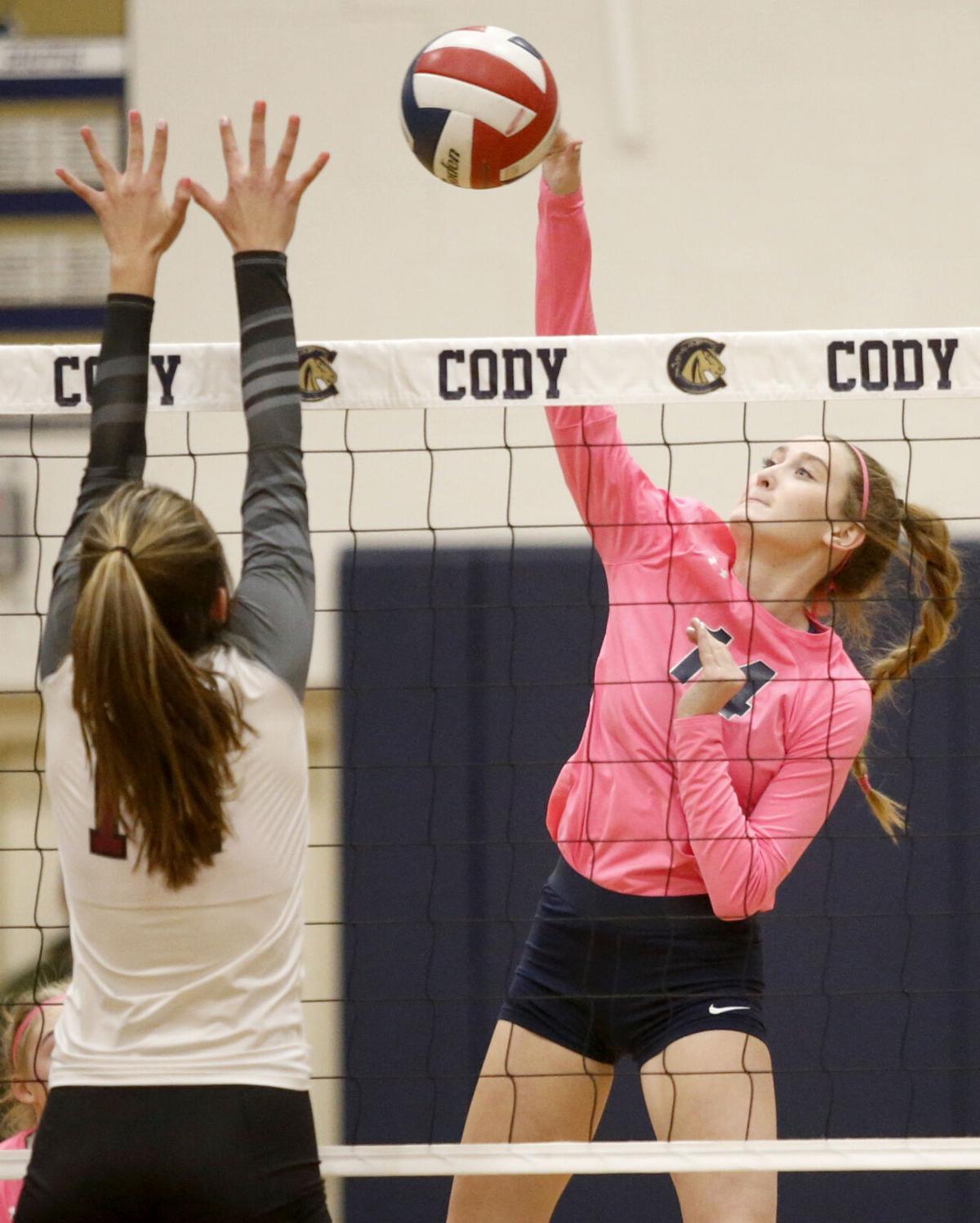 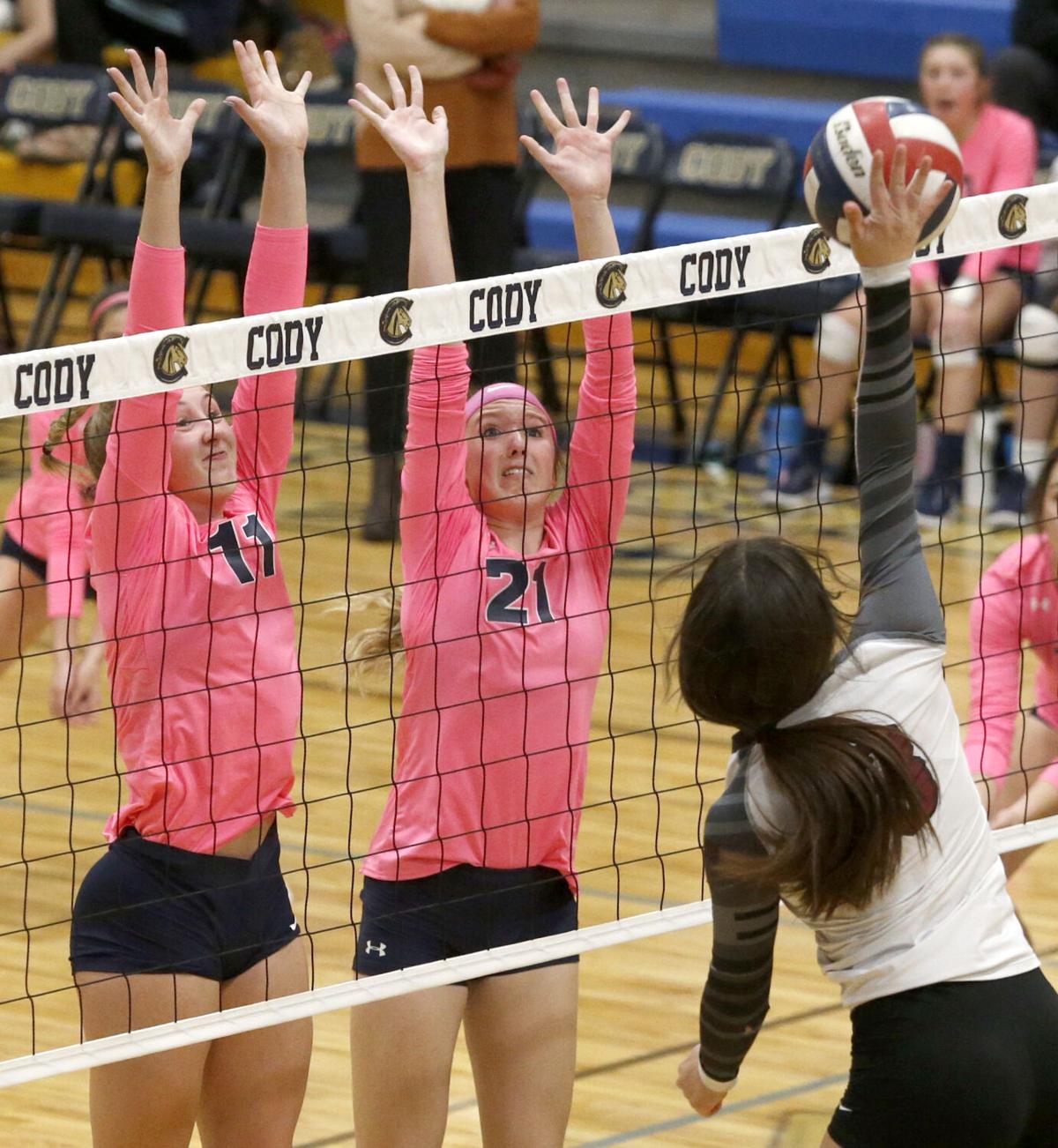 Lake Harrison and Brittan Bower go for a block against Riverton.

Brittan Bower serves during the match.

The Cody volleyball team has been working in practice to get the middles more involved.

It showed on Saturday, as both Reece Niemann and Lake Harrison scored multiple points for the Fillies during a 3-0 conference win over Riverton on Saturday.

“My timing is a lot better offensively and I know when to get off the net defensively,” Harrison said. “It’s definitely helped.”

The Fillies (11-7, 2-4) defeated the Lady Wolverines 3-0 earlier in the season too and started strong Saturday. Cody went up 10-3 with kills by Grace Shaffer, Niemann and Autumn Wilson and an ace by Kennedi Niemann during the run.

“We started strong,” Molly Hays said. “We pushed points and were communicating well.”

“We started a little slower than I wanted,” coach Stephanie Birch said. “We go up on them, but then we plateaued out. They were mixing up their serves.”

An ace by Kennedi and block by Shaffer and Reece gave the Fillies a slight advantage they never relinquished. A kill by Reece set up game point and Harrison got the final kill for a 25-21 victory.

“We let up and didn’t play to our level,” Hays said. “They mixed up their serving and it helped them.”

Cody had an even better start in the second set, with multiple kills by Shaffer, Harrison, Wilson and Brittan Bower giving Cody an 11-5 lead. During a serving run by Reece, the Fillies scored seven more in a row to lead 19-5.

“We served tough and that got them out of system,” Hays said.

Riverton finally got a kill to end the run and outscored Cody 9-6 toward the end of the game, but the Fillies easily won 25-14.

“We got on a roll and didn’t go back and forth like ping-pong,” Harrison said.

The third set was closer early on, but Cody still maintained the lead. Up 10-6, the Fillies went on a run, powered by strong play of middle Harrison with multiple kills to lead 17-9.

“The middles are starting to do things we’ve been working on in practice,” Birch said. “Being able to integrate that will help us become less predictable on offense.”

“They started serving us tough again, but we adjusted our passing and defense quicker and had a much better flow,” Birch said.

The Fillies took advantage of some Riverton miscues to lead 22-20 and closed out the game with three blocks from Bower and Harrison, Wilson and Harrison and Wilson to end the game 25-20.

“It was nice to be able to end on a win,” Hays said. “It should carry over and help us at regionals. We’ll need to be consistent and play at our level.”

Cody plays in the 4A Northwest Quadrant Tournament on Thursday in Rock Springs. The Fillies, who earned the No. 3 seed, will play No. 2 Natrona.