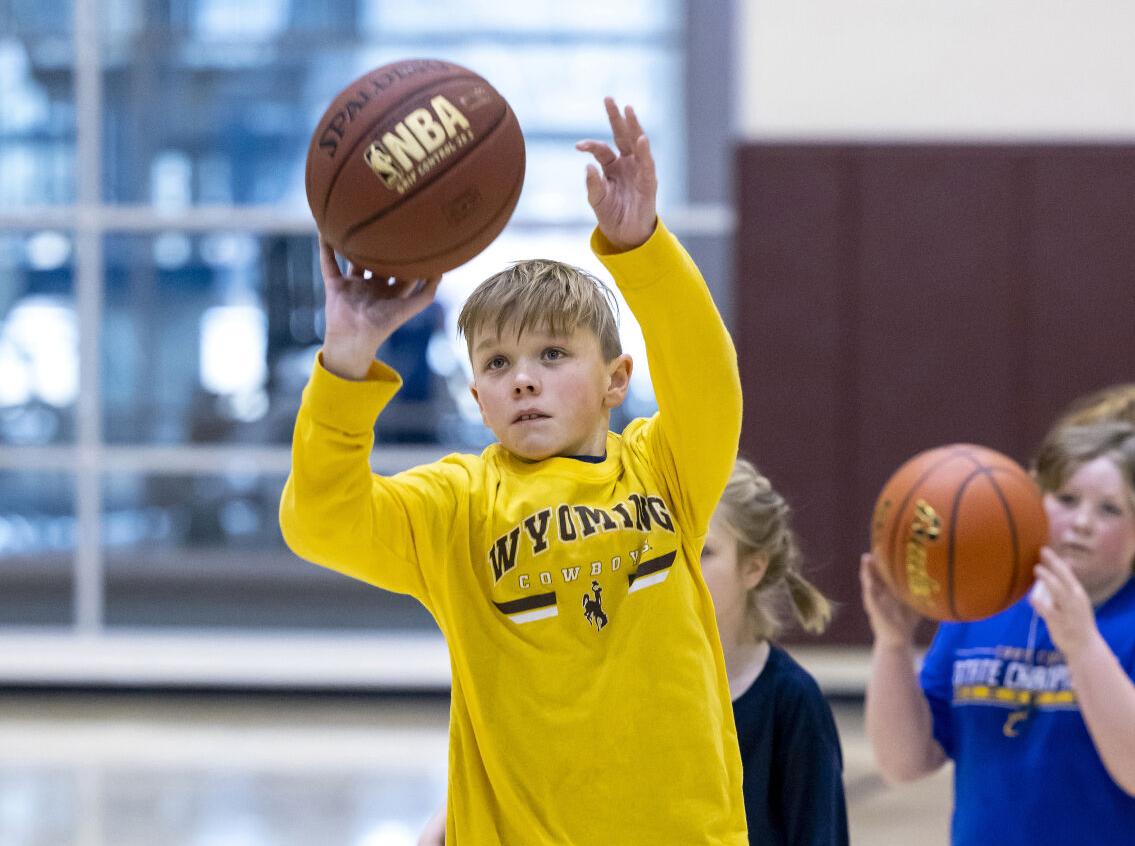 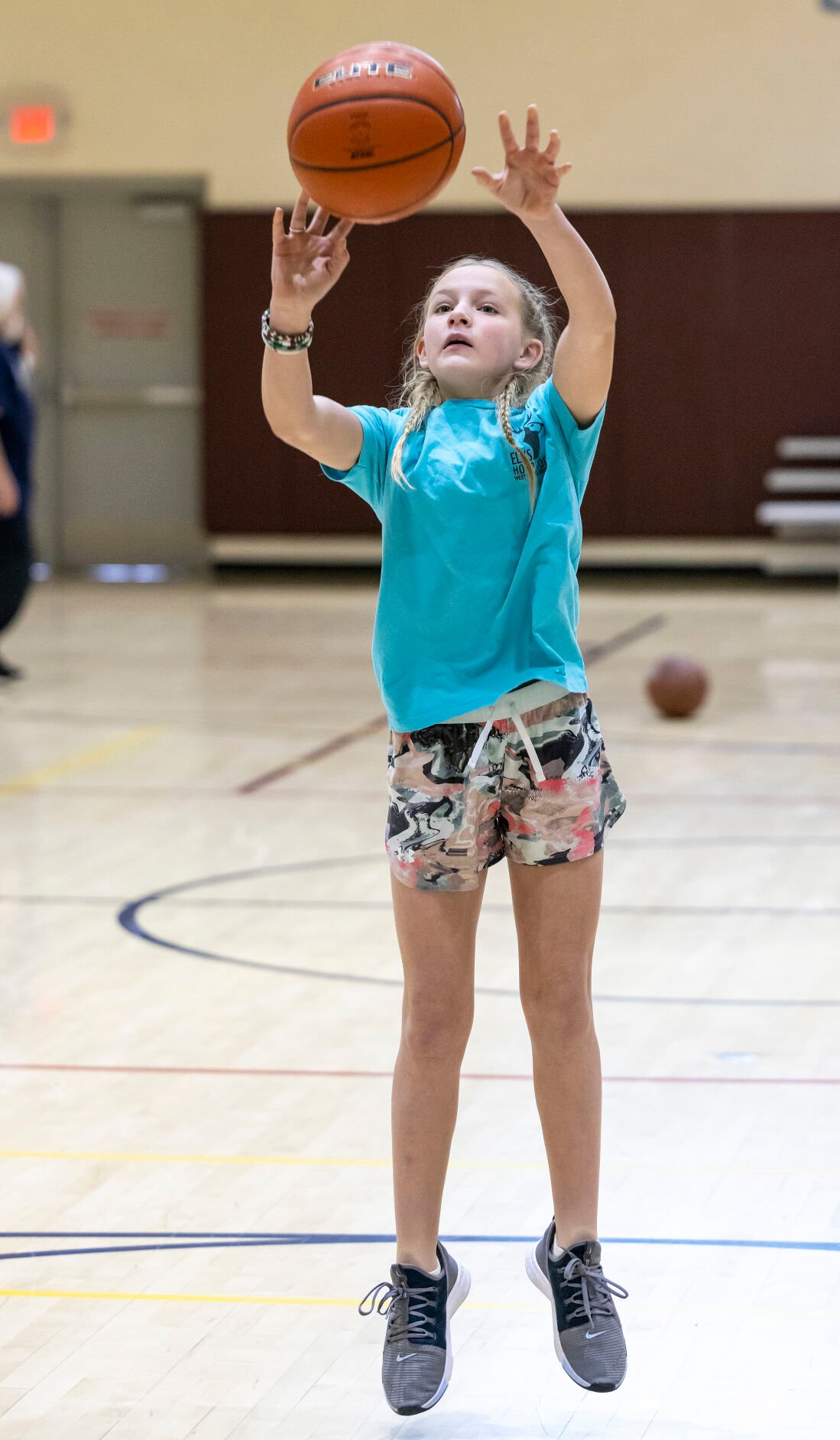 Kylan Bower competes in the Elks Hoop Shoot on Monday at the Rec Center.

Kylan Bower competes in the Elks Hoop Shoot on Monday at the Rec Center.

Some of the best young free throw shooting talent in town was on display Monday morning at the Rec Center during the annual Elks Hoop Shoot contest.

Boys and girls ages 8-13 qualify at local events to move on to the district competition. From there state regional and national champions are crowned.

Kylan Bower seemed to channel her favorite basketball player, sharpshooter Damian Lillard, on her way to winning the girls 10-11 competition. The 11-year-old has been competing since she has been eligible, and has shot her way to the regional contest in Colorado Springs before.

“I think I made 15 out of 25,” Bower said. “The secret is to just get up there and take some deep breaths. I’m pretty sure I’ll go and compete at districts again.”

Derina Schlake locked down first place for girls 12-13 to secure her a place at districts.

Football may be 11-year-old Jacob Talich’s primary sport, but traveling and playing in the Cody youth basketball program helped him earn first place in the boys 10-11 division.

“I think I made 14 free throws, but they haven’t told me yet,” Talich said. “It was a lot of fun. I would like to move on to districts and see how I do. I don’t really have a certain position I play in basketball, I just kind of play anything.”

Kolby Smith finished second behind Talich in their division.

Those who qualified are on to the district competition on Jan. 8 in Greybull. From there, qualifiers move on to the state competition in Casper and then the regional shoot  in Colorado Springs.

“There are so many people in Colorado Springs,” Kylan Bower said. “You can get pretty nervous in front of all of those people.”

All participants receive certificates of participation and achievement. Winners receive trophies and plaques.

The names of the national champions are at the Naismith Memorial Basketball Hall of Fame in Springfield, Mass.

More that 250,000 shooters are expected to compete in this year’s competition.