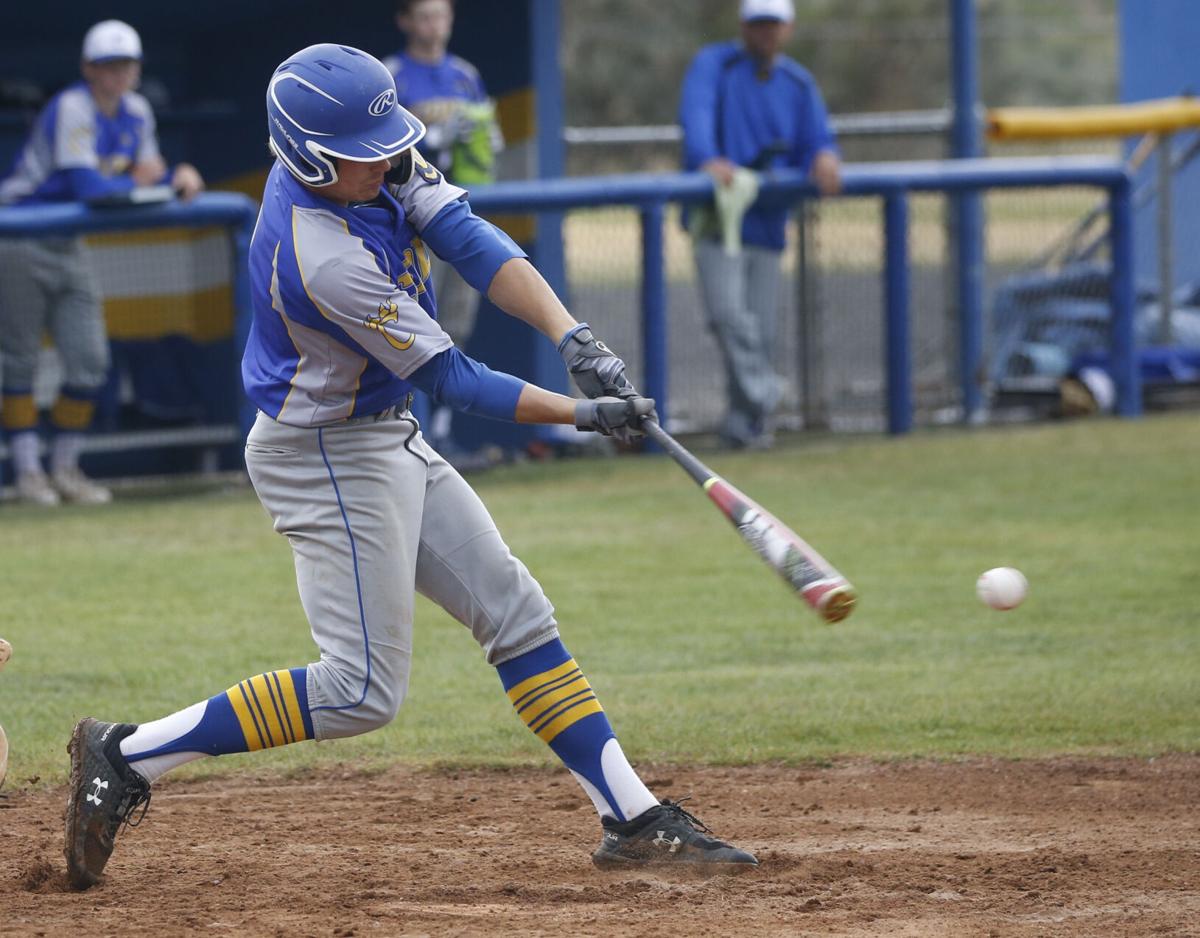 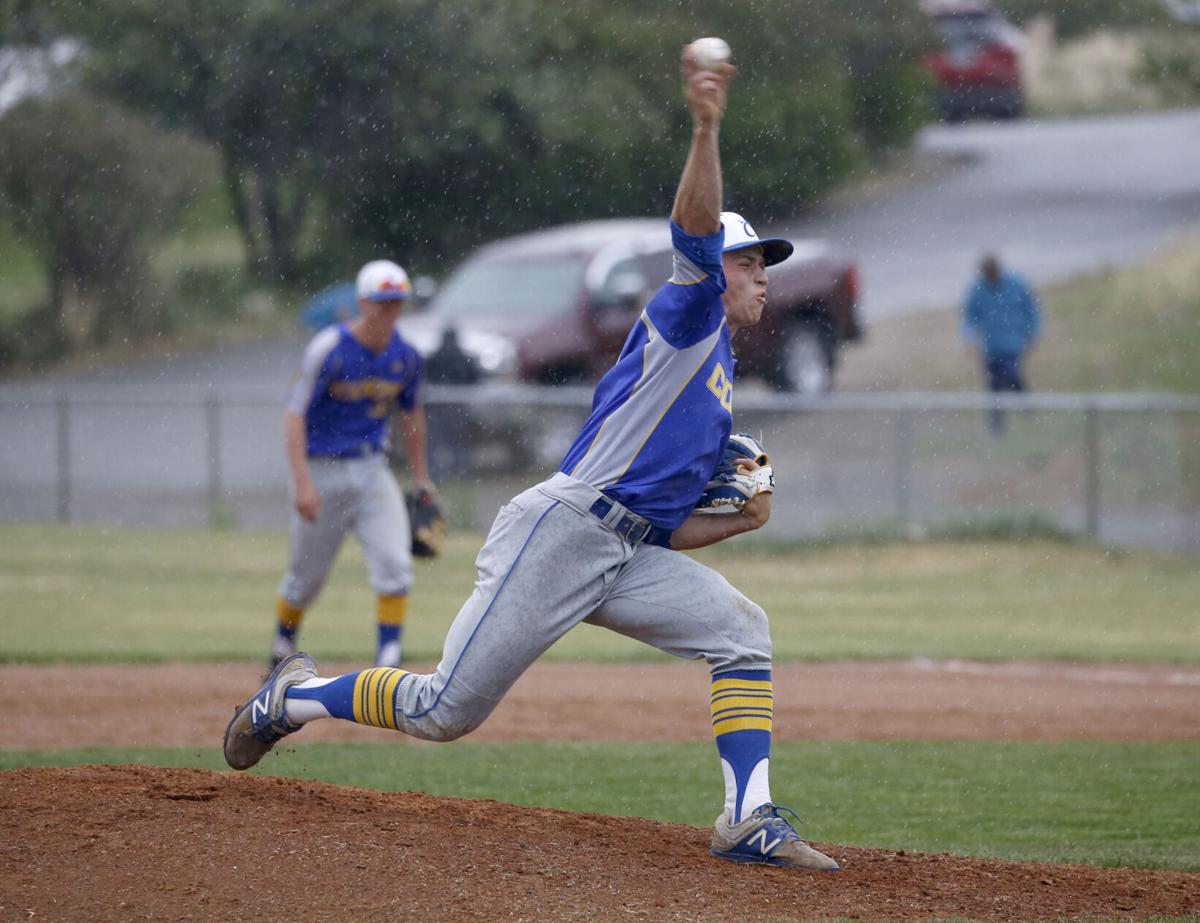 Tyler Grenz pitches through the rain. 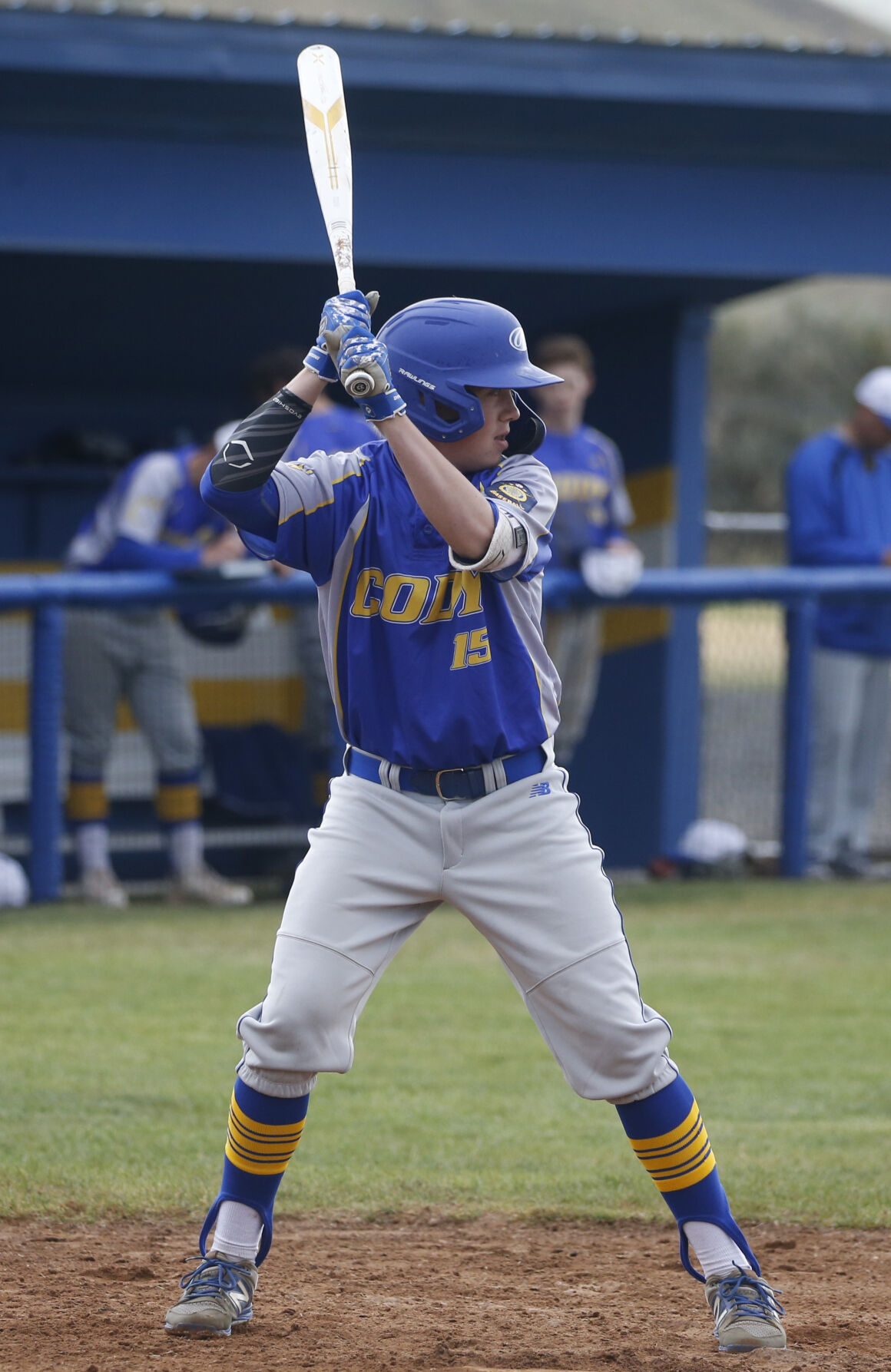 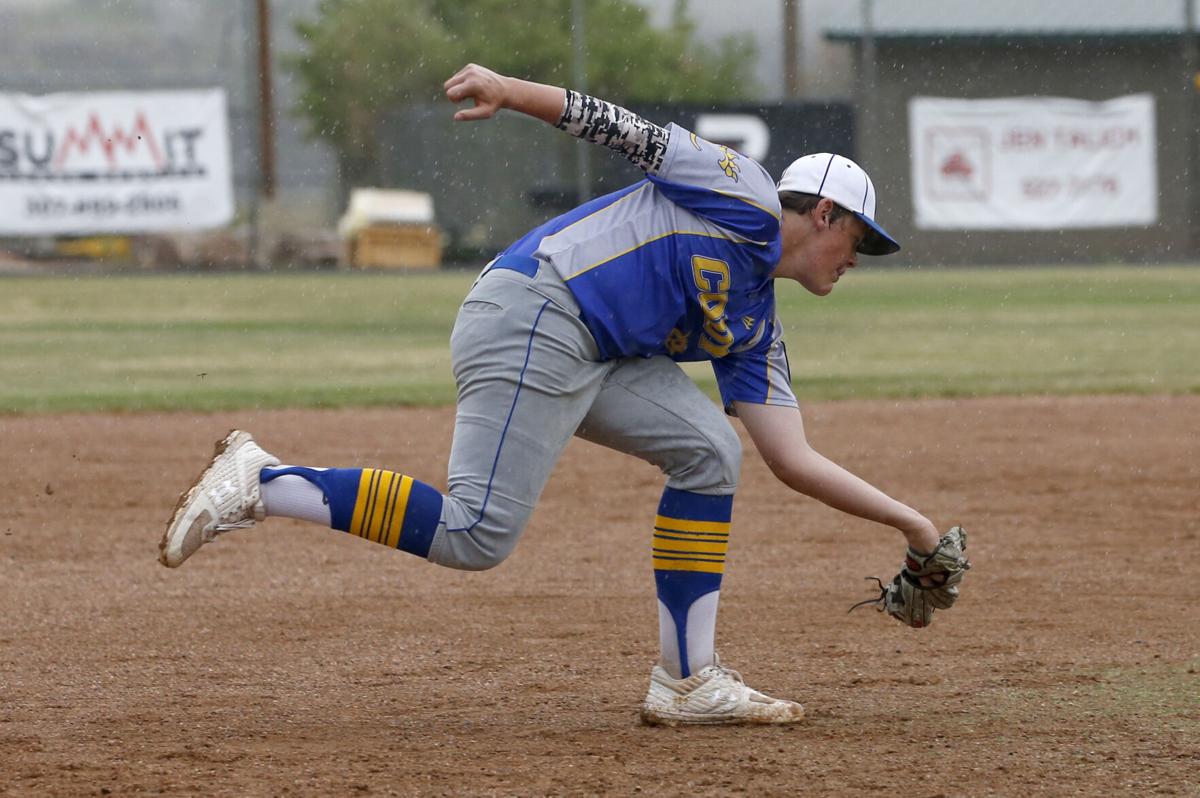 Dominic Phillips makes a stop at third base.

Hayden Bronnenberg tries to pick a runner off first. 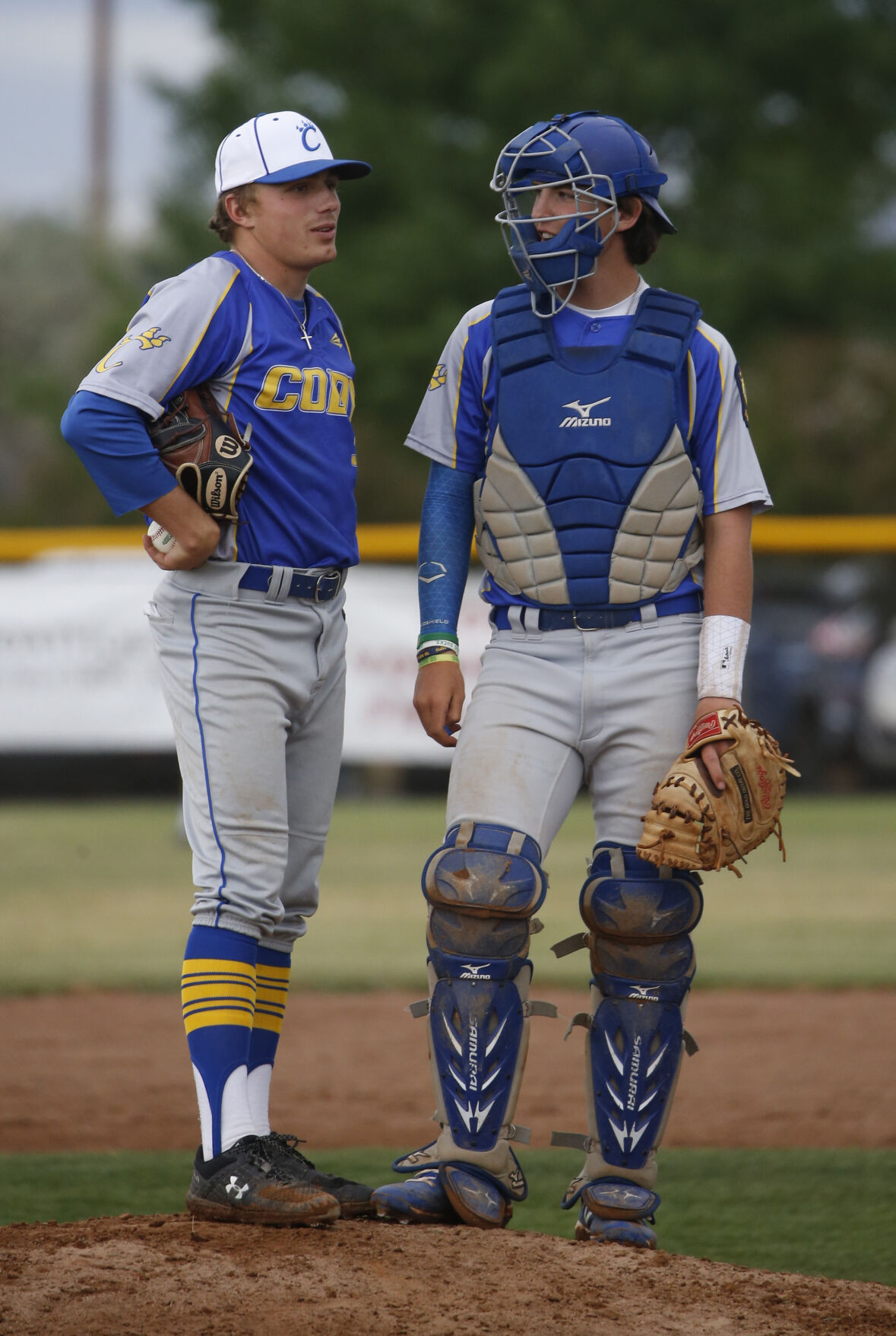 Jared Grenz and Devyn Engdahl talk on the mound. 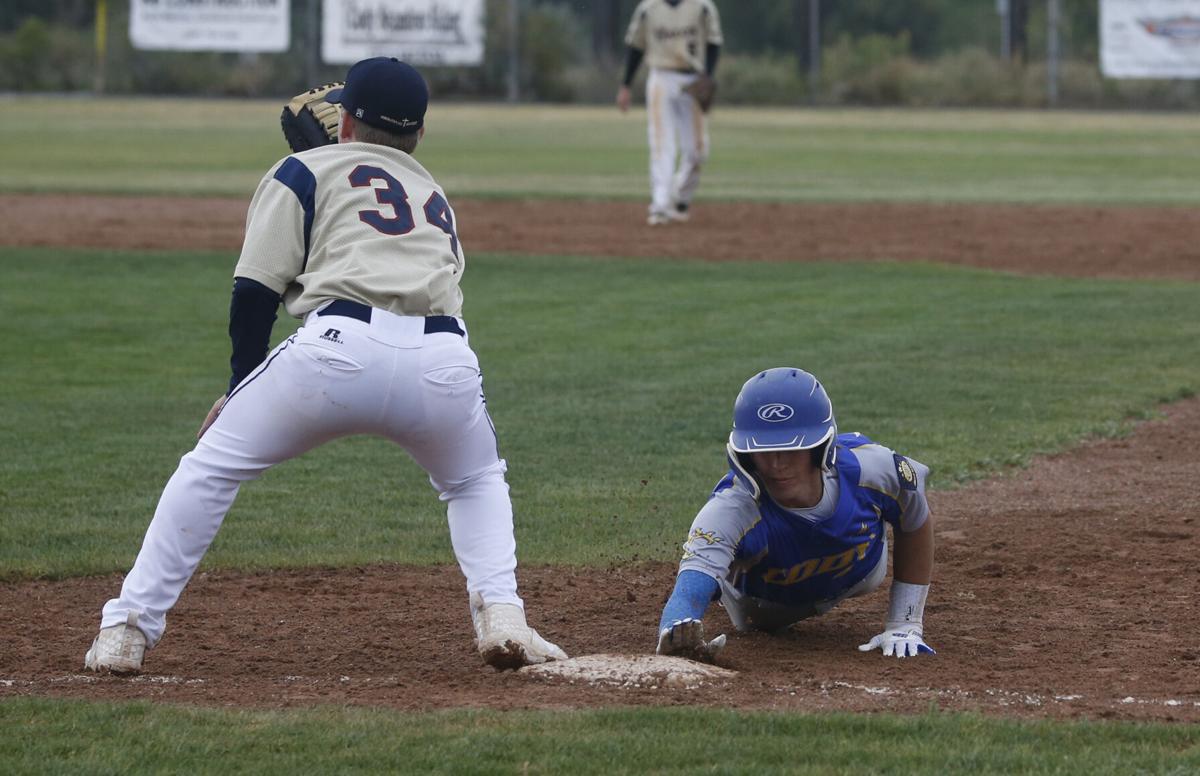 Devyn Engdahl dives back to first base. 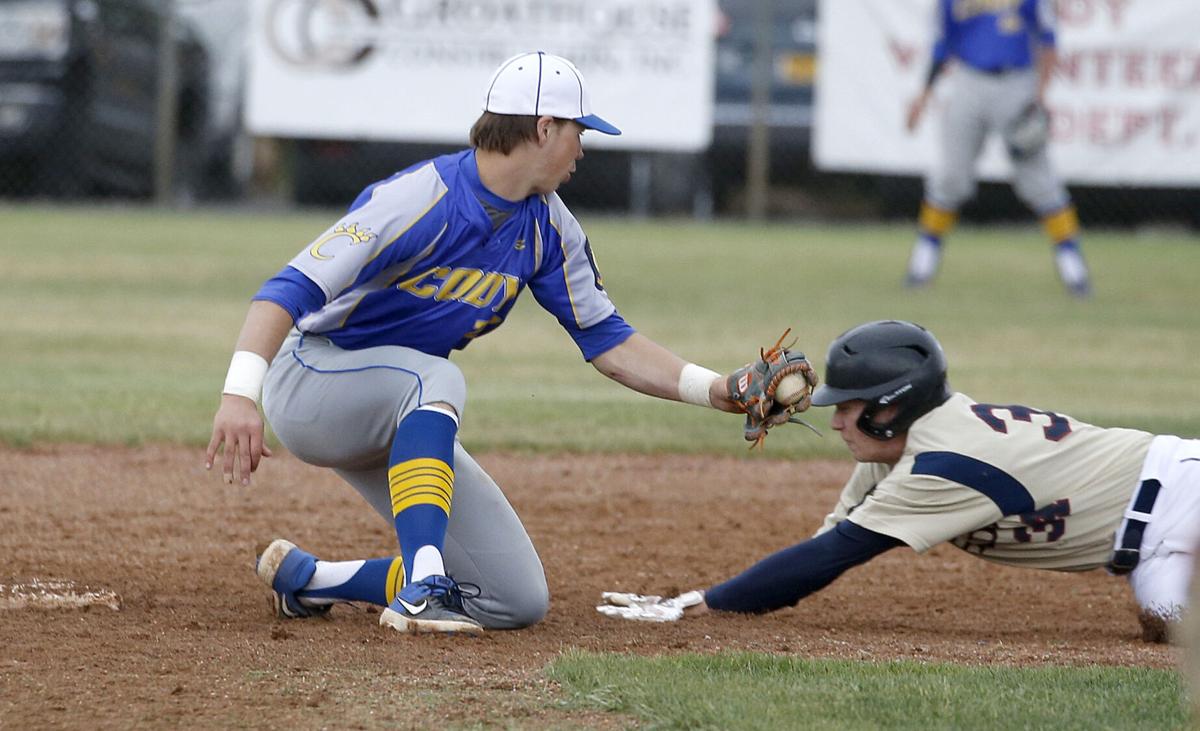 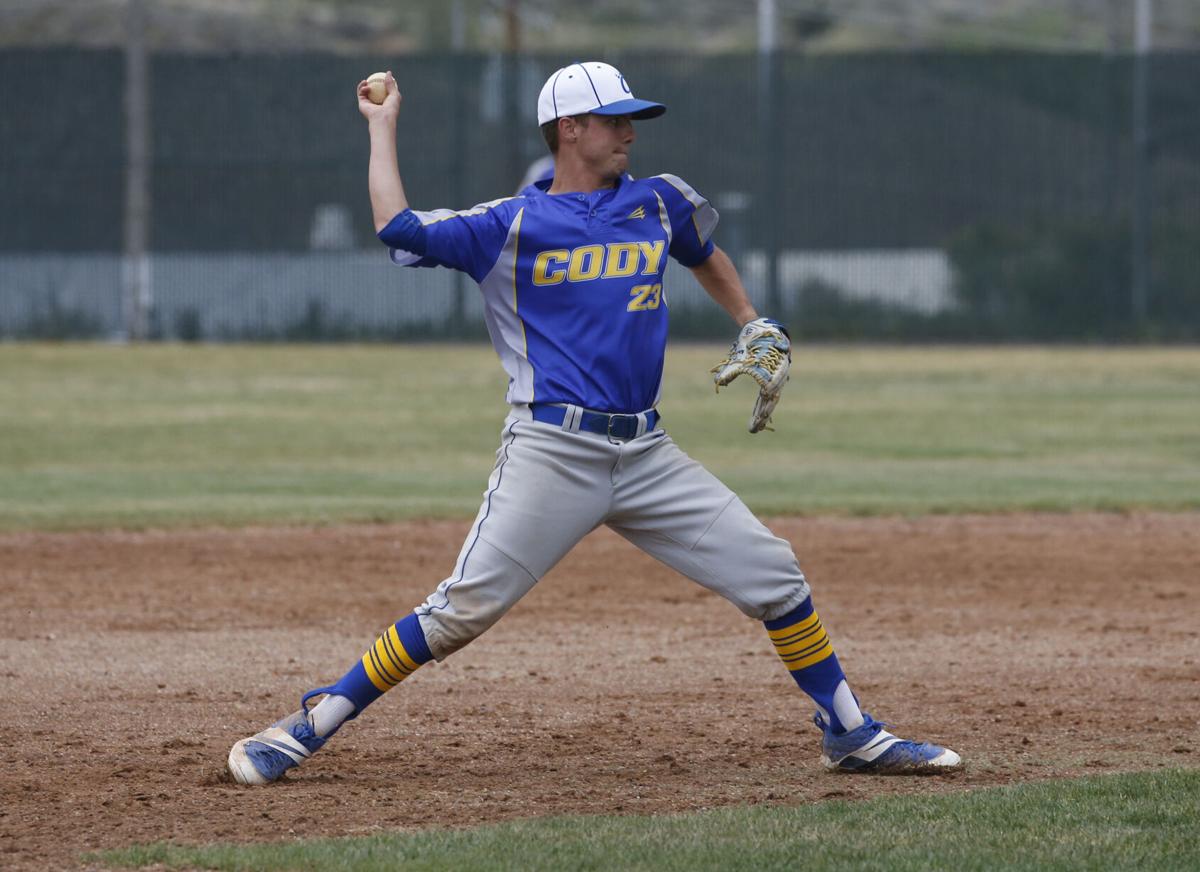 Tyler Grenz pitches through the rain.

Dominic Phillips makes a stop at third base.

Hayden Bronnenberg tries to pick a runner off first.

Jared Grenz and Devyn Engdahl talk on the mound.

Devyn Engdahl dives back to first base.

While the Cody Legion baseball team's pitchers are still trying to settle in on the mound, the Cubs offense managed to get the job done Saturday in a 21-13 win over the Billings Halos.

“It’s always good to get a win, even if it was ugly,” coach Bart Grenz said. “It seemed like both teams traded miscues back and forth and kept the other team believing they could score runs.”

Cody never trailed after taking a 10-1 lead in the first inning, but the Halos hung around to make it close throughout the game.

“I thought we did a lot better offensively,” Cody Phillips said. “But we expect to be able to get good hits.”

A single by Ethan Johnston, error, double by Tristan Blatt and double by Schroeder made it 10-1.

Billings scored three in the second and after Cody went scoreless in the bottom of the frame, the game was postponed for an hour due to rain.

The storm cleared out and play resumed, with Billings scoring three more in the third to make it 10-7.

“We need to work on our defense and staying focused all the time,” Cody Phillips said. “

Cody had another solid inning in the bottom of the frame though, scoring six on singles by Phillips and Tyler Grenz, a double by Moss, walk, two hit batters and an error to make it 16-7.

The Halos would once again chip into the lead, scoring two in the fourth and four in the fifth to make it a three-run game once again.

“We have too many walks and weren’t focused defensively,” Cody Phillips said.

In the sixth inning, with two on and two outs, Tyler Grenz drew a walk to load the bases and one run scored on a walk by Bronnenberg. Two more would come in when Jared Grenz hit a single to the second baseman. A single by Moss scored the final two runs of the game.

“Our pitching is getting better all the time,” coach Grenz said. “The COVID safety measures really hurt our arms and we’re still trying to work to get back in shape and find the release point that will fill up the zone."