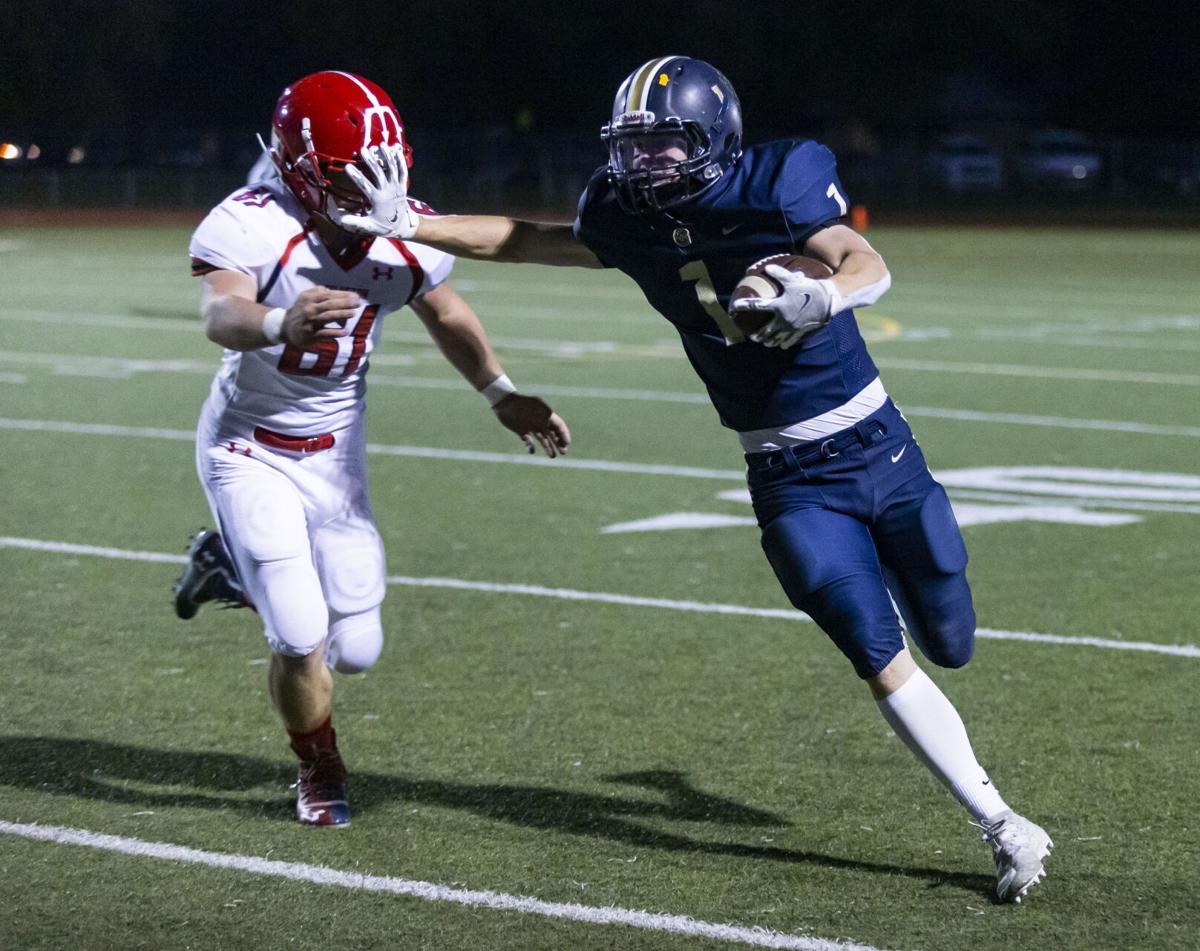 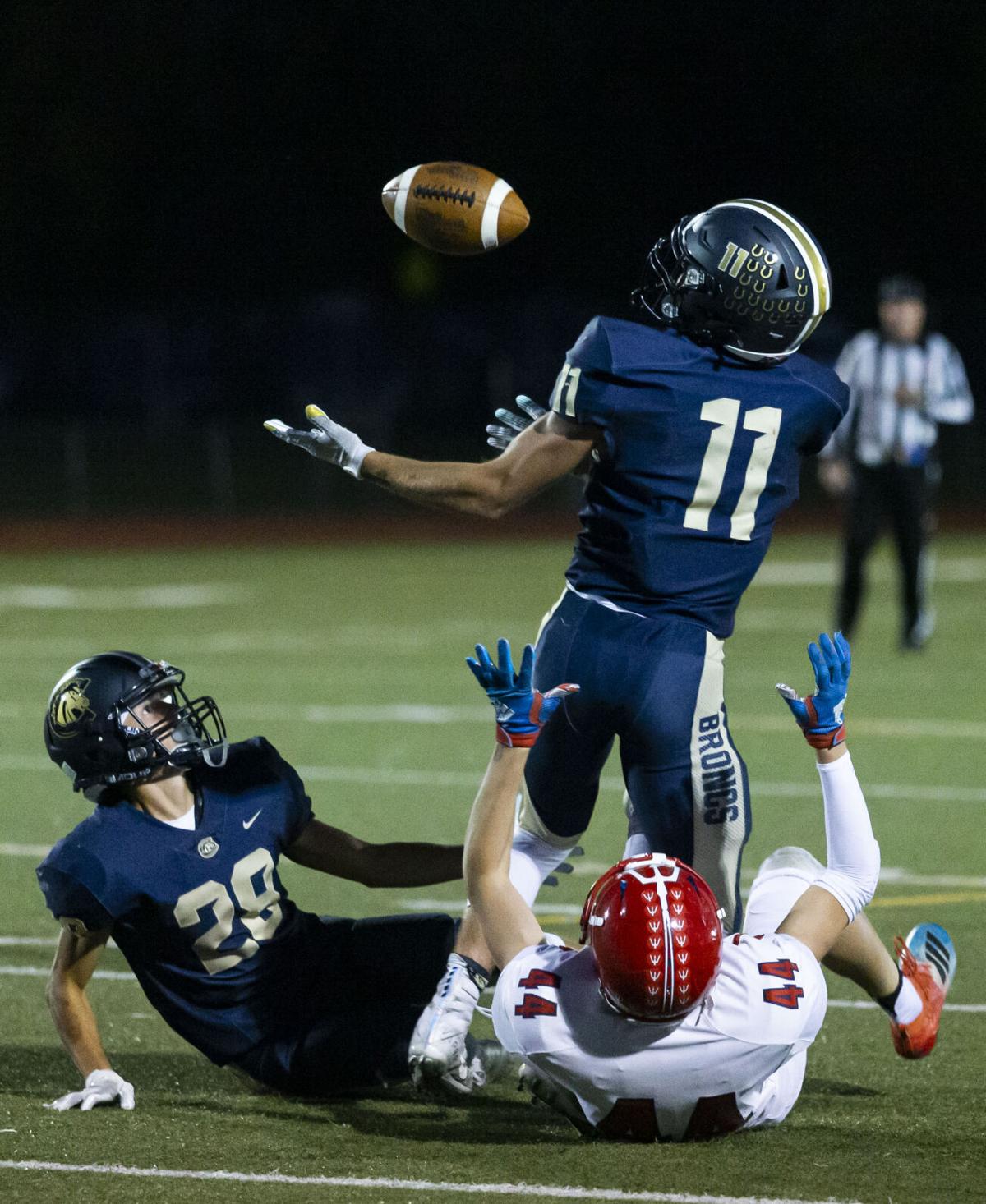 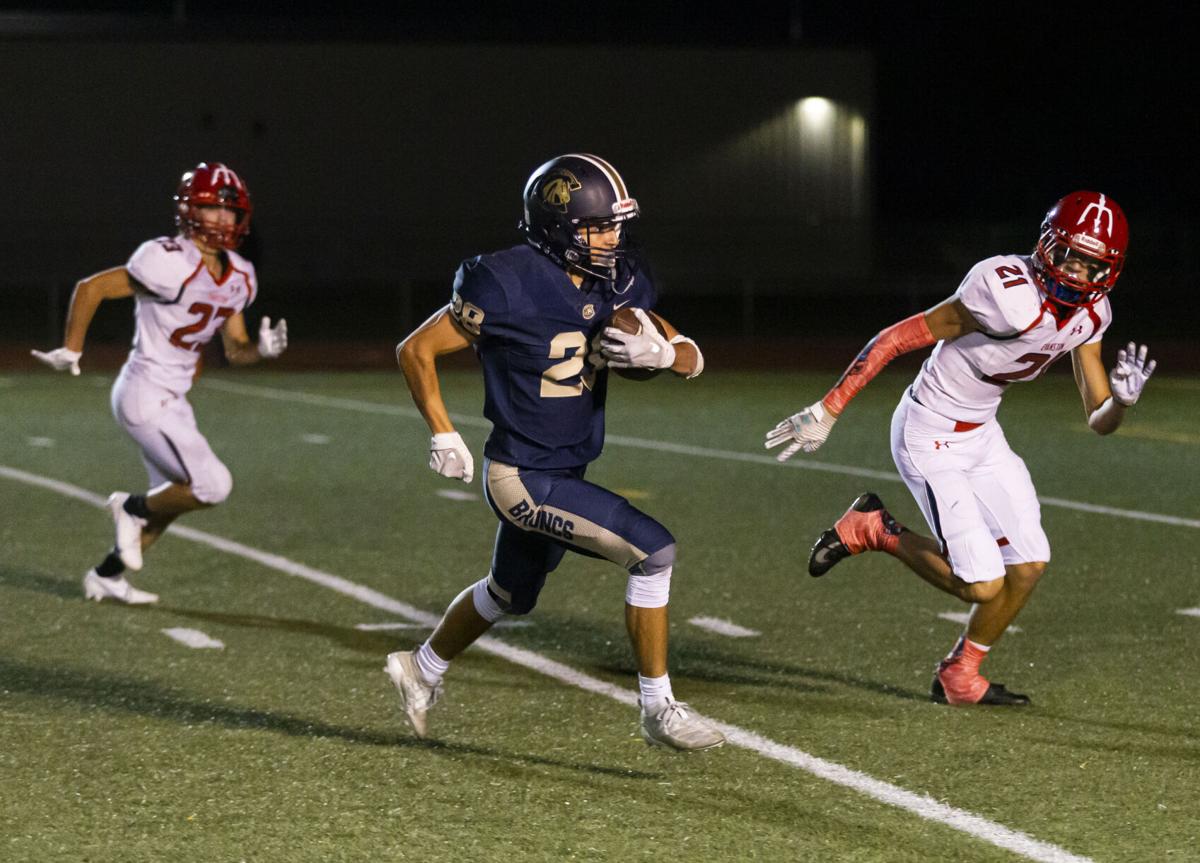 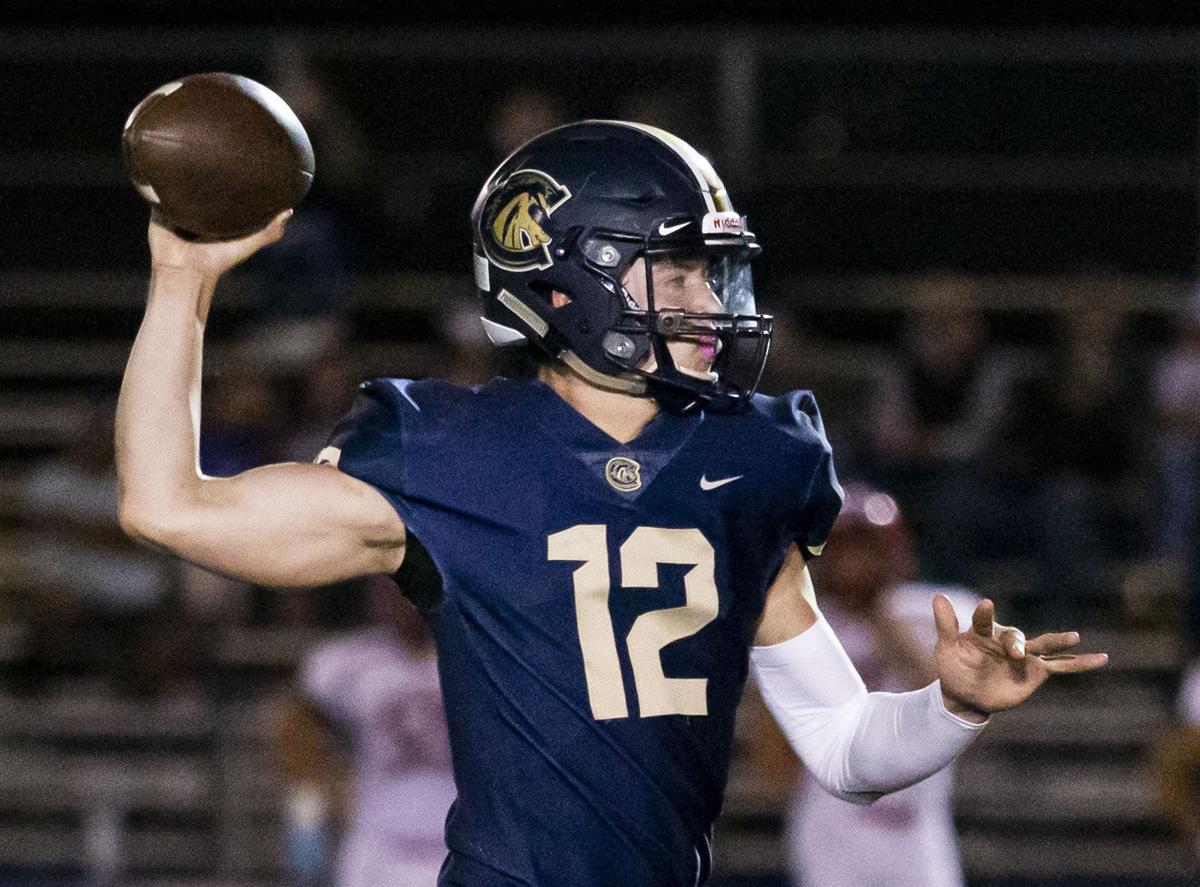 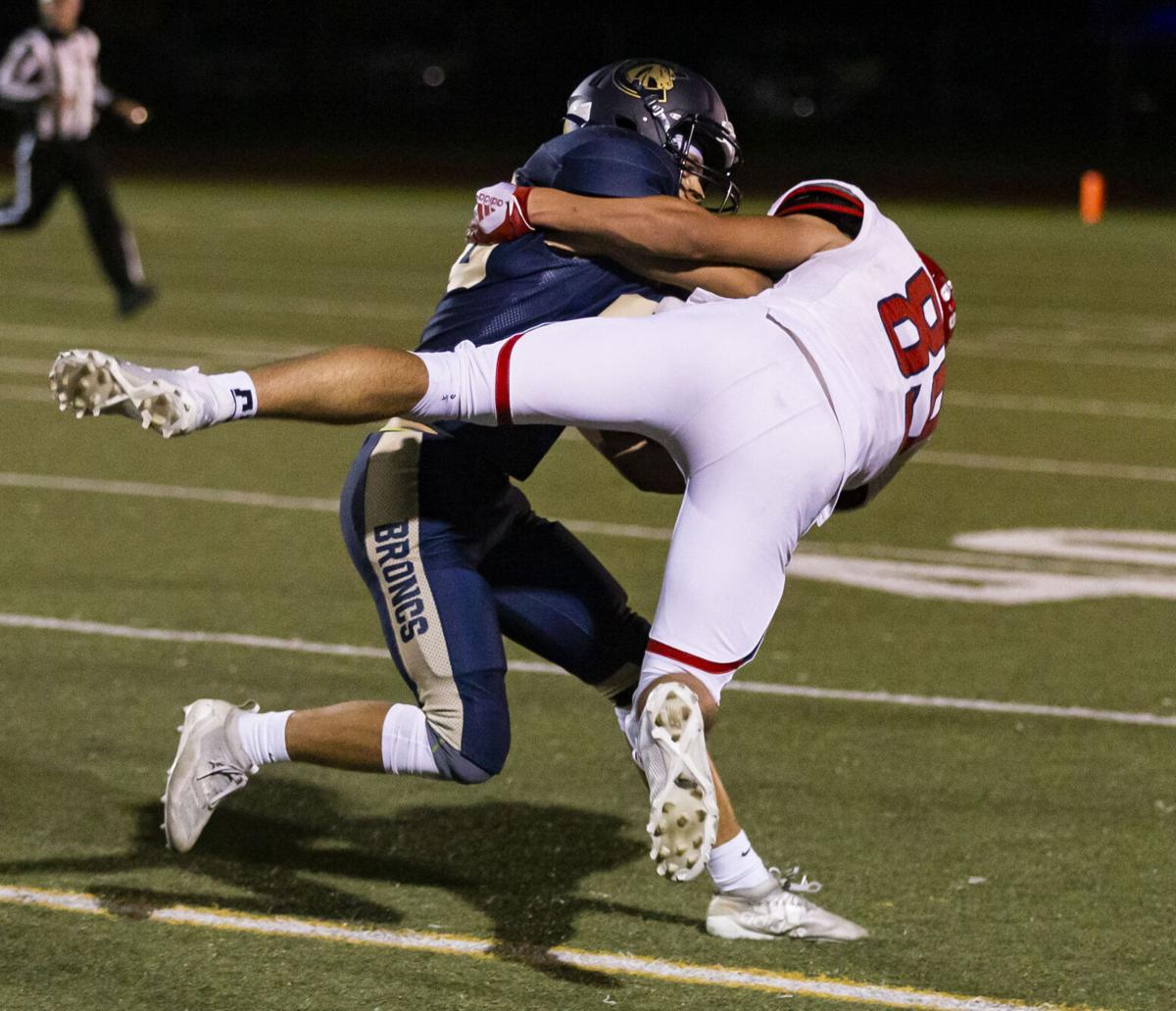 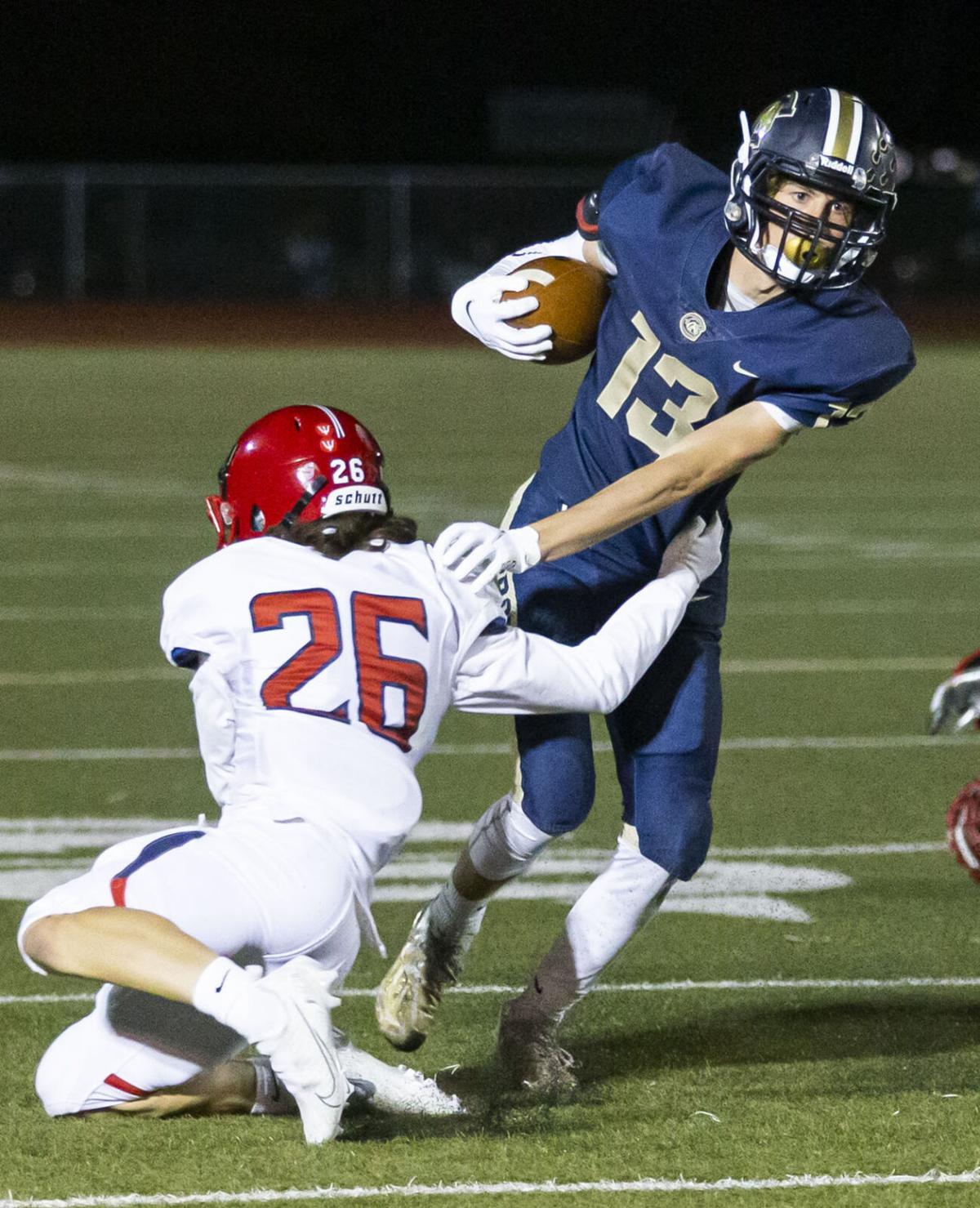 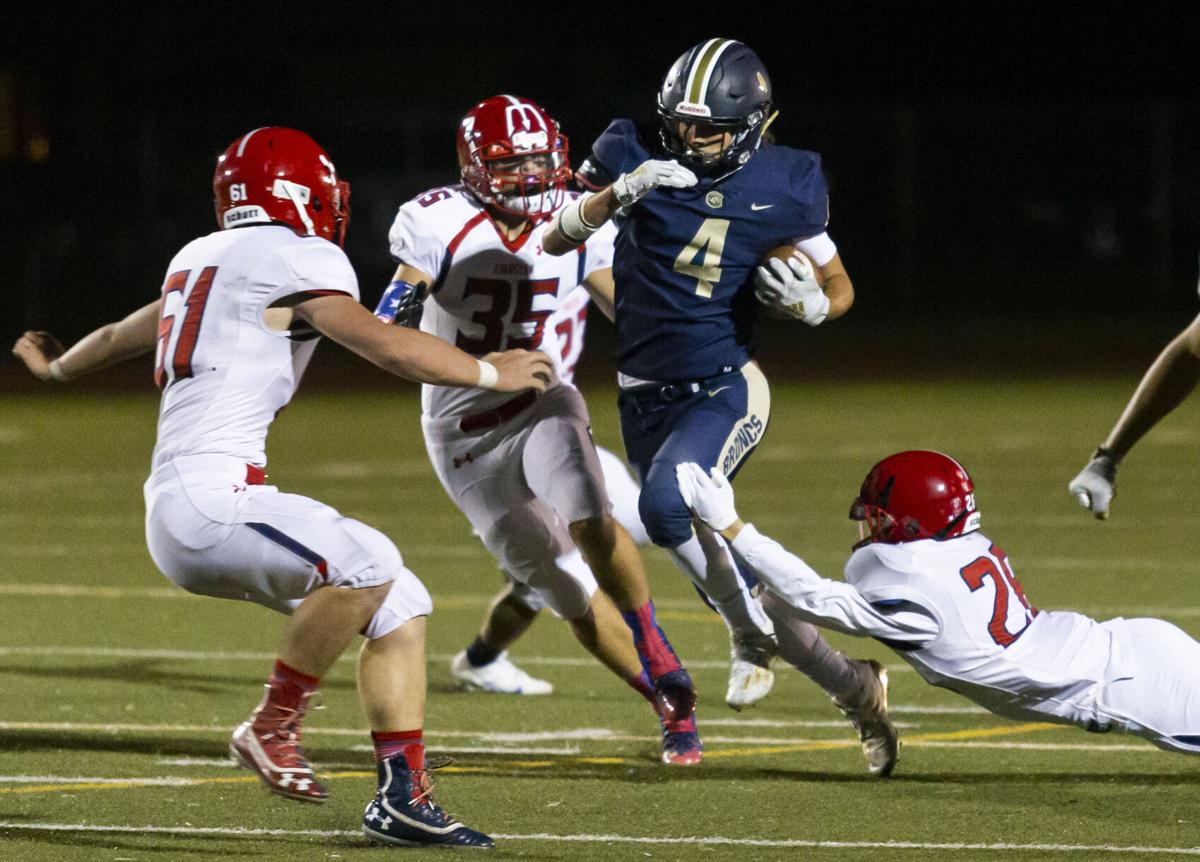 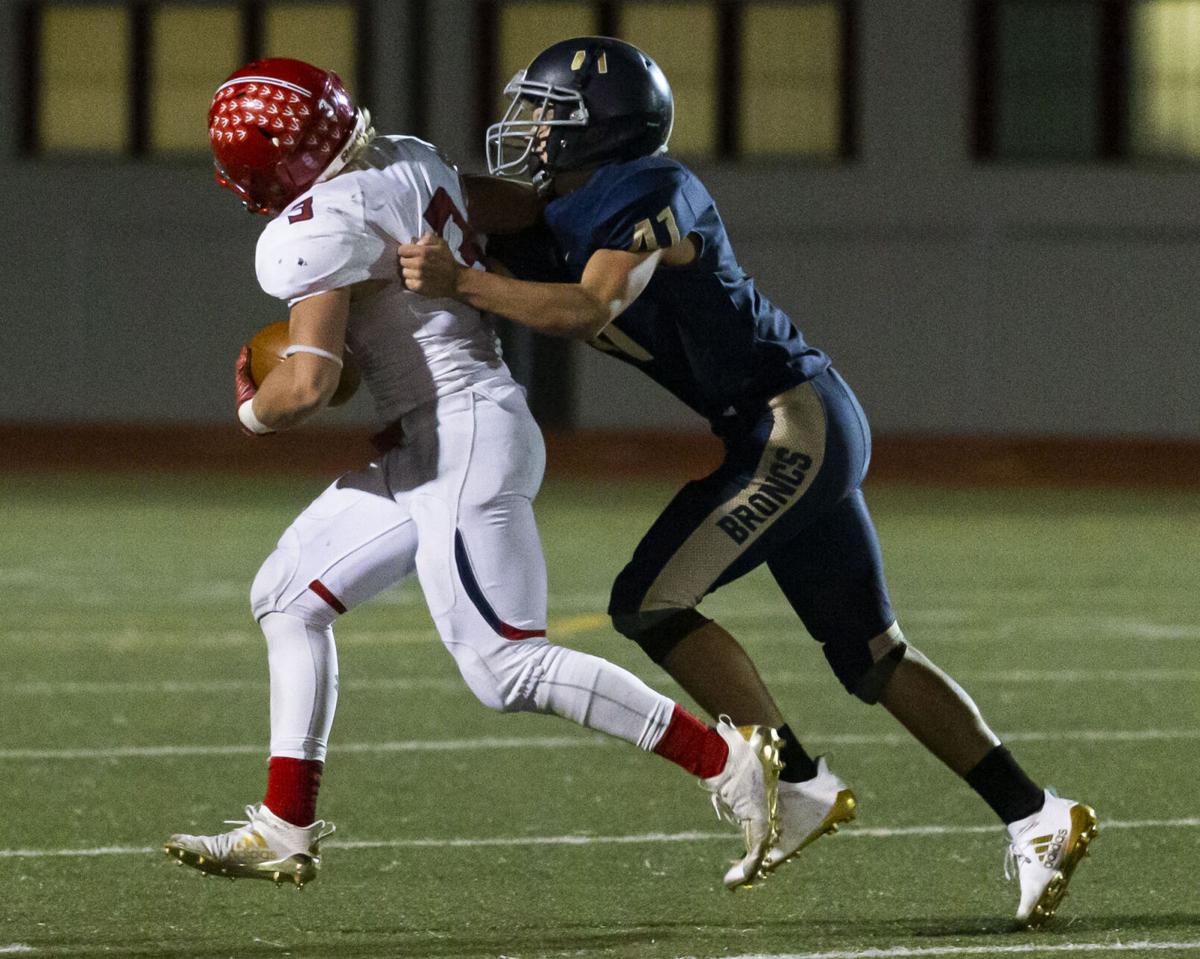 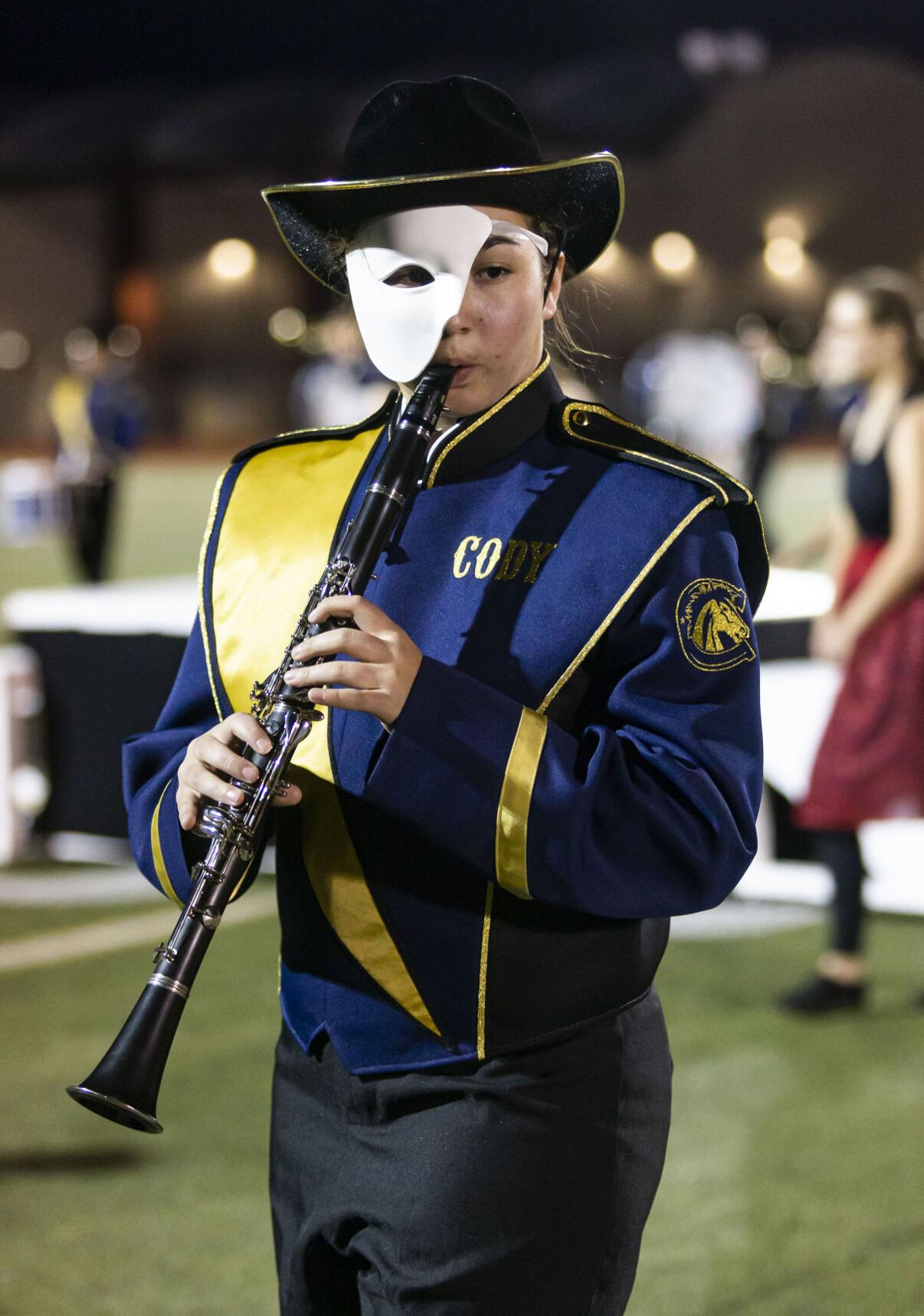 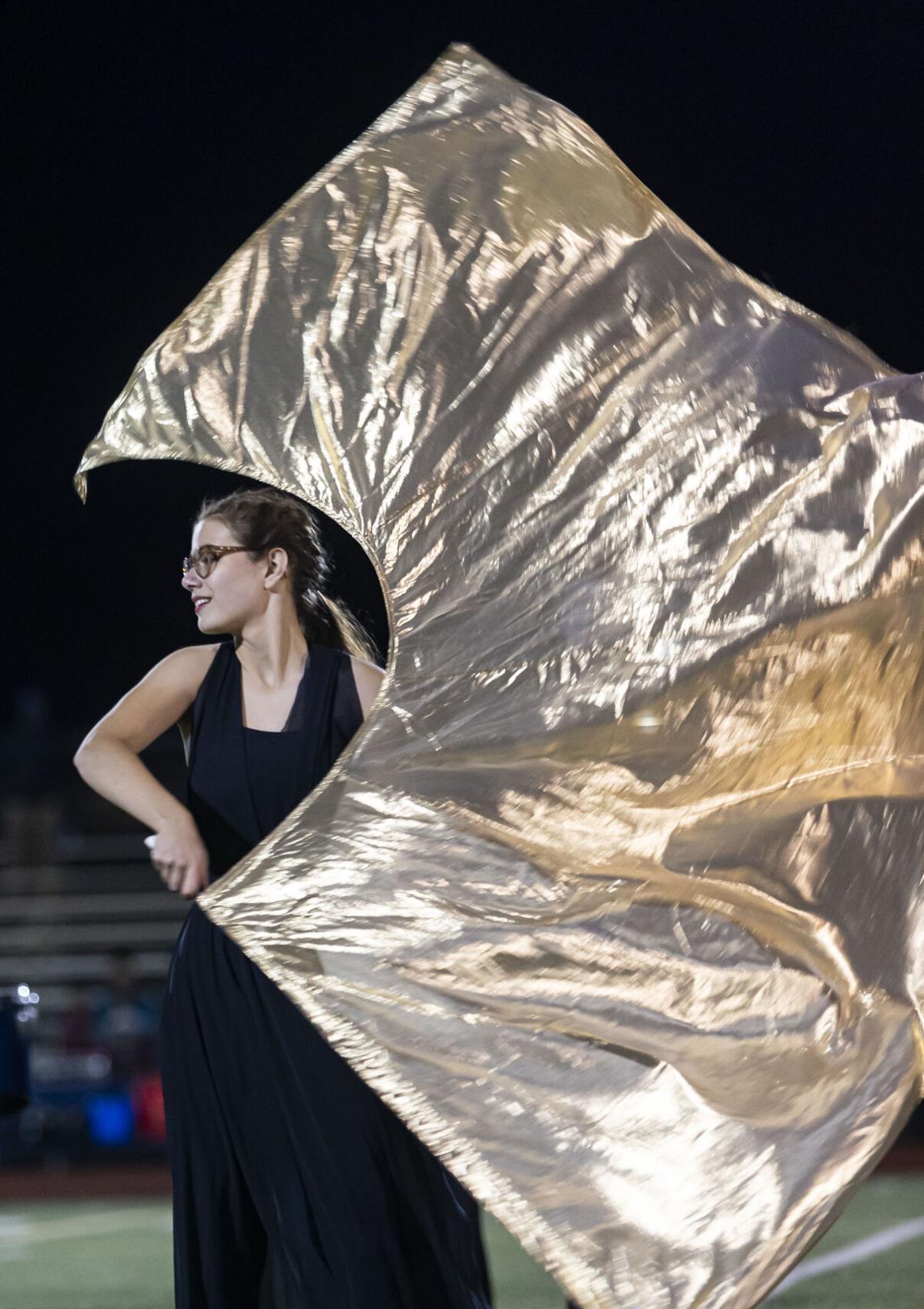 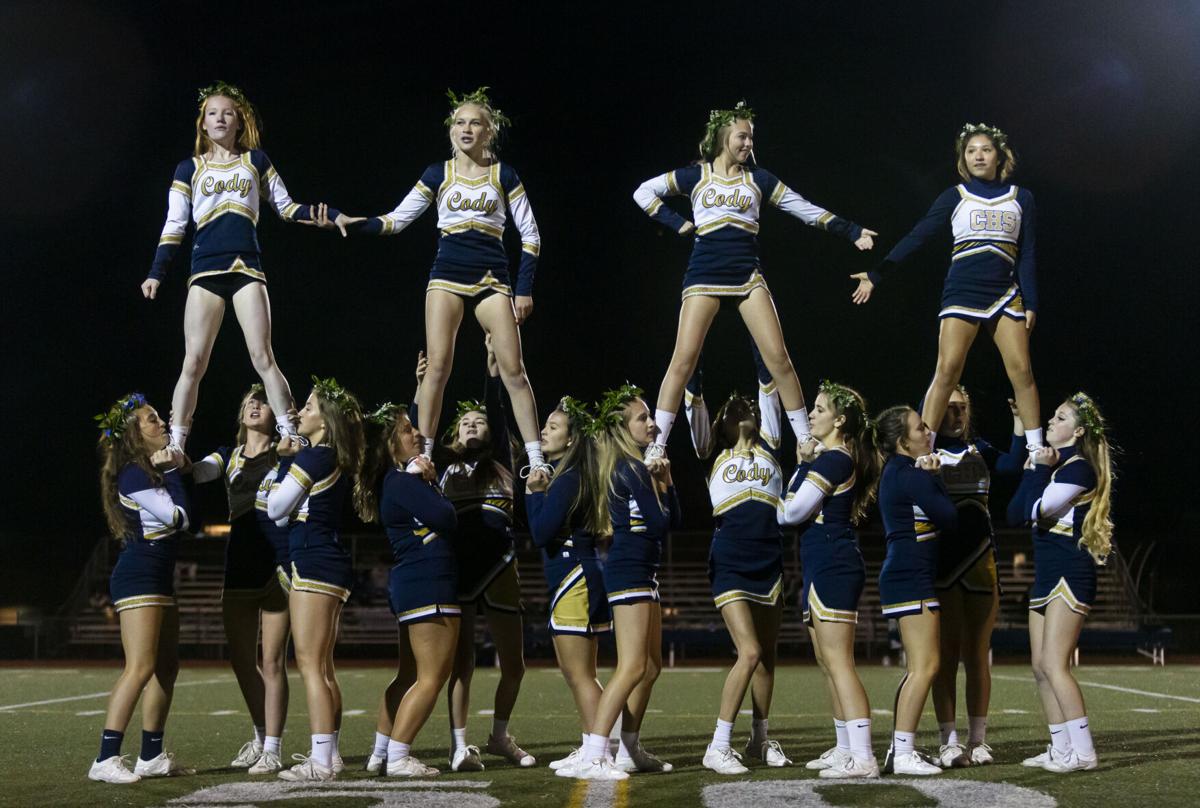 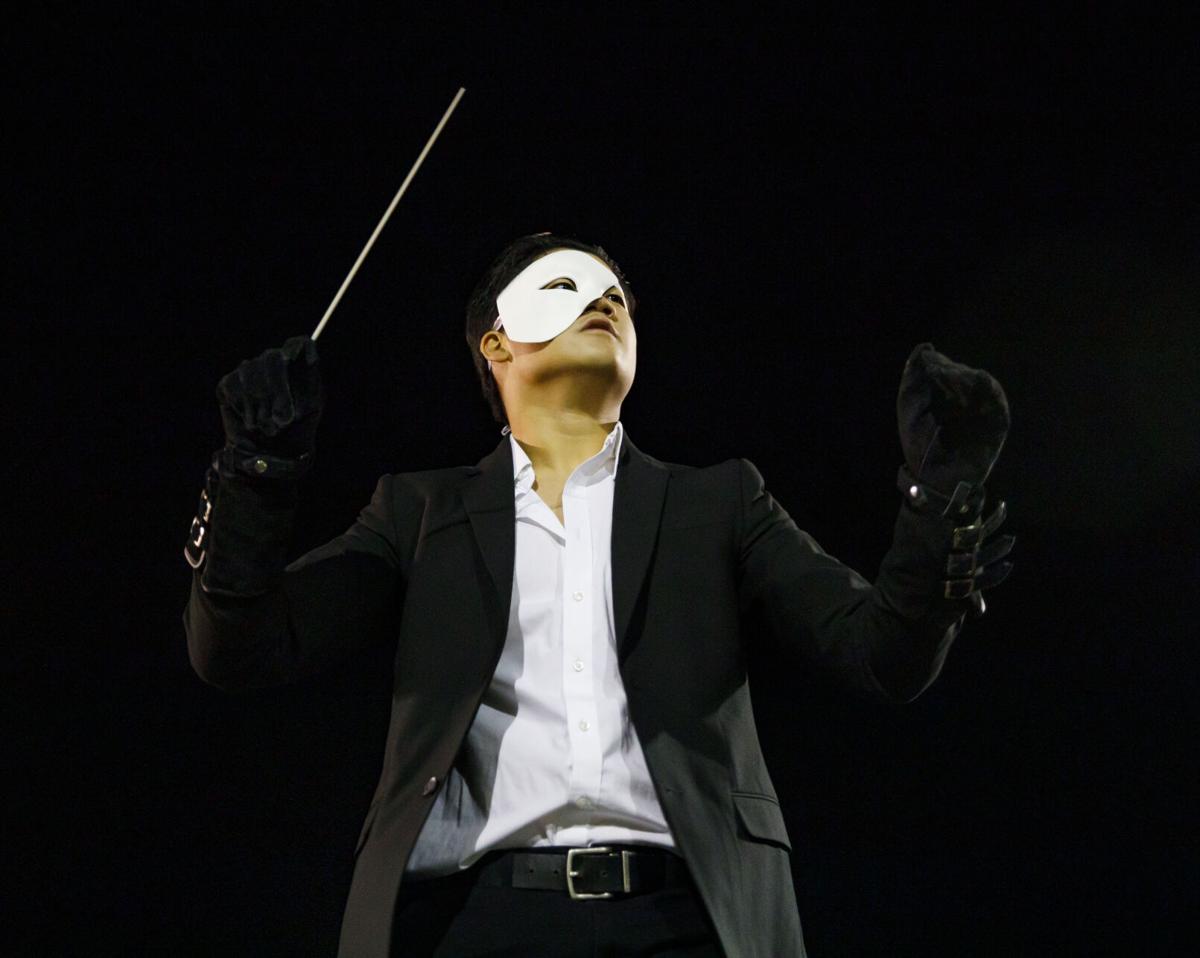 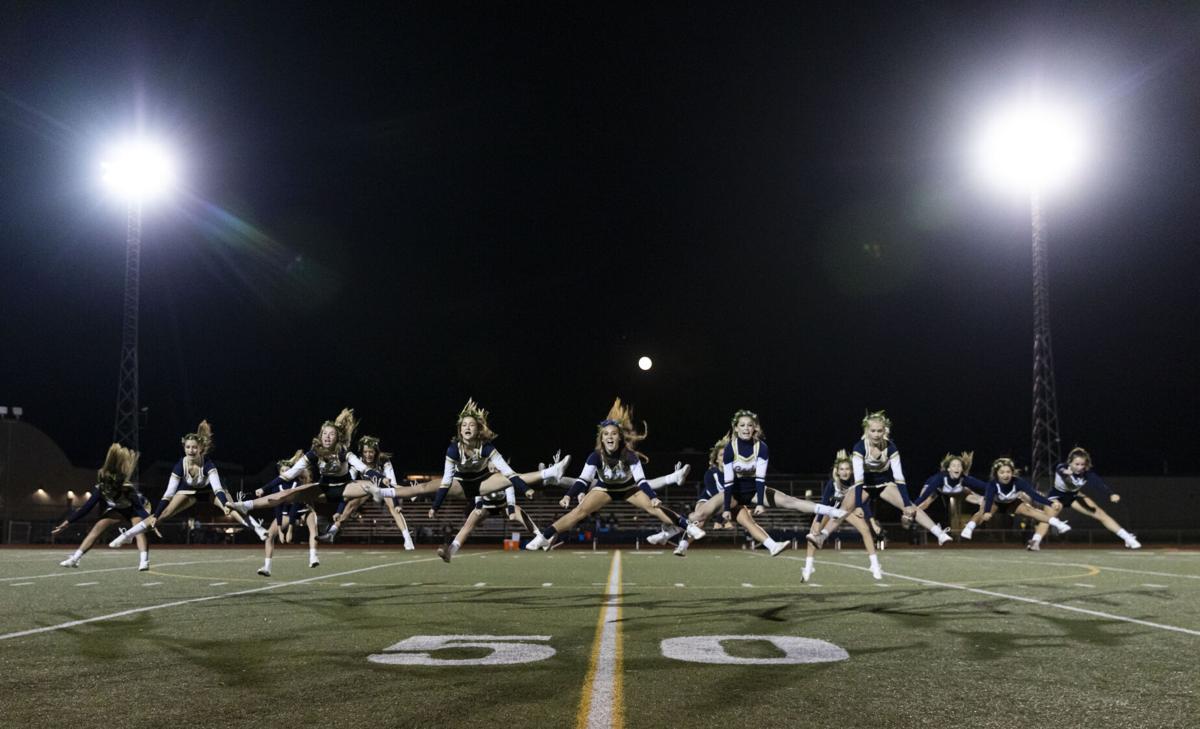 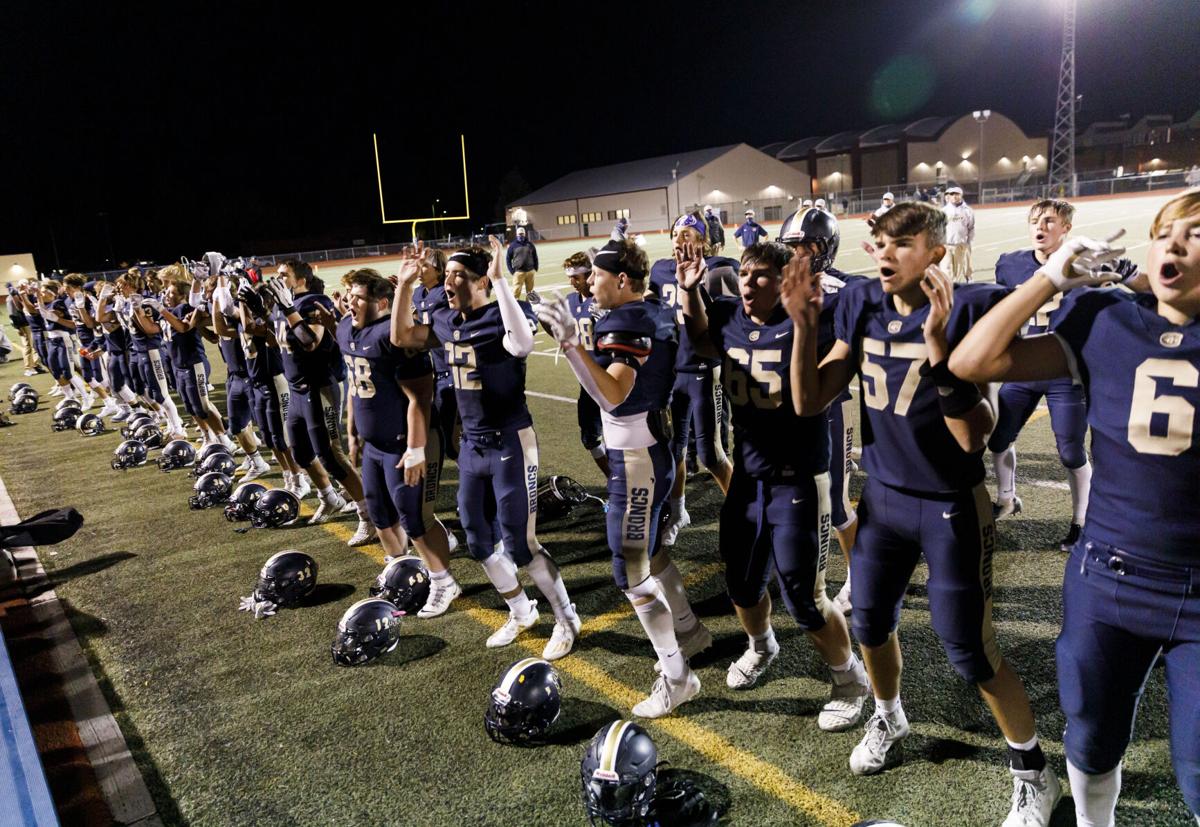 Broncs do jumping jacks in celebration of a 61-14 victory over Evanston.

Broncs do jumping jacks in celebration of a 61-14 victory over Evanston.

The No. 2 Cody football team handed out its most dominating performance of the year, beating Evanston 61-14 on homecoming Friday at Spike Vannoy Field.

It was a team win in every aspect. The Broncs (5-0) cleared their bench in the fourth quarter as all 50 players who suited up saw playing time and three players earned their first varsity touchdown: Matt Nelson, Trey Thomasson and Tanner Blatt.

“It’s good for those kids, a lot of those kids, they work hard throughout the week,” McFadden said. “They don’t always get the reps on varsity, especially on a big night like this.

McFadden said what he was most proud of was seeing his upperclassmen and veteran players helping coach those less experienced.

“It’s impressive, a lot of other teams will look at that,” Jack Schroeder said. “Our defense puts out a great effort and it shows every night.”

“It was just good to see a ton of guys step up to the plate,” quarterback Caleb Pryor said. “You see them working in practice, it’s cool to see that translate to the field.”

The Broncs made quick work of the Evanston (1-5) defense to start. At 9:05 in the first Schroeder barreled through the line for a 10-yard rushing score. After Jackson Gail nailed the PAT it was 7-0, capping off a 10-play, 80-yard drive that took just 2:55.

Cody Phillips had 51 all-purpose yards on the drive alone.

On the Red Devils’ very first play from scrimmage, an overthrown pitch was recovered by Schroeder for a fumble recovery.

On the next drive, Drew Trotter was able to intercept a bobbled Evanston pass.

The Broncs then drove all the way to the 5-yard line before Pryor’s pass was intercepted in the end zone.

With 33.3 seconds left in the first at the Evanston 11, Phillips took a pitch and nimbly cut his way through the defense, sneaking by the pylon to make it 20-0. The score finished off a five-play, 30-yard drive.

At 11:17 in the second, Schroeder returned an interception for a touchdown. Schroeder found an angle in pass coverage, leaping up to catch the ball. He took it back 64 yards for a score and it was 27-0.

Less than 2 minutes later, Nic Talich chased down Evanston quarterback Jaxin Moore and sacked him, causing him to fumble the ball that Talich then recovered.

Late in the second, Cowie ran it in from 1 yard to give the Broncs a 34-0 lead entering the half.

Cody took off right where they left in the third as they quickly drove down field on their first possession. The Broncs pushed it to 41-0 when Cowie got a 6-yard rushing score at 8:32 in the third.

On Evanston’s first play of the next drive, Blatt intercepted a pass and ran it back 50 yards for a touchdown, weaving in and out of a handful of Red Devils along the way. The score gave Cody a 48-0 lead at 8:17 in the third.

Cody scored again when Nelson found an opening around the corner and scampered off a 13-yard touchdown at 8:42 in the fourth. After a missed PAT it was 54-0.

Cody’s last touchdown of the night came when Thomasson intercepted a bad pass on an out route near the 15-yard line and returned it 85-yards for a touchdown, making it 61-0 with 4:18 left.

“It felt great,” Thomasson, grinning from ear to ear.

For Thomasson it was his first time seeing varsity time on defense, while fellow sophomore Remy Broussard brought home his first varsity sack.

Evanston finally got on the scoreboard when Moore found an opening around the corner and rushed 76 yards for a touchdown to bring the score to 61-7.

Derek Johnson then followed suit with a 1-yard rushing touchdown with 5.2 seconds left for the last score of the game.

Stone led the defense with 7.5 tackles. Pryor finished 4-for-10 with 38 passing yards.

“I think he’s doing a really great job leading in the huddle,” McFadden said. “Sometimes you’ve got to joystick kids around and he’s doing a good job with that.”

Cowie led the Broncs with 80 yards rushing on 10 carries. Phillips had 77 total yards.

It was the most points Cody has scored in a game since 2014.

“It’s a great boost for our confidence. It gets us ready for our next game,” Schroeder said.

Cody will play at Star Valley (1-5) next Friday.

“They’re still Star Valley, I don’t care what their record is,” McFadden said.