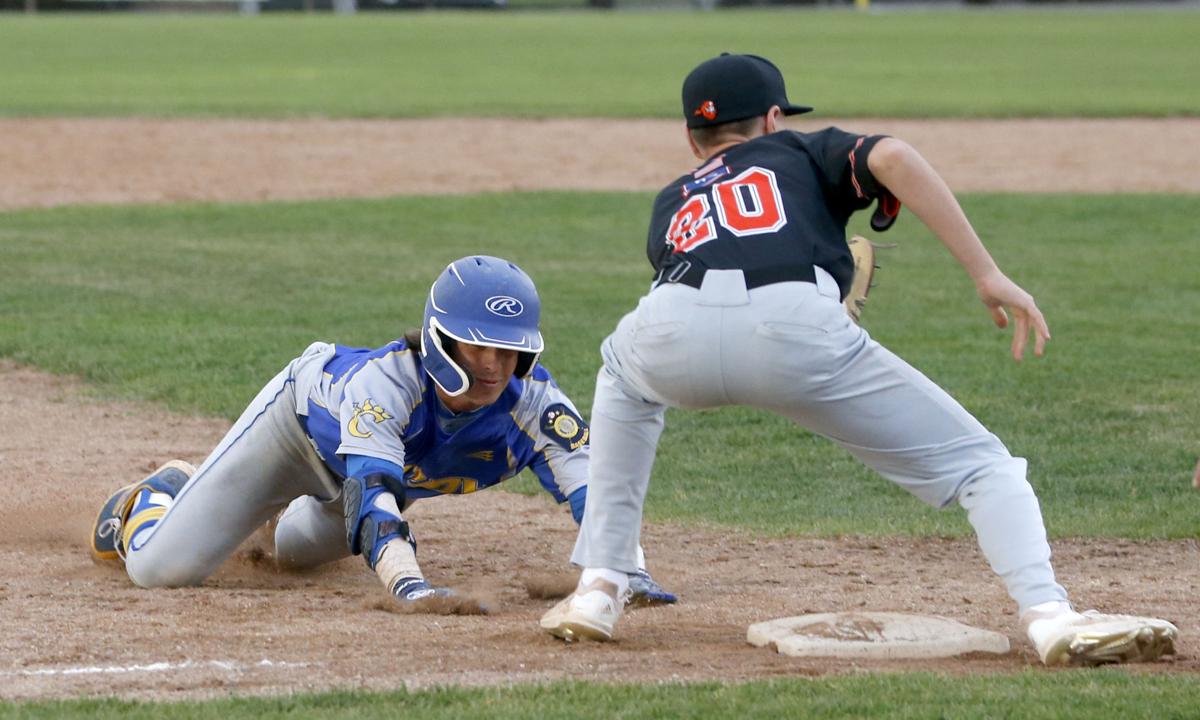 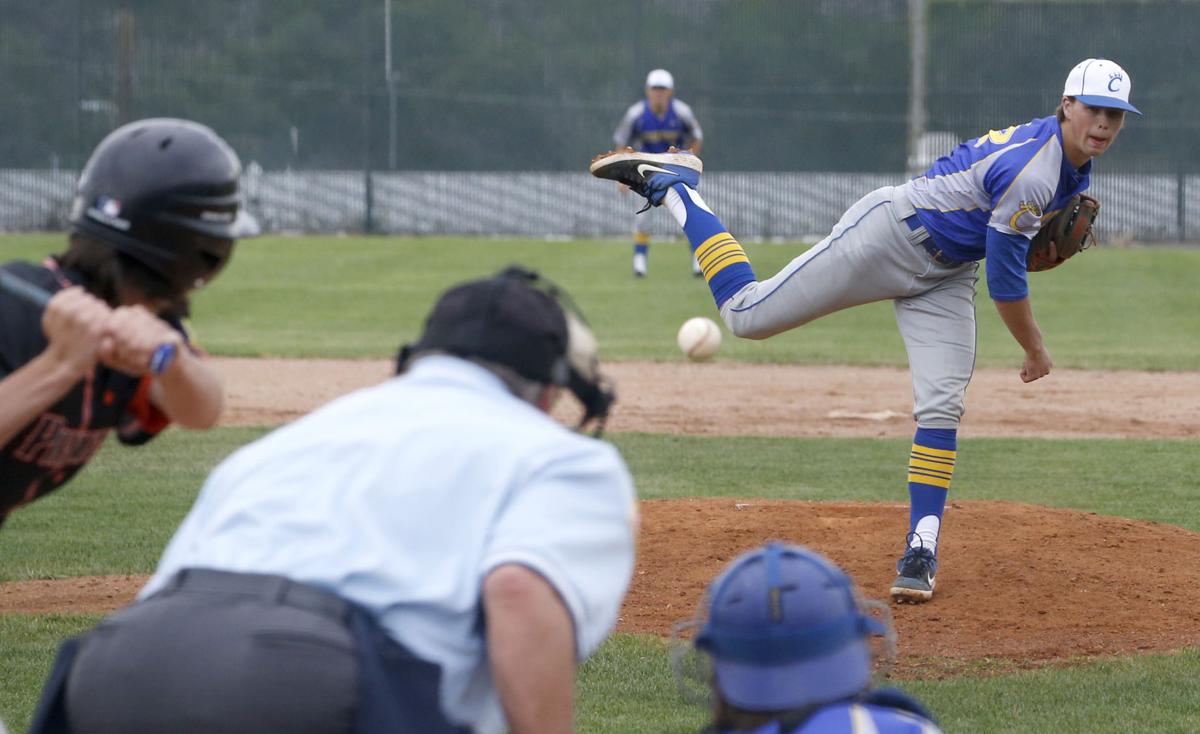 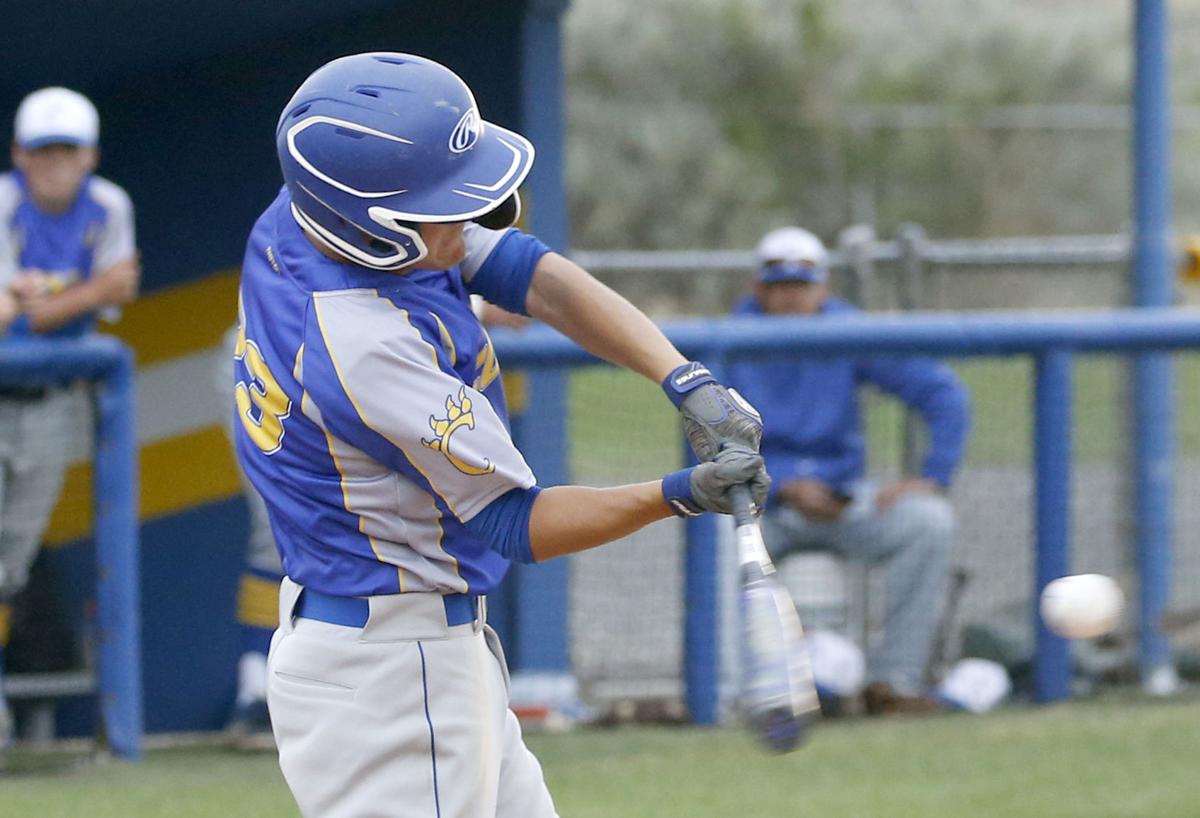 Ethan Johnston gets a hit against Powell. 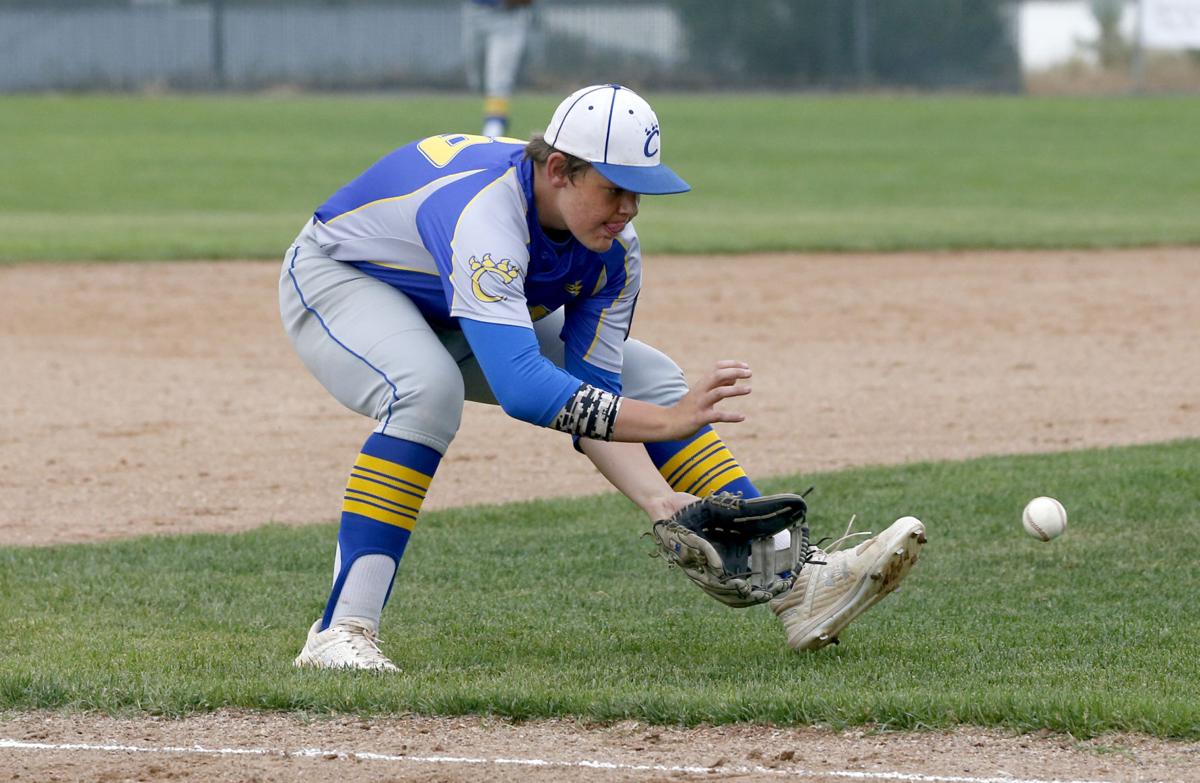 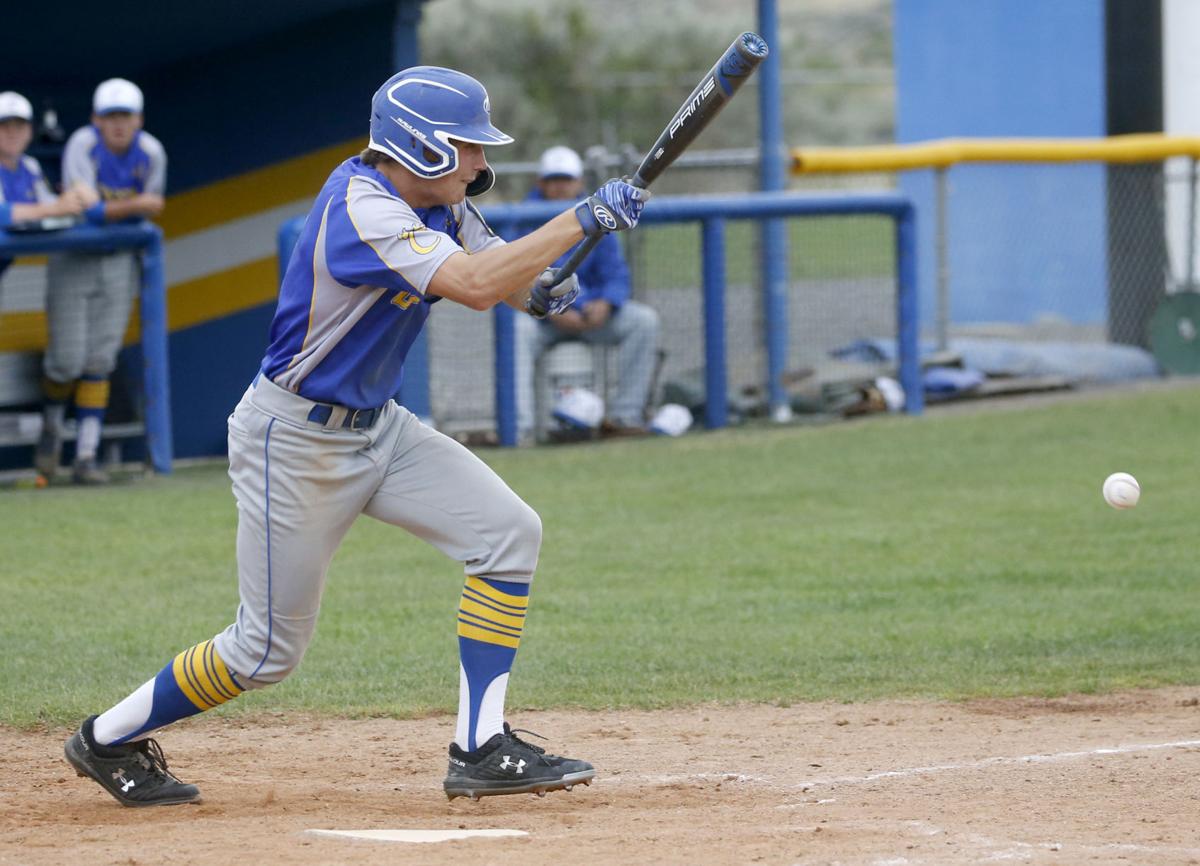 Jared Grenz lays down a bunt up the third base line. 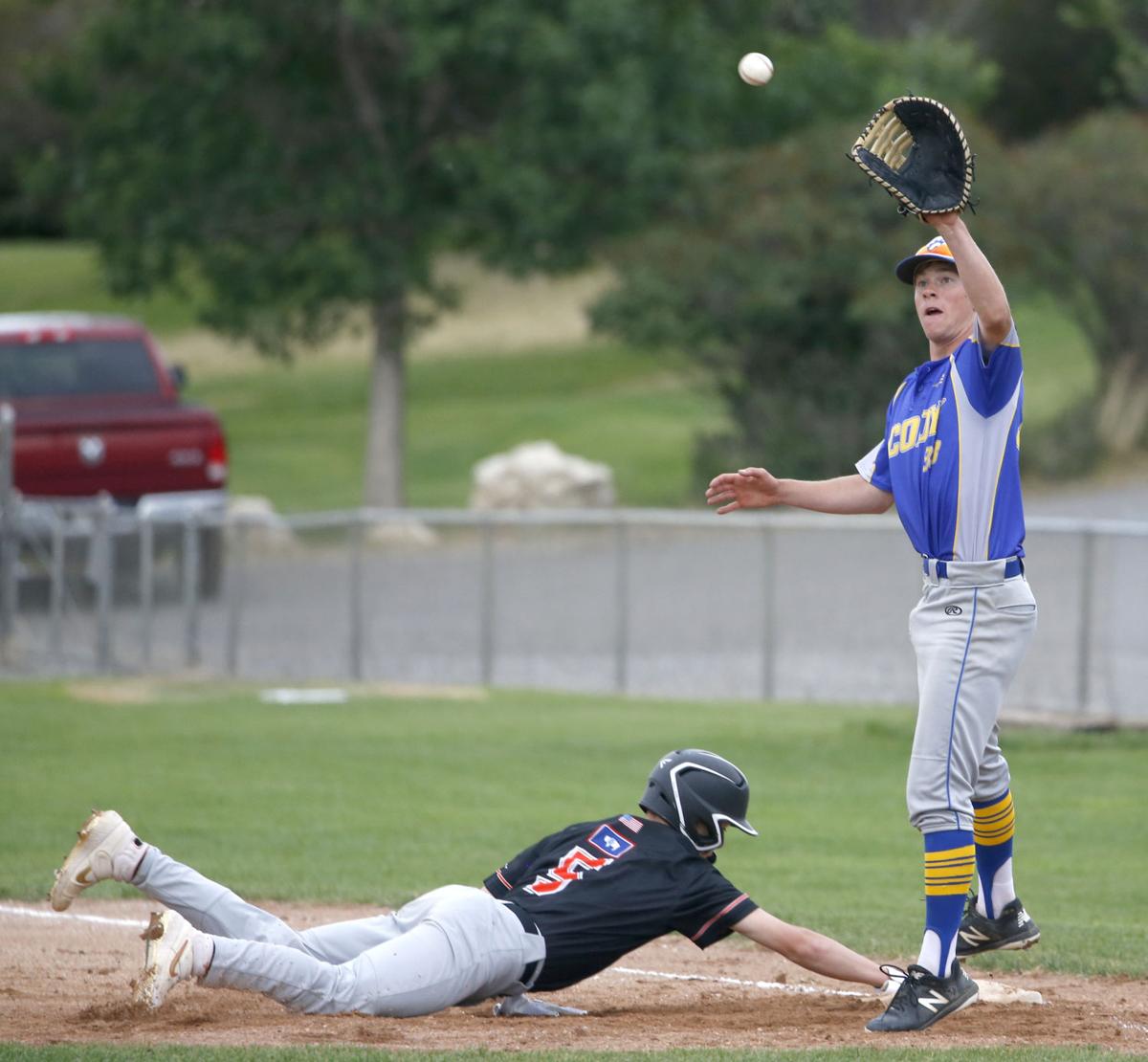 Hayden Bronnenberg jumps to catch a pick-off attempt while Powell's Jhett Schwahn dives back to the bag. 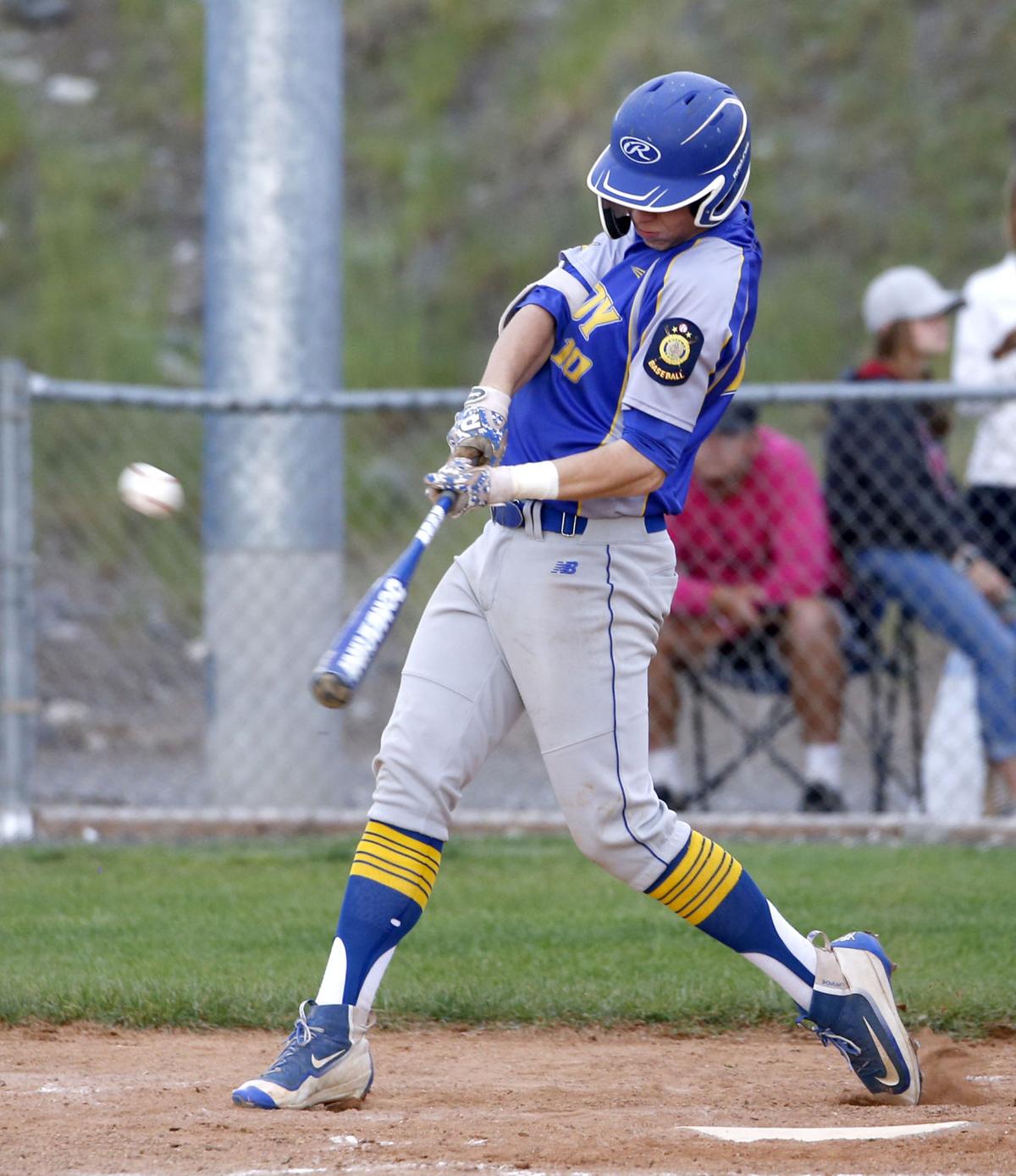 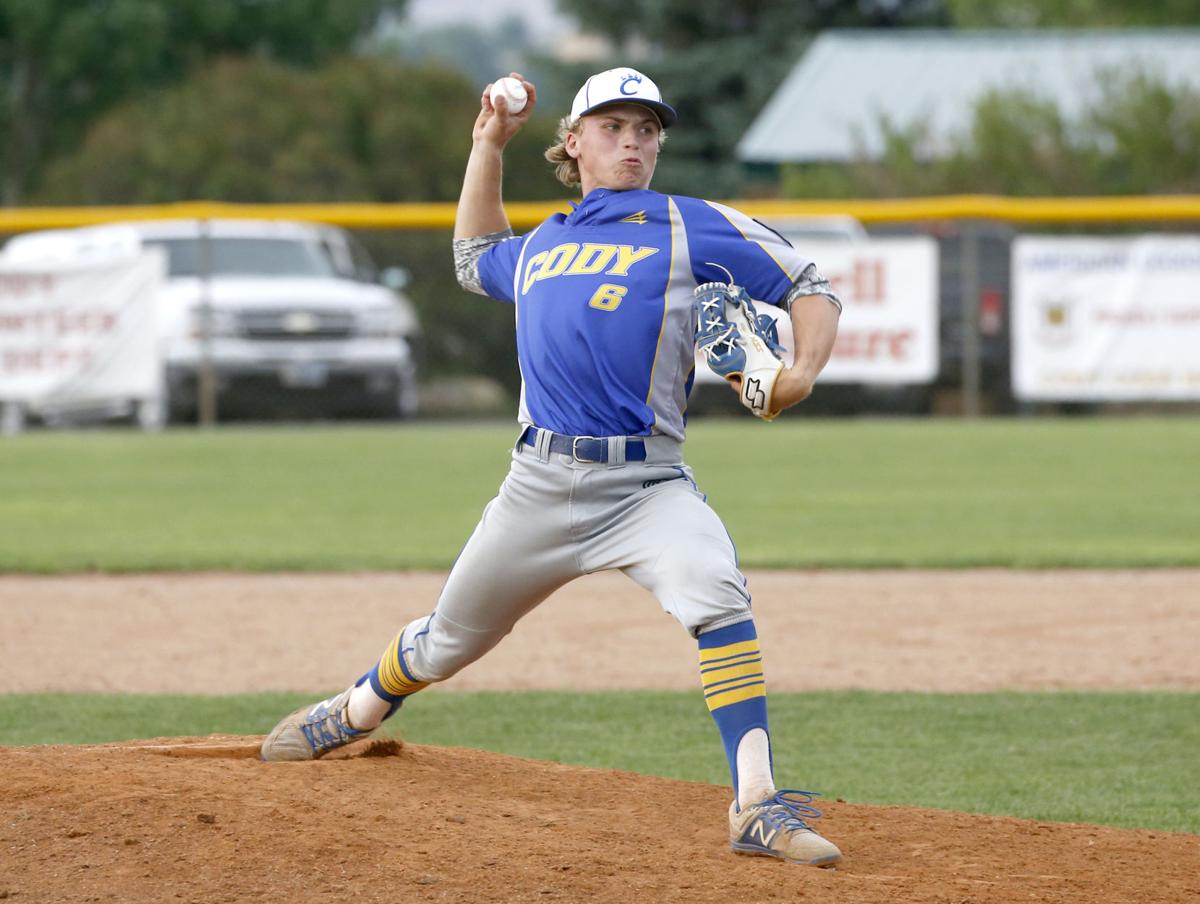 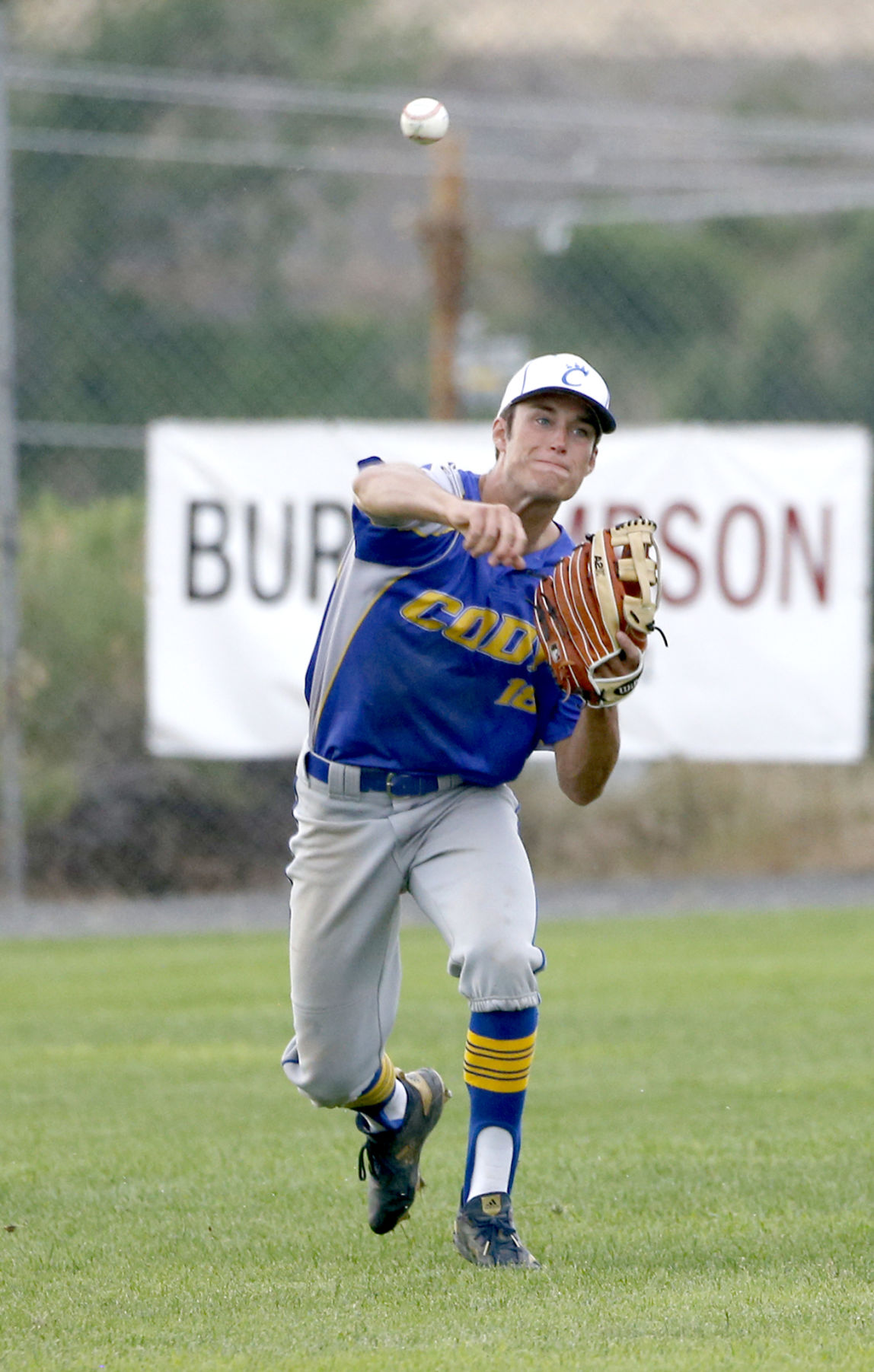 Left fielder Tristan Blatt throws out a Powell runner on a force out at third base.

Ethan Johnston gets a hit against Powell.

Jared Grenz lays down a bunt up the third base line.

Hayden Bronnenberg jumps to catch a pick-off attempt while Powell's Jhett Schwahn dives back to the bag.

Left fielder Tristan Blatt throws out a Powell runner on a force out at third base.

After Wednesday’s scheduled baseball games in Powell were rained out and moved to Thursday, more rain forced the games to be played in Cody.

“We hit the ball well and the energy in the dugout was very positive,” Chance Moss said. “We didn’t overlook them and kept up our energy and talking.”

Cody got the first two on in the first inning on a walk and dropped third strike. Jared Grenz then hit a triple, followed by a triple by Tristan Blatt. The Cubs went up 4-0 on a single by Tyler Grenz.

“I thought our offense set the tone in the top of the first with a great approach and hard-hit baseballs,” coach Bart Grenz said.

After going down in order in the second, Jared Grenz reached second on an error by the centerfielder, stole third and advanced home on a wild throw to the third baseman.

The Cubs blew the game open in the third, loading the bases on a walk and singles by Jared Grenz and Blatt. Tyler Grenz then hit a single to center to score a run. Two more scored on a single by Devyn Engdahl and back-to-back walks brought in another. Cody scored two more on two fielder’s choice and then Jared Grenz hit a three-run homer over the centerfield fence to make it 15-0.

Powell had only reached base twice before the fourth inning, when three singles scored the Pioneers lone run.

Schroeder earned the win, giving up one run on four hits and striking out 10 through 5 innings.

“It was good to see Jack follow up those nine runs in the fourth by pounding the strike zone and going after the Powell hitters,” coach Grenz said.

Powell loaded the bases in the first inning, but the Cubs got out of the frame unscathed after three strikeouts from pitcher Tyler Grenz.

Cody loaded the bases in its half with a walk and singles by Jared Grenz and Blatt. Two runs scored on passed balls, a third on a sac fly by Engdahl and a fourth on a single to center by Grady McCarten.

With two on and two outs in the second, the Cubs tacked on four more runs on a triple by Tyler Grenz, single by Schroeder and double by Engdahl.

“It was good to see our offense put up a four-spot and give us a lot of confidence going into the top of the second,” coach Grenz said.

The Pioneers threatened in the third, loading the bases with just one out, but the Cubs picked off Collin Queen at second base and then Ashton Brewer struck out to end the side.

Cody Phillips was hit by a pitch and scored on a triple by Ethan Johnston to make it 9-0.

The Cubs’ final run came in the fourth. Blatt hit a double, moved to third on a wild pitch and scored on a sac fly by Logan McLeod.

Powell loaded the bases for a third time in the fifth but could not score.

Tyler Grenz pitched 4 innings for the win, giving up no runs on four hits and striking out seven.

“I thought Tyler did a good job maintaining composure and working out of a tight jam in the first,” coach Grenz said.

Blatt pitched 1 inning and gave up no hits.

“Our pitchers threw very well and it is easy to make outs and pitch if we have a lead,” Moss said.