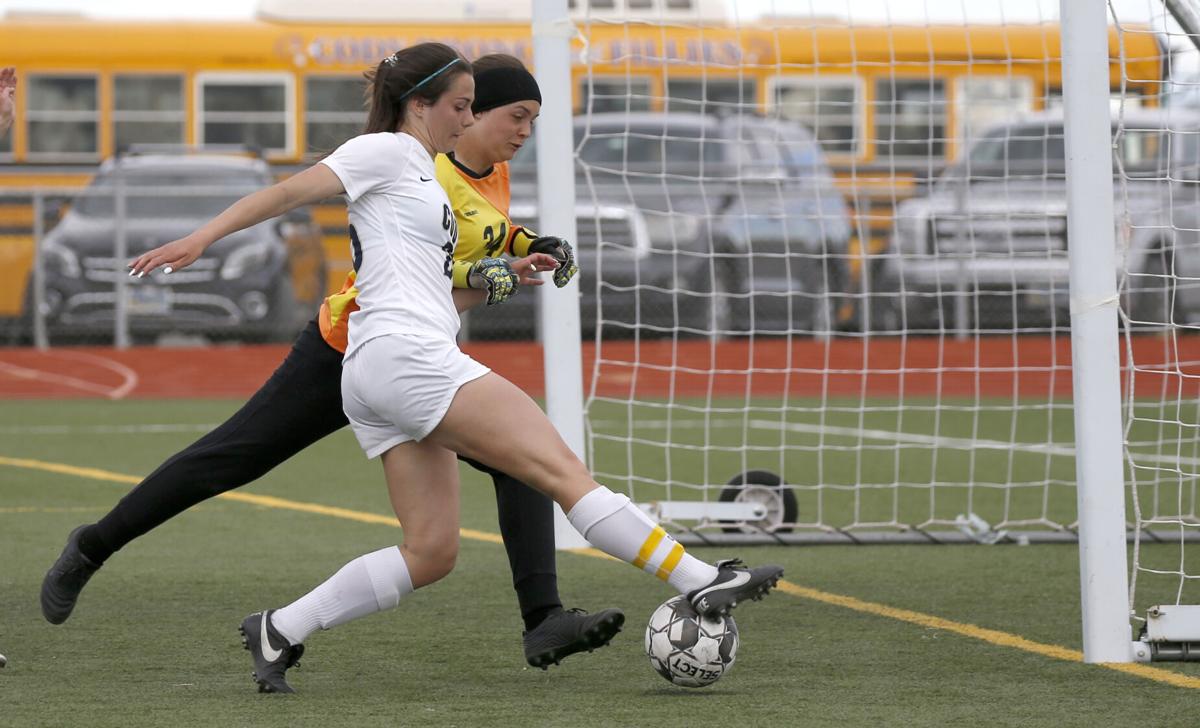 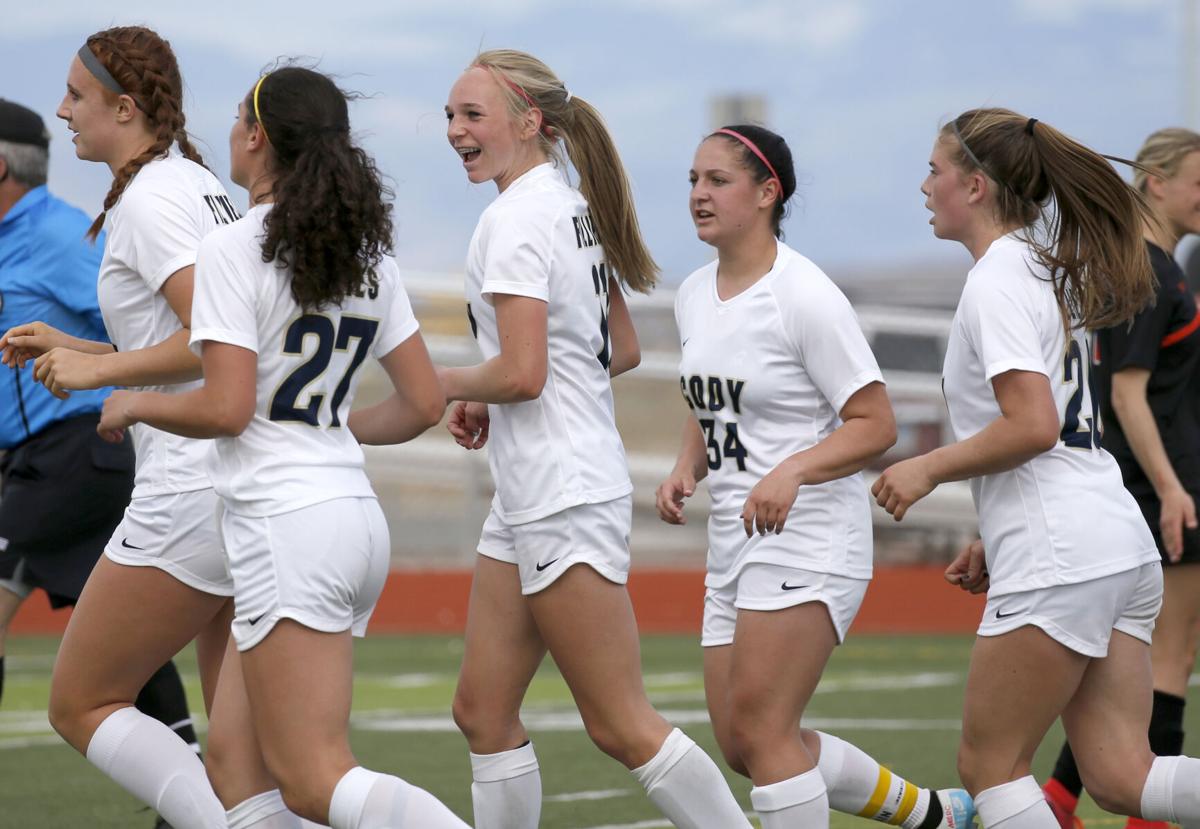 The team is all smiles after Molly Hays scored a goal Thursday. 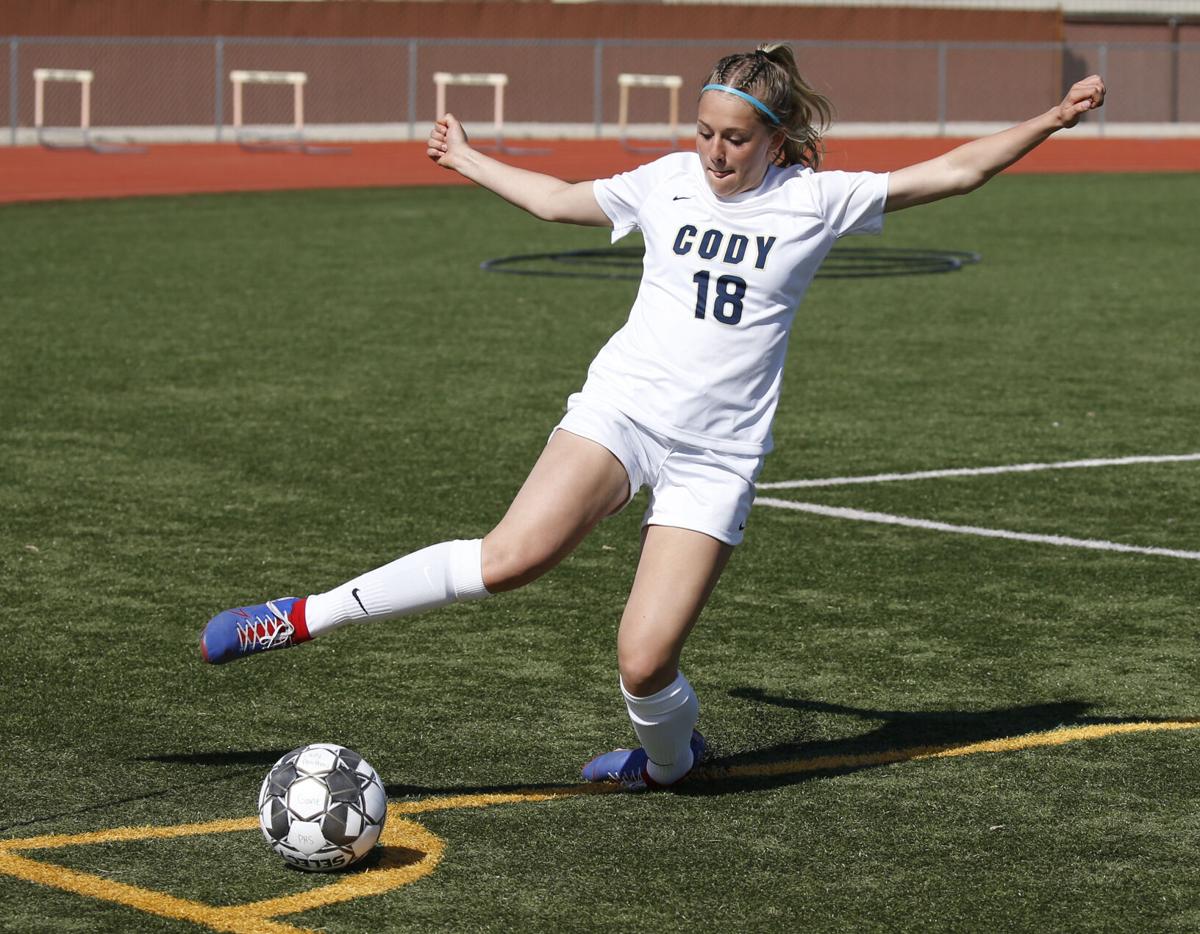 Aspen Kalkowski tries to save the ball. 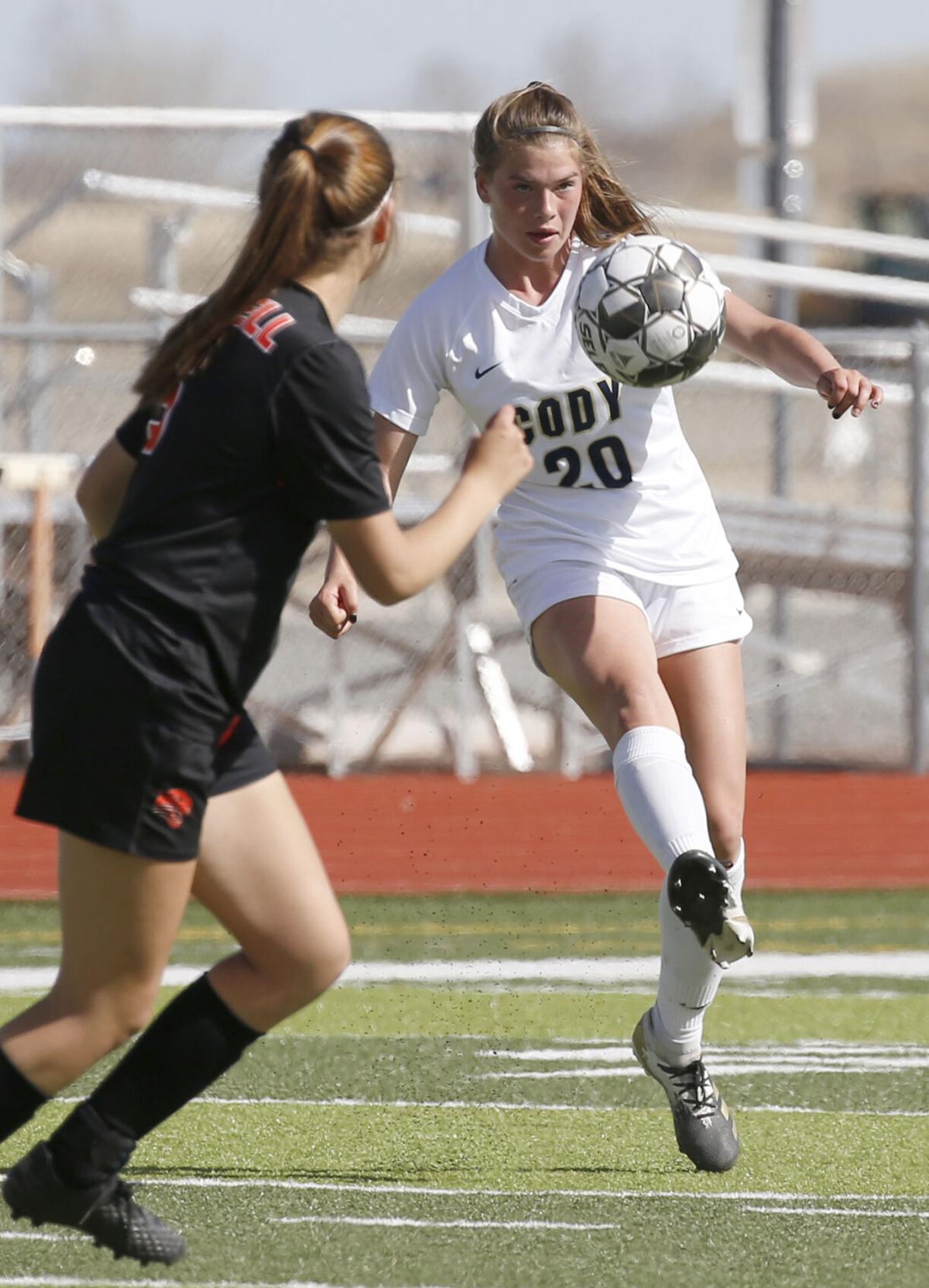 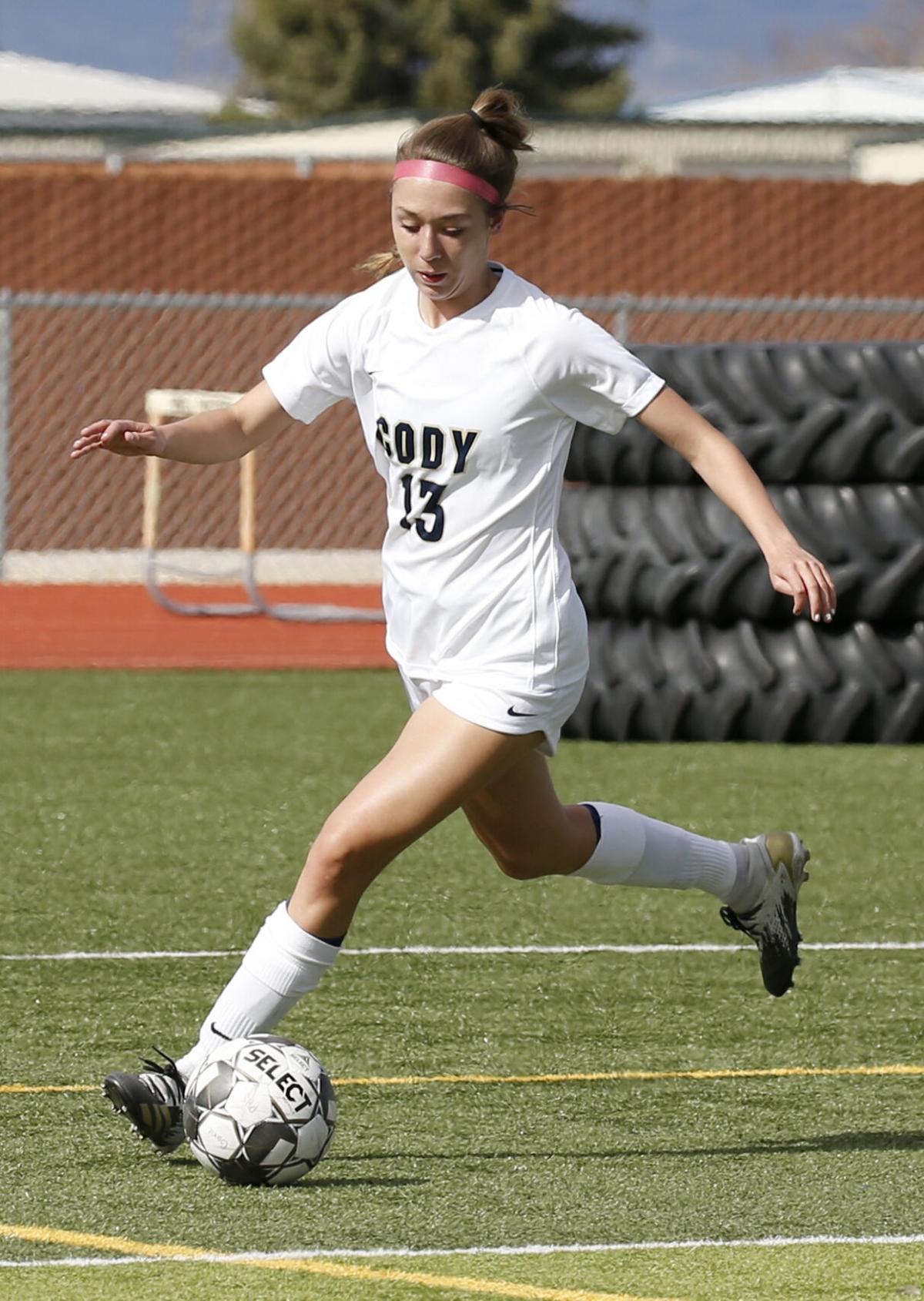 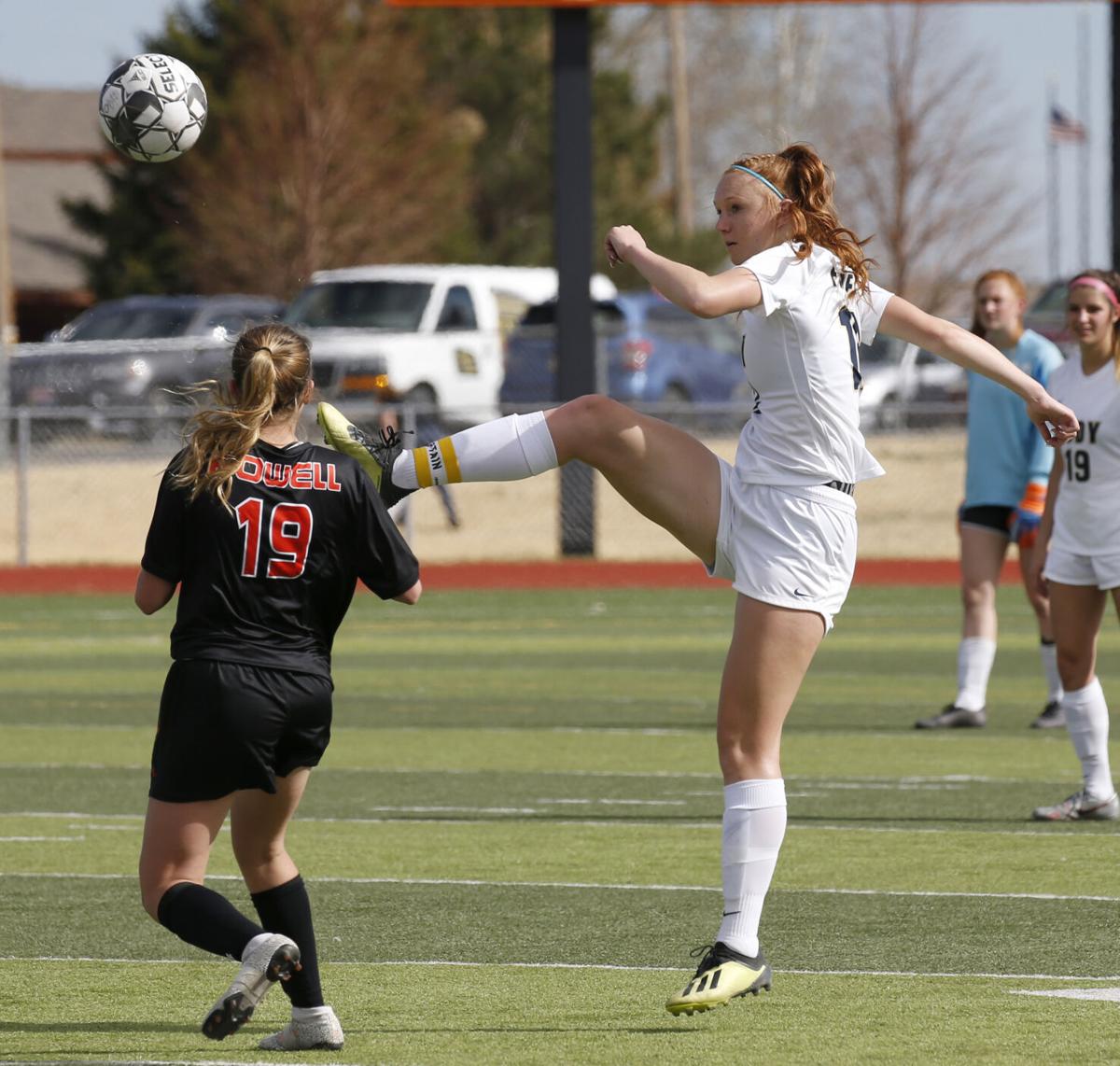 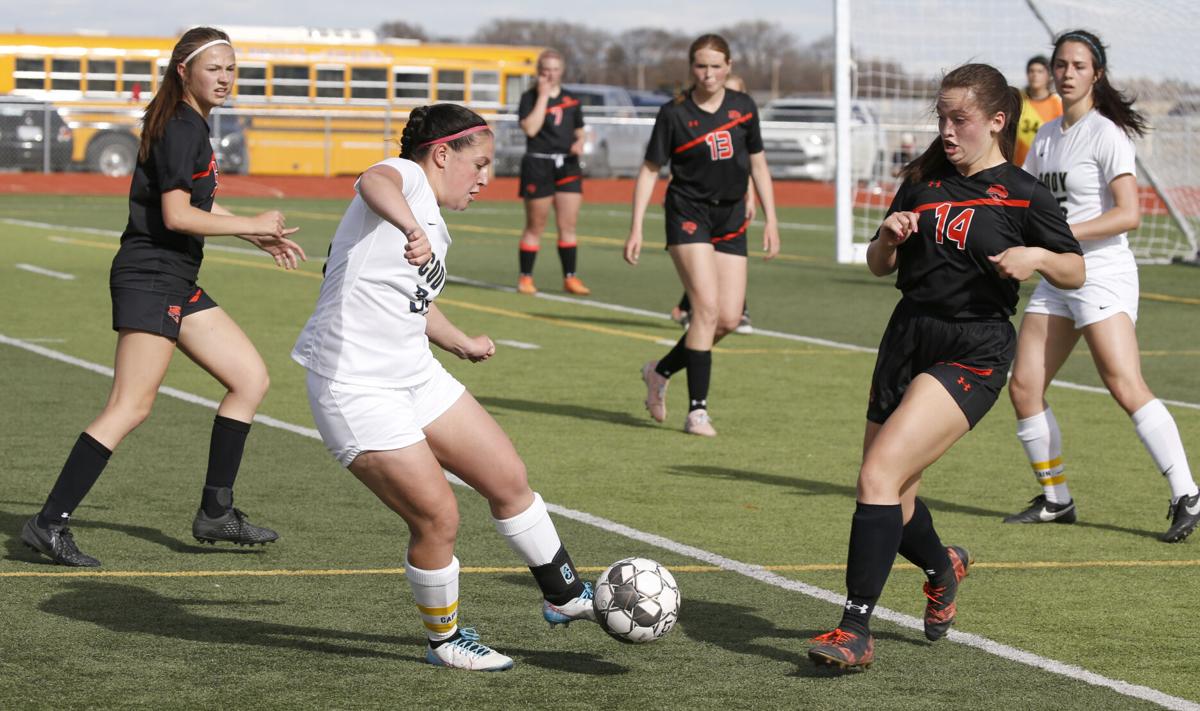 Torrie Schutzman looks for room against Bailee Moore of Powell. 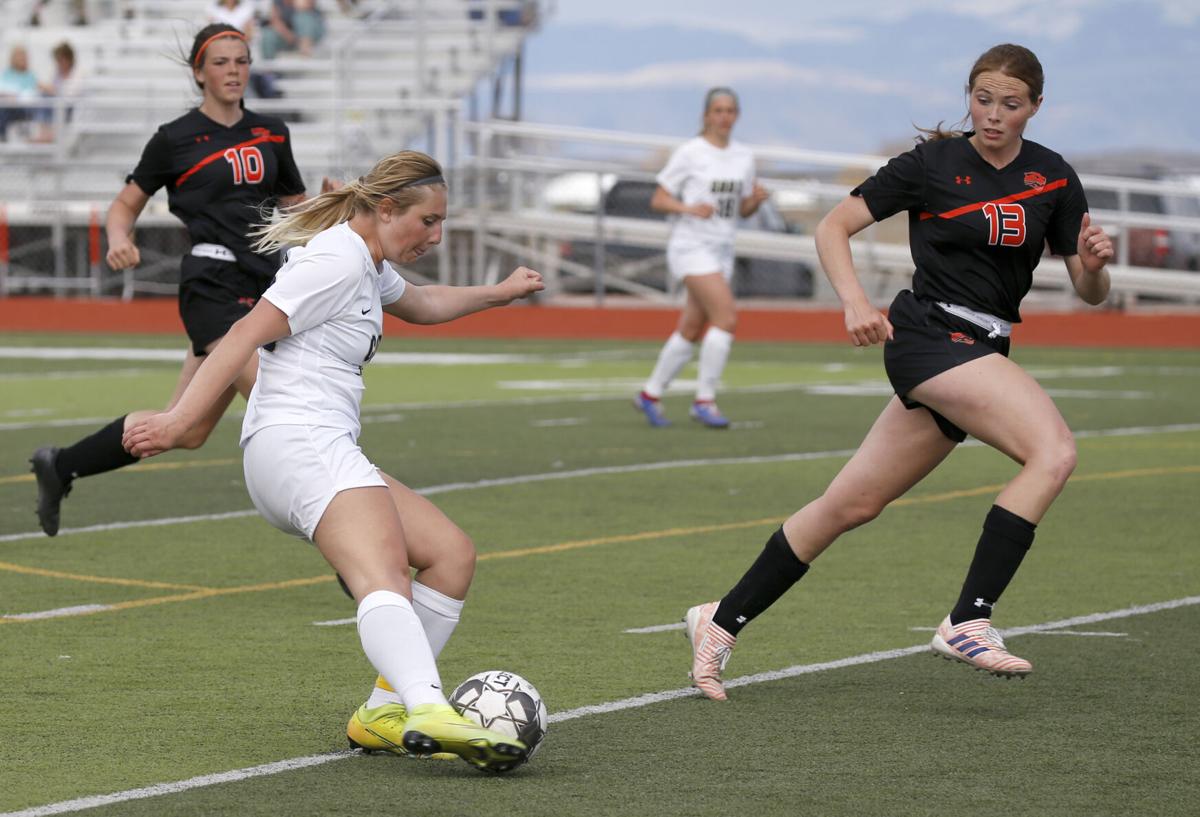 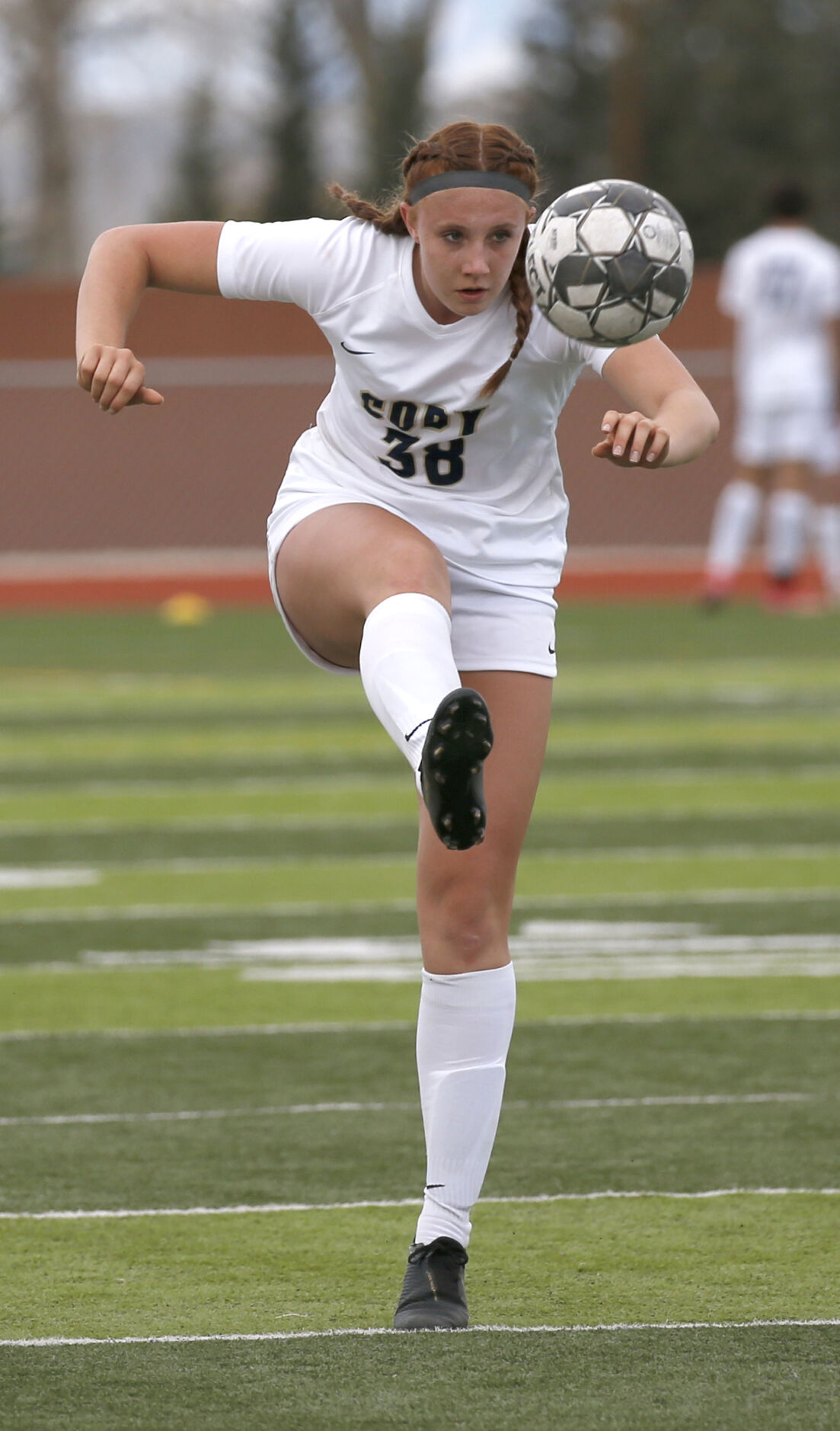 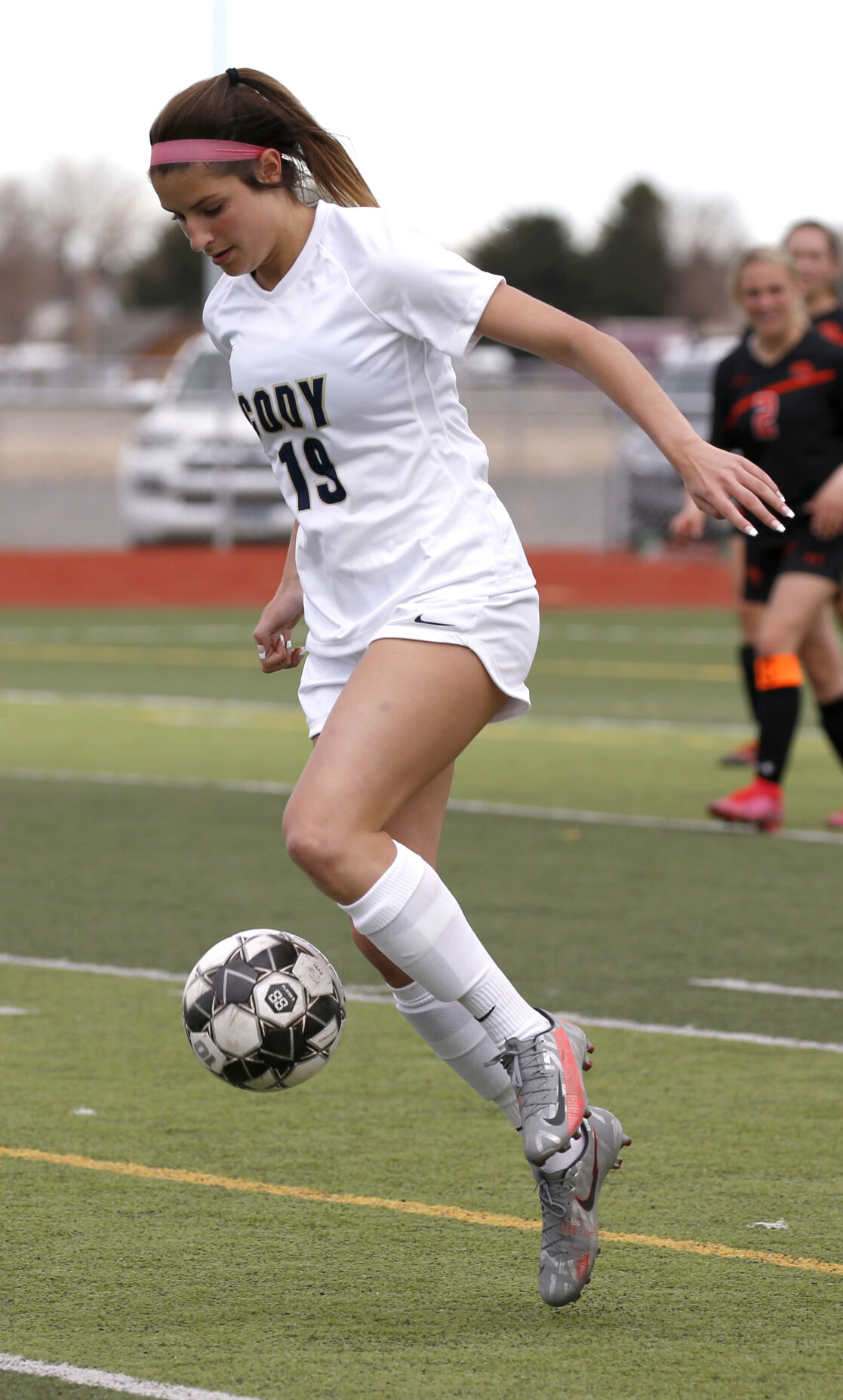 The team is all smiles after Molly Hays scored a goal Thursday.

Aspen Kalkowski tries to save the ball.

Torrie Schutzman looks for room against Bailee Moore of Powell.

The Cody girls soccer team  remained undefeated in conference play last week, while also defeating a 4A opponent to improve to 10-1 overall.

Wanting to face some tougher competition, Cody traveled to Lander on Wednesday to take on 4A Star Valley.

The match was played in place of an earlier Lyman forfeit. The Fillies, ranked No. 1 in 3A, controlled most of the game and won 3-2.

“It was really nice to compete at a higher level than what we are used to, so it felt really rewarding to be able to beat them,” Aspen Kalkowski said. “Playing teams that are in the highest division in Wyoming will definitely benefit our play, expose us to better players and help us develop into a better team in the end.”

Cody started strong in the match, controlling the majority of possession and creating shot opportunities to keep the Lady Braves’ goalie busy.

“We kept our composure and placed the ball well. We also did well on passing,” Kalkowski said. “We went into the game knowing it wasn’t a conference game, but it counted as a win or loss on our record and we aren’t a team that likes to lose, so we went out ready to win.”

About 20 minutes in, Ally Boysen passed ahead to Autumn Wilson, who angled a shot from the left corner over the goalie in the right side of the net.

Late in the half Cody scored again. Defender Brittan Bower cleared the ball and her shot went across the field behind the Star Valley defense to Kalkowski for the goal.

“On my goal I was caught pretty high up on the field and Brittan stopped a pass from Star Valley and cleared it out to the right side of the field,” she said. “I dribbled the ball, then shot to the far left corner.”

Star Valley had a few chances in the first half but the Cody defense did a good job containing them for the most part. The score was 2-0 at halftime.

“I think we definitely had a strong first half and just stuck with their forwards and that made it hard for them to complete passes through us,” Reece Niemann said. “Overall, our defense played well but near the end I think we got tired and fell apart as a unit.”

The Lady Braves picked up the pace in the second half and created more scoring opportunities but it was Cody who found the net first.

On a throw-in at about midfield, Boysen took the ball down the line and when the goalie stepped out to defend a shot, crossed to Torrie Schutzman at the back of the net for the score.

“We sent really good through balls the first half and that led to a few one-on-one opportunities,” Niemann said. “And in the second half we were able to connect our passes and work it through their defense and that eventually led to a goal for us.”

With what they thought was a comfortable lead, the Fillies let up a little bit and Star Valley took advantage late with two goals.

“Star Valley is competitive,” coach Marian Miears said. “We let our guard down in the last 10 minutes which isn’t something we want to do.”

The Lady Braves’ first goal came on a free kick at about the 18-yard line. Then, with three minutes left, they scored again.

“Their first goal was an amazing free kick from outside the 18 and there wasn’t really much we could do it,” Niemann said. “Their second goal, our defense just wasn’t matched up in the box where we needed to be.

“We didn’t play amazing today, but we played good enough to get the win. They had a strong midfield and they pushed their defense up high and that caused us some problems with offsides.”

The Fillies closed out the week with a second victory Thursday in Powell.

Cody didn’t take long to get on the scoreboard on Powell’s senior night. In the third minute, Boysen kicked a rocket from the 25-yard line to make it 1-0.

Wilson made it 2-0 in the 14th. Her header was deflected by Wilson followed the ball and got ahead of the defense for the shot.

A minute later, Kalkowski scored with a sharply angled shot from the right side that hit the left post and bounced back into the net.

“When we score we want to keep up the intensity,” Molly Hays said, “and when we get a lead we can try some new things and create more opportunities.”

Cody’s final goal of the half came in the 23rd when on a throw-in, Allie Broussard tracked to the ball and found the net.

“It was kind of anticlimactic,” she said of the goal. “I tapped it in with my left foot and the goalie missed it.”

The Fillies continued to create shots in the second half and Miears was happier about the team’s play.

“We had more shots and more possession,” she said. “Because of our off-the-ball movement we kept the ball longer.”

The Fillies found the net again in the 61st minute, when a chip shot by Hays glanced off Broussard’s shoulder into the net.

“I didn’t know it was going in and then it bounced off Allie’s shoulder,” Hays said.

Broussard got her second goal in the 71st minute, finishing a cross by Kalkowski.

“I was in the right place at the right time,” Broussard said. “It was because of Aspen’s beautiful cross.”

Cody’s final goal came a minute later when Kennedi Niemann’s shot deflected off a Powell defender’s head into the net.

Late in the game, the Fillies mixed things up, rotating up some defenders to play center mid and try to score.

“It was really fun to try and get different people to score a goal,” Hays said.

The Fillies played at 4A Kelly Walsh on Monday night.