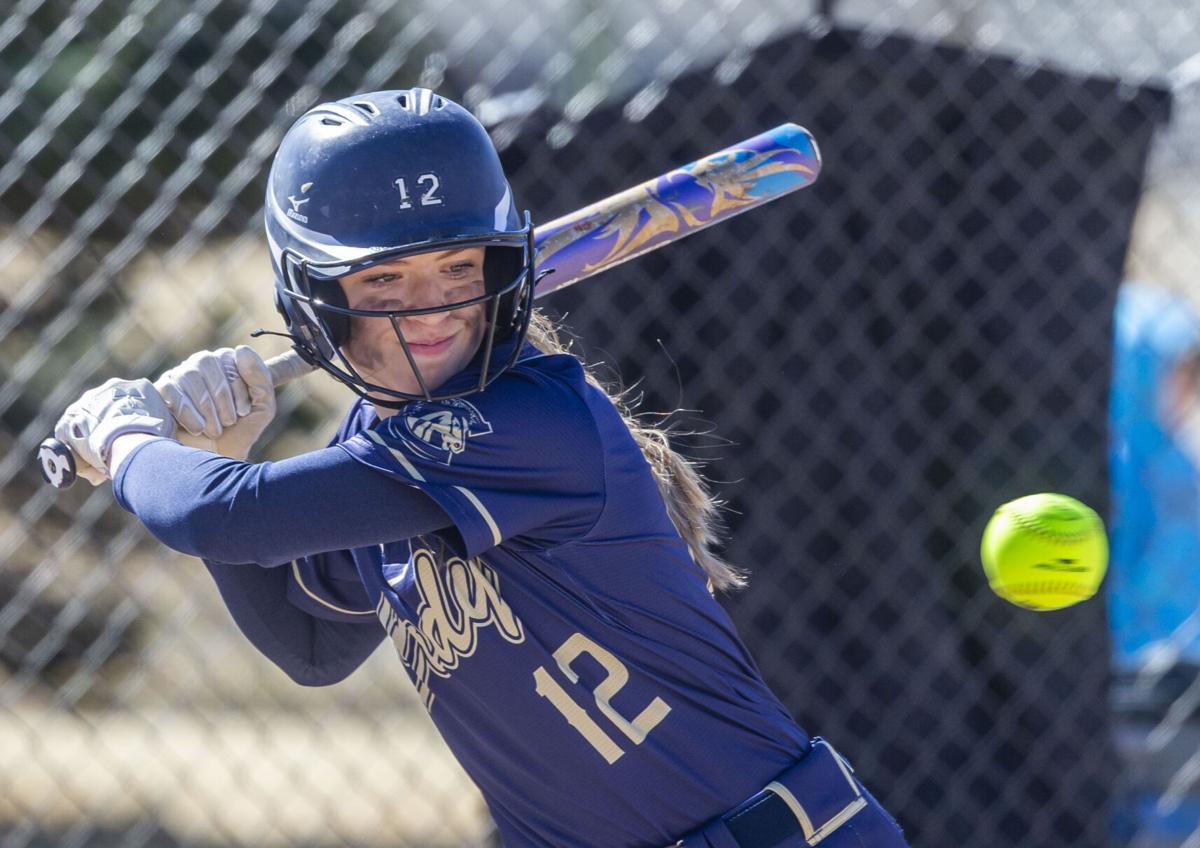 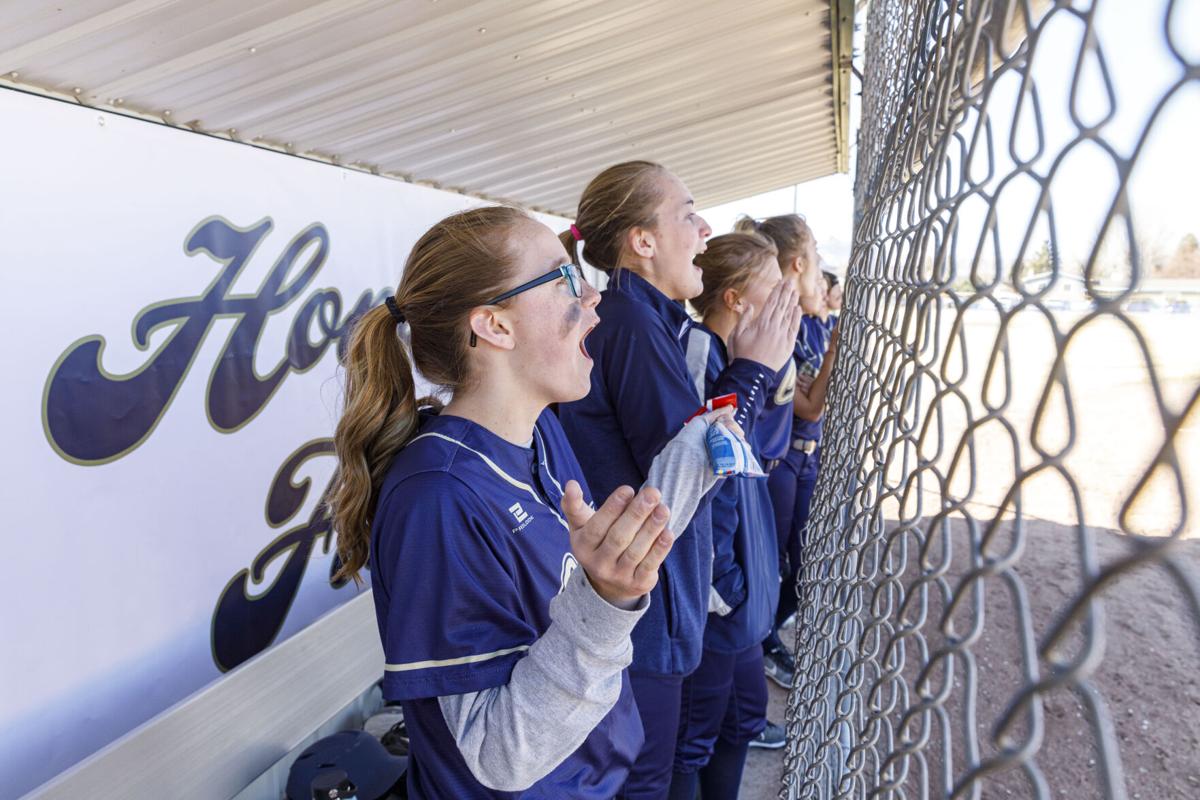 Taydon Schoening and her teammates cheer from the dugout. 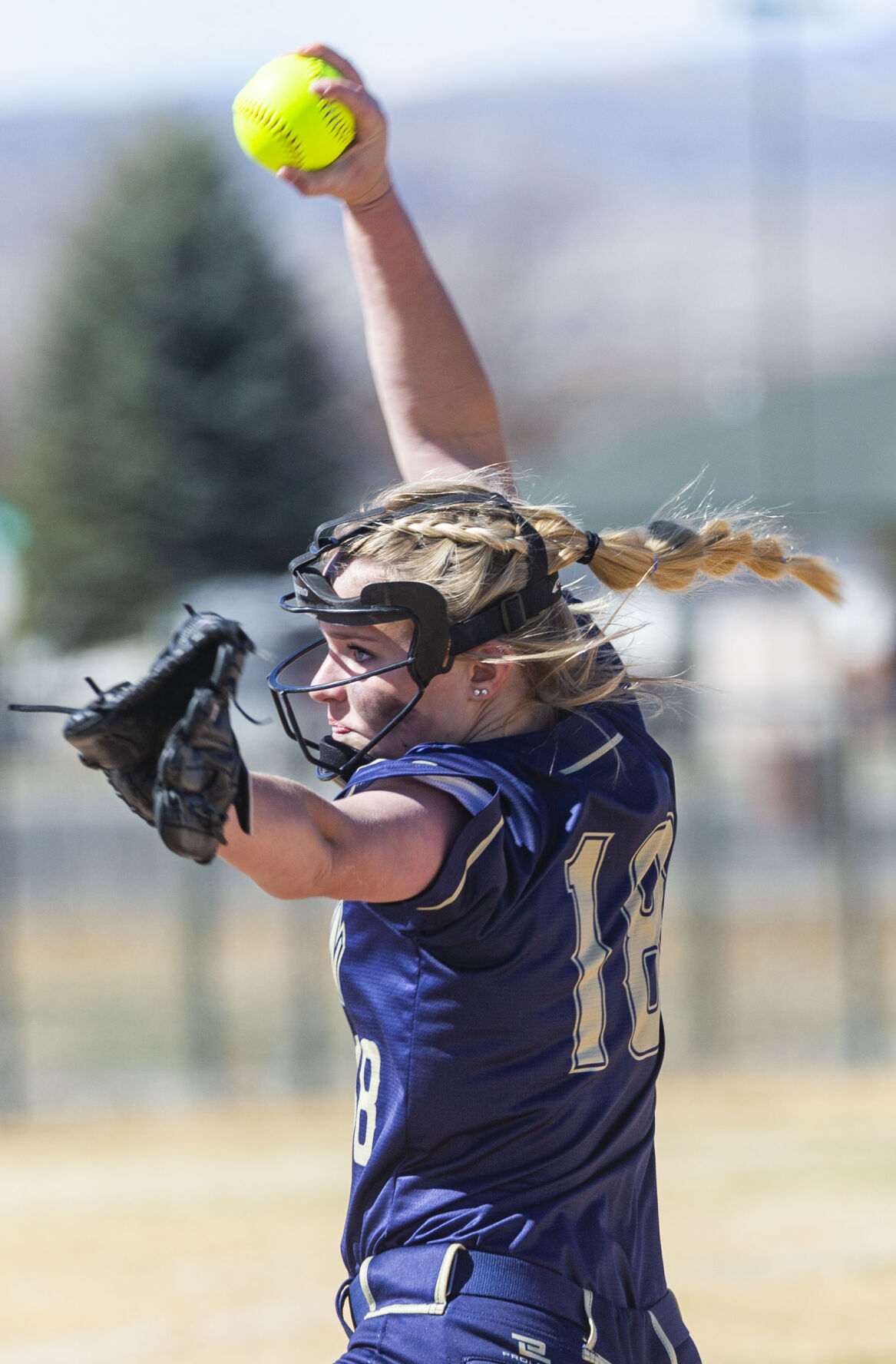 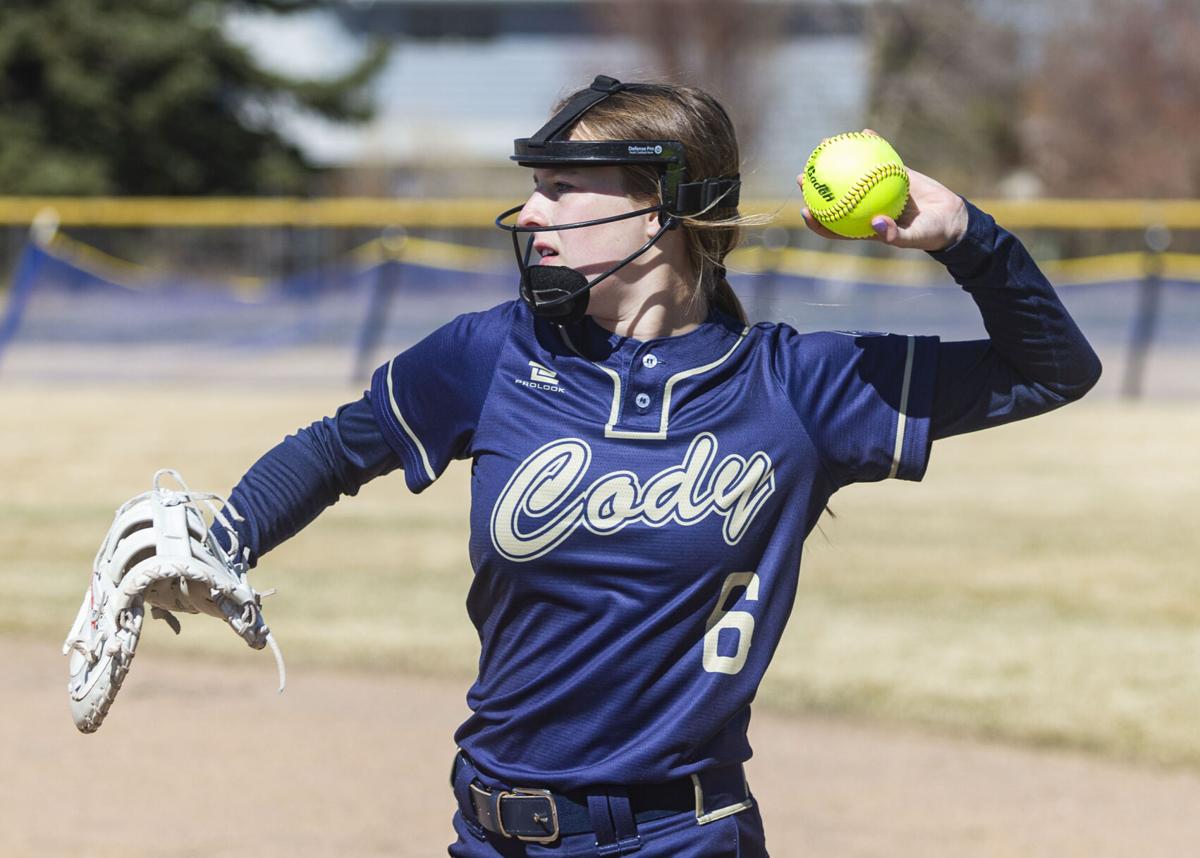 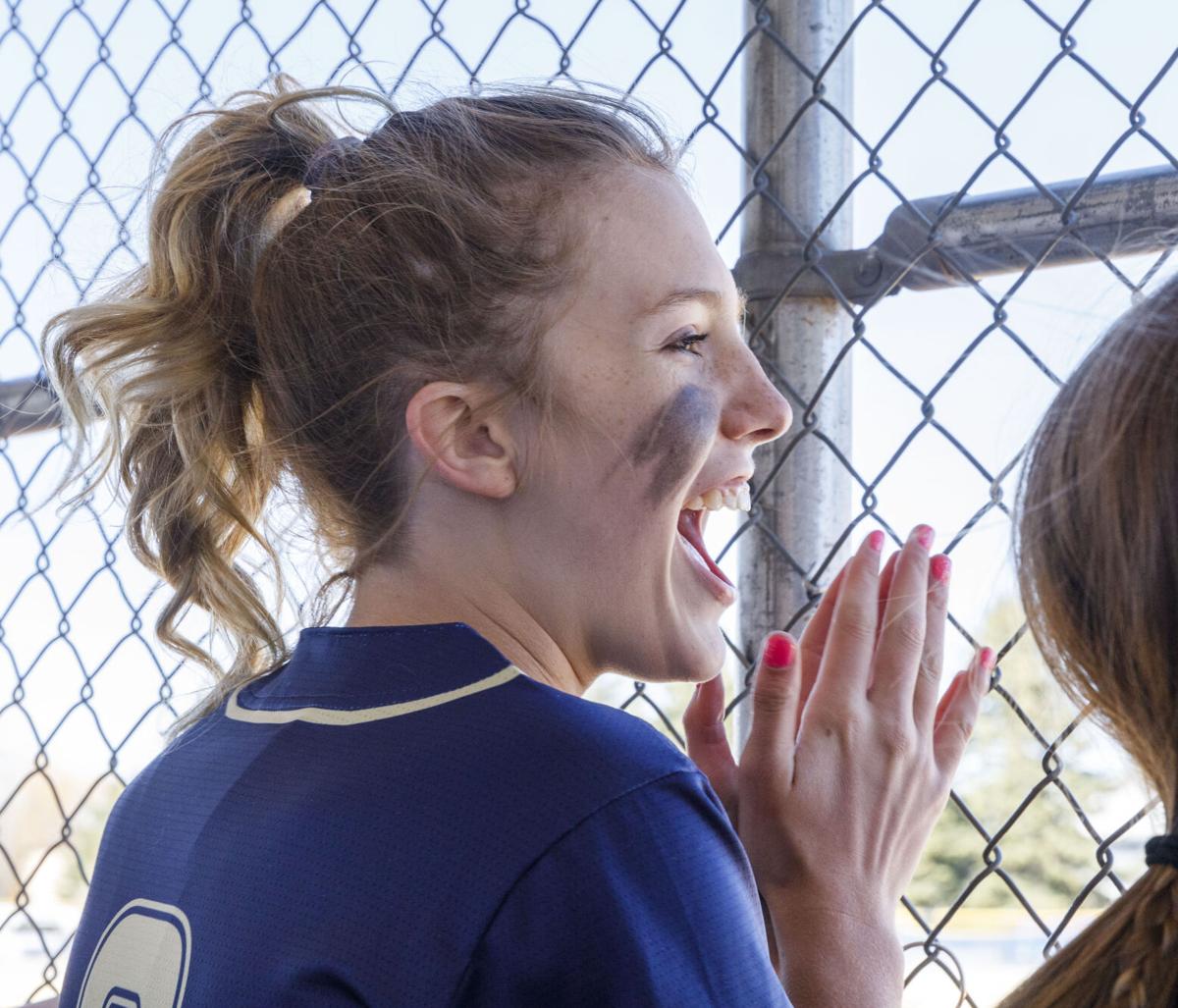 Mia Beachler cheers from the dugout. 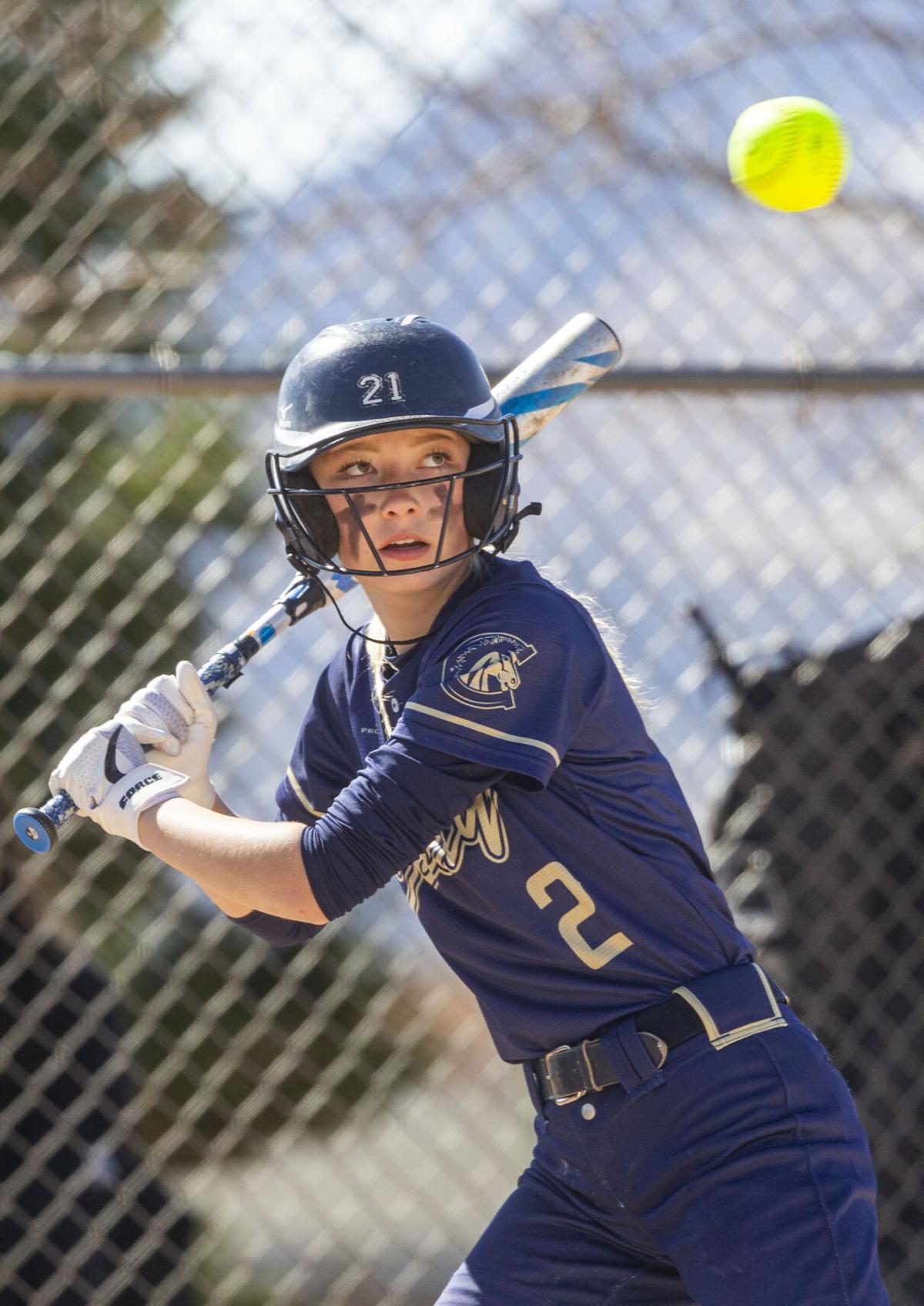 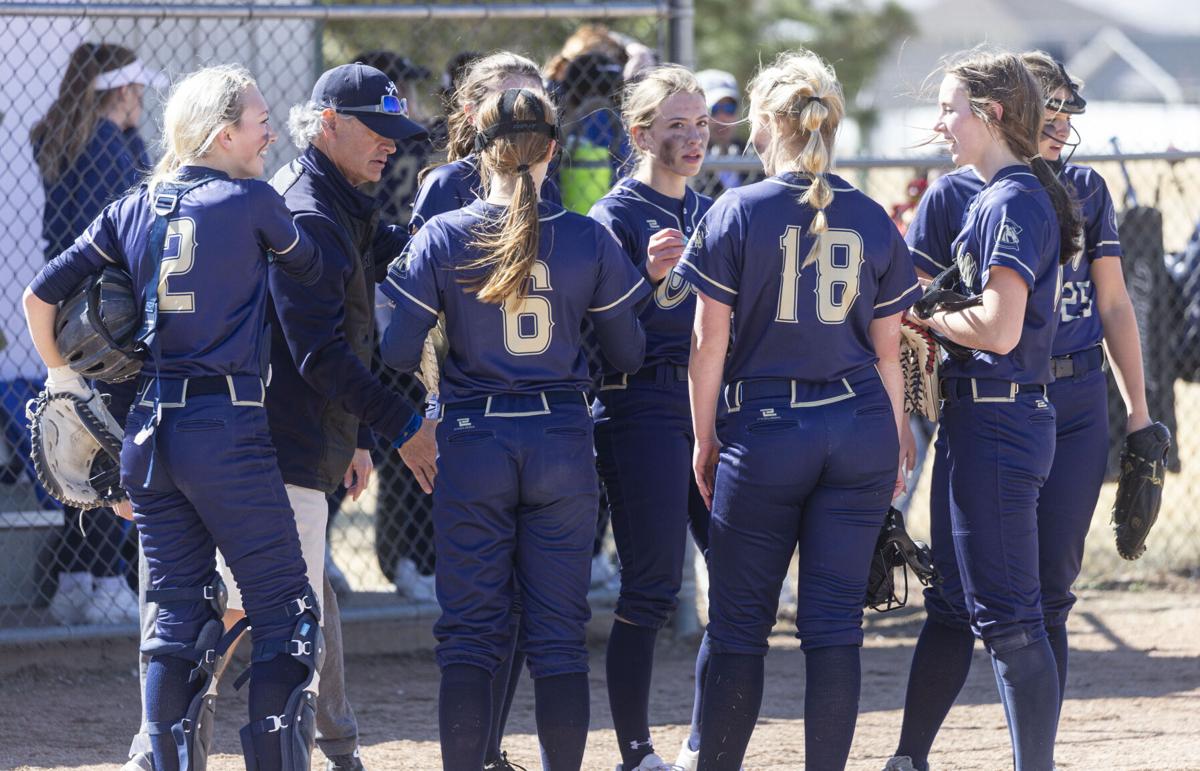 Chad Smith leads a huddle in between innings. 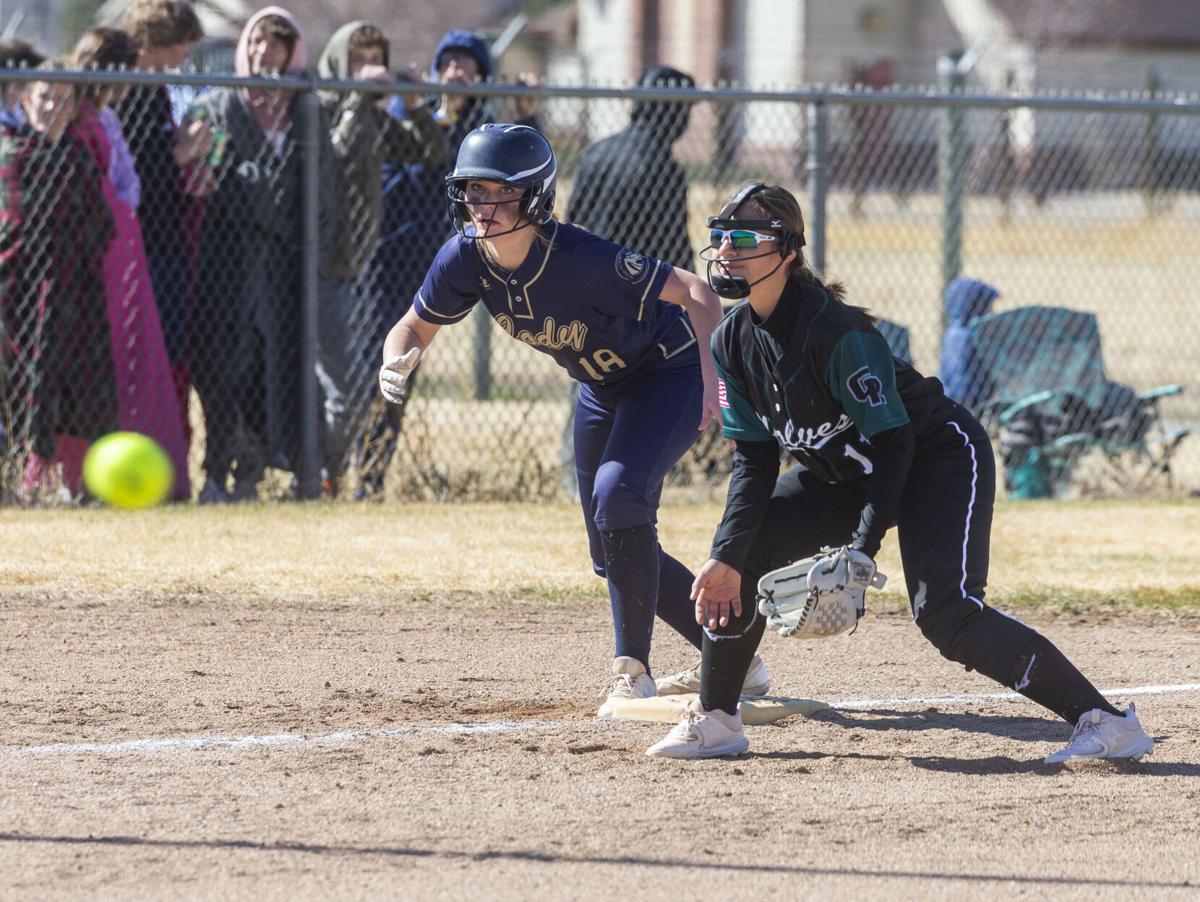 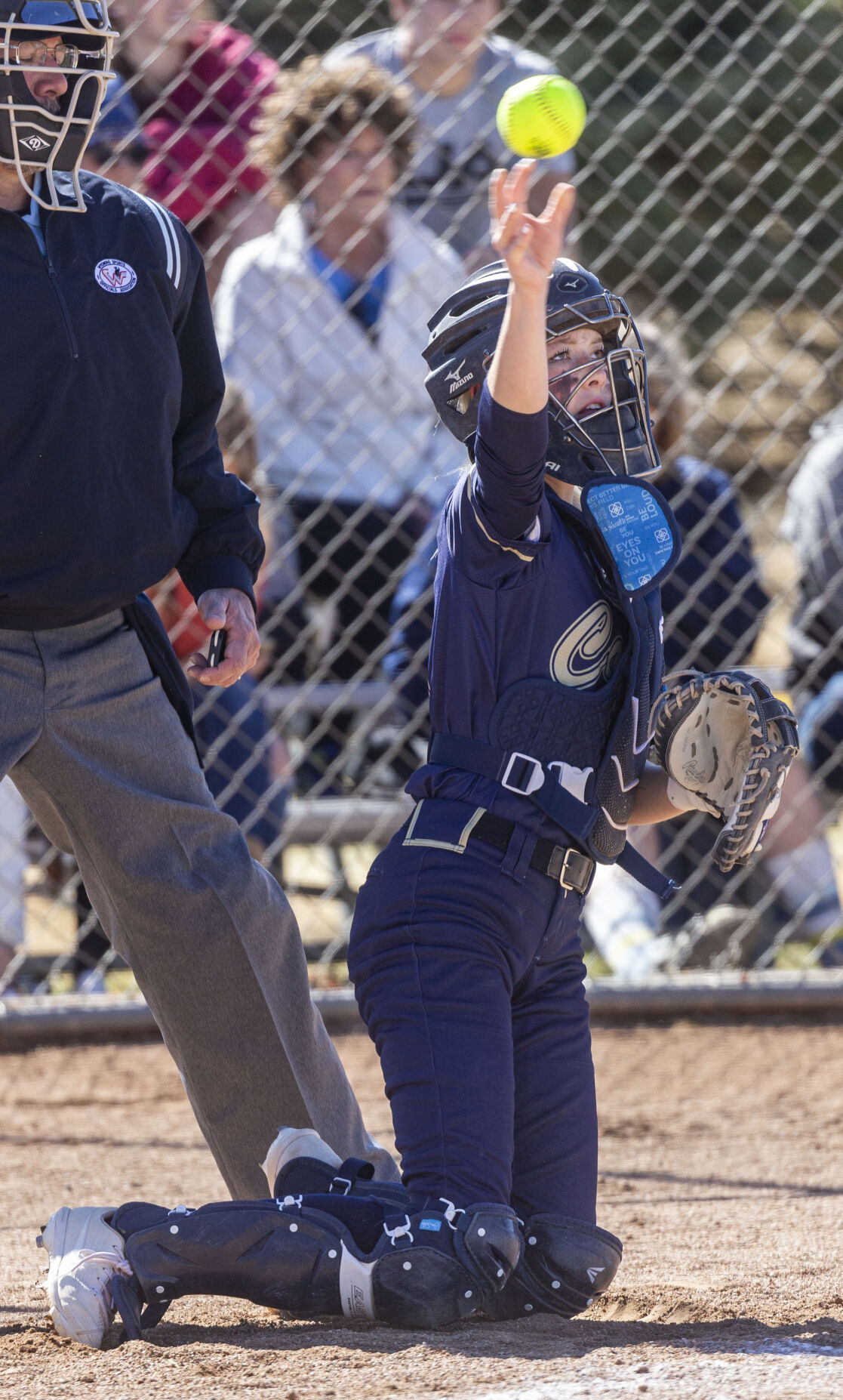 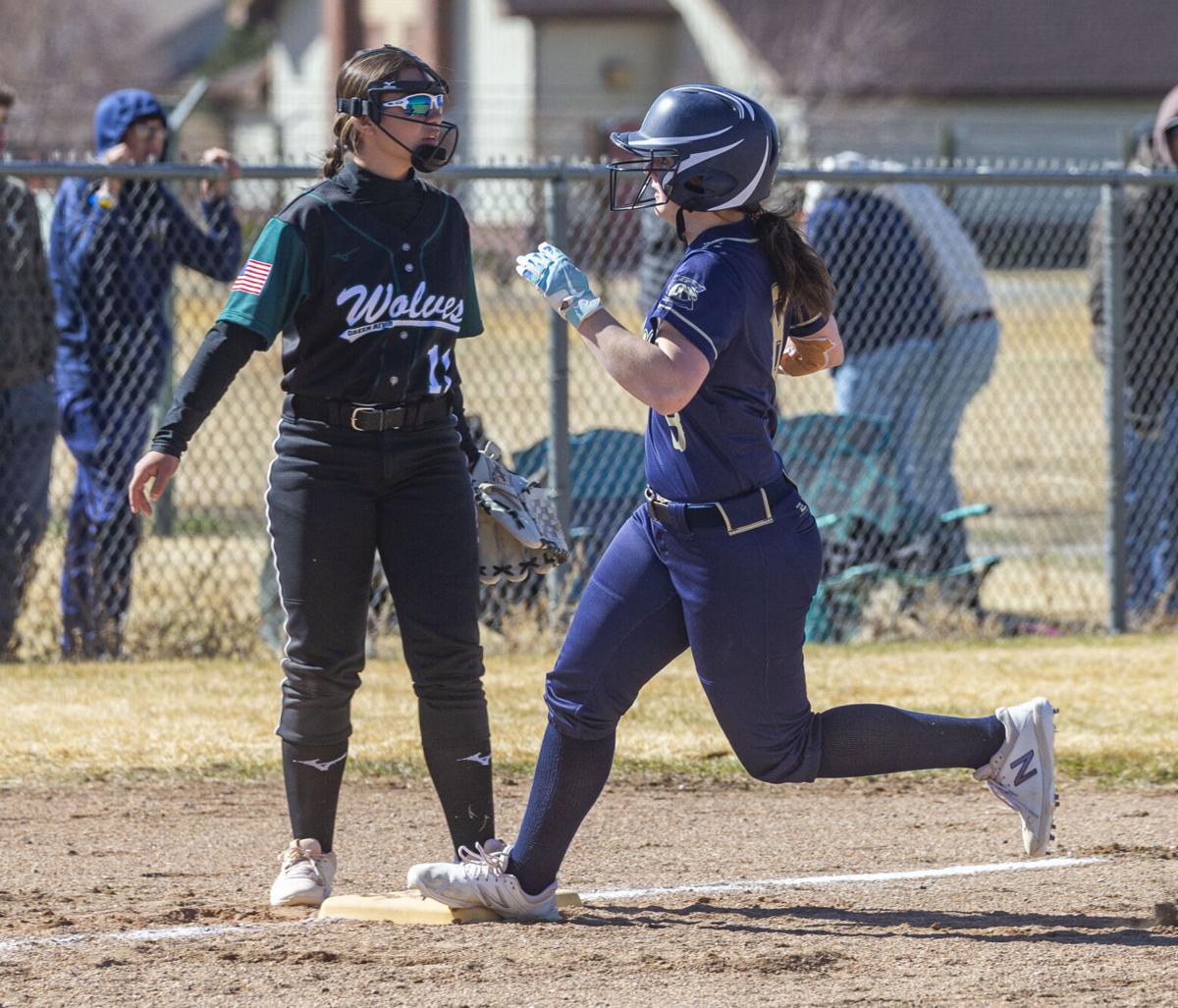 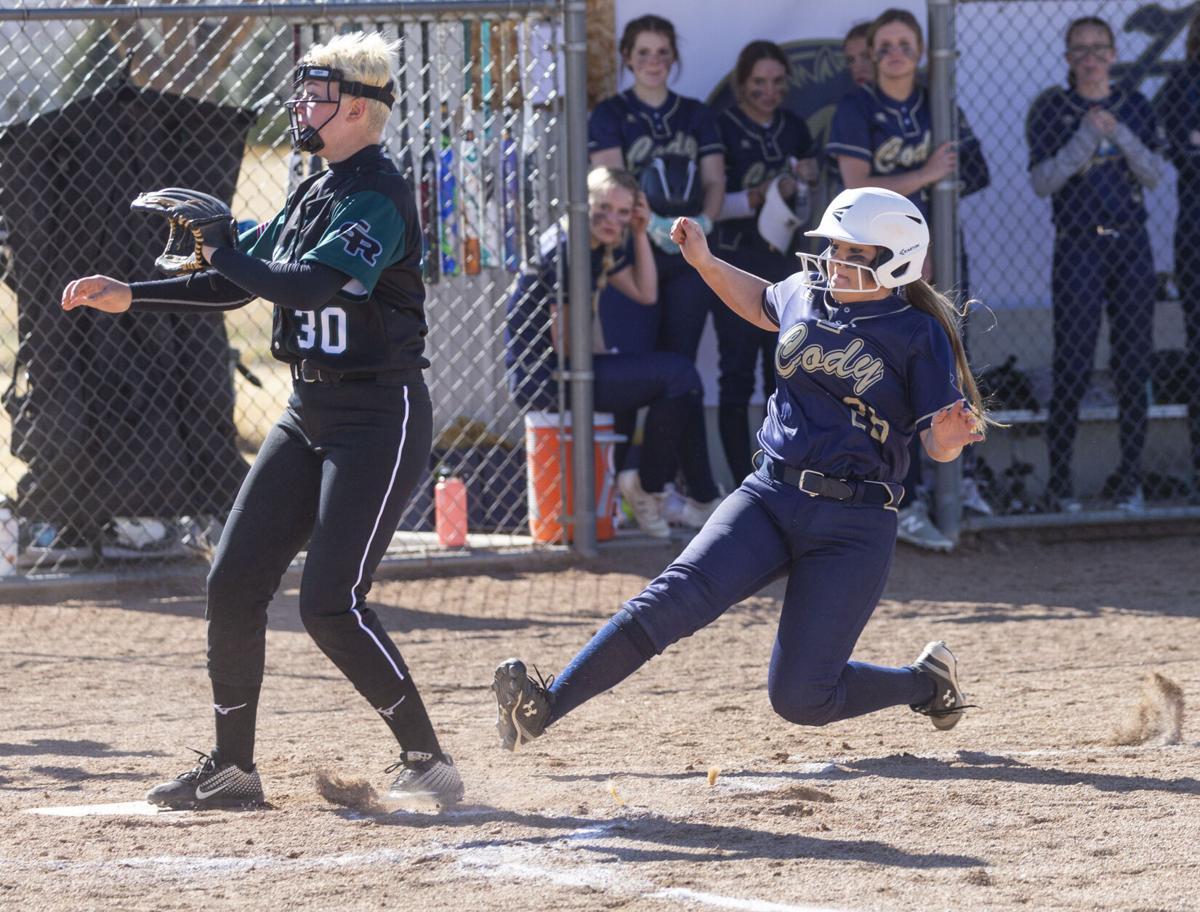 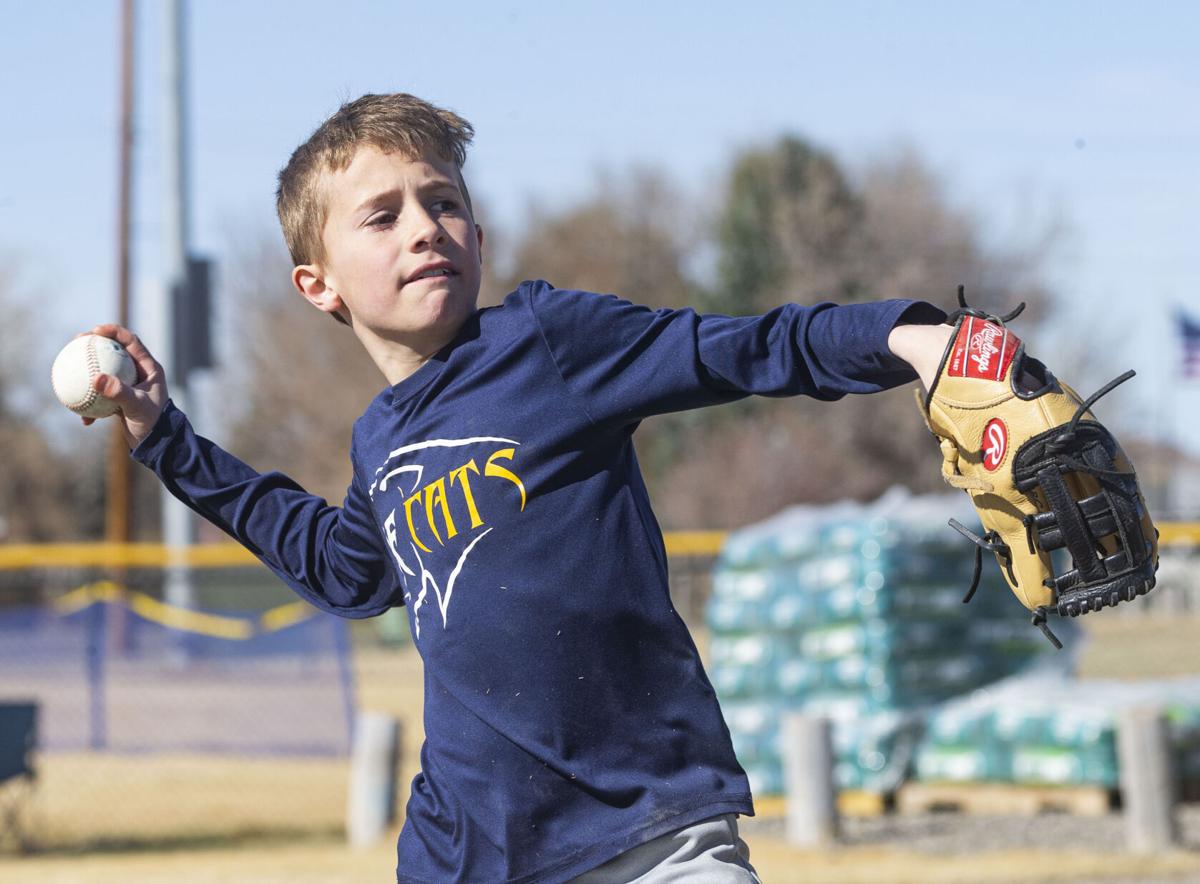 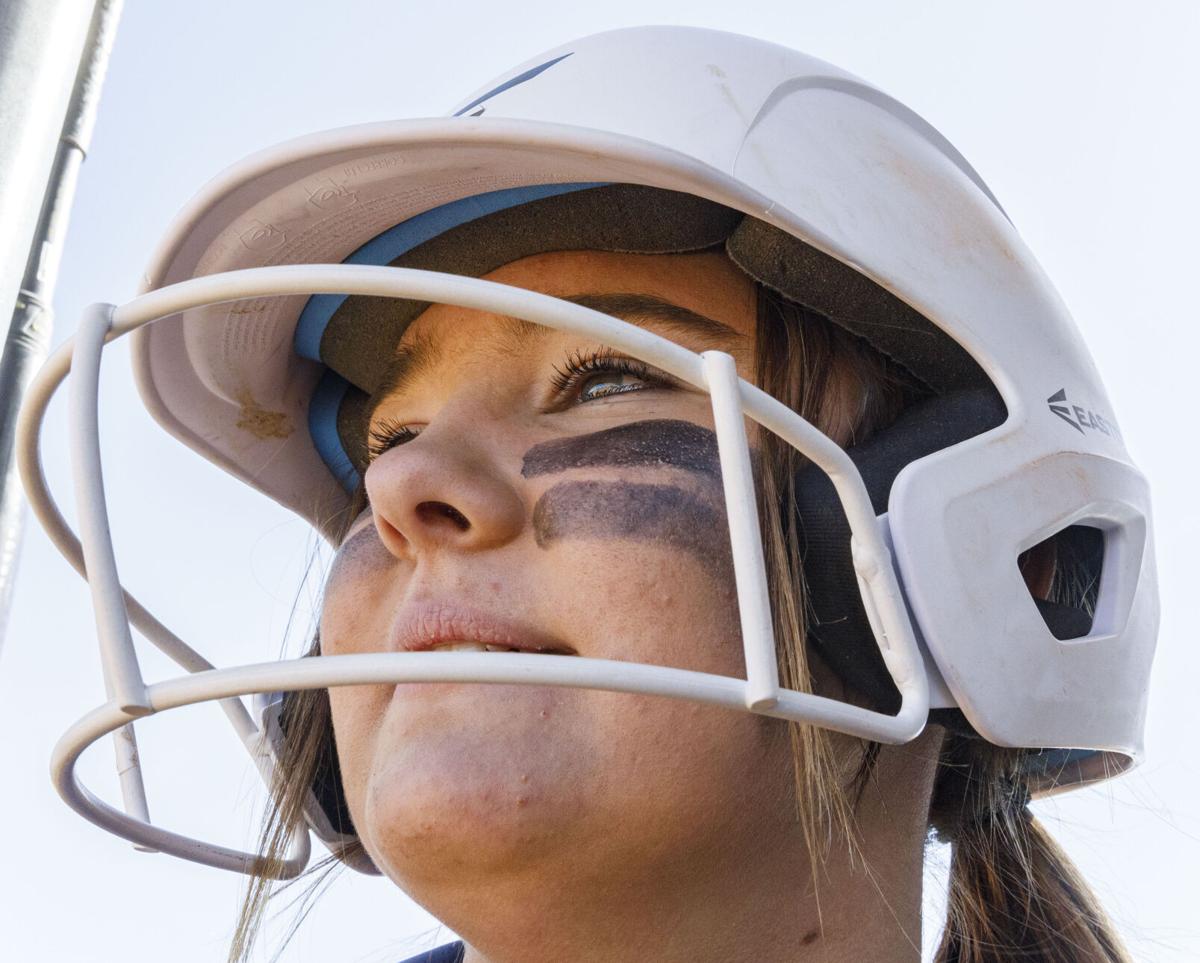 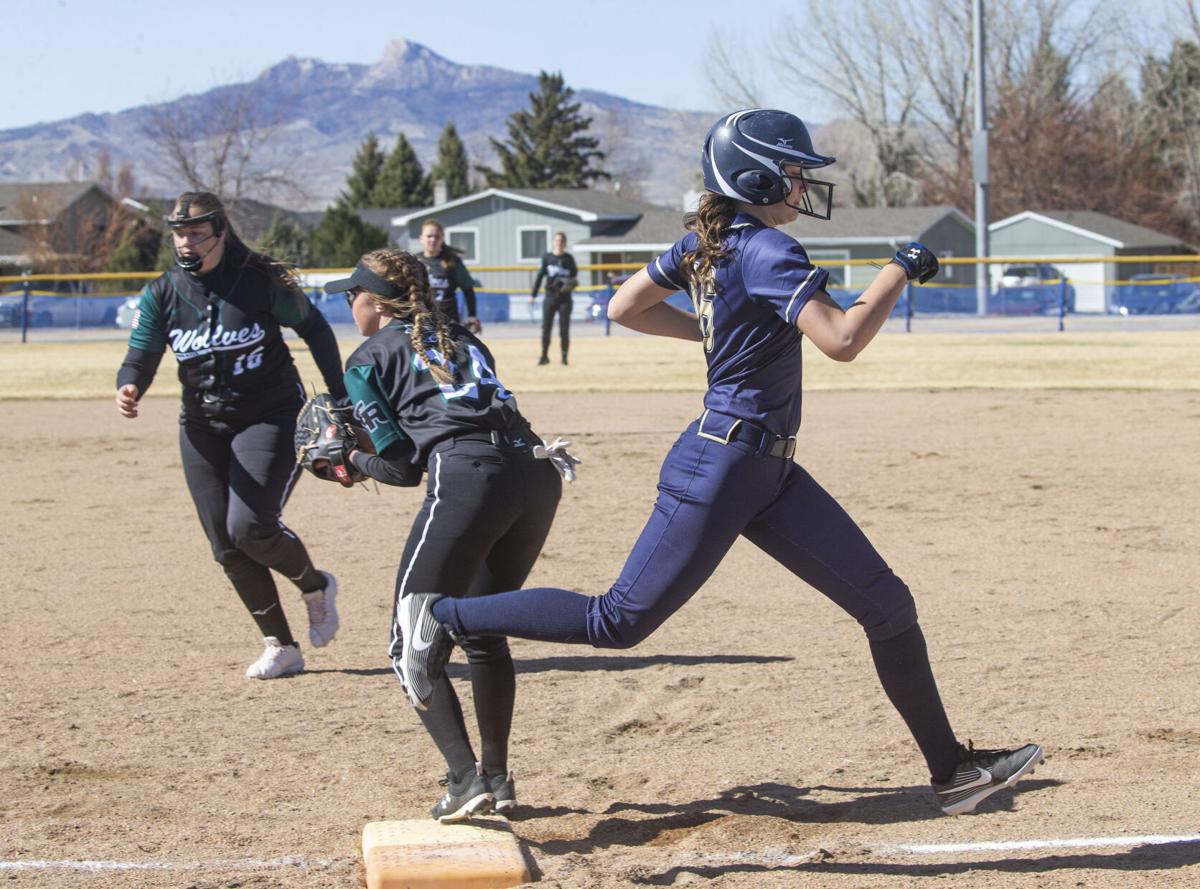 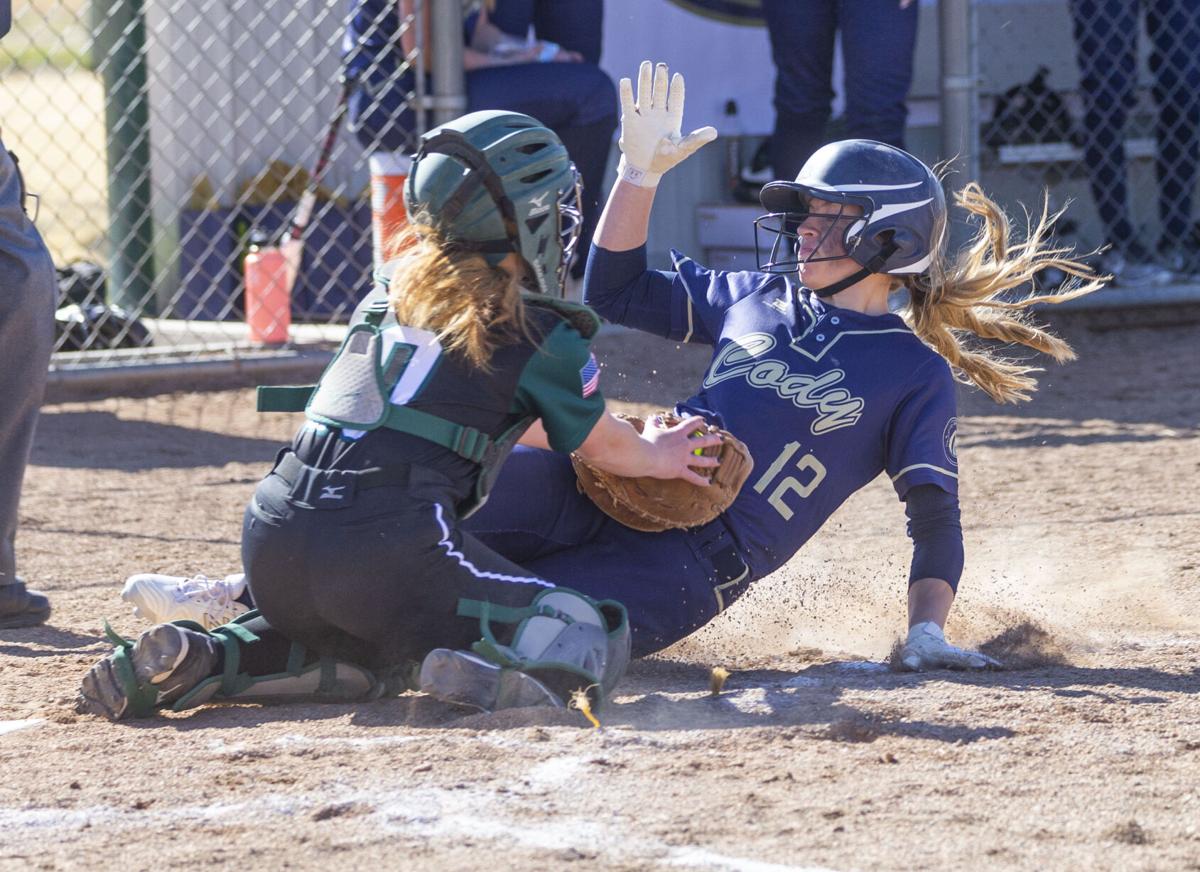 Taydon Schoening and her teammates cheer from the dugout.

Mia Beachler cheers from the dugout.

Chad Smith leads a huddle in between innings.

In their first-ever home weekend, the Cody High School softball put on a show for its fans with back-to-back blowout wins. Both games were well-attended and played under sunny skies and in warm temperatures at the East Sheridan Softball Complex.

“It was really nice to play here with the team,” Ally Schroeder said. “We’ve never played a high school game on this field so it was really cool to have that.”

The Fillies put on a hitting exhibition Saturday at home, beating Rock Springs 16-4.

Four different Fillies (3-0, 2-0 West) hit a total of five extra base hits in the win. Emily Egger led the team at the plate going 3-3 with a triple and four RBIs. Schroeder and Wollschlager also added triples.

Despite the lopsided final tally, it was Cody’s most competitive game of the year.

“It’s so exciting,” Egger said. “I love games like this where you have to be on it.”

The Tigers got off to a hot start hitting three singles for a 2-0 lead.

But Cody responded immediately with seven runs off six hits including extra base hits from Ellie Ungrund and Schroeder as well as a two-run RBI from Egger.

Although Rock Springs (2-2) got two quick outs on the Fillies in the second, an Ungrund ground rule double scored Ava Wollschlager to make it 8-2. They would add three more before the inning was done.

In the fourth the Fillies put five more across the plate.

Rock Springs showed some life in the fifth with a double from Joselyn Arrants, who then scored on a Jayma Tuttle error. They would score one more before the inning was over, but the Fillies defense was able to finish it off forcing the Tigers into two infield groundouts.

Rock Springs committed seven errors that Cody converted into four runs in the game. The Fillies defense, on the other hand, was solid all weekend, only committing one error in each game.

Ungrund finished the game only allowing four hits while striking out four in five innings of work.

“All three games the batting has been just amazing,” coach Chad Smith said. “Hopefully we can keep it up and clean it up a little.”

Cody gave their fans a show in their first-ever home opener on Friday, beating Green River 18-3. The game was called in the third inning due to the mercy rule.

Against Green River, Cody (2-0) jumped out to an eight-run lead in the first inning and never looked back from there. The Fillies were able to draw nine walks while only striking out twice over the course of the game.

Egger led the Fillies, batting 2-2 with four RBIs and two doubles. Ungrund had eight strikeouts on the mound and hit a triple.

After Green River jumped out to a 1-0 in the first, the Fillies struck back with nine runs of their own.

“I think it got us more focused and into the game knowing they could score on us,” Violet Wollschlager said.

Evans hit an RBI and scored on a passed ball to make it 2-1 and then Schroeder broke it open with a huge two-run double that bounced against the outfield fence.

“I swung away and it turned out good,” Schroeder said.

Egger then hit a double of her own to knock in Schroeder and Ava Meier.

“I’ve just been staring at the laces until it hits my bat,” Egger said.

Green River (0-4) pulled within six runs in the second, hitting a triple and earning two walks.

But Ungrund managed to shut the inning down with a strikeout that stranded two Lady Wolves.

In the second, the Fillies added five more and Ungrund struck out three of the four batters she faced with no runs allowed in the top of the third.

“She’s just a bit of a slow starter and gets better over the course of the game,” Smith said.

In their final at-bat, the Fillies scored four more to reach the 15-run mercy mark. Egger added another two-run double and the team drew five walks.

Egger had a phenomenal weekend, batting 5-5 with eight RBIs and three extra base hits after a tough outing in the team’s season opener against Worland.

“I changed my (batting) stance a little bit and now I’m on it,” she said.

Smith said by shortening up Egger’s stance in the box it allowed her to eliminate a “bad loop” in her swing.

Through their first three games the Fillies have scored 43 runs.

“I expected it (offense) to be pretty good, we’ve been working pretty hard throughout the winter,” Evans said.

The Fillies employed some higher-level game strategy in their second weekend of play as well, running some designed plays and laying down a few bunts.

“We’re figuring out some things of what we can do,” Egger said.

Cody will face its toughest tests yet when it heads on the road to take on Kelly Walsh (4-0) next Friday and Natrona (1-3) on Saturday. Kelly Walsh has only allowed seven runs through four games this season.

“We’ve just got to stay focused on hitting,” Smith said.