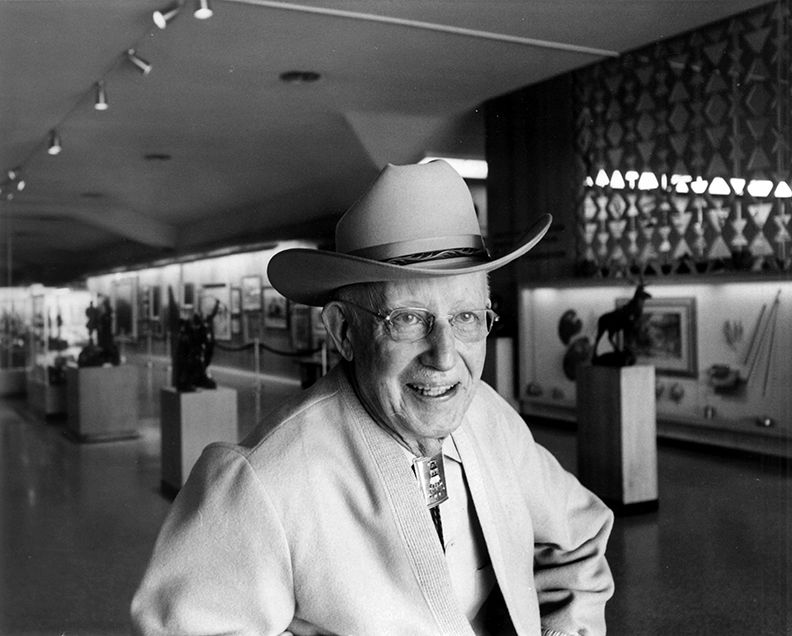 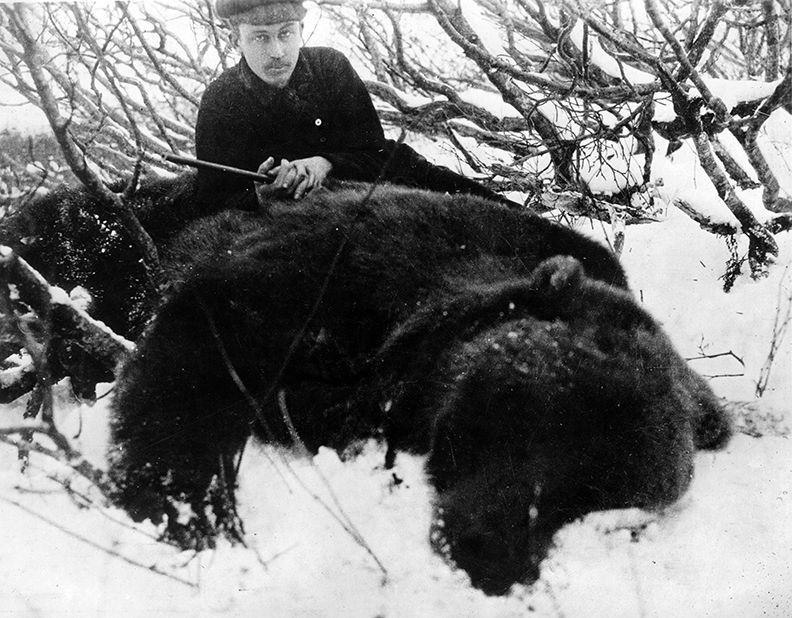 Harold McCracken with the bear from his hunt in 1916 that brought down one of the largest Alaskan grizzlies on record; he lectured and posed for the world with this bear. Buffalo Bill Center of the West, Cody, Wyoming, USA. MS 305 Harold McCracken Photograph Collection. P517 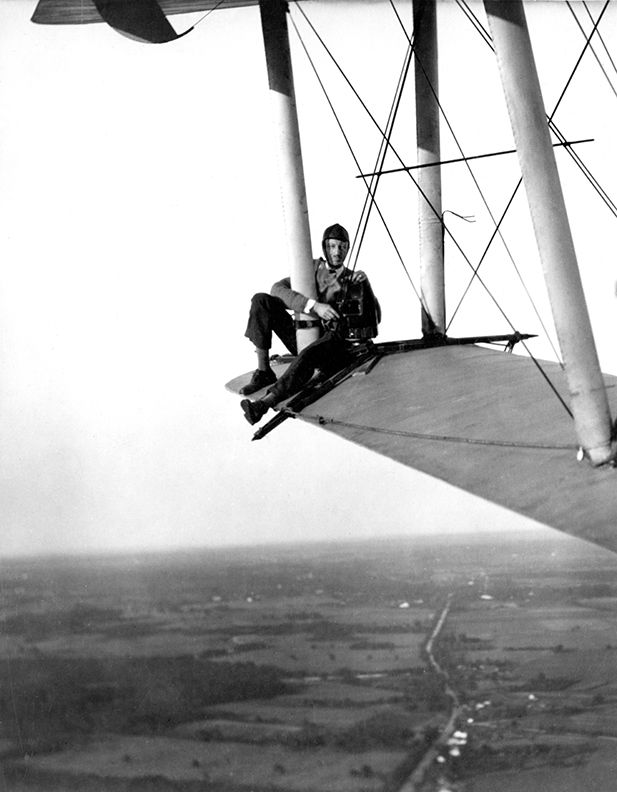 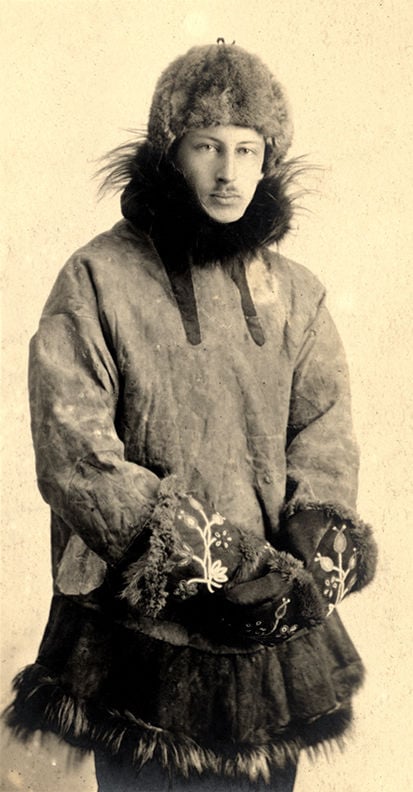 Harold McCracken with the bear from his hunt in 1916 that brought down one of the largest Alaskan grizzlies on record; he lectured and posed for the world with this bear. Buffalo Bill Center of the West, Cody, Wyoming, USA. MS 305 Harold McCracken Photograph Collection. P517

Harold McCracken chewed on a cigar the way some people chew gum, constantly, while trying to make it last.

When the cigar tip got soggy McCracken whipped out scissors from his desk and clipped the end.

He didn’t smoke the stogies, but as McCracken cruised around the Buffalo Bill Center of the West they were a wardrobe accessory.

Nearly 35 years after his death – as he is about to be commemorated in an exhibit in the very museum he helped shape – that is one way old coworkers and relatives recall a man of many and varied accomplishments – through that prop of a cigar.

“He liked the feel of it in his mouth,” said grand-daughter Deborah Goppert Hofspedt, currently a member of the museum’s board of trustees. “He had given up smoking.”

McCracken’s trademark was so well-known, one year in their annual parody skit the Rotarians sent someone on stage wielding massive fake scissors to snip a cigar with not a word said. The audience howled.

It would be unfair to say smoking was a phase for McCracken. In his long life, 1894 to 1983, McCracken didn’t have phases. He had passions, years-long chapters. From a vocational standpoint there were multiple McCrackens.

Periods of McCracken’s life could be symbolized by a rifle, a pencil and yellow legal pad, or a camera almost too heavy to tote on his back.

In Cody, Doc Mac was best known as a museum administrator. He also became a prolific author, an accomplished photographer and filmmaker.

The Center’s McCracken exhibit, named “Out West Where the North Begins,” opens Friday, June 2, and runs through Jan. 31, 2018. It is being mounted in conjunction with the museum’s 100th anniversary. The focus of the display is McCracken’s early life.

“What he really wanted to do was have adventures for museums,” said Mary Robinson, Housel Director of the McCracken Research Library.

Robinson developed the exhibit on the man for whom her library is named and who is one of the most important figures in the museum’s development. McCracken stocked the walls of the Whitney Galley of Western Art and became director of the center.

“He was irascible, and fascinating and opinionated,” said former U.S. Senator Al Simpson, a longtime member of the board of trustees.

It is not far-fetched to suggest a McCracken kinship with Indiana Jones. He was a daring explorer working on behalf of museums before going behind a desk.

Young Harold dreamed of doing things that were not possible in Iowa.

He sought wild country and left home by train at 18 in 1913 to find some. For a time he lived with relatives in British Columbia.

McCracken did not visit a school house until he was 9, got kicked out at 18, didn’t fare well at Ohio State, but had a thirst for knowledge.

Enthralled by museums, McCracken developed a scheme where he could retrieve field samples from the wild.

“Wanderlust and a desire for adventure was inherited from my Scotch ancestors,” McCracken wrote in his 1968 autobiography, “Roughnecks and Gentlemen: Memoirs of a Maverick.”

McCracken wrote to famous people to ask how important a college education was to success in life. The only one who wrote back was famed author Jack London, whose works stoked the imagination about Alaska.

McCracken wrote essays and poems, but the submitted magazine material bounced back as swiftly as if he had forgotten to put a stamp on it. Enrolled in the Ohio State school of journalism, authorities decided he had no future as a writer.

Goppert Hundstedt said McCracken did not brag about his accomplishments, but told the children how he was motivated by his mistakes.

“He became who he was not by accident,” she said, “but by intention.”

Fascinated by Alaska and not dissuaded by writing and school setbacks, McCracken pointed his compass north. He was 22 and wanted to hunt grizzly. That meant shooting them, but also retrieving specimens for what he hoped would be a new natural history museum at Ohio State. The museum plan, and a job for McCracken, fizzled.

An Ohio newspaper listed McCracken as leader of a wildly ambitious expedition featuring mountain climbing, a 400-mile journey through the Alaskan wilderness with pack horses, a bear hunt and scientific research.

In 1916, he departed the mainland United States from Seattle by ship, the S.S. Northwestern, gazing at the surroundings from the deck.

“The voyage up the Inside Passage was the beginning of a wonderful dream coming true,” McCracken wrote in his autobiography.

There were cracks in McCracken’s plans. He was underfunded and a cheechako, a naive newcomer, in a harsh land.

In that autobiography (dedicated to his five granddaughters), McCracken wrote of hooking up with his guide, Captain Jack Hubrick and cook, Jimmy-the-Bear, who obtained the nickname after stumbling into a wilderness cabin and surprising a mother bear and two cubs.

McCracken was packing a high-powered Savage rifle when the group entered the Chitina Valley after departing the copper mining town of McCarthy.

While glassing a herd of sheep, McCracken’s eyes alighted upon a grizzly.

“I trembled with excitement and indecision,” McCracken wrote.

When the bear moved away, McCracken stalked it alone, to within 30 feet. The bear sprang to its feet as he fired. It took six shots to kill it.

“To kill a grizzly is to most hunters the paragon of hunting accomplishments,” McCracken wrote.

That was a high point of his journey. When McCracken wired Ohio State for more money he was informed none was available.

He was stranded in Seward, where he hoped to disembark for the Alaska Peninsula and its big grizzlies. This, said Goppert Hofspedt, was one of those failures he recouped from.

Rather than retreat to the Midwest, McCracken found work passage on the S.S. Dora, a ship 112-feet long and weighing 320 tons which plied the Arctic.

The Dora was denigrated “The Dirty Dora” because its passengers included cockroaches and rats.

McCracken survived the hard labor to thrive in the north country.

“He loved bears,” said Leo Platter, 73, of Cody, retired from a 40-year career at the Buffalo Bill Center. “He loved Alaska. We would be working on a display and he would tell stories about them.”

Reports of his death are

Storytelling was a McCracken specialty.

Despite the rejections of his youth, McCracken wrote 35 books. Many were about bears and Alaska, including “The Beast That Walks Like Man,” the only one of his presently in print. He also wrote on other Alaska mammals and Native life.

McCracken filmed silent pictures and worked for Pathe News. Sometimes he strapped himself onto the wing of a biplane to film and once had his obituary reported after a crash. Like Mark Twain, reports of his death were greatly exaggerated.

It was McCracken’s habit to write for two hours a morning around dawn.

“I sharpened his pencils and I put them in a can,” Goppert Hofspedt said. “He taught me how to write.”

McCracken wrote with his legal pad leaning against wife Angie’s sweater board on his lap.

Her grandmother’s family warned against marrying McCracken, but she waited for him. Goppert Hundstedt thinks the letters were persuasive.

One fan of McCracken’s western art books is Peter Hassrick, 76, director emeritus of the Buffalo Bill Center. Hassrick began working there in 1976

“His style was so easy to read and engaging,” Hassrick said of the books, “he attracted a lot of attention to western art. We owe him credit.”

Founded more in theory than substance in 1917 after William F. “Buffalo Bill” Cody died, with the aim of perpetuating his memory and commemorating the Old West, the center expanded gradually.

In 1959, the museum was searching for someone to oversee a new Whitney western art gallery, which graduated into a museum itself with the Center’s walls. Sculptor Gertrude Vanderbilt Whitney had been a benefactor, creating the famed massive Buffalo Bill statue “The Scout” and donating land for a larger museum. Her son Cornelius donated $250,000 to establish the gallery.

When McCracken was hired, the then-named Buffalo Bill Historical Center was a shoestring operation. Yet it was an exciting time to be part of an ambitious venture.

Patty Eagler Brooks worked under McCracken for two years in the early 1970s when the museum was shifting from its original log cabin.

She was young and nervous, but “Doc Mac” was always kind, even when she messed up typing letters. He pointed to the stack of carbon paper boxes as reassurance, but said, “I hope you don’t have to use it all.”

Brooks – who yes, remembers those cigars well – said McCracken was businesslike when he needed to be, but also charming and funny.

When the museum acquired an Amelia Earhart flying jacket, Brooks tried it on as McCracken estimated the proper mannequin size. She was also victimized by the occasional practical joke. Brooks owns an autographed copy of McCracken’s autobiography, and said, “If not for him they wouldn’t have that museum.”

Leo Platteter said he was one of six workers when he started at the museum in 1967 and McCracken was a great boss.

“I hated to see the day end,” Platteter said.

To Simpson, McCracken was an astonishing miracle worker, somehow on a tiny budget lining the Whitney walls with Remingtons and Russells after cutting deals with New York dealers.

“He was our savior,” Simpson said.

In a 1970 Denver Post magazine story, McCracken called starting the Whitney from scratch “the most gratifying thing I’ve ever done.”

To some that may seem a surprising statement given the breadth of McCracken’s achievements. But the maverick and roughneck of Alaska days also knew his way around the gentlemen of the monied art world.