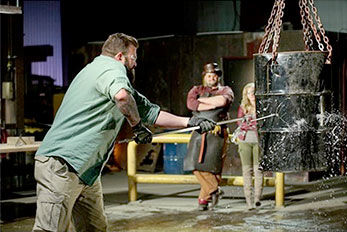 A scene from the upcoming first season of “Master of Arms,” which debuts in November. 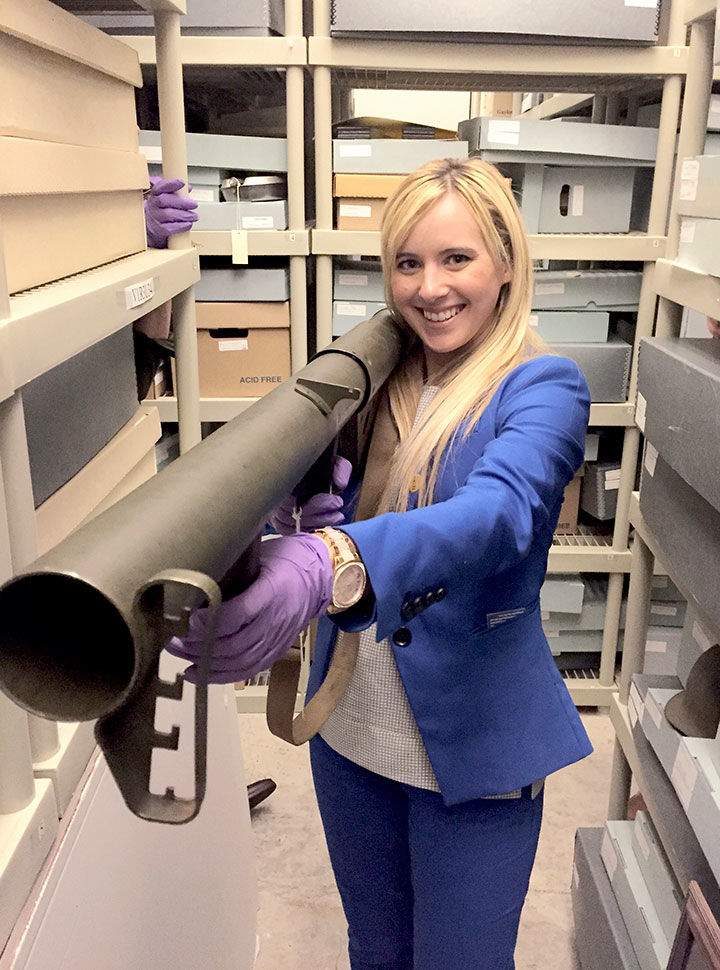 Ashley Hlebinsky is the curator of the Cody Firearms Museum at the Buffalo Bill Center of the West. She is one of three judges on a new Discovery Channel show.

A scene from the upcoming first season of “Master of Arms,” which debuts in November.

Ashley Hlebinsky is the curator of the Cody Firearms Museum at the Buffalo Bill Center of the West. She is one of three judges on a new Discovery Channel show.

Ashley Hlebinsky is into guns the way some people love sports memorabilia – as objects of fascination and historical value.

The curator of the Cody Firearms Museum at the Buffalo Bill Center of the West supervises the management of thousands of guns and regularly writes articles about weaponry.

Now she could become a household TV star through a new

The show has the potential to be seen in 100 million homes in the United States.

Hlebinsky is one of three officials in the eight-episode series who will pass judgment over three contestants vying for a $10,000 prize and the “Master of Arms” crown as they attempt to recreate weapons of the past.

“Over the course of history, skilled craftsmen helped shape the fate of mankind by constructing the most iconic weaponry known to man,” a Discovery Channel statement said.

“Centuries ago, the greatest empires leaned on the  backs of weapons craftsmen to create the blades, bows and ballistics that would win wars and alter history forever.”

During the show competitors make firearms of the frontier and blades of the Vikings.

Historical weapons are topics very much within Hlebinsky’s wheelhouse and her judging role will focus on that aspect of the recreations.

Hlebinsky said she was approached about her interest last year.

“In January, it came together,” she said. “It all happened really fast.”

The other two judges are Nicholas Irving, a former sniper, and Zeke Stout, an expert at a gunsmithing school.

In each episode, participants take on different challenges under specific parameters assigned. They spend a few days on camera making a weapon of the past.

“The neat thing about the show, it was pulling at my area of expertise,” Hlebinsky said.

Besides her long-acquired knowledge, Hlebinsky said she did some reading to brush up on armament historical facts.

“Oh, my gosh, it was so much fun,” she said. “I really enjoyed it. As an historian I have shot a lot of guns. This is the first time I’ve had the chance to watch craftsmen every day.”

While the champs earn cash, they do not receive a Masters of Arms title belt like boxers.