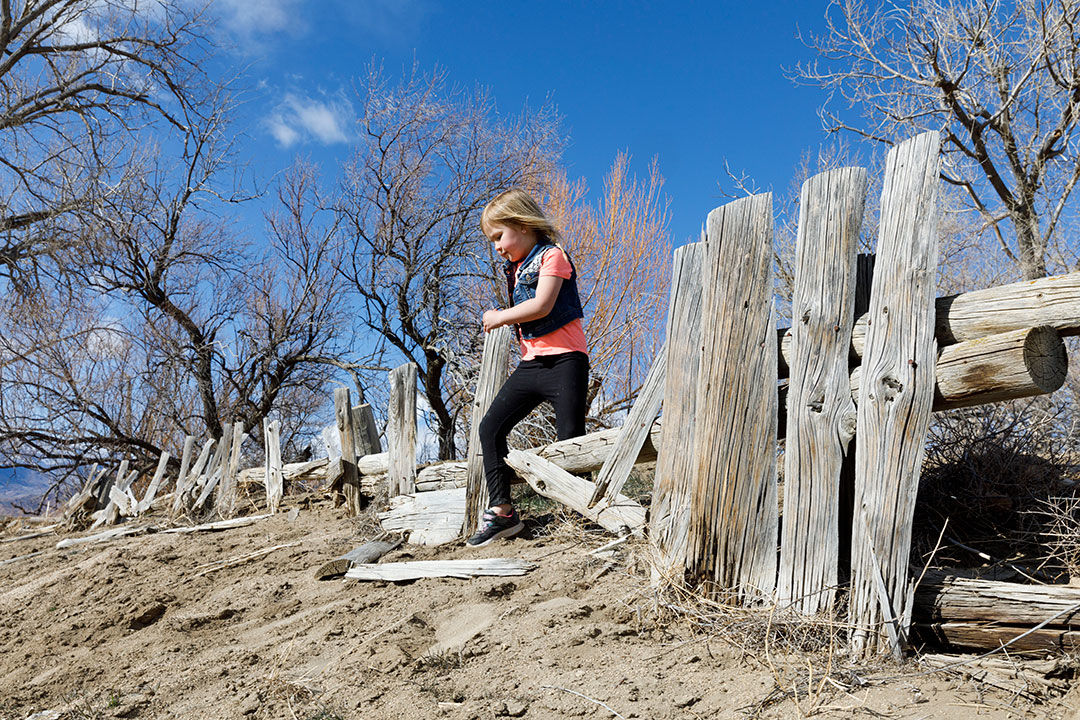 Delila Bieber, 5, looks for a COVID-19 treasure hunt package in Clark on March 29. 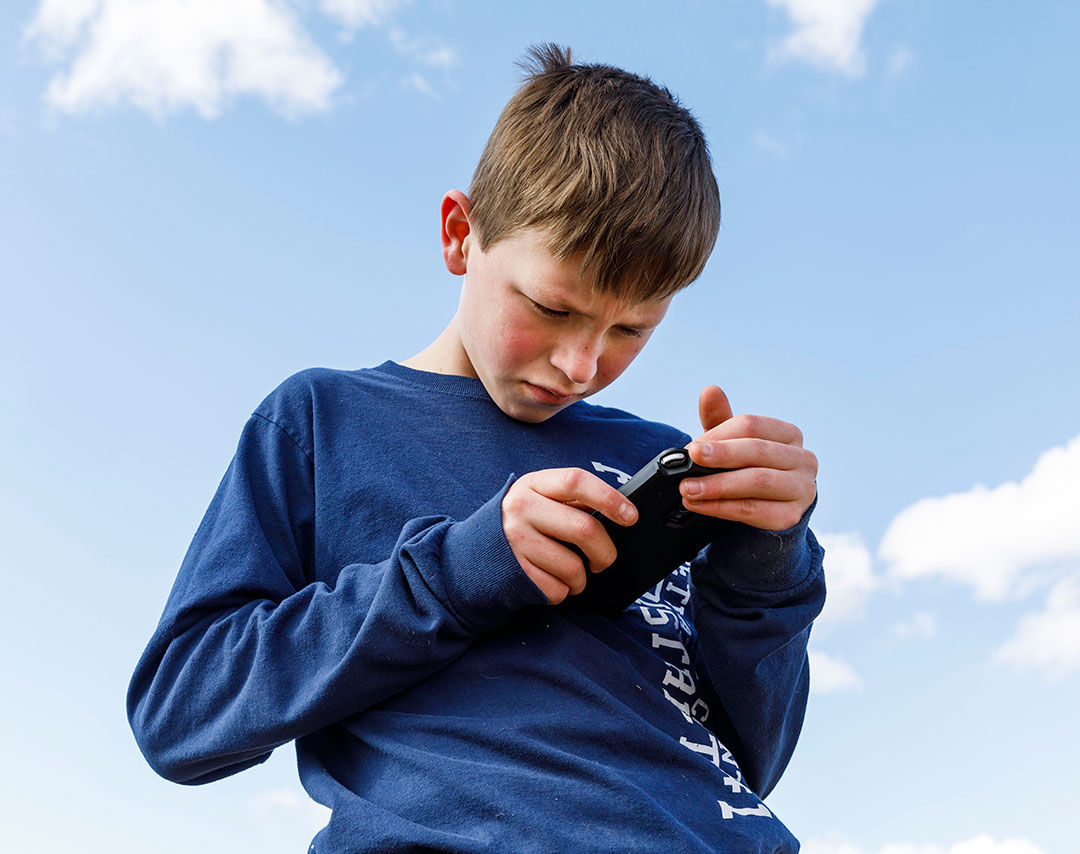 Dominik Bieber, 11, reads clues on his mom’s phone. The COVID-19 Treasure Hunt group on Facebook has hidden treasures all over the Big Horn Basin.

Delila Bieber, 5, looks for a COVID-19 treasure hunt package in Clark on March 29.

Dominik Bieber, 11, reads clues on his mom’s phone. The COVID-19 Treasure Hunt group on Facebook has hidden treasures all over the Big Horn Basin.

Even though the COVID-19 self-quarantine is limiting people’s contact with each other, that doesn’t mean there’s been none. Not only have people been able to keep in contact with others via social media, but social media has granted people a fun opportunity to interact with one another, if indirectly.

The COVID-19 Treasure Hunt group on Facebook has hidden treasures all over the Big Horn Basin as a way to encourage families to go outside and enjoy the Wyoming environment and to promote outdoor entertainment and health. The group was started by Cody resident Joe Kondelis, who said he is glad to live in an area that, in situations like this, offers beautiful outdoor locations to hike through for those who feel cooped up.

“It was kind of a spur-of-the-moment thing,” Kondelis said. “I woke up and looked at my Facebook feed and saw so many people commenting on how tough it is to be stuck at home, or how difficult it was to entertain kids, or that they were bored. I also was seeing so much negative stuff from the news and social media outlets that I thought to myself, ‘Man, people just need to get outside, get away from the news and enjoy what we have here in Northwest Wyoming.’

“We live in an absolute paradise for outdoor recreation and there are a lot of folks that may not know of places to hike or of some of the historical sites close to town that they could go explore.”

Two weeks ago, Kondelis withdrew $100 from an ATM and put it in a plastic container, taking it a petroglyph site in Oregon Basin where he hid it. Kondelis was inspired by his hike to the site last year, and his desire to share it with more people. The social media reaction was somewhat overwhelming, he said, leading to the official creation of the Facebook group.

“I basically went out and put the treasure there and filmed a video and posted clues,” Kondelis said. “I posted that to my Facebook page and it exploded in hours. I had no idea it would take off like that. It was over 100 shares in no time and lots of folks where in on the hunt. It got so big, a lot of friends and family said I should do another or create a separate Facebook page where we could do more of these treasure hunts.

“I really didn’t think it would have that big of an impact, but the comments from everyone were so genuine and everyone was so grateful it just made me feel really good that something small like this could put a smile back on people’s faces in these tough times.”

Kondelis said the money part of the treasure hunt was less about making people compete, and more about presenting a gift to people who are struggling during this time. What surprised Kondelis, however, was that people more often than not added money to the treasure, or took a portion and hid it elsewhere, to keep the game going for everyone.

“My hopes were they would take the money and spread it out in the community, supporting local businesses who are really struggling right now,” Kondelis said. “They need the help of all of us to continue. I think about how important those businesses are to our community and really wanted to help them if just a little.”

People have done a lot to keep the fun going.

“We actually had a few folks and families find the treasure Sunday morning and in such a thoughtful gesture added money to it and didn’t take the original $100,” Kondelis said. “That was remarkable to me, the generosity and kindness in this community just has no bounds.”

Jennifer Bieber and her family were among the first people to find the treasure in the Oregon Basin. Others who had found it first had added money to it, and Bieber’s family continued this by separating the money into two separate treasures, one of which would include a package of what Bieber said she thought was a hot commodity – toilet paper.

“My family and I found the original treasure last Sunday (March 22),” Bieber said. “We were actively looking for it after seeing the video and clues posted on Facebook. We thought if nothing else, we would at least see a new area we had yet to explore. Which we did and it was a really amazing place.

“When we found it there was $120 in a jar. The amount had changed a couple of times as some people added and took from it. We thought it would be funny to add toilet paper to the loot as well but upon finding it we decided to leave the TP with half the money in the same location and took the other half with the original jar to hide elsewhere in hopes to keep the fun going.”

Bieber originally had trouble finding a place to hide the treasure, only deciding on a suitable place last past weekend. Meanwhile, others had joined in the treasure hunt and started hiding things, continuing the hunt longer for everyone.

“We tried a couple of places that day but found issues with accessibility,” Bieber said. “We have a place in mind but will not be able to re-hide it until the weekend. But we love that other people have joined in and now there are multiple treasures out there.

“We really are fortunate here in Wyoming that being ‘socially distant’ doesn’t necessarily mean we have to stay cooped up in our house. And I really applaud Joe Kondelis for starting such a wonderful and uplifting activity.”

Some businesses are adding to the treasures. One of these is Libations, a liquor store still operating through its drive-thru window, since one of the original treasure seekers used $50 to spend at local businesses, as Kondelis had suggested.

Out of gratitude for the support, Libations donated gift cards to the treasure hunts, more of which are going on in the Cody area and now the Lovell and Powell areas as well.

For information and clues to the treasure hunts, join the COVID-19 Treasure Hunt Facebook page.