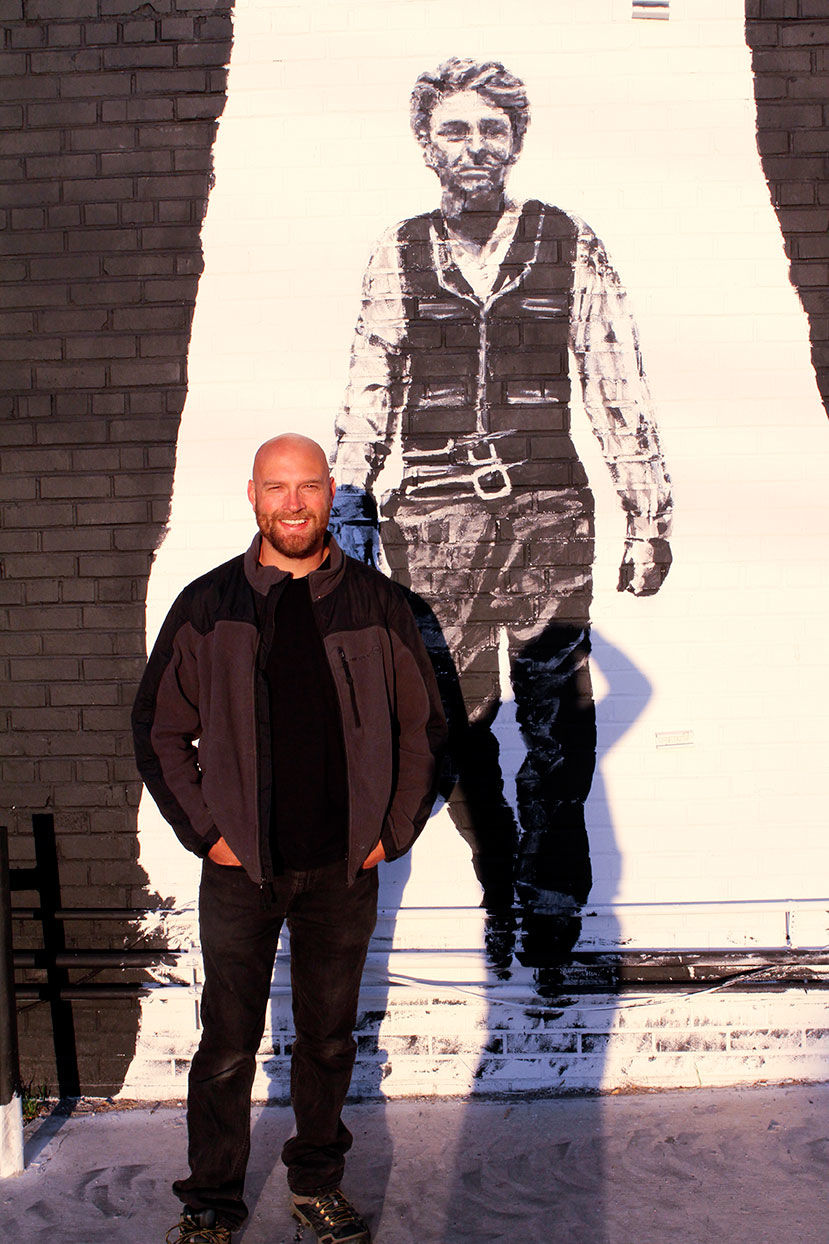 Brian Timmer stands alongside the mural he did on the east side of a downtown building. The mural includes an image of outlaw Earl Durand set in a duel scene. 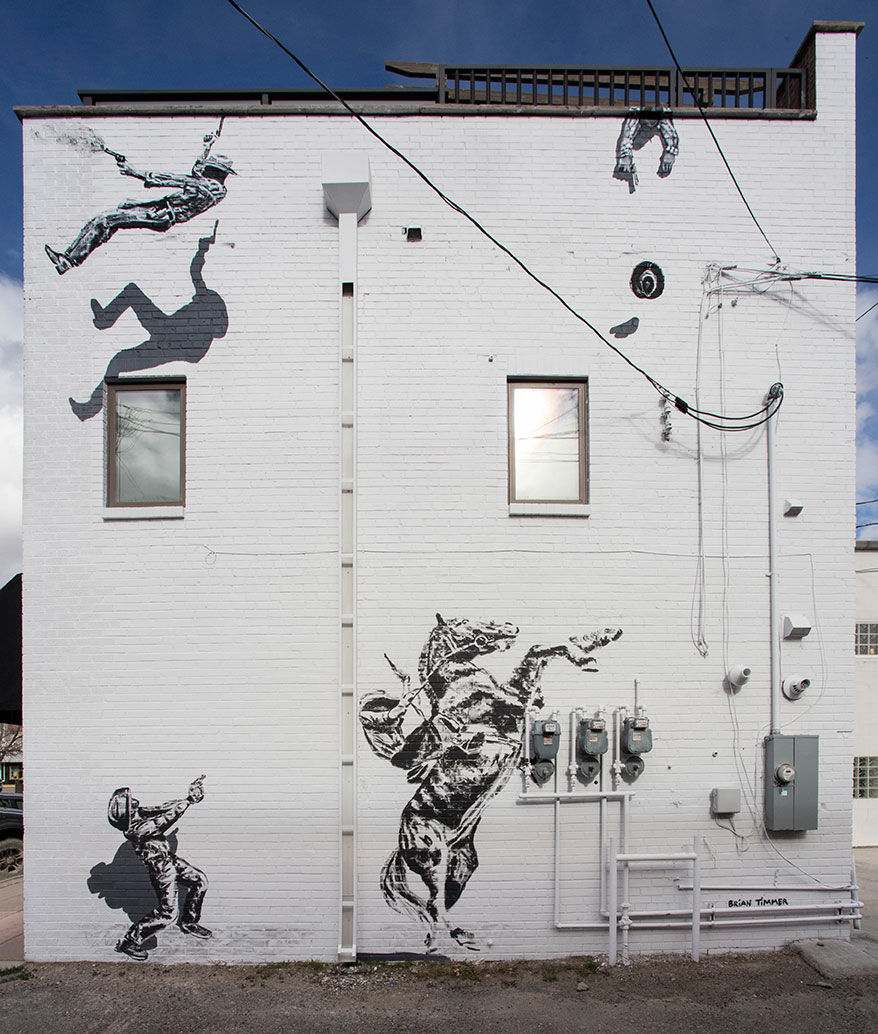 A shootout scene graces the south side of a building on 12th Street in downtown. 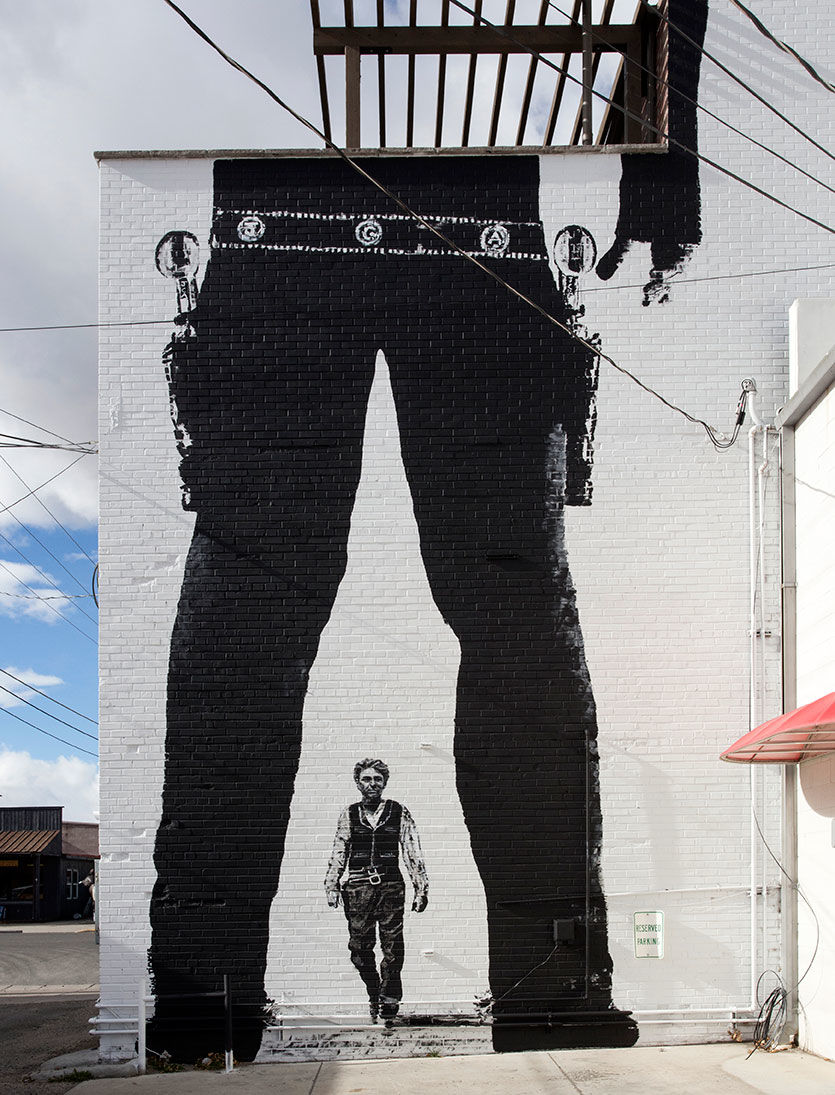 Brian Timmer stands alongside the mural he did on the east side of a downtown building. The mural includes an image of outlaw Earl Durand set in a duel scene.

A shootout scene graces the south side of a building on 12th Street in downtown.

Outlaw Earl Durand is something of a regional legend due to his early-20th-century escapades.

When Brian Timmer arrived in Cody from Lawrence, Kan., in June, he soon learned about Durand. In 1939, the Powell man escaped from jail and killed four officers in the course of resisting capture during an 11-day manhunt. He died in a shootout during a bank robbery in Powell.

Now Durand’s also the answer to the trivia question, “who’s on the downtown mural of the Old West duel?”

Timmer, a painter with a more impressionist style and a taste for large canvases likes that his murals leave room for debate and questions, not the least of which is, “where are they?”

The two tall murals cover two sides of a building on 12th Street. Building owner Josh Allison commissioned Timmer to paint murals on the building sides with the vision of adding some flair to the alley between 12th and 13 streets.

“He showed me the artists he enjoyed,” Timmer said. “A lot of contemporary western stuff.”

Timmer channeled the energy of the Old West – and the 1952 movie “High Noon” – and set forth to paint first the scene of a duel, with the opposing gunslinger seen smaller in the distance through the legs of the one in the foreground.

Timmer didn’t just want all nameless characters on the buildings – he wanted local legends. He started thinking with the obvious – Buffalo Bill – but said that didn’t fit.

“Then I started finding out about Earl Durand,” he said. “(The mural) is not straight historical, but it’s different. So I put Earl Durand in it just for fun.”

On the adjacent wall is the scene of a shootout, with one participant even falling from the building.

They were the first two outdoor murals Timmer has done, and he said he’s still amazed with how many people continue to tell him how much they appreciate them.

Timmer, who’s wife Betsy is also an artist, grew up in Michigan. The couple had been living in Lawrence with their two sons.

There, Brian did a mural inside a bar themed around prohibition.

Eventually they set their sights on Cody.

“We had been talking about coming out here for at least two years,” he said, adding his brother-in-law lives in Powell. “It’s an inspiring place. The landscapes are super inspiring.”

His studio on Sheridan shares space with Budget Blinds and is already filling up with many of those inspiring landscapes, from the Wind River Canyon to the view from Rattlesnake Mountain.

He doesn’t have many portraits or scenes with people in general, but people were key to the outdoor murals, which also depict some of their shadows.

To correctly capture the shadow of the man falling from the building in the second mural he had his brother-in-law put on a harness. He was then suspended and posed for a picture.

Timmer said he likes his work being out for the public to see, even if you have to walk down an alley to get a good glimpse.

“I think that’s where the phrase hidden gem comes from. It adds to the character of a town,” he said. “It makes people proud of where they live.”