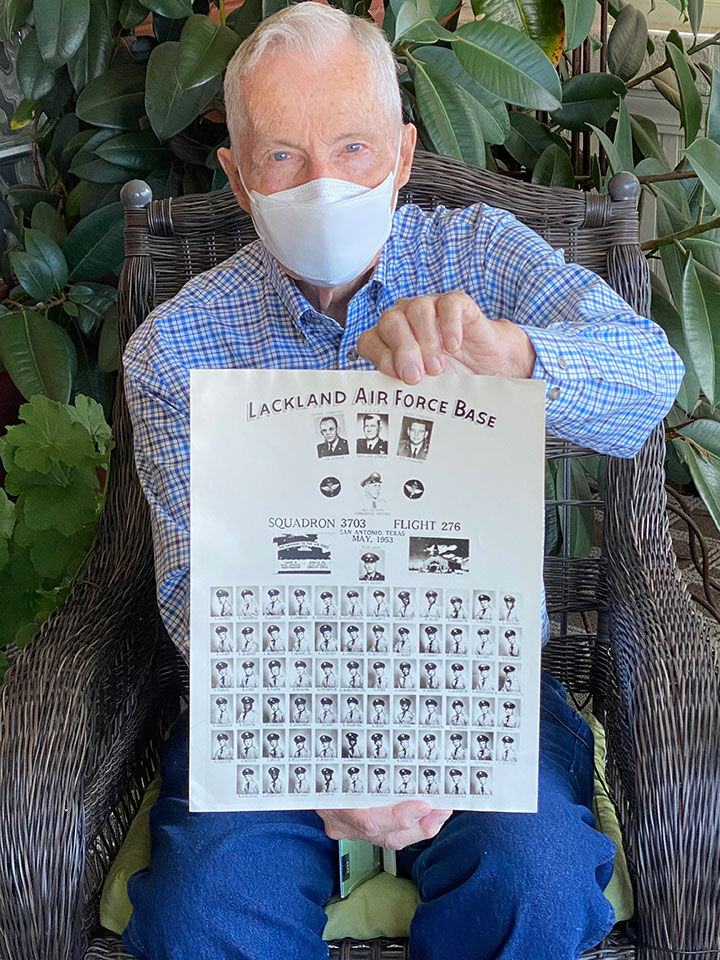 Bill Sheets holds up a sheet with a picture of himself in uniform (courtesy photo). 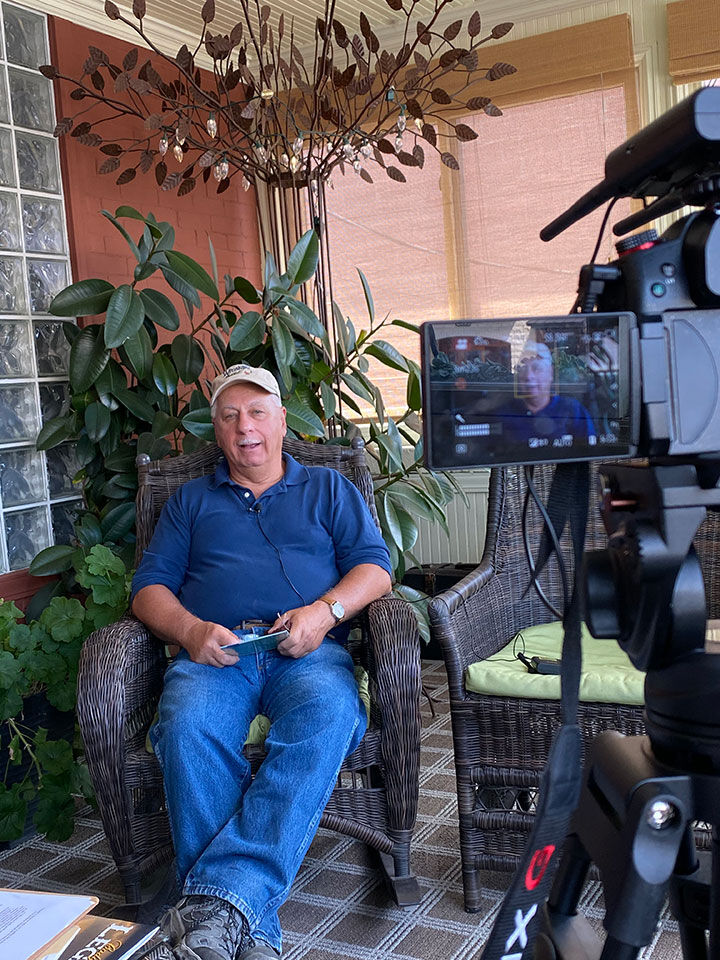 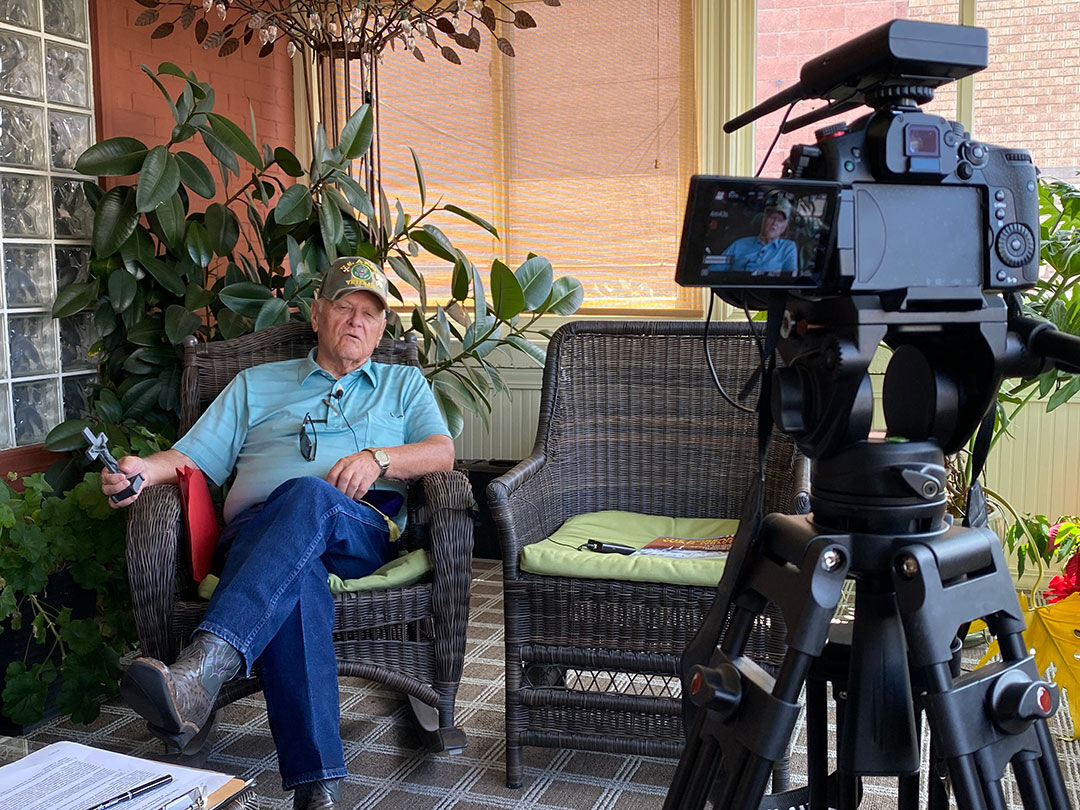 Bill Sheets holds up a sheet with a picture of himself in uniform (courtesy photo).

Several Korean War and postwar rebuilding veterans had the chance to tell their stories last summer to help a Korean-American put a new angle on the history of what has been called the “Forgotten War” and its triumphant aftermath.

The project was brought to life by Jongwoo Han, president of the Korean War Legacy Foundation, who is trying to change the narrative around the war and highlight the NATO soldiers, the bulk of which came from the U.S., when protecting the new democracy of South Korea.

The war secured the Republic of Korea, and afterward the U.S. helped to build up the new country.

“From the ashes, we built the eleventh largest economy in the world,” Han said. “That’s why the Korean people think of the war as a watershed moment. That’s why Korea should be thankful.”

Han, a professor at Syracuse University, is doing his part by traveling the world to find veterans who fought with South Koreans and is recording their stories as part of a new school curriculum on the war, focused on the perspective of those who took part in it.

“We diminish the struggles of the veterans and civilians who perished in the war’s wake by refusing to recall history accurately,” he said. “The Korean War was one of the most vicious, dreadful wars fought in the 20th century.”

Veteran Jack Martin, who served on the peninsula after the war as part of the large force of troops defending the country, took Han around to interview many local veterans. Martin said it was a pleasure for them all to talk about their service and the country they grew to appreciate as they defended it from the North Koreans and eventually the Chinese army.

“Korean [War] veterans have warm thoughts of the country,” he said. “It’s like their second home.”

He also talked of the destitute state of the country when most of the soldiers went through during their service. Han said those who have gone back have been able to see the fruits of their labors. He said the war also had a massive impact on Americans back home.

“To simply reference the Korean War as a ‘turning point’ in American history would be an understatement,” he wrote in explaining the project. “The events that took place on the Korean Peninsula immediately after 1945 defined an era of global interaction, and led to the bifurcation of the world into two spheres.

“If one really considers the scale and impact of the Korean War, calling it simply the ‘Korean Conflict’ is not only a misnomer, but an insult to those who lost their lives on the Korean Peninsula during that time.”

To show the truth of the war’s impact, he has been turning the lens of his camera on those who lived it. In two days in Cody, with the help of Martin, Han interviewed eight vets about their experiences in the country.

He said the ultimate goal of the project is not just to digitize the past, but to engage the younger generation and prevent the Korean War from becoming truly forgotten.

Taking advantage of the fact that there are still more than 2 million veterans of the war left in the U.S., Han’s group will host a youth program and internship program for middle school through college-level students that will connect them with a veteran in their area.

Through this program, he is getting veterans to mentor students about the war and the lessons they took away from their experience – which students will put to use for projects during their program – and students will have the chance to use the program to upload more of their veteran’s information or artifacts online.

By the war’s end, territory gained by the U.S. and South Korea was minimal and the ceasefire treaty holding the 38th parallel remains today.

Now, Han is working to get students across the world to understand why that’s the case and the history behind it, through the eyes of the soldiers, some of whom are now in Cody.