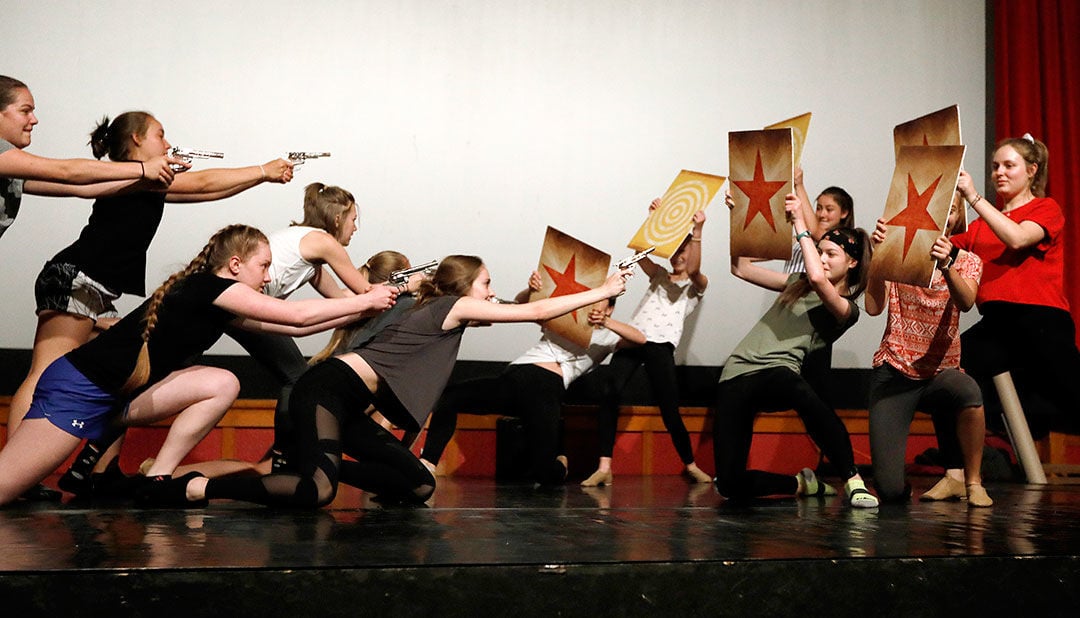 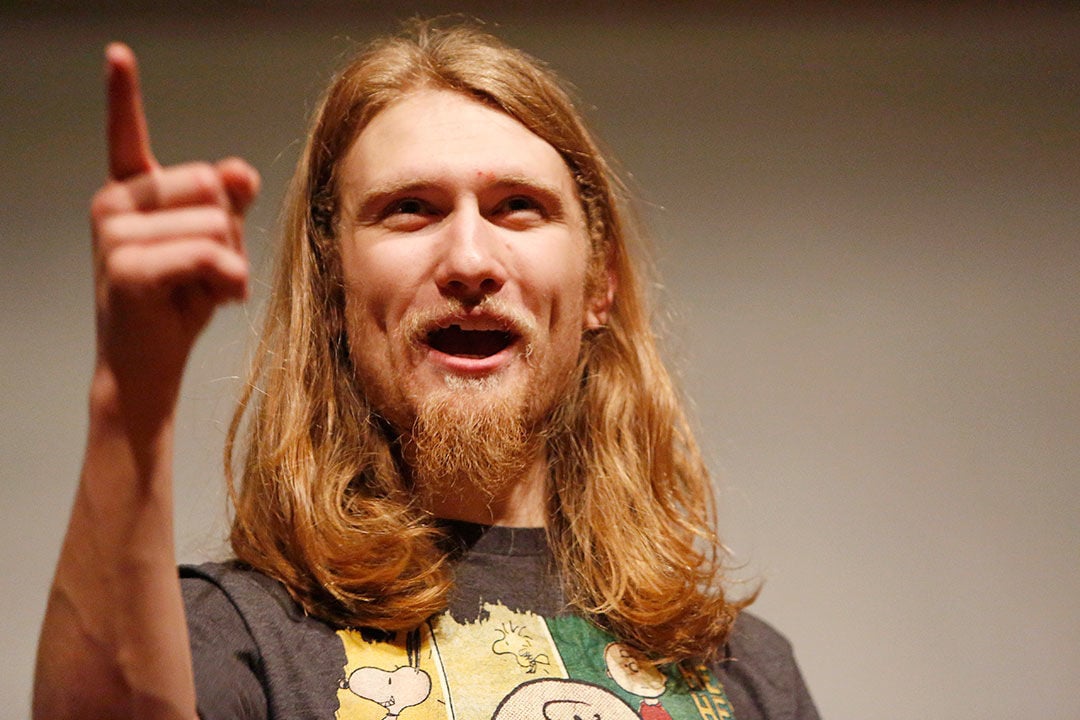 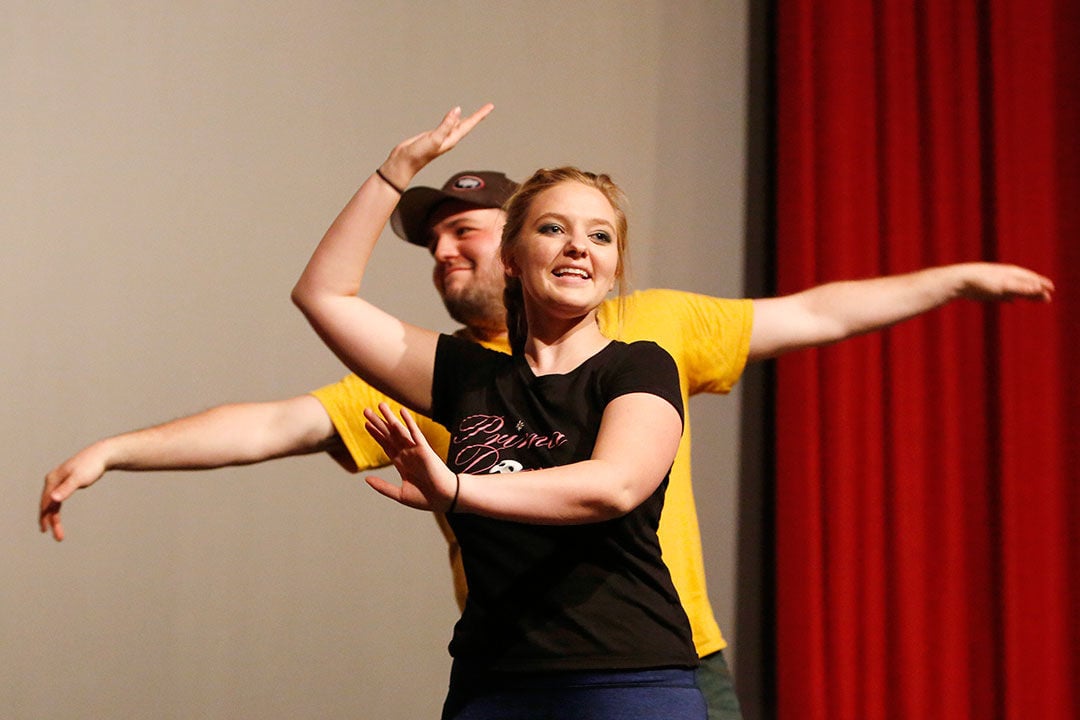 The Rocky Mountain Dance Theatre Wild West Spectacular opens to the public June 27. The show’s third year is bringing many new elements to the stage.

With a cast drawn from both local and visiting talent, the Wild West Spectacular is incorporating singing into the performance for the first time.

The show can be seen at the Cody Theatre on Sheridan Avenue. Performances are nightly, Wednesday-Saturday at 8 p.m., June 27-July 28. A couple of matinees are also planned. Two separate casts take part in the show, performing on alternating nights.

Elizabeth Fernandez is producer, primary director and choreographer for the production. Well-known in the Cody community for her work with Rocky Mountain School of the Arts and its yearly production of “The Nutcracker,” Fernandez has been at the helm of the Wild West Spectacular since the beginning.

“It’s always been a really fun show, but I think that adding singing changes the dynamic of the production entirely,” she said.

Work on the show has been ongoing for the last three months as the script was revised and the roughly 35 cast members and dancers learned their roles.

The script has seen many adaptations over those three years. Originally written by a pair of authors out of Laramie, Fernandez and various performers have made changes that have enhanced the show based on previous years.

“The first year it was basically a musical but with only dancing,” said Evan Wambeke.

Wambeke, a Cody native, will once again be playing the role of Buffalo Bill. He has been with the production since its first year and has made an effort to mimic the persona of the famed showman.

“We used to do stick-on mustaches, but this year I grew one myself,” He said with a laugh.

The second year saw an increased emphasis on the drama and acting side of the production. The introduction of songs this year has presented some challenges and necessitated a larger directing staff.

Larry and Alice Munari were brought on as acting and voice directors. The Munaris will also take part in the show itself, with Alice reprising her role as Louisa Cody and Larry playing the role of Nate Salsbury, Buffalo Bill’s producer and manager for the Wild West Show.

“The dancers are absolutely amazing,” Larry said. “We were hired to get the drama to just as good a level as the dancing so it’s a seamless production.”

“It’s great working with Liz because we don’t figure out everything for opening night and the keep it the same for the next five weeks,” Wilde said. “It’s always changing and keeping you on your toes.”

Part of the musical element of the production is the piano-playing prowess of Cynthia Kaelberer. Fernandez’s mother, Kaelberer is an instructor for piano at the Rocky Mountain School of the Arts. She will be accompanying the performance.

“My favorite thing about the production this year is the humor,” she said. “There’s also a much gentler approach to the relationship between Bill and Louisa and who they are as people. There are some poignant moments for sure.”

Lighting and effects expertise are provided by Charles Houghton of the University of West Florida. Houghton has been instrumental in the Nutcracker productions during the winter months as well.

The costumes for the show come from a plethora of sources. Mariachi dresses from Mexico and boots from Bargain Box will share the stage on opening night.

“We have a lot of costumes custom-made for the show. They come from all over,” Fernandez said.

Hunter Fernandez and Emma Andreasen both play the role of Annie Oakley.

Hunter is Elizabeth Fernandez’s stepdaughter and has been involved with the production since its early days.

“I did a few small parts in previous years, but playing Annie has let me get to know the cast a lot better. It’s like a family, “ she said.

Andreasen is from Powell and enjoys the chance to spend the summer on stage.

“I’ve danced the last three years,” She said. “I can’t get enough of performing so the opportunity to do this almost every night is a dream come true for me. It’s the highlight of my summer.”

Darby Johnson comes to the cast all the way form Florida and is taking up the mantle of Clementine, a New York barmaid who joins the Wild West Show for its European tour.

“She’s a special gal. When she makes her entrance you’ll know it,” Johnson said.

Johnson was first introduced to the production through Houghton, who is one of her professors at the University of West Florida. Johsnon has some roots in Montana and Wyoming from her early life.

“My family lived in Joliet, Mont. and Bighorn, Wyoming. I was excited to come back north where there’s that nice small-town feel,” she said.

Andrew Rossi brings his acting chops, fine-tuned in recent Cody Community Theatre productions, to the role of Wild Bill Hickock. This is his first year in the production.

“It’s always interesting to be part of something historic in Cody,” he said. “It’s a town named after such a huge personality. The chance to be part of that is irresistible.”