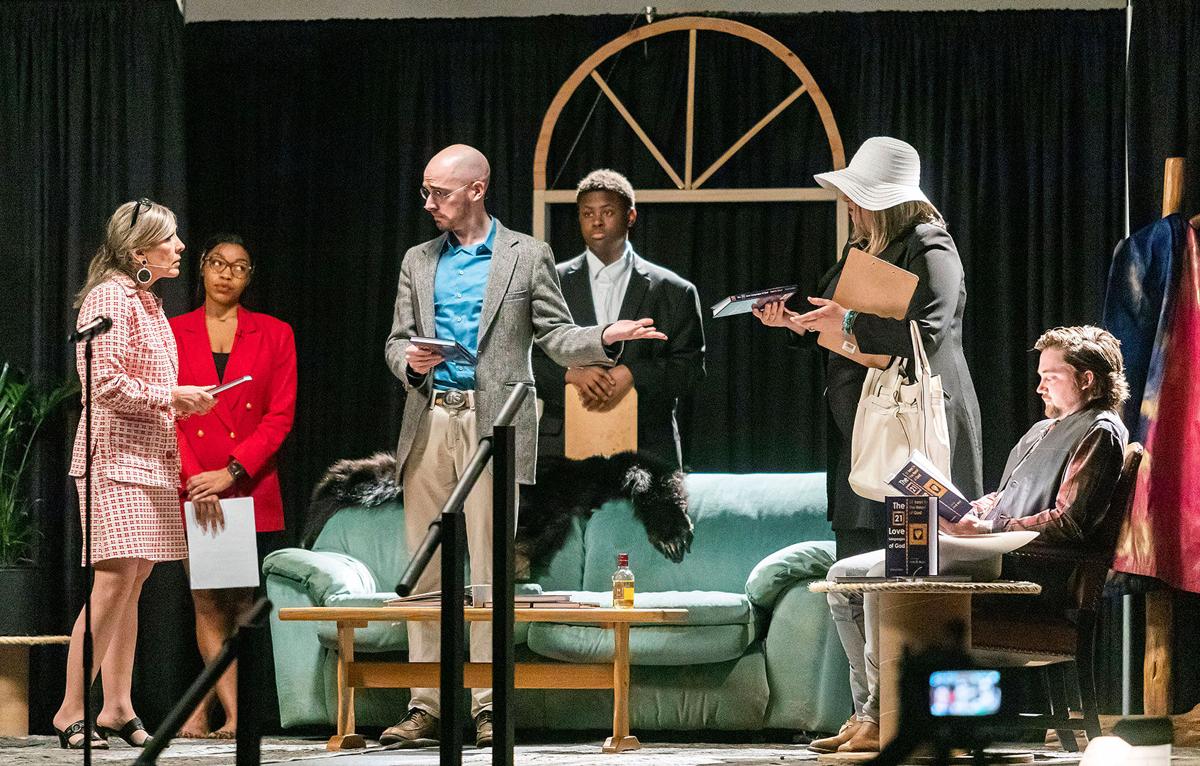 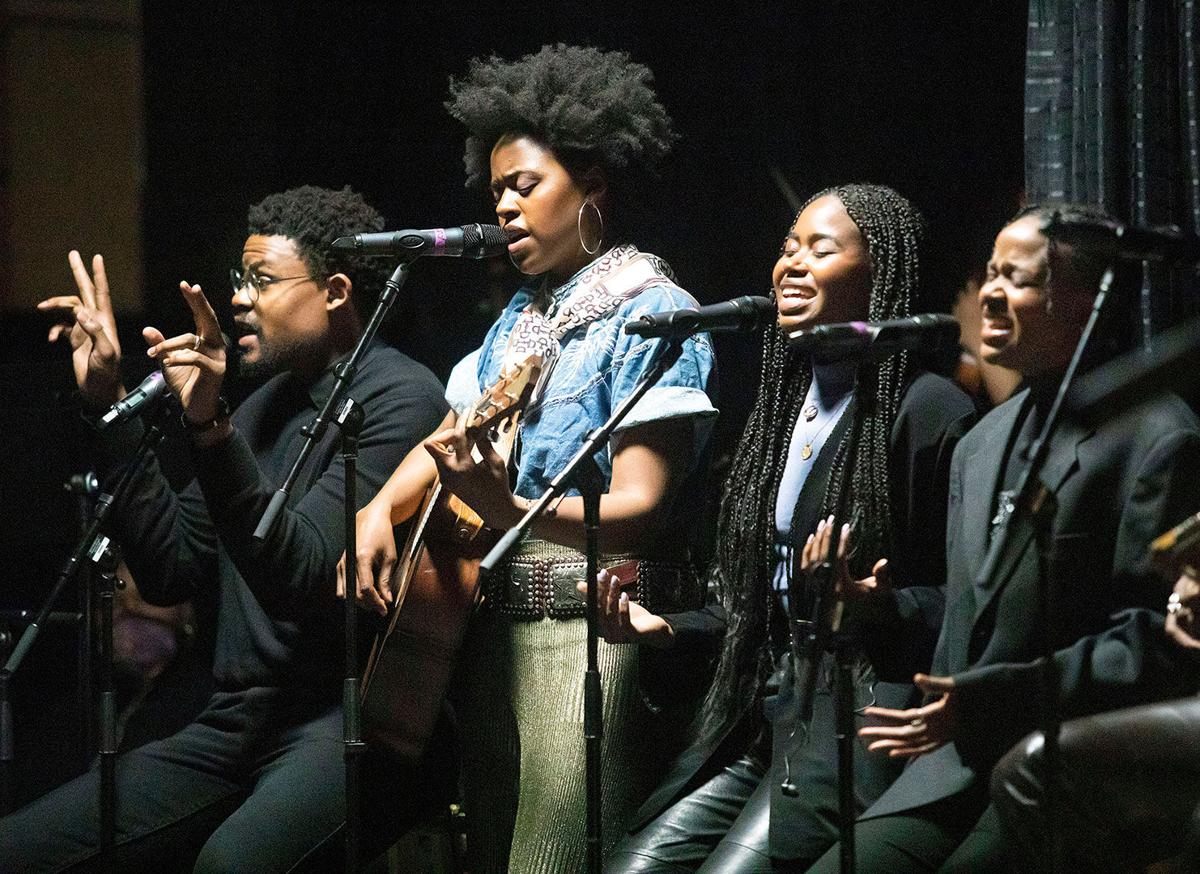 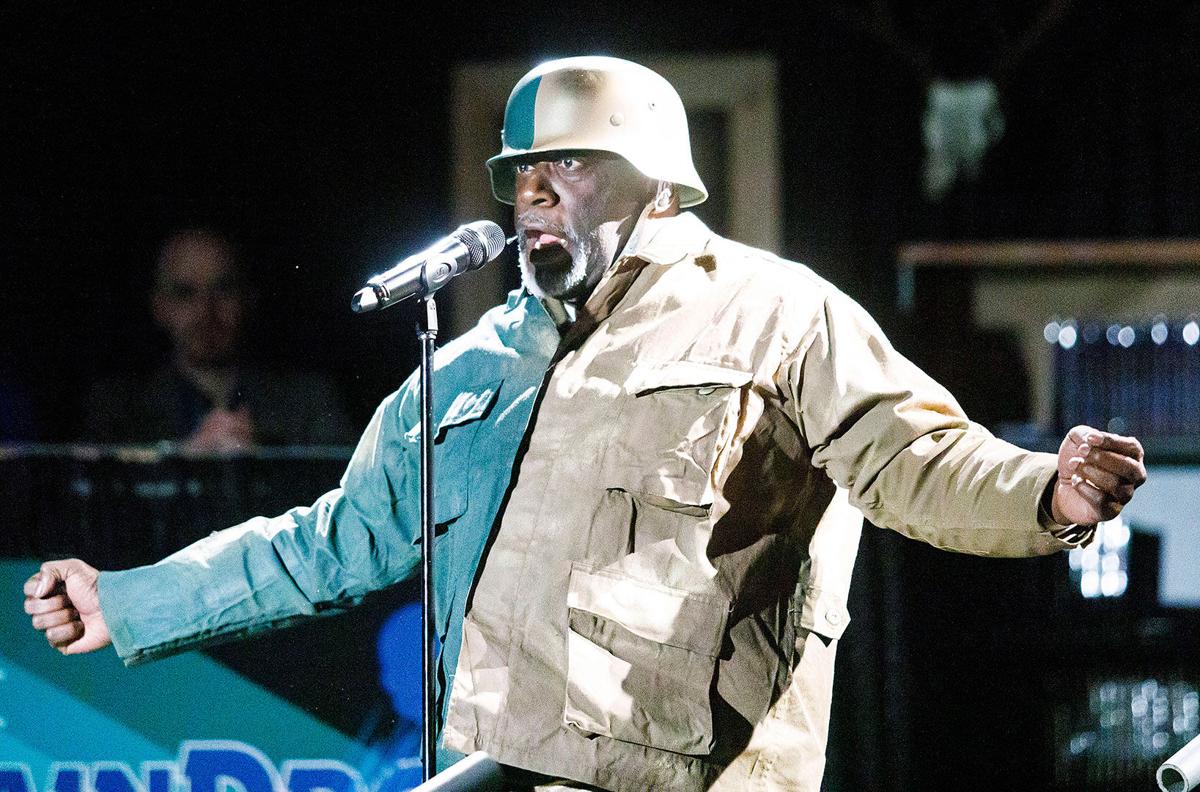 John Boyd starred in and produced “The Book From John.” 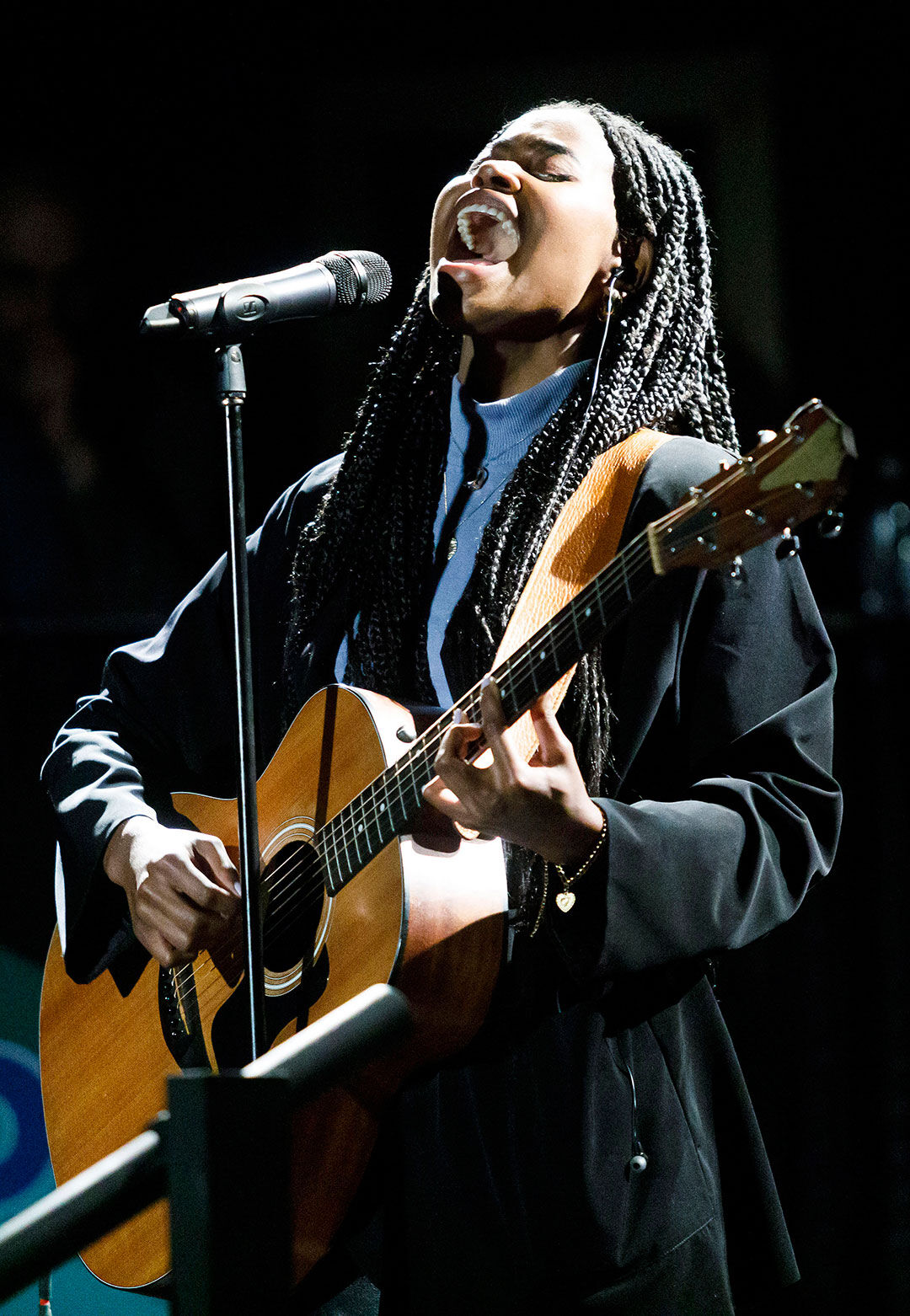 Momo Boyd performs in “The Book from John” musical Monday at the Cody Cattle Company.

John Boyd starred in and produced “The Book From John.”

Momo Boyd performs in “The Book from John” musical Monday at the Cody Cattle Company.

John Boyd may have just lived the most memorable year of his life and has even bigger plans on the horizon.

In early April, Boyd, a Cody gospel singer and composer, presented “The Book from John” musical at the Cody Cattle Company. Though he arranged the four-day show in the span of a month, he said the project was a culmination of his life’s work.

Boyd said he wanted to take a slice of Broadway and plant it in Cody.

The faith-inspired musical follows the journey and revelations of a man named John River, played by Boyd himself, who he describes as, “a rugged individualist.” No character was more attention-grabbing than that of River. He took the stage dressed in a Technicolor suit and hat, divided in vertical halves with two different colors, and paired them with a baritone voice.

The plot follows River as he talks with a therapist, who probes him with questions about his life. He learns through the course of the play, traveling along a meandering journey of heartfelt soul, gospel, and jazz, that he needs to be free.

“When I think about God’s grace, I have to go out there and sing,” River said, proclaiming in a booming voice, “I’m free” over a raucous backing track while dancers spun around him on the stage.

Boyd said although the musical isn’t intended to be a political commentary, it is a response to what he sees an overly pervasive sense of “political correctness.”

“There’s way too much attack on the First Amendment and I’m not down with that,” he said. “People don’t know what to say anymore. People are too easily offended.

“The First Amendment is not to protect polite speech.”

Boyd enlisted his children, five of whom make up the group Infinity Song, to help with the vocal musical arrangements. His daughter Victory Boyd, is a member of the group and was part of a team that won a Grammy for Kanye West’s “Jesus is King” album, for which she wrote and composed three songs.

Her solo in the musical, “Glory to God in the Highest,” offered the audience a chance to fully appreciate her melodic voice, which at times is reminiscent of early 2000s R&B star Macy Gray.

John Boyd called in a near-full orchestra to be the pit band for the show, composed of musicians from around the country.

The script was mostly improvised due to the last-second way the show was put together and the cast recruited. Cody locals Andrew Rossi and Kori Black made acting appearances as part of the “Rain Drops,” a three-person life-coach team River brings along “to bring him down.”

Boyd said he didn’t promote the recent showing much, as he wanted it to be a bit of a “test run.” This fall, he plans to unveil a much more refined version of “The Book from John” that will play on a larger scale but he also hopes with more local musicians.

“We thought it about it here, created it here, it’s going to be huge,” he said. “It’s all about that local synergy.”

The message of the play will stay the same: embracing God in one’s life above all else.

“I’m all about solutions at this point in my life,” River said during the play. “I want to light a candle, I’m tired of cursing in darkness.”

Boyd had a near-death experience last fall when he was severely hospitalized with COVID-19. At one point he said he was on 70% oxygen assistance. It took him several months to recover.

“The grace of God kept him alive,” Victory Boyd said.

He said he came out of this experience “swinging” and wrote his book, “The 21 Love Languages of God,” in a matter of months, which the musical draws from for many of its principles.

“The whole play is to bring the book to life,” he said.

Although he came to Cody to work for West as an advisor, Boyd is no longer in the role, but has no plans to leave anytime soon. Rather, he wants to keep growing The Boyd Group for Creative Solutions, the nonprofit he founded in Cody and to “collaborate and complement” on future projects with local businesses and musical acts. He said although he finds Cody to be a bit of a “bubble” sometimes, he also sees a lot of room for growth and development.

“I’ve seen the love of God come from people of this city,” Boyd said. “We need to set an example for the rest of the country. If we don’t do it who else is going to do it?”