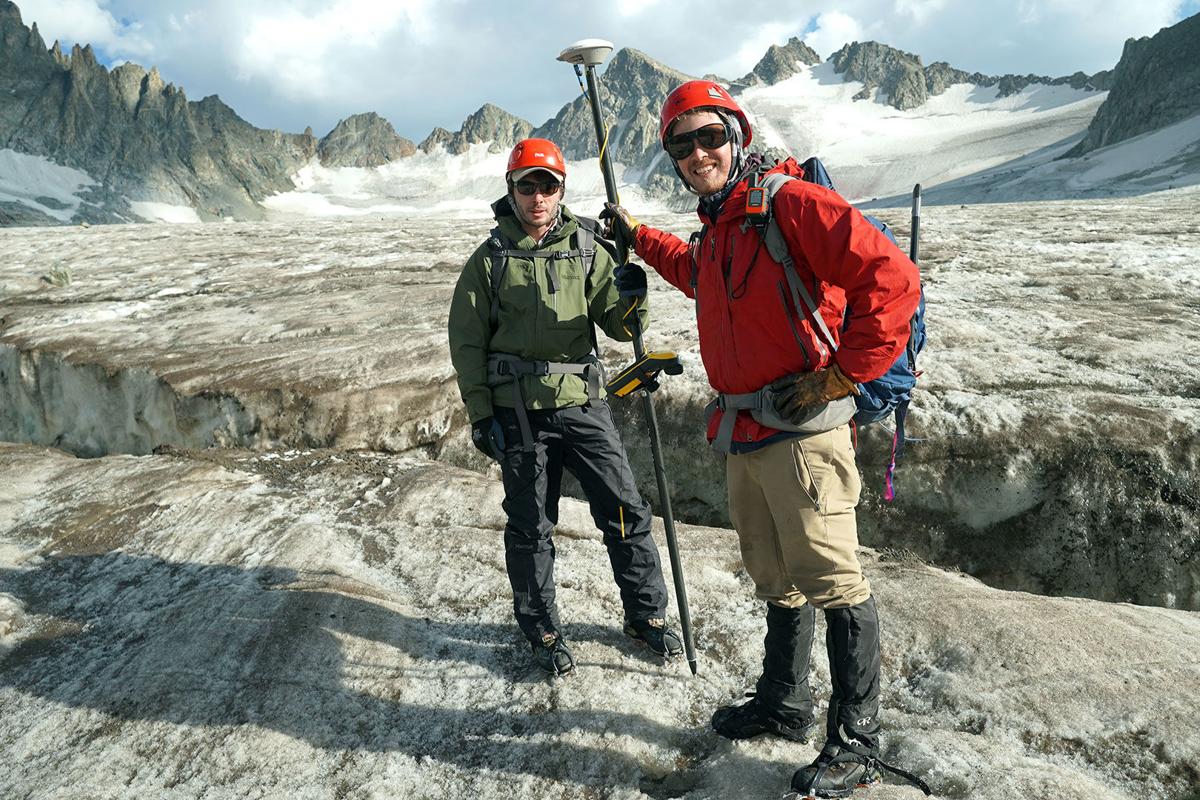 Trevor Bloom (right) monitors the Mammoth Glacier in the Wind River Mountains with Bridger-Teton National Forest geologist Justin Snyder. The glacier, which forms the headwaters of the Green River, has receded about 25% since 1936. 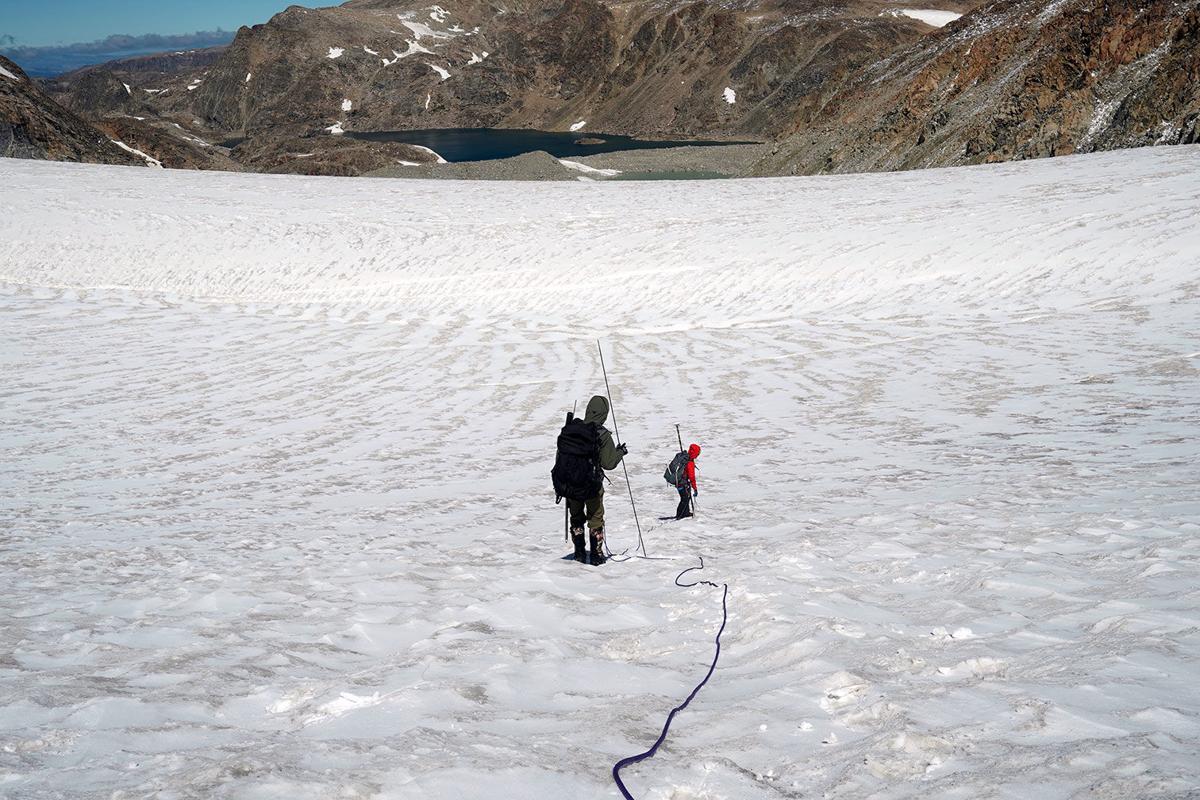 Trevor Bloom (right) monitors the Mammoth Glacier in the Wind River Mountains with Bridger-Teton National Forest geologist Justin Snyder. The glacier, which forms the headwaters of the Green River, has receded about 25% since 1936.

Notes about natural phenomena in Grand Teton National Park from the 1970s, compared to current conditions, reveal that ecological shifts are occurring in the northwest Wyoming. One change indicates the temperature has risen 2 degrees, resulting in less snowpack and earlier snowmelt along with more wildfires.

Community ecologist for The Nature Conservancy of Wyoming, Bloom delivered a Lunchtime Expedition program at the Buffalo Bill Center of the West in early December. He’s also a research associate with the Northern Rockies Conservation Cooperative.

While some of the trends looks dire, Bloom ended on a hopeful note that relies on citizen involvement.

His passion for science developed during his childhood in Jackson, once the home of legendary biologist Frank Craighead, whose observations in the 1970s formed the basis of Bloom’s phenological studies. Phenology is the study of the seasonal timing of ecological events, especially in relation to climate as well as plant and animal life.

During his near-daily walks in Grand Teton, Craighead took notes of the flora, which became the foundation for his book “For Everything There is a Season,” Bloom said. In the 50 or so years since then, spring now arrives about two weeks earlier.

“It’s powerful to stand in the same place where Frank Craighead did 50 years ago and see the changes in real time,” he said.

“Botany is like a party. It’s better if you know the names,” said Bloom, crediting a professor from his undergraduate alma mater, Lewis and Clark College in Portland, Ore.

From 2017-2020, Bloom made 48,000 plant observations, gathering information about the emergence of flowers, leaves and fruits and the durations of the phases. Then he compared the notes to determine phenological shifts over the last 50 years.

In the other groups, mid-summer blooms are about 10 days earlier, late-summer 2 days, berries 5-7 days, nonnatives about 2 weeks. Meanwhile, snowmelt is occurring 21 days earlier.

For example, he said balsamroot is blooming about 20 days earlier, which is “strongly correlated with temperature and snowmelt.” Yellow bells, which has roots that grizzlies like, bloom 18 days earlier.

“It’s fruiting when it used to flower,” Bloom said of the latter.

The phenological information will assist with the timing of seed collections and weed treatments and also indicate what species are doing well and what aren’t. He noted that spring flora, a critical food for sage grouse, pollinators and grizzlies, are more susceptible to frost damage from spring freezes when they bloom too early.

The big unknowns are the effects on wildlife, rise in phenological mismatches in the timing between blossoms and the arrival flower-dependent animals, and increased human conflicts, Bloom said. He also wondered – Did a mismatch propel grizzly 399 to lead her four cubs from Teton Park to new food sources in a residential area this fall? Will changes affect migration patterns, when ungulates follow the “green wave” of maturing flora?

“There is hope,” Bloom concluded. “We need to acknowledge that these changes are happening. It’s not that this is the end of the world, and we need to be proactive.”

Bloom called on those concerned to protect biodiversity, support habitat communities, speak up about climate change and become citizen-scientists to collect data for continued research. He cited Craighead to encourage participation, “The phenological approach to the study of field ecology tends to put one in empathy with the natural environment and reveal the interrelationship of living things to one another.”

Those interested in becoming citizen-scientists to record flora data in the Cody area can volunteer with Wildflower Watch by emailing BBCW Draper curator Nathan Doerr at nathand@centerofthewest.org.