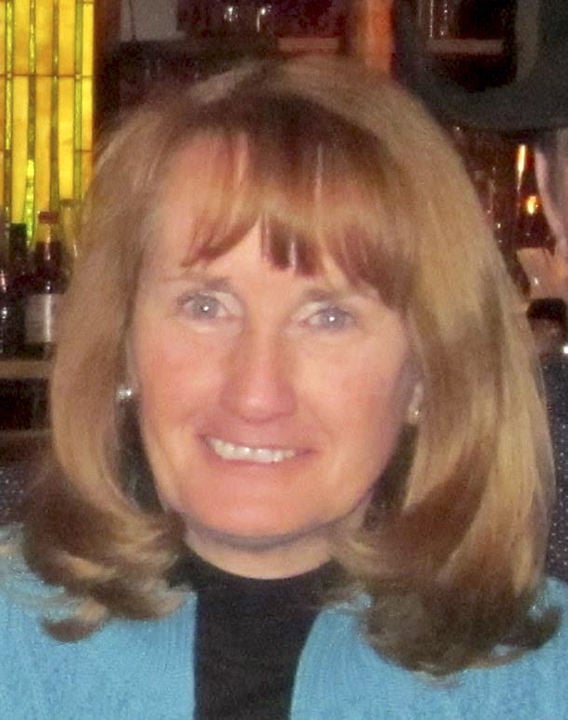 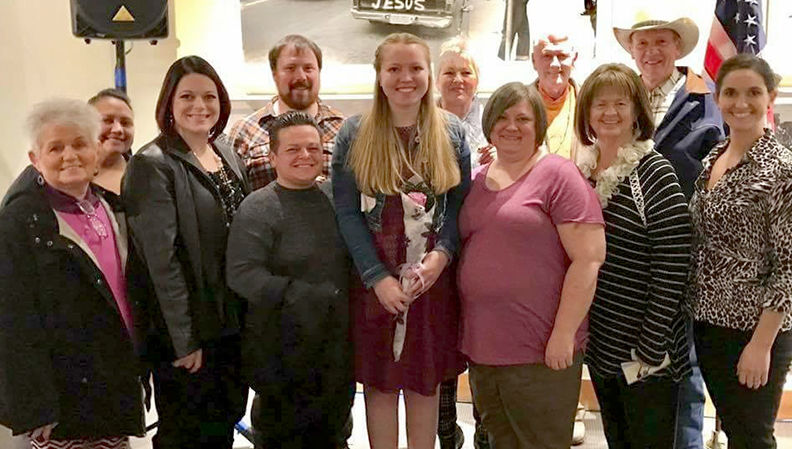 The event has a dual purpose of recognizing a past or current outstanding member, while at the same time honoring, supporting and encouraging graduating girls of Park County.

This year 82 participants attended which included 49 students from Powell and Cody. Each student received a congratulatory gift from Park County Republican Women.

Fran Swope, Tea chair, presented a $1,000 scholarship to MaKynna Montgomery, daughter of Misty Montgomery of Cody. Montgomery plans to attend the University of Iowa this fall. Her intended major is English and creative writing.

Don and Sheri Shreve awarded the Peg Shreve Memorial $1,000 scholarship to Danell Branstetter, daughter of Vanna and Ray Branstetter of Powell. She plans to attend Northwest College in the fall and major in elementary education.

During the tea, graduates were challenged to further their education, while being informed and involved in their communities.

Special guest speaker was Cindy Cloud, Wyoming State Auditor. She reflected on an appreciation and admiration for Overfield – this year’s Tea honoree.

Overfield and her husband Rob  have two sons, Heath and Todd. They moved to Cody in 1981.

Overfield became a 4-H leader and showing horses, while staying home with her sons. Soon, she began working for Chadwick Veterinary Hospital as a vet assistant.

In 1986 Overfield took a position

in the Park County Commissioners Office. She did clerical work for Planning & Zoning, Road and Bridge, Building and Grounds, the Commissioners and was the backup technology person.

She began helping with the youth organizations her sons were involved in such as Little League Baseball, youth soccer, ski racing and 4-H.

After six years with the County, the Northwest Rural Water District was formed  in 1992 and she was hired to set up and run the office. Within four years, the manager left and Overfield was asked to take over. She held that position until her retirement in 2014.

Overfield was a member of CHS Booster Club as the chair for six years. She is a member of Park County Republican Women and served as secretary for four years and President for three terms. She assisted in the establishment and set up of the Cody CAN program and still sits on the Board as an advisor.

She is a graduate of the Park County Leadership Institute. She is also a member of Soroptimist International of Cody and Cody Country Ambassadors. She was elected to the Park County School Board in 2002 and served for three terms.

During those 12 years she sat on the NWBOCES Board in Thermopolis and the Shoshone Recreation Board, of which she is still a member.

Currently, she is the vice chair of the water and wastewater issues board in a nine state region. She assists the Cody School District as a member of the Activities Committee and was recently the chair of the KEC committee reviewing textbooks.

“My most important role is wife, mother and grandmother to three adorable grandchildren, Lexi (12), Hayden (10) and baby Brixton (8 months),” she said. “I still enjoy horses and riding as often as possible.”

She is proud to be a part of Park County Republican Women because of the support, strong family values, community involvement and the advancement of women, as well as the two scholarships they give each year.