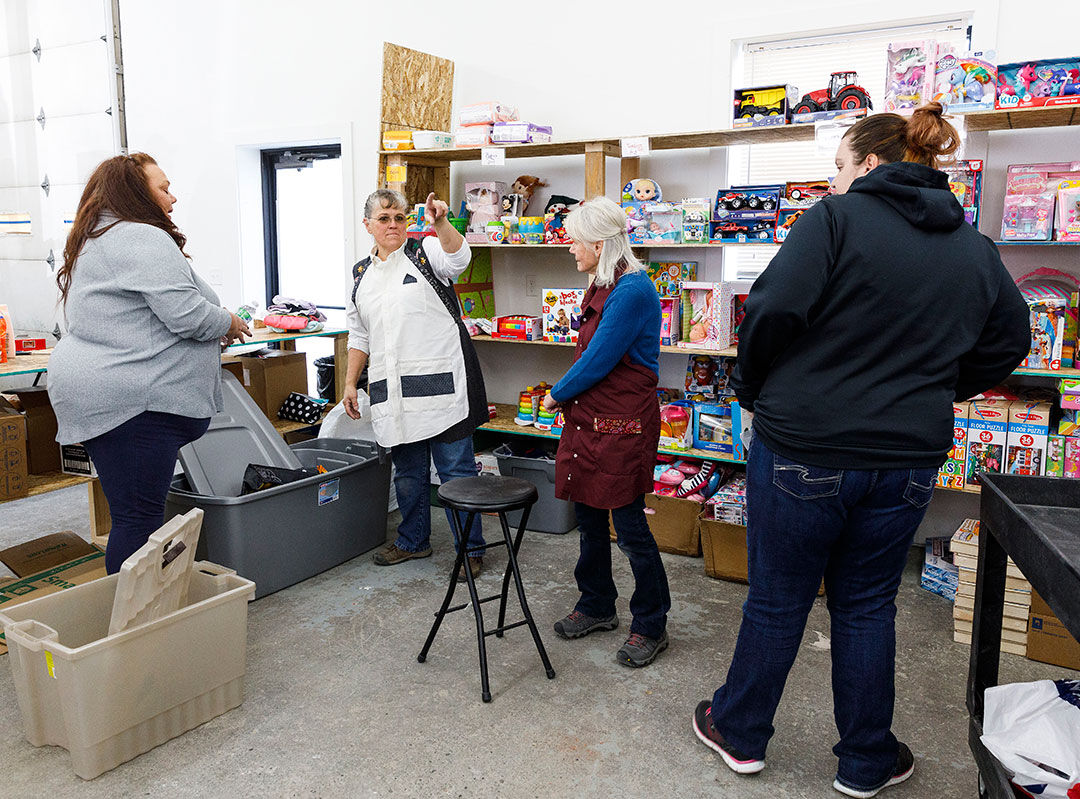 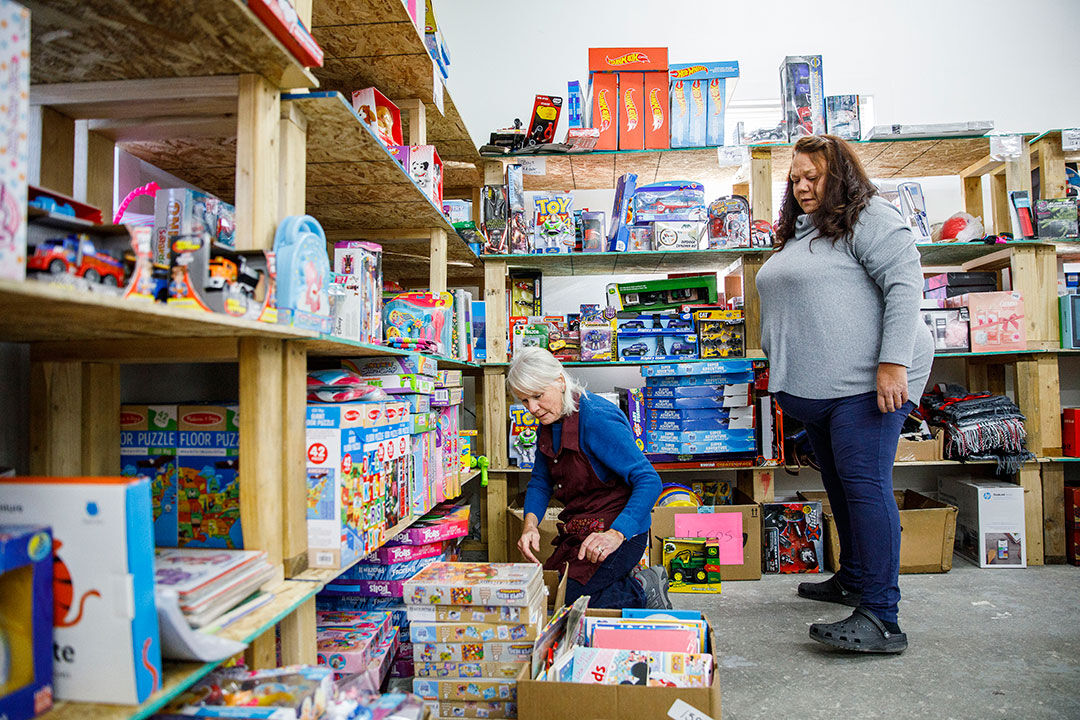 Rows and rows of toys sit upon shelves in an empty building along Big Horn Avenue. Next to the Army Recruitment Center, the Holiday Helpers pack bags with toiletries and organize donations by age and gender.

It’s warm in the building, relatively speaking. The heat is a nice change from the past. In other years, in other times, the Helpers have drawn their warmth from only space heaters.

“Even in buildings with no heat and no bathrooms, we found a way to make it work,” said volunteer Tracie Stegelman.

They make it work for roughly 1,500 people every year, about 10% of the population in the area they serve.

The Holiday Helpers are a nonprofit organization with a two-decade history of helping people in the Cody area. In the late ’90s, the Department of Family Services put out a call for help sorting through the community’s generosity, and the Helpers were born.

“I view it as a hand-up instead of a hand-out,” said volunteer Donna Blaylock.

They use donated space, donated utilities and occasionally donated portable toilets as they sort, package and wrap donated toys and basic needs for children and families to make sure no child wakes up without a gift on Christmas morning.

“It’s just what I do,” said longtime Helpers coordinator Jacque Sims. “I’ve got the best job in the world. I get to talk to people who need help and want to help.”

There is no shortage of people who want to help. Granny’s Restaurant, Big Horn Cinemas, Walmart, Pepsi and many other businesses large and small help the Helpers provide for the community. That’s to say nothing of the individuals stepping up to the plate.

“We’re very fortunate with our community,” Sims said. “We’ve had people calling for two weeks to schedule a time to wrap (gifts). We had to make a calendar.”

The pandemic has made scheduling all the more critical, as the group is only allowing six people to come in to wrap at a time to try to keep the volunteers safe.

The pandemic, as it has with so many different aspects of life, has also stretched the resources of the Helpers more than in the past. In 2019, the group assisted 218 seniors and families. This year, Sims expects that number to rise to 400.

To accommodate as many as possible, Sims said that adults will only be receiving basic necessities as the group focuses on getting gifts for children.

Though the name “Holiday Helpers” implies they work only during a certain time of the year, Sims says their operation is year-round. They’ve been providing meals to seniors, have Thanksgiving spreads available for select families and fill in the gaps whenever they can.

“Jacque never turns anyone down,” Blaylock said. “We had a single dad call, looking for help furnishing an apartment. We get a lot of stuff off of Cody Classifieds. By the end of the day, we had furnished his apartment and got his kids beds.”

The circumstances are of little consequence to Sims.

The group runs entirely on donations, but to help as many people as possible, they’ve got to be careful with the money they receive from community benefactors.

“We’re very frugal, very tight with our funds,” Sims said. “The only purchase we’ve made for ourselves other than office supplies is a cart. We’re older now and that makes it easier on us, not having to bend over so much.”

Sims gestured to racks of clothing and winter gear and the shelves of toys.

Walmart calls Sims to let her know when winter coats for children go on sale. For years, local dentists provided samples to go into the gift bags – until the suppliers heard about it and started sending them all the floss, toothpaste and toothbrushes they could handle.

Granny’s Restaurant does the cooking for the meals they give to the seniors. Wyoming Legacy Meats donated the turkeys for this year’s Thanksgiving baskets. Toys for Tots partners with the Helpers to keep the shelves full.

Even the Port-a-John behind the Helpers’ current base of operations was donated.

“The community is just great,” Sims said. “Every year, we get what we need.”

As the gift boxes are finalized, the Helpers use the remaining funds to fill as many special requests as they can.

“We got one boy a tablet one year with an Amazon gift card so he could play some games on it because he had to be on dialysis,” Sims said, just one of many examples of the types of special requests the group has filled over the years.

To contribute to the Holiday Helpers, donations can be dropped off at the UPS Store, the UPS hub on Blackburn Avenue or in any of the drop boxes scattered around town. If you are interested in getting on the wrapping schedule or sponsoring a family, text Sims at (307) 899-4936.