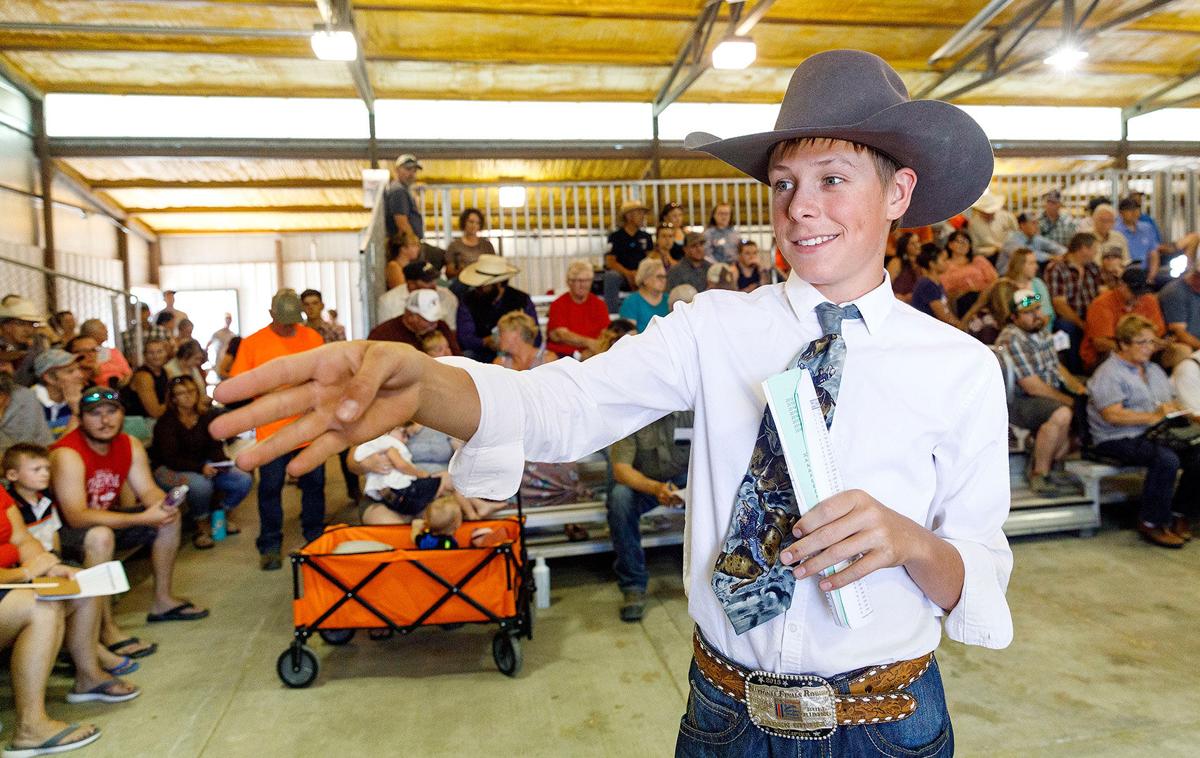 Caden Gines takes bids during the Junior Livestock Sale on Saturday at the Park County Fair. 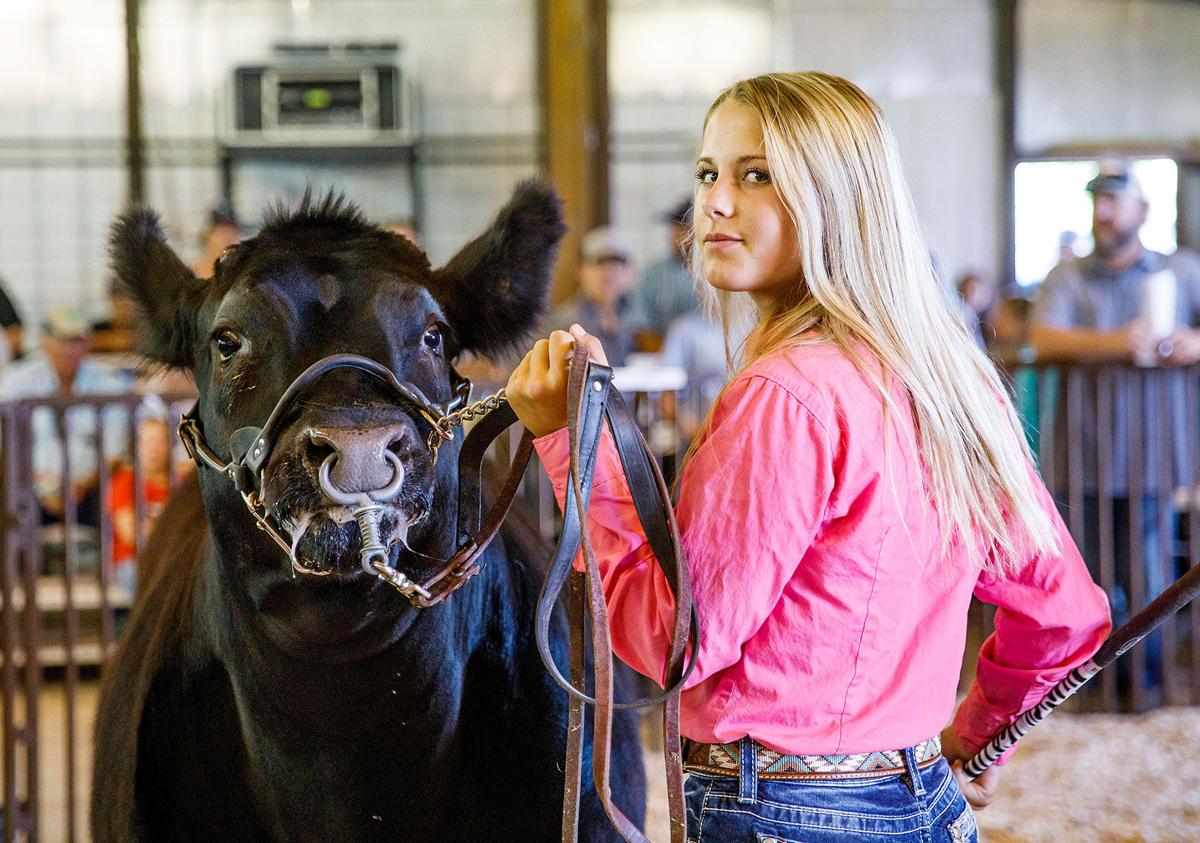 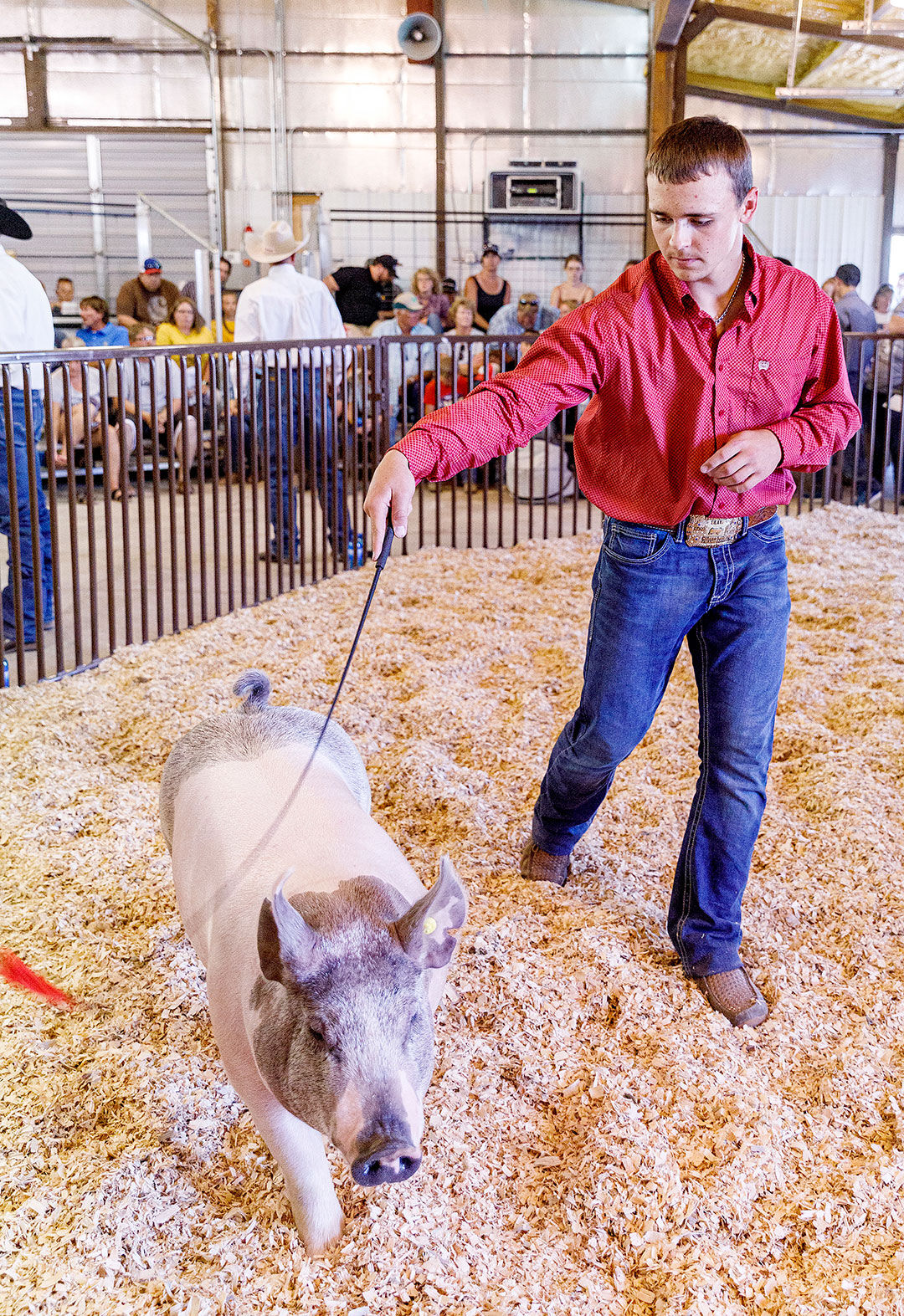 Caden Gines takes bids during the Junior Livestock Sale on Saturday at the Park County Fair.

It was hot in the sale barn, sticky and humid as Josh Linebaugh called out number after number.

Up and up the price went as bidders with no fear of a global pandemic packed the stands. The first hog to sell just after one in the afternoon went for $4.50 per pound. By mid-afternoon, some animals were approaching $10.

Animal after animal rounded the horseshoe-shaped ring, each seller doing their best to keep their pigs shuffling around the wood chips and get their steers to stand still in front of speakers reverberating with the nigh-incomprehensible chatter of a professional auctioneer.

Ringmen stood around the front of the ring, waiting for bidders to flash their cards.

“Yah!” They yelled back to the auctioneer every time one was raised, claiming a price that rarely lasted. The animals went for thousands of dollars per head in some cases, as they have for years. It was never about the no-doubt-high quality of the meat that had to be sent to Idaho to get processed because no local butchers could take it. It was about supporting the youth.

Presley and Scarlett Bray took their turns in the ring. The sisters from Cody, 12 and 9, know the rabbits they held could be purchased most other days in most other places for less than the price of a decent steak dinner.

“A rabbit is not worth $450,” Presley said. “But they support the children with the cover of buying the animal.”

Larissa Riley and Mowgli, her black-and-pink pig, strutted around the arena. Well, Mowgli strutted wherever he pleased, paying no mind as Larissa rapped the show stick against his shoulders and hindquarters, trying to get him to stay visible to the buyers.

The 15-year-old Meeteetse girl has shown animals at the Park County Fair for six years. Working with animals to get them show-ready creates a bond between them, one that has been easier for Riley to break as time has gone on.

“I understand that’s just how it is,” she said. “There’ll be another pig next year.”

The more than $1,200 she got for the pig she taught to snout-bump is going toward her college fund and mission trip with the Mormon Church.

When Tag Thompson walked into the sale barn, all eyes were on him. The mullet, inspired by Rockies outfielder Charlie Blackmon, and the bright turquoise paisley shirt that was a must-get when he saw it in the store, were impossible to look away from as he led a gorgeous red steer into the show pen.

The Powell native is going to use the more than $6,000 he got from the steer’s sale to buy next year’s steer and save for a tractor to help out on his grandfather’s farm.

His entourage of family members all relaxed after the sale in the beef barn, his mother holding the halter of the steer named Red while his father, uncle and cousin, watched him chat with a nosy reporter.

“It makes me happy that I know I have all these people around me,” he said.

The auctioneer was starting up a bidding war between Fremont Motors and ... Fremont Motors. The locations in Powell and Cody both wanted the Grand Champion speckled-face sheep of Brooke Bessler that is headed to the state fair in Douglas before it heads to Fremont Motors in Cody.

Bessler has a breeding operation just east of Ralston with eight ewes and a ram she co-owns with her cousin. Almost every day she works the animals and her profits from the sale are going right back into the operation.

Now haltered, her sheep did not have much to say that was comprehensible to human ears, but it was vocal after the gavel came down. Whether it was bleating in celebration about its price-per-pound or thought it was worth more is impossible to tell.