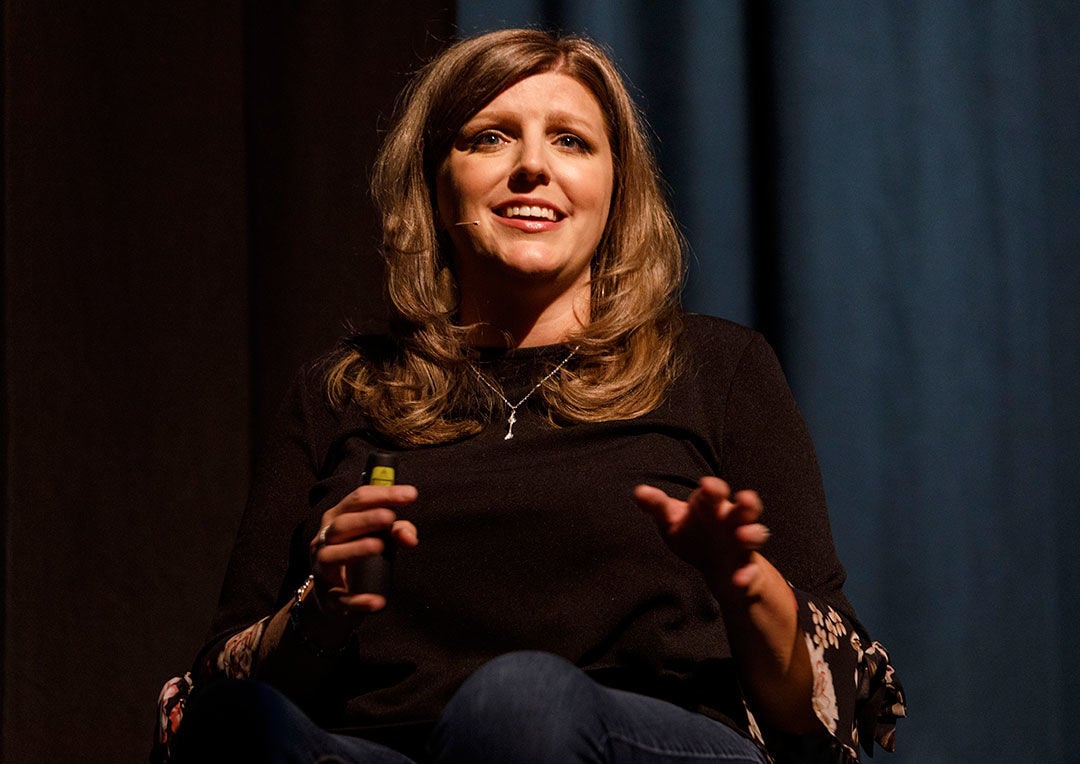 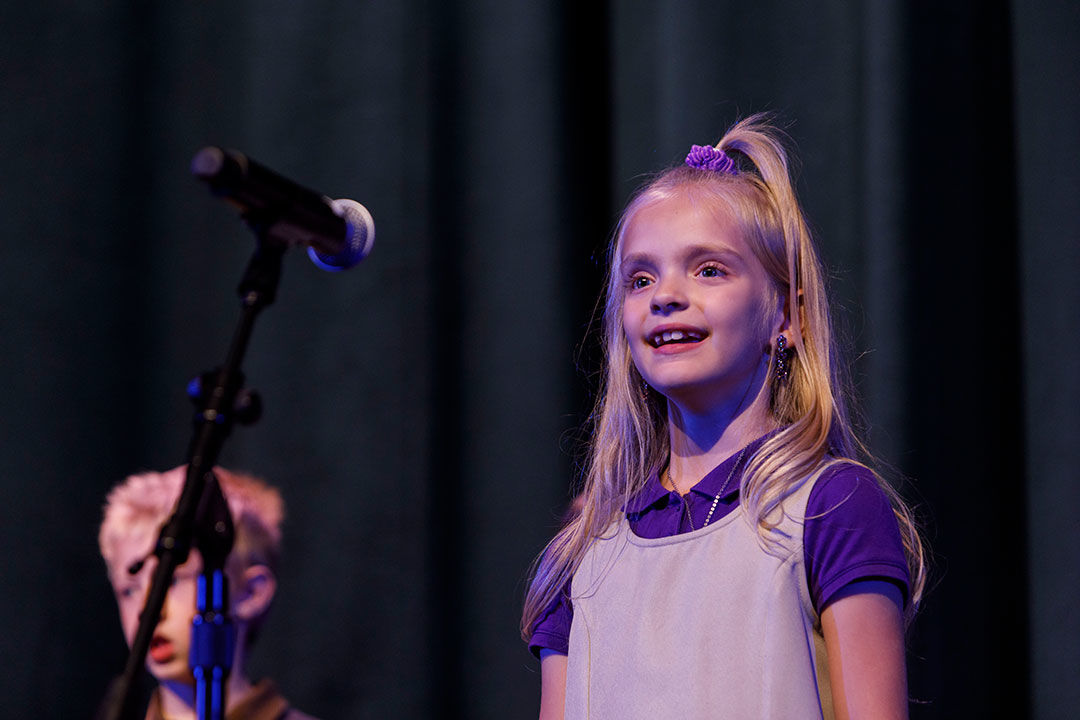 Addison Lundvall, 8, Ashlee Ludvall’s daughter, sings with her Veritas classmates during the event.

Addison Lundvall, 8, Ashlee Ludvall’s daughter, sings with her Veritas classmates during the event.

If there is one photograph that sums up Ashlee Lundvall’s recent life, it is a light-hearted picture of her wearing a princess-like tiara while aiming a rifle.

Miss Wheelchair USA taking a shot at some distant target.

Lundvall was 16 and living sweetly when a pitchfork pierced her T-12 vertebrae in a ranch accident in Cody, leaving her in a wheelchair.

“I was very bitter and I was very angry,” Lundvall said.

Broken back, broken heart. Bitter and angry. Who wouldn’t be?

She was a 6-foot-2 high school basketball player and all-around athlete from Indiana on a summer trip to Wyoming.

While Lundvall’s legs never healed, the rest of her did. At a recent fundraising speech for Veritas Academy before about 75 people at Wynona Thompson Auditorium, Lundvall relayed her story.

Not many people would take note of such a 20th anniversary publicly. Nor would they term the occasion “a celebration.”

In an emotional talk that sometimes had audience members shedding tears, Lundvall explained how she transformed what loomed as a permanent disaster into a life of fulfillment.

Lundvall was an athlete, but not a hunter, until after her injury. She started with the Wyoming Disabled Hunters 10 years ago and became a member of the board of directors.

She became a nationally known advocate for outdoor opportunities for the disabled. She was chosen Miss Wheelchair USA and won the Safari Club International Pathfinder Award. She married – husband Russell and daughter Addison, 8, – were in the seats. She writes for hunting publications and gives motivational speeches.

Above all, she motivated herself in the worst of moments. Not without help from others, but mostly by digging deep for courage in the most testing of circumstances.

This was a crisis not only of body, but of mind. Nothing was going to undo the fall from the hay bale and awkward landing on a pitch fork.

Lundvall called it “one defining moment,” but the issue was how it would define her. She recognized it was her choice whether to let the accident “ruin my life.”

She adjusted her goals, discarding the idea of becoming an orthopedic surgeon. She investigated becoming an attorney, one with the power to help the disadvantaged.

“All I really wanted to do was help people,” Lundvall said.

Moving about the stage in her wheelchair, Lundvall’s life stages flashed on a large screen as visual aids. No picture was more powerful, though, than her voice.

Growing up in a religious family, Lundvall felt she had held up her end of the bargain to God with her behavior, so why did such a terrible thing happen to her? Faith was a consistent thread during Lundvall’s talk.

People read about horrible accidents. What they rarely hear, unless that person is close to them, is the struggle to rebuild, not only over months, but over the years that follow.

Lundvall talked of dreams changing, of self-image changing. A blonde with a pretty face, Lundvall said she was “boy crazy” as a teenager, but then morosely believed no one would ever love her because she was in a wheelchair.

She became defiant, deciding she didn’t need a man and could go it alone. Then she promptly met the man who became her husband.

Lundvall feared the challenge of becoming a parent, but said her daughter has learned compassion and acceptance of people who are “different.” And Lundvall spearheaded creation of Cody’s Mentock Park all-inclusive playground.

While she believes it is important to stay active, Lundvall’s injury knocked her out of ball sports. She was an unlikely hunter, too much of an animal lover, she felt. But after her first hunt with a crossbow she discovered a new passion and a love for game meat.

“The outdoors is now my arena,” Lundvall said.

Besides writing about the outdoors and displaying an uplifting attitude, Lundvall makes herself available to encourage other women with spinal cord injuries. Lundvall is a practicing inspiration.

After hearing this hour-long talk, the audience could figure out why she labeled the accident’s anniversary a celebration.

“Every good thing in my life is a direct result from that accident 20 years ago,” she said.