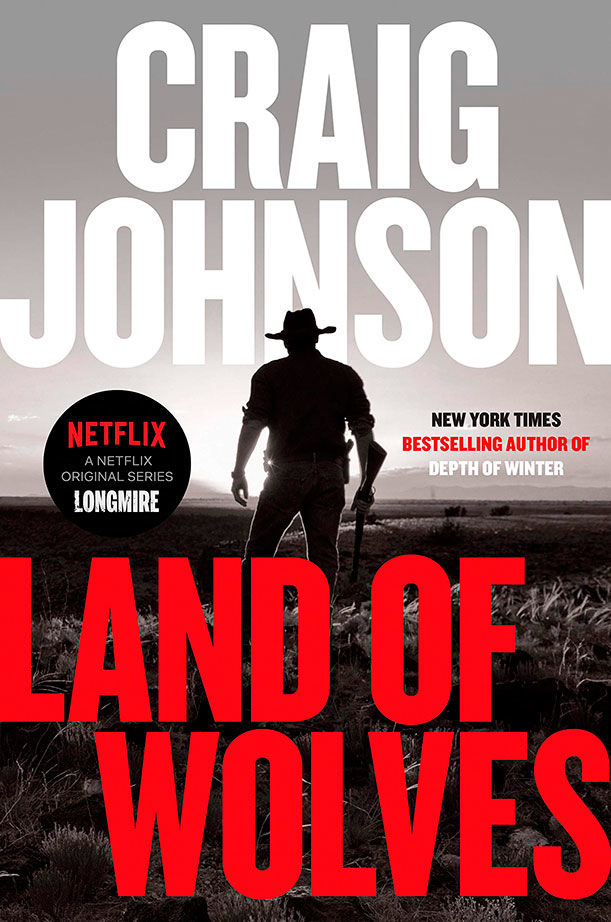 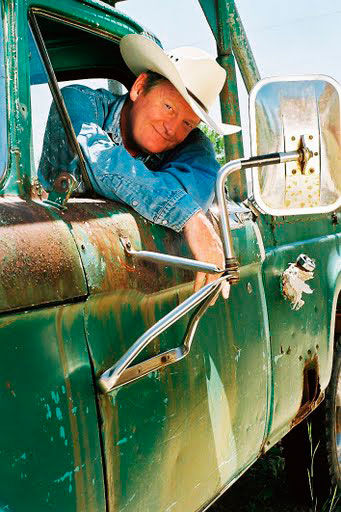 The truth is, Walt Longmire lives in Craig Johnson’s head.

He may reside in Absaroka County, Wyoming, but he doesn’t live there.

The highly principled sheriff has aged before our eyes, just as the book series has aged on bookshelves. Longmire is not the type of fictional character who is indestructible, but one who has birthdays and adds worry lines to his face.

The compliment to Johnson is his internationally acclaimed novels have made Longmire so realistic we want to hiss at his enemies, grimace when he is wounded because of his reckless disregard for his body, and buy bumper stickers to support his reelection campaigns.

Fiction is storytelling and done well lifts characters off the page with sufficient verve so we think we are likely to bump into them in the next booth at the cafe, gliding onto a seat at the Red Pony bar, or merely inching into a parking space.

With the official Tuesday release of “Land Of Wolves,” Walt is back, limping along, still achy and worn out from his last adventure in “Depth Of Winter.”

“You really have to deal with things the character went through,” said Johnson in a recent interview.

For this book it is more important than usual for the Longmire subscriber to make certain and read the previous volume first.

That one was a departure from the Walt of previous stories. Rather than trying to crack a local case, Longmire was out for vengeance on behalf of his daughter Cady, in Mexico. The threat was large and Walt paid a fearsome price.

If Johnson chose to freeze his novels in time rather than sketching characters following a time line, he would not have to pick up where the character left off. But that’s not how he operates.

What happened to Walt stays with Walt, “a lasting emphasis, not only physically, but also mentally,” Johnson said. “For me, that makes for a realistic character. Walt is not the same guy he was 15 years ago.”

Longmire was introduced in “Cold Dish” in 2004. He arrived fully formed, basically, since he had already been county sheriff for 25 years.

Johnson lives in Ucross, population about 25, and his western lawman is a modernized version of the virtuous marshal of the Old West.

Longmire certainly stepped out of his comfort zone by sneaking into Mexico to combat drug dealers for personal reasons.

“A lot of people will be relieved to have Walt back in Absaroka County,” Johnson said. “I think he’s a little bit older, but wiser. It’s part of that evolution process.”

Longmire is Wyoming to the core and the in-state fan following is phenomenal. A years-long television show spread his appeal.

Johnson’s first book signings were in Cody and Meeteetse.

Now Wyoming’s borders do not contain him. The cities Johnson visits are inhabited by many who could not locate Wyoming on a map.

There is also a part two to the tour, with Johnson scheduled to spend November in Europe. The foreign country that loves Longmire the most is France. Who knew?

He will visit France, Germany, Spain and England, a lucky perk of being a successful author, he said.

“I’m translated into Chinese, but I’ve never been,” Johnson said.

Johnson, through Longmire, who often displays a boy scout’s honor, is educating the world about Wyoming.

“We could do worse,” Johnson said of Longmire as a role model. “He’s a good guy. He cares about people.”

Cody teacher and running coach Maggie Kirkham is a loyal Longmire supporter. She reads the books, but also experiences them again on tape.

At the time she spoke, Kirkham was actually in the middle of listening to one of the tapes as her run-along companion.

As a Wyoming resident, Johnson may be even more sensitive to authenticity and accuracy than someone from elsewhere.

In his acknowledgements in “Land Of Wolves,” Johnson gave a shout-out to Dan Thompson, the Game and Fish Large Carnivore Supervisor.

Wolves have long been a touchy subject in Wyoming and Johnson did research with a well-known expert.

“I just gave him some real experiences I’ve had and some colorful meetings I’ve been to,” Thompson said.

Also, it turned out, Thompson is a Longmire series man.

“I’m a big fan of the books,” Thompson said. “It is fun to be part of something like that.”

Through one medium or another, Thompson is up to date on Walt’s adventures.

Except for the new one, where he is mentioned.

Whether it is Native American cultural traditions, or Walt thinking he sees visions, sometimes influenced by best friend Henry Standing Bear, he seems more open-minded than he might have been when first becoming a lawman after military service.

“It keeps intruding,” Johnson said of what he does to Longmire the character, someone with a checkered history with introspection.

“I kind of like going out on that thin ice,” Johnson said. “I don’t want to go full Stephen King.”

Regular readers recognize if Walt resorts to violence it is generally to save others. Those readers find Johnson, too, through email, twitter, Facebook, or actual letters.

Correspondence can reach him if someone simply pens “Craig Johnson, Ucross, Wyoming.”

One fan said he had a hard life and asked permission to change his name to Longmire.

Johnson wrote back, “I would be honored and so would Walt.”

The author also receives occasional reader comments saying there wasn’t enough of a favorite character in the last book. Or, perhaps after a particularly grueling episode, saying, “You need to try to take care of him.”

Not every well-known person enjoys mingling with fans, but Johnson does. He said his job is solitary, so traveling and chatting up fans is a treat.

“What I do for a living is sit in a room by myself and write about my imaginary friends,” Johnson said. “It’s not good for social skills.” So touring and meeting real people “is one of the great joys of what I do.”

Johnson’s publisher initially released a travel schedule that did not include Cody, but he fixed that.

He is scheduled to appear at the Buffalo Bill Center of the West, Oct. 9, at 7 p.m.

As an aside in “Land Of Wolves,” Walt is driving with an out-of-state passenger and with a wink, exhales a version of the Buffalo Bill Cody body-snatching story, of how maybe some Cody residents tip-toed into the Denver funeral home and brought the famous showman’s body back to Cedar Mountain where he really wanted to be buried.

The locale of Craig Johnson’s October signing is ironic. As a sneak preview of next year’s Walt Longmire book, the author let slip Wyoming’s best-known sheriff will be spending time in Cody, at the Center, and he will have to hustle to find a tuxedo.