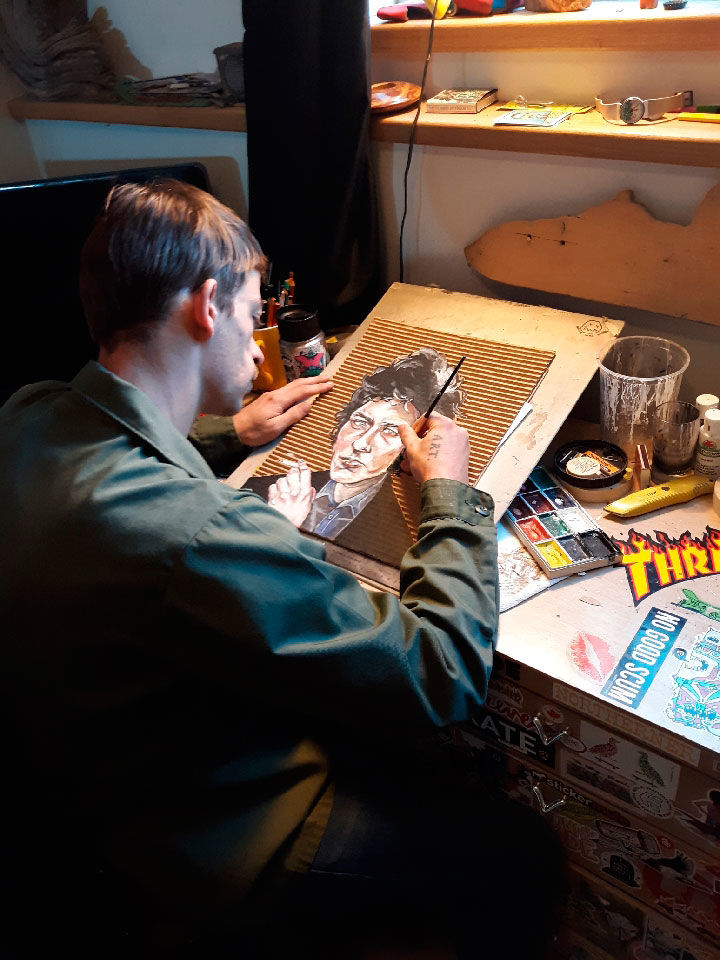 Kyle Hanson paints a portrait on cardboard at his home. 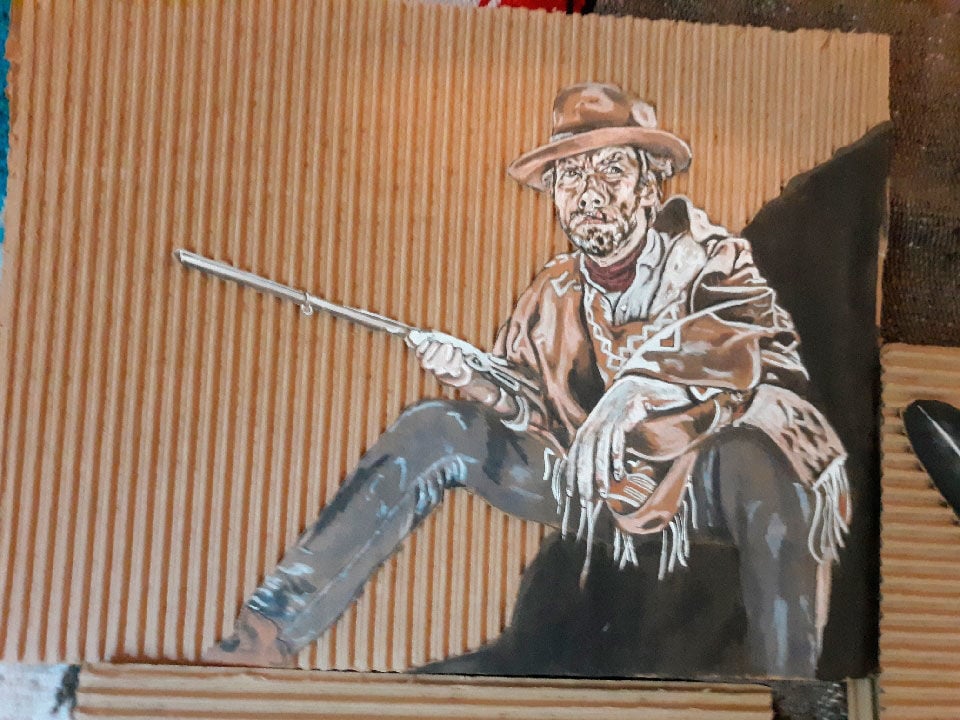 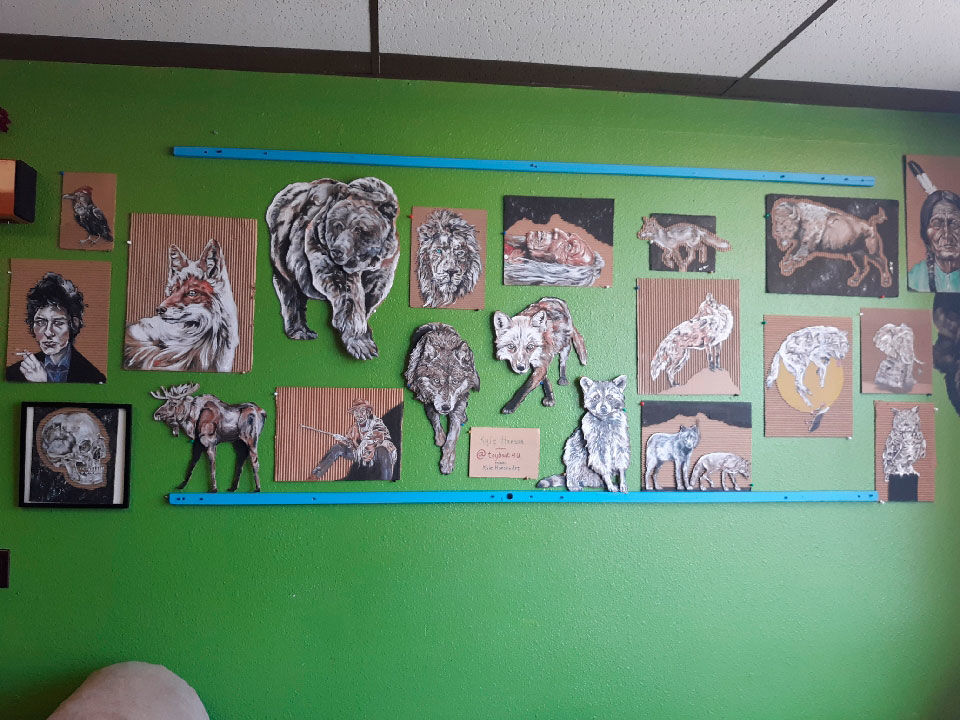 A selection of Hanson’s paintings on display at the Beta.

Kyle Hanson paints a portrait on cardboard at his home.

A selection of Hanson’s paintings on display at the Beta.

Most people take it easy on Sundays, usually with their families or at church, or watching football. Kyle Hanson is alone in his room, enjoying his day off.

The Cody man paints, as he has done for nearly his entire life. Sundays and Mondays are his days off of work – so he creates art. The brush then hits the water and the many colors of the paints, add a little coffee, and what used to be a plain and dull surface comes to life with just a few strokes of his hand.

Hanson paints just a little bit differently than most. While he paints almost anything, there’s one catch – he doesn’t paint on canvas. Instead, he uses cardboard.

His paintings start with a vision in his head. A mess of portraits are scattered all over his walls, portraits of Bob Dylan and Clint Eastwood. He has a few paintings of wildlife as well, such as wolves, bears and foxes. He said he’ll work long into the night with only a dim light.

“If I go to sleep without a painting being finished, then it’s hard for me to jump back into that painting, it could be based off a dream, or while I’m cooking eggs,” he said.

It all started before he was even born. Hanson’s parents were both artists as well, so it’s in his blood. Even when he was in the fourth grade he was selling drawings to his classmates and getting in trouble for it.

“I remember selling drawings for $5 in school and then taking that money to buy a Caramello candy bar. I loved to do it and they wanted to buy it,” Hanson said.

He attended Northwest College in 2010, but was only there for a short while – he said college was too expensive.

So he left and found a job working at Libations.

That is where it all began for Hanson, as canvas was too much money, but there was cardboard everywhere. To him cardboard was easier to work with than canvas.

He displays his dedication with the word “ART” tattooed on his right hand, a constant reminder to himself to stay loyal to his one true passion in this life.

Hanson’s inspiration for his artistic work has come through life experiences, both good and bad, the people he has loved and lost. It is also his surroundings, the environment in which he lives.

He found success in his style of painting, which is mostly water colors and coffee.

His work has been displayed in local businesses such as the Beta Coffee House and Cody Library.

Each painting takes about three hours to a full day, depending on the size and detail.

“I have to make art,” he said. “I love it, and in a very dark world right now, if you see the image and are inspired to do something, or if you just see it and think it’s pretty and don’t feel anything but that, I’m doing it.”