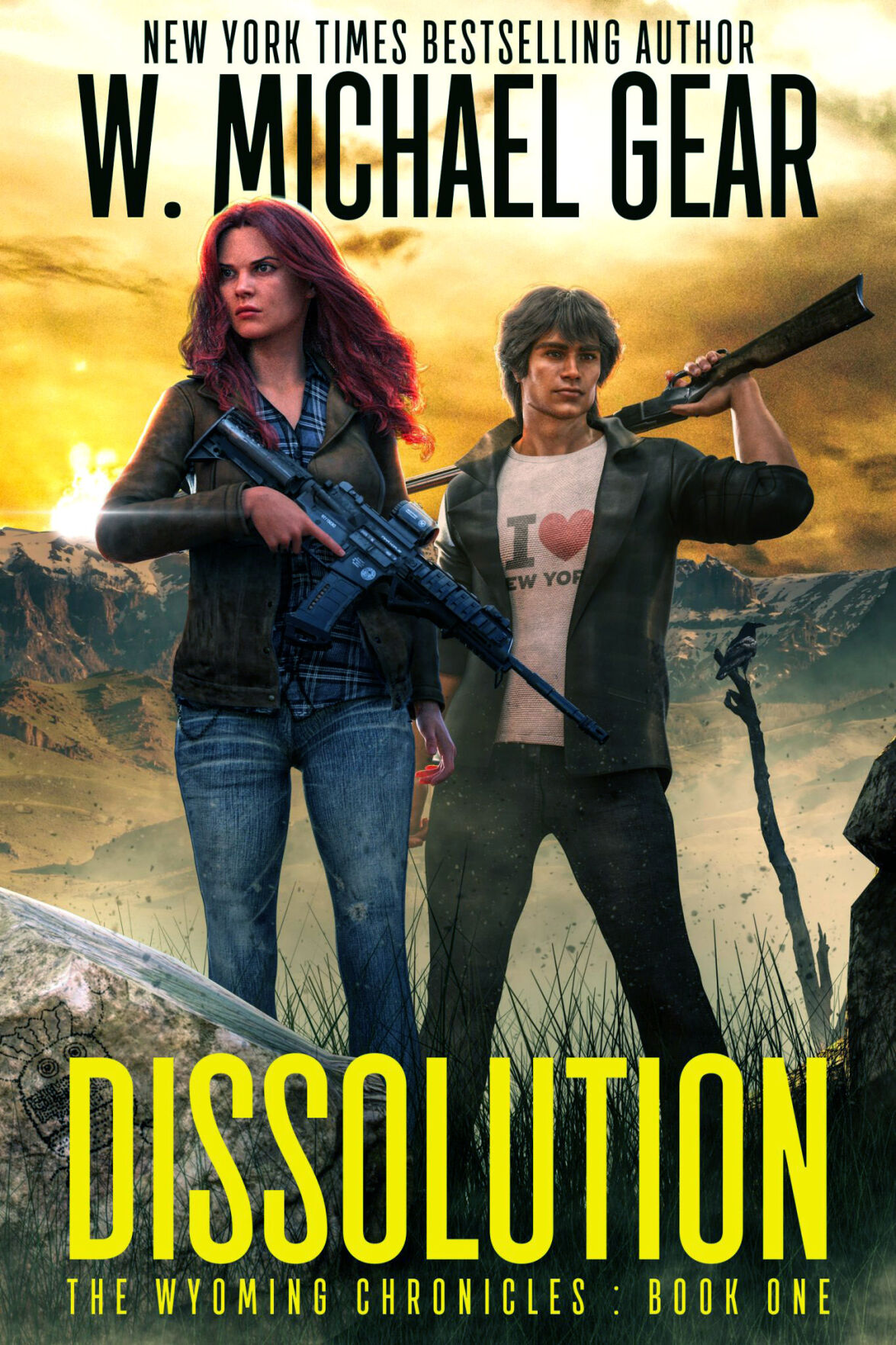 “Dissolution” is the first book in Michael Gear’s new series. 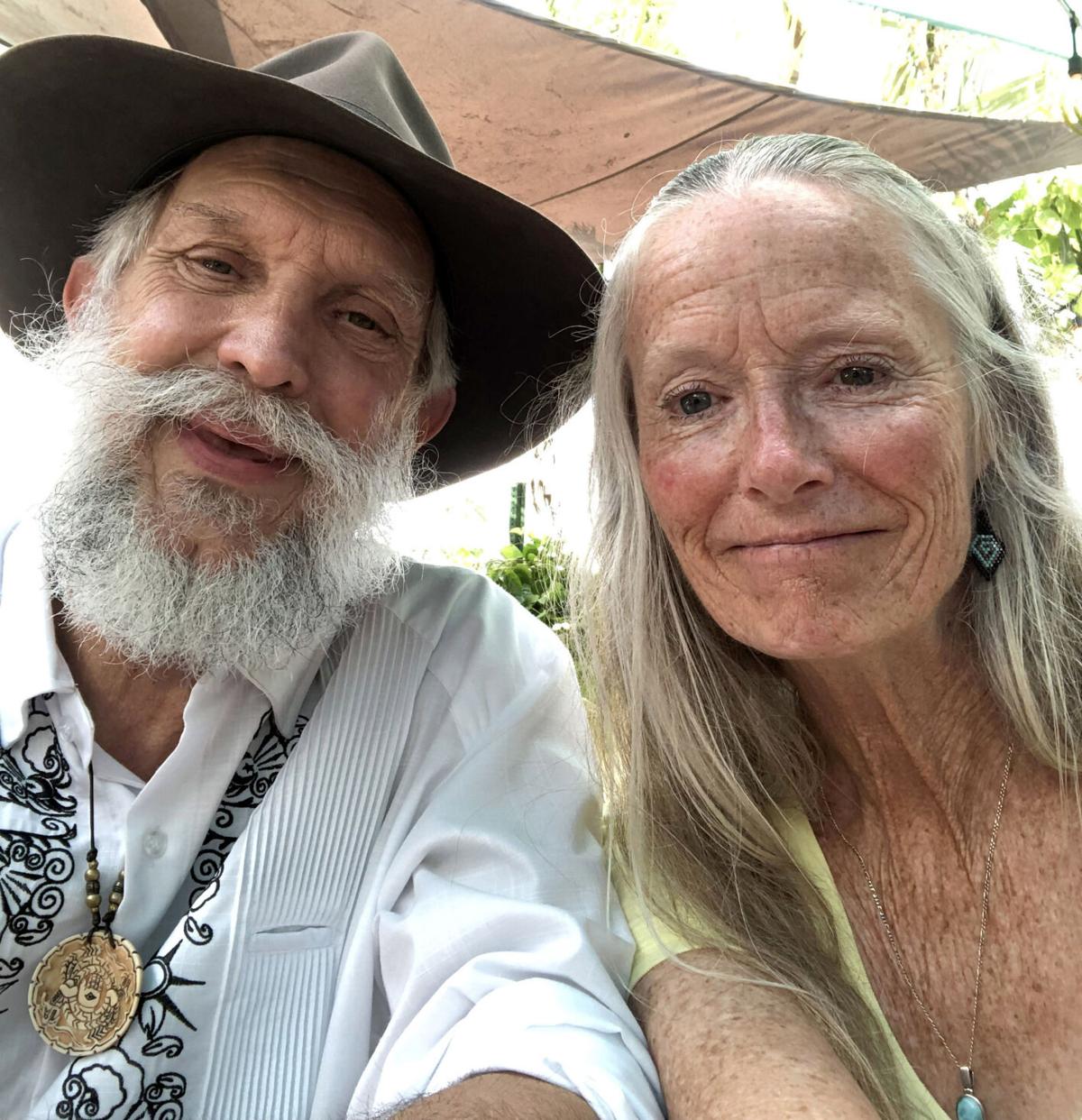 “Dissolution” is the first book in Michael Gear’s new series.

Science fiction author Ursula K. Le Guin (1929-2018) once wrote, “I think the imagination is the single most useful tool mankind possesses. It beats the opposable thumb. I can imagine living without my thumbs, but not without my imagination.”

Award-winning Cody authors Michael and Kathleen Gear couldn’t agree more. Between the two of them, the Cody residents have amassed a collection of some 75 titles and countless articles based on their research in anthropology and archaeology. As they’ve examined stories and studied artifacts, they began to imagine the life, the culture and the players in America’s prehistory – and the condition of the world in the future.

“There are so many stories in the 15,000 years of prehistory, and they take place across the whole continent,” Michael explains. “Our goal is to educate as we entertain.”

For instance, the couple bases its North America’s Forgotten Past series – now numbering 28 books – on their research of Native populations. From titles like “People of the Wolf,” “People of the Fire” and “People of the Nightland,” the Gears have created characters who accurately portray those who lived in a particular time and place.

“Today’s Pan-Indian movement creates an image of a kind of brotherhood among all Native populations – think the modern powwow, for example,” Michael continues. “The truth is that each Native group is different with varying language and culture. There really is a misunderstanding that all Indians are the same. In our writing, we try to emphasize those differences.”

In 2018, Michael published the first science fiction volume in a series of five based on the fictional, dangerous planet Donovan. The notion bounced around in his head for years before the end-product, what he describes as “Avatar meets Deadwood.” He notes that science creates fantasy, but everything still must bear scrutiny – like principles of organic chemistry on the planet. For believability, he uses his academic training, his field experiences, his research and his life at the edge of the wilderness to craft Donovan. One reviewer observes that Donovan is more like a character than the story’s setting.

“Like all good sci-fi, [the book] asks questions that only the reader can answer,” Michael adds. “For example, if you were on a world where chances were overwhelming that you’d be eaten alive, would you choose to leave if chances were one in five that you’d ever see Earth again?”

Both Gears agree that characters can make or break a story – even the villains. “Basically, we crack open the skulls of each character,” they add. “To do that requires empathy.”

With their research into the lives and culture of the past, they have a head start on the way people lived.

“Cli-fi” is a new genre of fiction based on the end game of global warming and its effects on everything from climate to bank collapse. Kathleen’s books “Ice Lion” and “Ice Ghost” tackle the subject of exploring a dark future “where archaic species struggle to survive an apocalyptic Ice Age.”

“With my archaeological background, I’ve studied how humans survived the Ice Age,” Kathleen says. “I wanted to re-create archaic species, and one of the most powerful lessons is that some things can’t be fixed.”

Whether their title pages include one of their names or both, the Gears say that all their work is collaborative.

“Even when we’re working on separate projects, we bounce ideas back and forth,” Kathleen explains.

One of their newest series is Michael’s Wyoming Chronicles. The first book, “Dissolution” – what one bookseller calls “a contemporary apocalyptic western” – follows anthropology graduate student Sam Delgado and his pals who head to the wilds of Wyoming for “an adventure of a lifetime.” The plan is to horse-pack into the backcountry to study a high-altitude archaeological site. Their plan goes haywire when a crushing cyber-attack “collapses the American banking system,” and the already fractured nation falls into anarchy and chaos. With all credit frozen, Sam and his pals are trapped in their high-altitude camp with no way to go home and “must rely on hard-bitten Wyoming ranchers for their very survival.”

Michael is a physical anthropologist having graduated with both a bachelor’s and a master’s degree from Colorado State University. After graduation, he was a field archaeologist for Western Wyoming College – all the while, writing every chance he got.

As part of her Ph.D. coursework, Kathleen served at the Museum of Cultural History in Los Angeles. She moved to Wyoming in 1980 to work for the Department of Interior as a historian and archaeologist. The two met at an archaeological conference in Laramie. For nearly three decades, they managed the Red Canyon Buffalo Ranch near Lander. These days, they make their home in Cody.

The Gears have numerous awards to their credit including the Western Writers of America’s 2021 Own Wister Award for Lifetime Contributions to Western Literature. They were also inducted into the Western Writers Hall of Fame housed at the Buffalo Bill Center of the West. To learn more about the Gears, their work, what’s coming next and where to purchase their books, visit their website gear-gear.com.