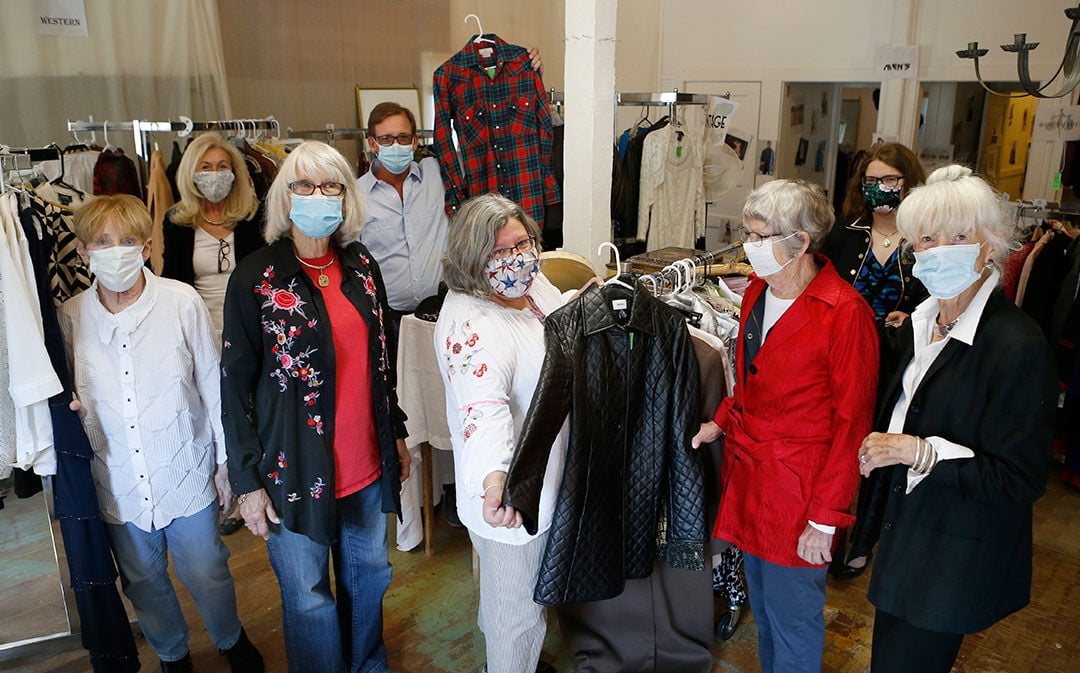 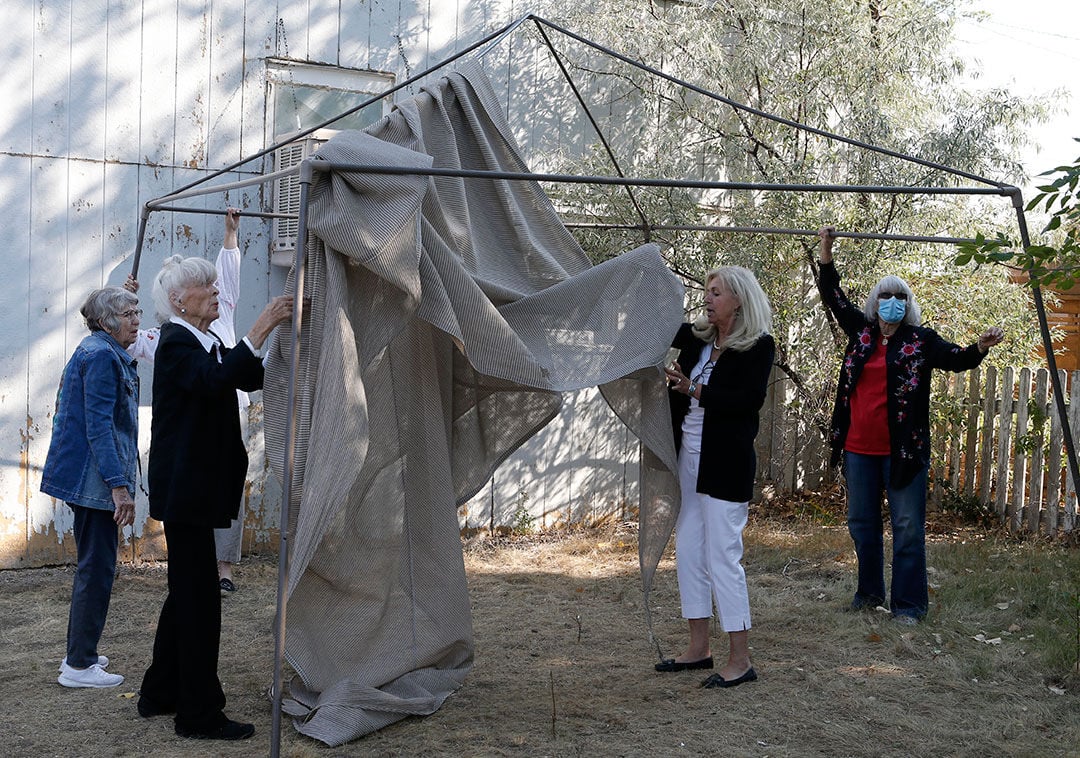 Caryl Cline (from left), Ann Simpson, Debbie Paulsen and Kaki Steves take down tents in the back yard of the Encore store.

Caryl Cline (from left), Ann Simpson, Debbie Paulsen and Kaki Steves take down tents in the back yard of the Encore store.

Although Encore recently attained stable status as a federal nonprofit, the clothing-sales event must now find a new home. The volunteers must vacate the current space, its fourth location since 2004, by Oct. 1, which necessitates a major sale.

“We have something for everybody – ages, sizes, price points,” organizer Penny Durenberger said. “And we have lots of men’s stuff,” organizer Ann Simpson added.

“The goal is to get rid of as much stuff as possible,” pronounced organizer Kim Seibert.

A benefit for local nonprofits, Encore began 16 years ago and is now officially known as Encore for Cody. The sale has been housed in two places owned by the Buffalo Bill Center of the West, first the Stock House and next the Allen Street building. Then it moved to the former Meeker Insurance office at 927 12th St.

It now occupies the wooden structure at 12th and Alger, once home to the exclusive Director’s Club. Owners Erynne and Ryan Selk allowed Encore to use the building until they set a date to start construction on five townhomes.

“The beautiful thing about this is that people have been so generous,” said Durenberger, thanking the Center, Barron Collier and the Selks who donated their spaces.

“We need those angels,” Seibert said. “Ideally, we would like a permanent location.”

Until then, one option would be to stage the sale in a temporary location such as an empty home, said Simpson, who helped launch the sale of gently used clothing. “It started out as just designer clothes,” she explained. Then the organizers determined to expand the selection of high-end clothing to respond to the needs of the time, and now, because of COVID, it includes “exercise and casual clothes.”

“Not many people are going to balls these days,” she noted.

Initially billed as a one-time event, Encore persisted due to its popularity. “We’re going to continue because everyone loves it,” Simpson said. “We do it because we have fun.”

“It’s a win-win,” Durenberger added. “People find nice things for affordable prices, and we give back to the community.”

The event’s proceeds have gone to the Center, Park County Animal Shelter, Yellowstone Behavioral Health and Sleeping Giant Ski Area. With the closing of the last, Court Appointed Special Advocates has become the fourth beneficiary. In the past, Canal Park was a beneficiary.

In the present, Encore for Cody is modernizing, thanks to Seibert. “Kim has brought new life to us,” Simpson said. “She’s experienced in merchandising.” Further, “she’s bringing us into the 21st century,” Durenberger added.

With help from her daughter Jane, Seibert created a group email list, established accounts with eBay, PayPal, Facebook and Instagram, and is working on a website. And now, instead of stashing currency in a gray metal box, volunteers have access to a real cash register.

“We’re looking for an angel to loan us a property,” Simpson said. Until then, Durenberger quipped, the event will continue as “Floating Encore.”

The two women share admiration for each other’s skills at pushing product. “She’s the best,” Durenburger said of Simpson, who described herself as “a good salesperson. I make sure I know the merchandise.”

“We double-team,” explained Durenberger, who will pull out overlooked items from the racks for Simpson to promote. For a while, however, the duo was stumped by a classy, black jacket, designed by Max Mara.

“I tried to sell it all the time,” Simpson recalled, “then I finally tried it on and bought it. It’s my favorite.”

Based on that experience and the knowledge that designations on tags can be misleading, Simpson shared this advice with shoppers – “Disregard the size. Just try it on.”