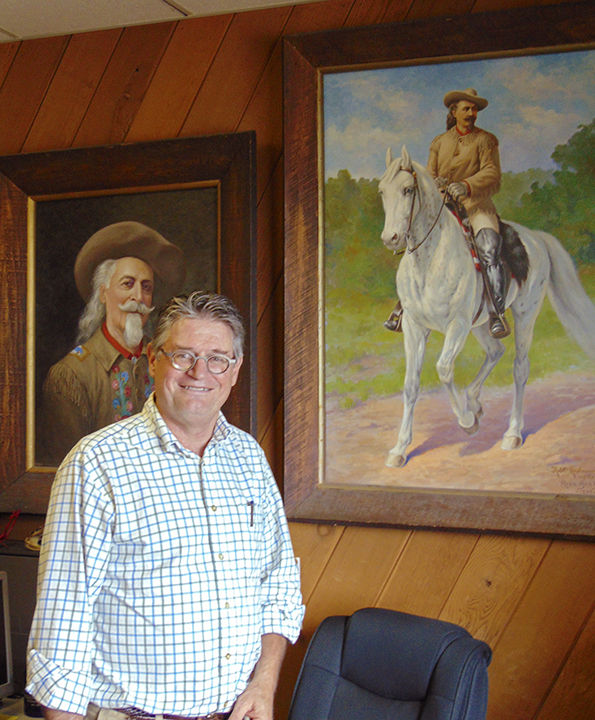 Steve Friesen has been Buffalo Bill Museum and Grave Executive Director for 20 years. 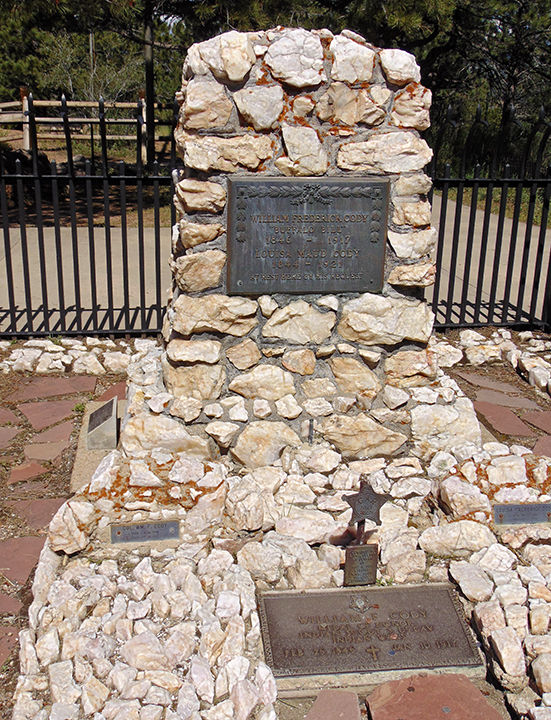 Buffalo Bill’s grave sits atop Lookout Mountain in Golden, Colo., next to his wife Louisa’s.

Steve Friesen has been Buffalo Bill Museum and Grave Executive Director for 20 years.

Buffalo Bill’s grave sits atop Lookout Mountain in Golden, Colo., next to his wife Louisa’s.

Steve Friesen may not be pleased by such an off-hand designation, but for anyone who lives in Cody, that’s the way it is when discussing the Buffalo Bill Museum and Grave atop Lookout Mountain on the outskirts of Denver.

Friesen doesn’t exactly say, “But we’ve got the body.”

Yet when meeting anyone who has any connection to Buffalo Bill Center of the West, even if it is only by shared ZIP code, his antenna go up.

After 20 years as director of the Colorado operation, he admits there is detente between the two Buffalo Bill tribute palaces. Unless someone from Cody shows up on his doorstep driving a steam shovel, he can welcome them without feeling threatened about them maybe stealing Buffalo Bill’s body.

There is no way around it at this tourist site, which attracts 65,000 people annually (compared with 200,000 at the Cody museum), but the body is a big thing.

The calvary scout, Congressional Medal of Honor winner, Wild West showman and icon of the American frontier died in 1917, but there are still people in Cody (the town Buffalo Bill helped found) who are sensitive about the topic of where the most famous American of his time is buried.

Buffalo Bill wrote a will saying he wanted to be buried on Cedar Mountain in Cody. When he died he was in Denver and his wife and a daughter said he experienced a death-bed conversion, voting in favor of burial at Lookout Mountain.

Cody’s body was put in cold storage from January to June before the funeral. Some suggest Cody acolytes on the matter snuck in, stole the body and quietly buried Cody on Cedar Mountain.

There were suggestions that Louisa, Cody’s oft-estranged spouse, took a $10,000 payoff to ensure her husband stay closer to her in death than in life.

In 1921, Johnny Baker, Cody’s foster son who spent decades with the Wild West, donated his collection of memorabilia to start the Golden museum adjacent to the grave site.

“This was the first Buffalo Bill museum,” Friesen said. “He had a lot of great stuff.”

Friesen is sure to react if it is suggested Buffalo Bill might not be buried in Golden.

“It rankles me,” said Friesen, who does admit a reasonable debate can be staged about whether Cody wanted to be buried in Golden.

Nearly a century of squabbling aside, there is an impressive Buffalo Bill grave, with his wife lying next door, a foot away, under quartz headstones.

A difficult-to-scale wrought-iron fence surrounds the graves. The setting in the trees is bucolic, but an attachment to the headstone might rankle others. It reads, “At Rest Here By His Request.”

The average visitor is oblivious to any dispute and generously throws pennies, nickels, dimes and quarters through the fence onto flagstones between the graves.

Friesen said he traced the oldest record of coins tossed on the grave to 1923. The Native American chief Spotted Weasel and some braves were said to have tossed Indian head nickels on the grave as a tribute to Cody. Iron Tail, a long-time friend of Cody’s with the Wild West, was a model for the Indian on the coin.

“I think over time it has developed to be good luck if you do it,” Friesen said.

There are many such wishing-well-type sites, but for some time, single women also showed up at the grave and followed a routine of turning their backs to the site and tossing bobby pins over a shoulder onto the ground.

The legend was that if a single woman deposited a bobby pin she would find a husband within a year. It is said six single women arrived together and one refused to participate, believing the theory to be hogwash.

A follow-up account claimed five of the six found love within the time frame and the sixth, naturally the one who declined to participate, remained single.

For a time, the museum sold bobby pins in the gift shop, but the tradition died out.

Friesen maintains a large collection of volumes about Buffalo Bill in his office against a backdrop of king-sized paintings of the Old Scout.

The museum displays a cross-section of Buffalo Bill and Wild West memorabilia of the general kind that can also be seen in Cody.

“They have other things,” Friesen said, compared to the Cody building.

A special exhibit in Golden currently emphasizes the diversity of the Wild West. One year the Wild West featured performers from six continents simultaneously.

Cody hired Native Americans for the Wild West and did not discriminate against minorities.

The Cody museum opened as a log cabin in 1927 with his niece, Mary Jester Allen, as curator. She had fought for Cody to be buried in Wyoming.

Friesen said after the burial battle culminated, the museums went their own ways building their own clientele. They exchange ideas, get along well and even send tourists both directions, he said.

Bruce Eldredge has said whenever the burial issue flares up it is good for business for both museums.

In January 2014, when a bus load of Buffalo Bill Center of the West executives traveled to Denver for a trustees meeting, they detoured to the grave site. The Wyoming contingent jumped off the bus wielding picks and shovels and posed for photographs as if they were digging up the body.

After a moment of anxiety, Friesen accepted the action as the practical joke it was meant to be. Perhaps because there were no steam shovels in sight.