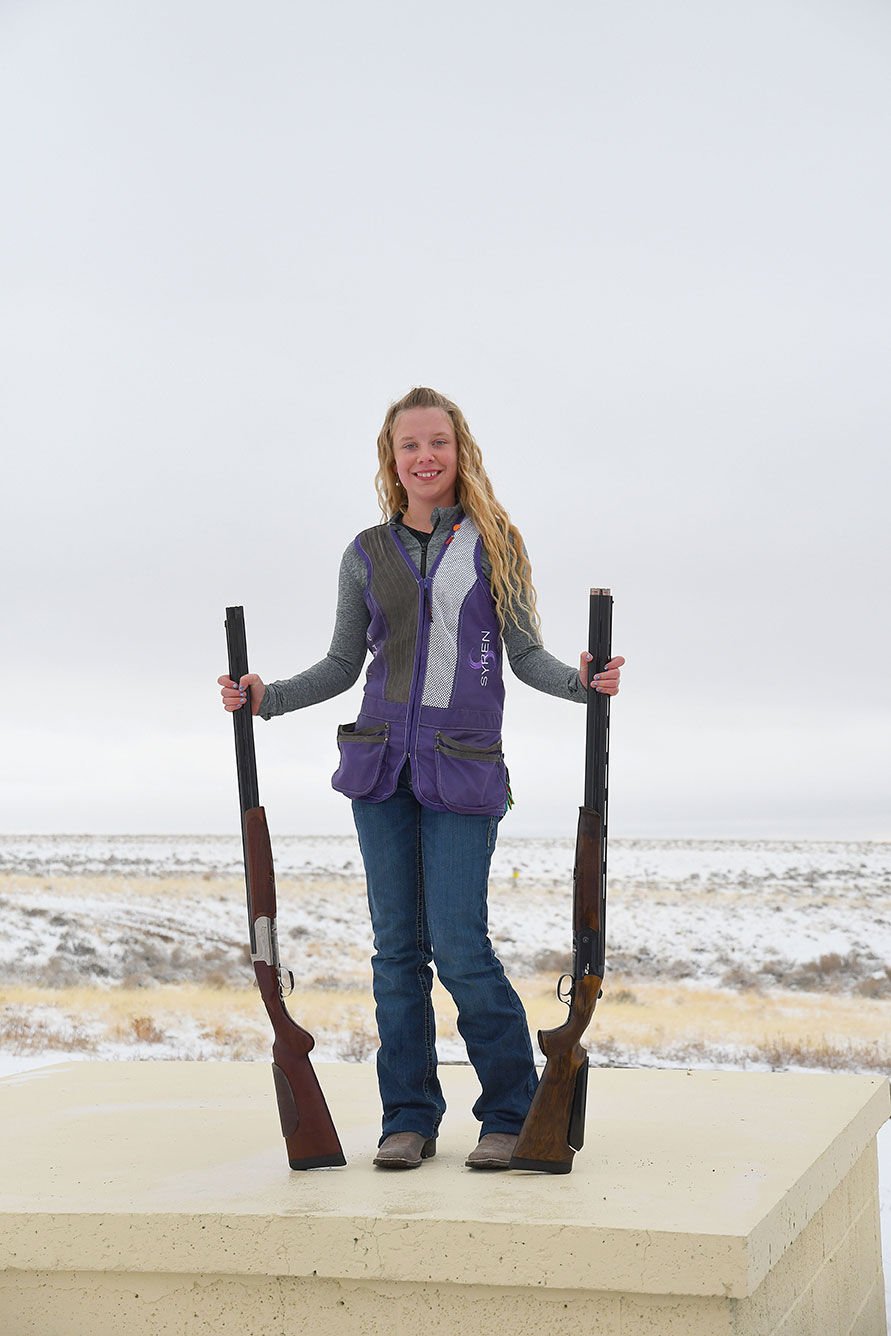 Kassi Hanson is an eighth grader and competitive shotgun shooter.

A pile of busted clay pigeons shot by Kassi Hanson.

Kassi Hanson is an eighth grader and competitive shotgun shooter.

A pile of busted clay pigeons shot by Kassi Hanson.

Eighth-grader Kassi Hanson loves to do research more than most. She parlayed that skill into a first-place finish in engineering at the Wyoming State Science Fair.

Hanson’s project combined her love of science with another love: competitive shooting. She’s a crack shot with a shotgun and wanted to take her skeet and trap shooting to the next level with the perfect choke, a device that changes the shot pattern. The problem? There wasn’t a lot of information out there on what the best choke was to use for competitive trap and skeet shooting.

So she went to find out for herself.

“It also surprised me how little research had been done about chokes and competitive shooting,” Hanson said. “It didn’t give you much about the optimal distance to use each choke. It doesn’t tell you how the shot may break apart.”

She set up patterning boards and her shooting bench at a range and fired shot after shot downrange, changing chokes and boards but keeping the same ammunition. That was the easy part.

“It’s super when you have 50 boards and you’re counting pieces of shot,” she said with just a hint of sarcasm. Each board could have more than 100 pieces of shot in it.

Hanson had to calculate the effective distances for each choke, figure out their shot patterns, and then figure out if enough pellets could hit a clay pigeon to produce a visible chip, the means of scoring in trap and skeet shooting. She started researching last fall but didn’t start working on her experiment until January of this year, just a few short weeks before the regional science fair at Northwest College. All of that was compiled into a slideshow, a four-section chart and a video presentation explaining the project for the science fair made virtual by the pandemic.

For the record, she confirmed the skeet choke was indeed best for skeet and found the full choke was best for trap.

Hanson started participating in the science fair in sixth grade at the behest of GATE teacher Gretl Class. A “dorky” project on ice cream turned into a love of competition and the work that goes into experiments.

“I like most aspects of science,” she said. “There’s so many things to learn about.”