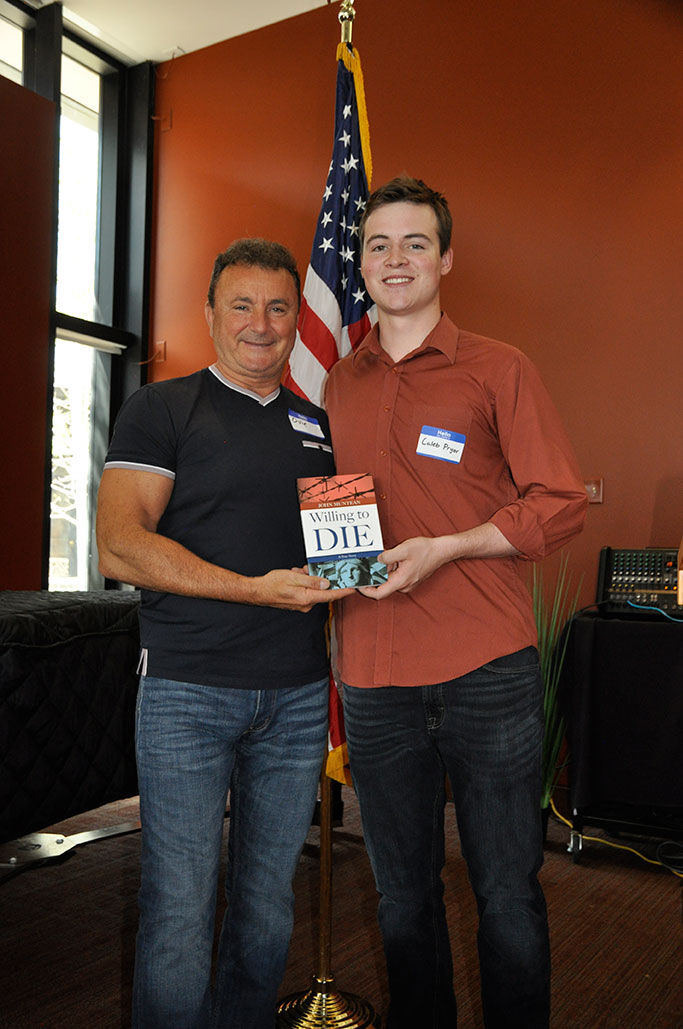 Caleb Pryor won first place in the essay contest “Why the First Amendment is Important,” and stands with speaker Ovie Muntean. 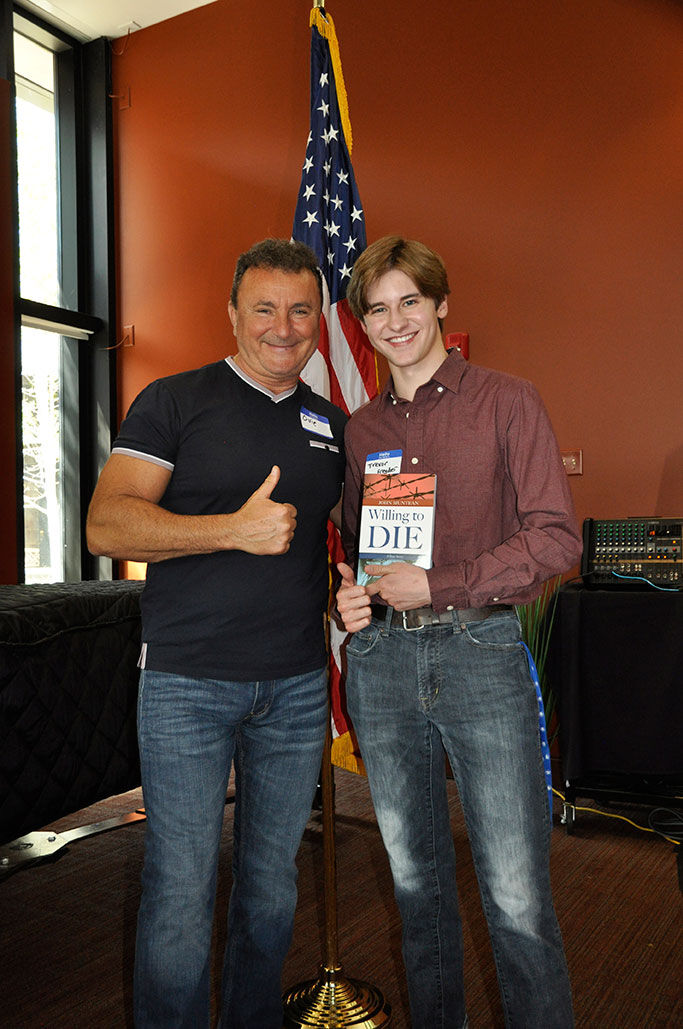 Trevor Freyder, with Muntean, finished second and was honored recently at a Republican Men’s Club BBQ for high school seniors. 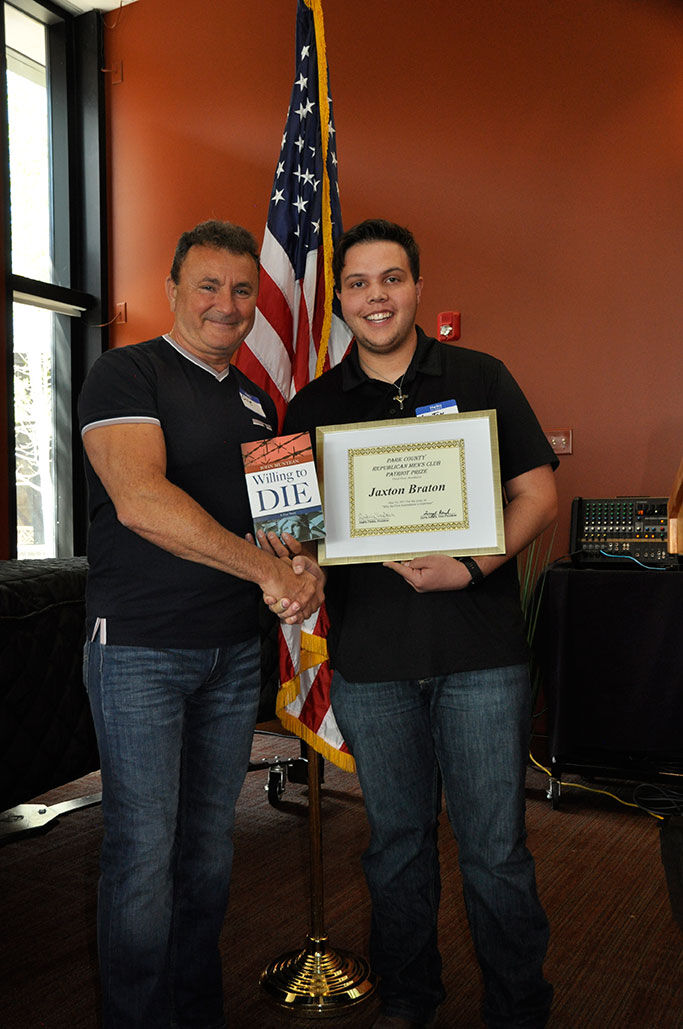 Jaxton Braten, with Muntean, finished third in the essay contest.

Caleb Pryor won first place in the essay contest “Why the First Amendment is Important,” and stands with speaker Ovie Muntean.

Trevor Freyder, with Muntean, finished second and was honored recently at a Republican Men’s Club BBQ for high school seniors.

Jaxton Braten, with Muntean, finished third in the essay contest.

Cody High School senior Caleb Pryor won first place for his “Why The First Amendment is Important” essay contest as part of the Park County Republican Mens Club at their Senior Fellows BBQ lunch, in honor of all graduating senior boys in Park County.

The awards were presented at a recent event at the Buffalo Bill Center of the West.

All graduating Senior boys are commended for completing high school and the group hopes to see them next year at the lunch.

The American press plays an irreplaceable role between the government and the people. I have heard it said that “if the government is annoyed with the press, it’s doing its job.” The press has the important role of holding the government accountable and keeping the people informed. A democracy is only as successful as its citizens. Having informed citizens is an essential component of democracy, and the press does just that. In the Supreme Court Case New York Times v. United States, Hugo Black advocated that the government had no role in preventing the press from publishing due to its vital role as a fundamental freedom of American citizens. What is evil is done in the dark, and an honest press shines light on the government and its actions.

Far too many times governments have sought to terminate the natural rights of man, and our country’s founders were keenly aware of these tendencies. Man’s natural right to liberty is dependent on freedom of religion and expression, and the First Amendment provides both of these protections. Thomas Jefferson called freedom of religion the “most inalienable and sacred of all human rights.” The freedom to express your views and values is essential, and without it citizens feel suffocated and minimized. This last year, Covid restrictions on religious gatherings took a costly toll on the well-being of individuals and communities, highlighting the importance of the First Amendment.

George Washington claimed that “if the freedom is speech is taken away, then dumb and silent, we may be led like sheep to the slaughter.” We have recently seen numerous instances of the First Amendment’s most important right being suppressed through censorship on social media. Throughout this last election cycle, numerous conservative figures and organizations found their speech being limited by social media companies and big tech; even our President’s account was censored and removed during some of the most crucial parts of this past year’s election. This censorship left a huge portion of our nation feeling voiceless and discredited, and this angst and anger culminated with the demonstrations at our nation’s capital. This past year could serve as a vivid example of what happens when people feel voiceless and persecuted for their beliefs and ideas; and social media’s suppression of conservative speech recently proved just how important the First Amendment is in the United States.

It is no coincidence that the rights to speech, press, expression, and religion were the ones included in the Bill of Rights, and we can see numerous examples of what happens when these rights are limited. One of Hitler’s first steps in his genocide on the Jewish people was to eliminate the Jewish press. History’s most horrid atrocities occur when the victims are left voiceless and powerless by oppressive governments. The U.S. will continue to face new threats and challenges, but as long as the rights entailed in the First Amendment and the Bill of Rights are protected, every citizen has a fighting chance to pursue their rights of life, liberty, and the pursuit of happiness in the United States.