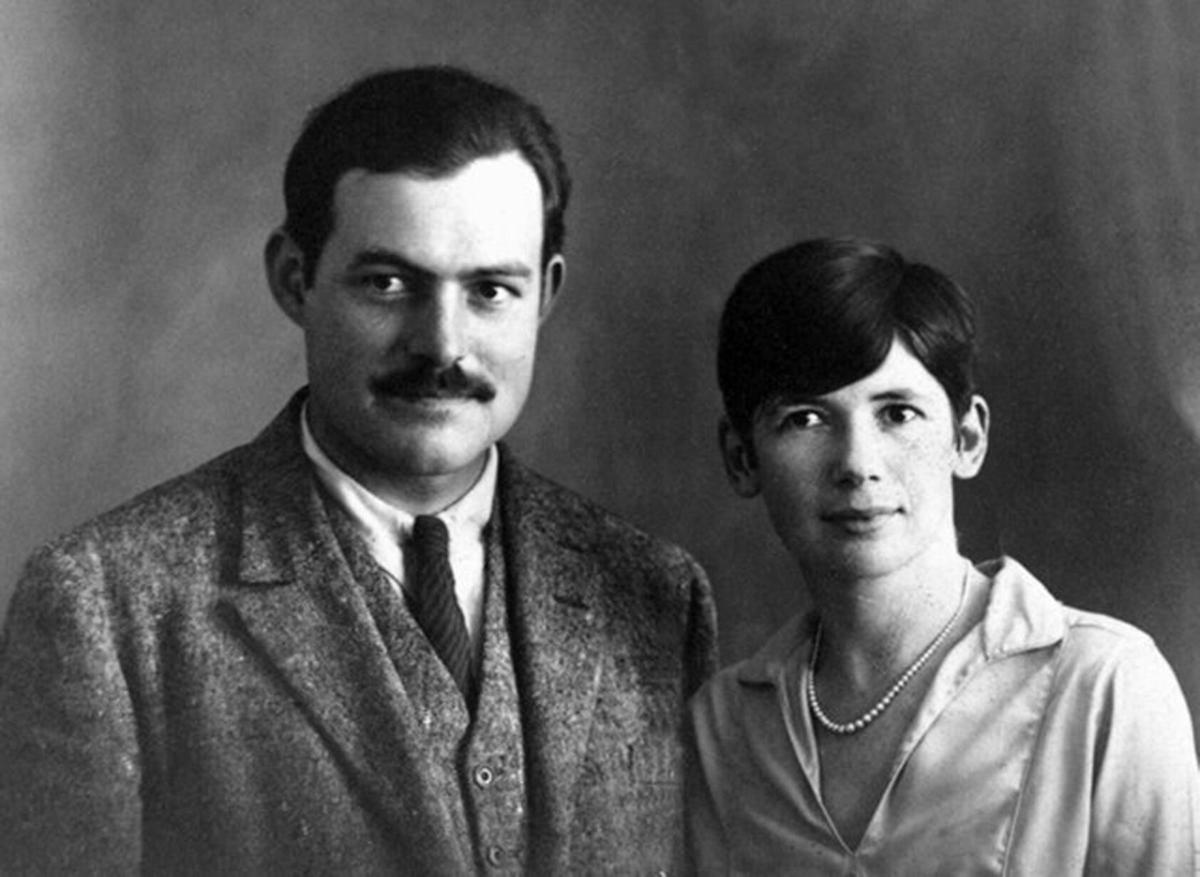 Ernest Hemingway and his second wife Pauline Hemingway spent time in Park County in the 1920s. 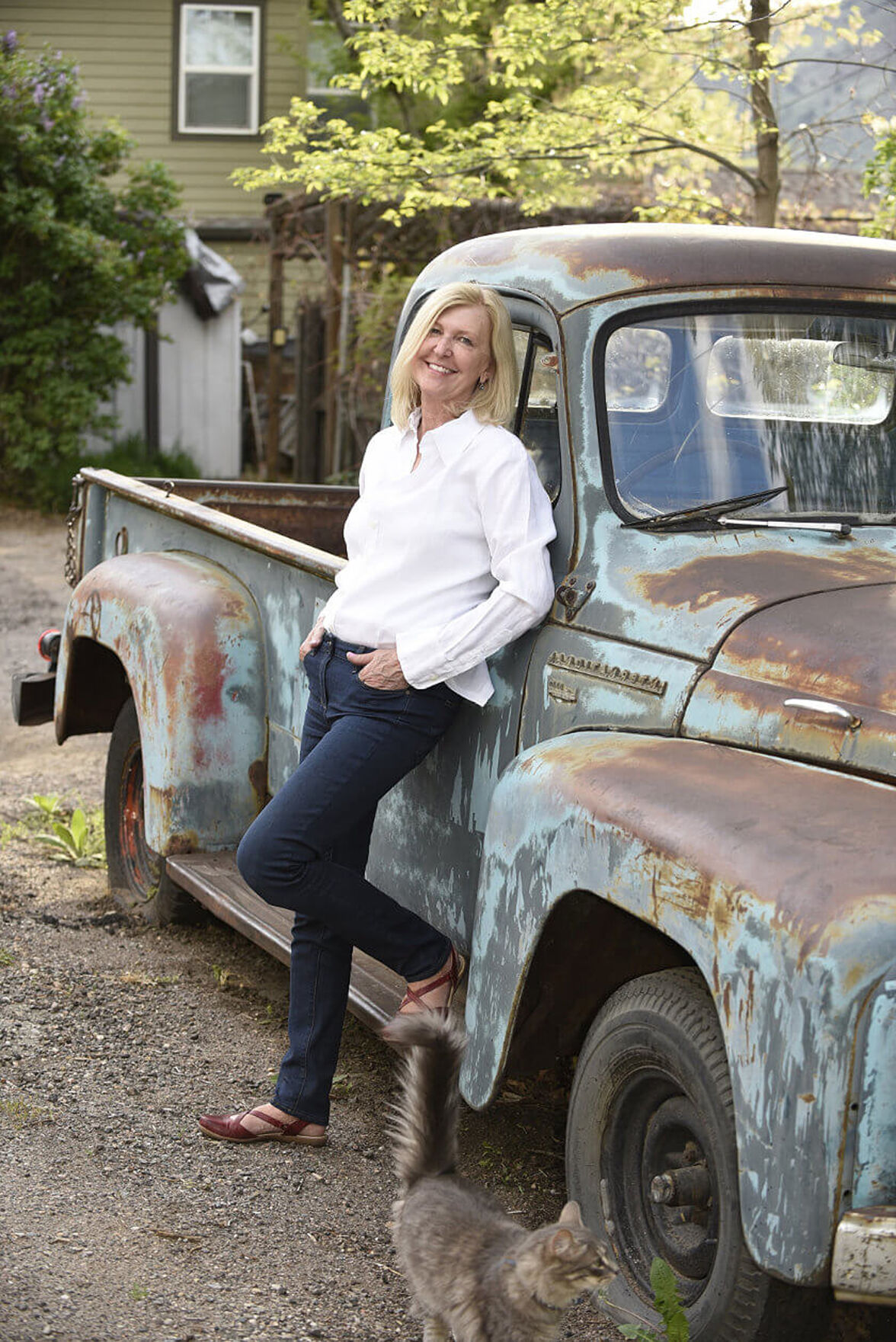 Ernest Hemingway and his second wife Pauline Hemingway spent time in Park County in the 1920s.

In his 30s, Ernest Hemingway – journalist and author, angler and adventurer – acquired a facial blemish that was a reminder of his sojourns in Cody Country. If someone asked him about the scar on his chin, he could tell the story about his horse wreck one summer in the mountains.

“People would see his scar and think, ‘That happened in Cody, Wyoming,’” said Robyn Cutter of the Park County Archives.

She had discovered a story about the horse incident in an August 1930 Enterprise and shared it with Darla Worden of Denver, who was in the Archives doing research about the six summers between 1928 and 1939 that Hemingway spent in northern Wyoming.

“The majority of the book takes place in Park County,” Worden noted.

The story about the accident became a chapter called “The Cow-Eating Bear” in her recently published “Cockeyed Happy, Ernest Hemingway’s Wyoming Summers with Pauline.”

Although born and raised in Sheridan, Worden didn’t know the famous author had visited Wyoming until she happened to see a photograph of him during one of his visits to the area. She was a teenager, and the image was hanging on a wall in a bar in Big Horn.

“I already liked his writing, but I didn’t know he’d been there,” she recalled. “As a young woman growing up in Sheridan, I found the Hemingway lifestyle was very Wyoming.”

Although the revelation about his Wyoming connection didn’t prompt further inquiry, another discovery in Sheridan did. That occurred years later, when Worden invested $1 in an acquisition from the Sheridan Library, “Ernest Hemingway: Selected Letters, 1917-1961,” Carlos Baker, editor.

“The book fell open to a letter from Big Horn, so I knew he was in Wyoming,” she recalled.

A key in her inquiries also occurred in Sheridan. Its library’s staff had compiled Hemingway-related letters from locals as well as articles into a file for a journalist in the 1970s. “That really helped my research,” Worden said.

“Once you get hooked,” she added, “I just had to keep digging.”

Worden said she became so focused that a friend of hers described her as having “a Hemingway tapeworm in my brain. I devoured all the information about him I could find.”

One of her main resources was the John F. Kennedy Presidential Library and Museum in Boston, home of the Ernest Hemingway Personal Papers. They include textual and audiovisual material given by Mary Welsh Hemingway, Hemingway’s fourth wife and widow, and additional donors over several decades. The collection spans Hemingway’s entire career and contains 90% of known Hemingway manuscript materials, according to the library’s website.

After three months of tapping the JFK Library’s archives online and paying for digital versions, which might or might not include information appropriate to her focus, Worden decided to spend a week at the library. Her trip, booked for March 15, 2020, was canceled due to COVID, and the library staff had gone home to work remotely. Fortunately she’d already amassed sufficient material and decided it was ample.

“I went with what I had,” Worden said.

Although disappointed about not going to Boston, she said COVID ended up facilitating her project. Pre-outbreak, Worden had been writing from 5 a.m. to 7 a.m., all day Saturday and half of Sunday while working full time as editor-and-chief of Mountain Living Magazine. Post-outbreak, she worked remotely for 25% fewer hours, giving her more time to write.

“Without my working from home, I wouldn’t have had the time to finish the book,” Worden said.

In person, she did visit the Park County Archives, housed in the Cody Library, where she met archivist Robyn Cutter. The encounter proved productive.

“Darla just came once, but I kept emailing her with more stories,” said Cutter, who received an advance copy of Worden’s book with an inscription on the title page.

“Dear Robyn, I’m [‘COCKEYED HAPPY’] we met in Cody! Thank you for your research and your help with this book. It is a better book because of you. With gratitude, Darla”

“It’s very gratifying to be acknowledged in the book,” Cutter commented. She’d started a Hemingway file for a former Enterprise reporter and keeps adding to it. One of the stories that she shared with Worden concerned Hemingway’s horse wreck and subsequent scar.

“Every day I’m finding new stuff,” she added, noting that few realize the rich resources of the Archives. “We’ve got to let people know what’s here. It’s phenomenal. This belongs to all of us.”

Worden was so impressed with the help of Cutter and others in Cody that she wrote a piece about the area for the fall issue of her magazine, mountainliving.com/cockeyed-about-cody/. “The Cody people were wonderful,” she said. “Robyn’s information was so helpful.

“Without the Sheridan library folks and Robyn, the book wouldn’t have happened.”

Her visit included a trip to Crandall to view the L Bar T Ranch, where Hemingway was staying when the horse wreck occurred. Like her, Worden said, Hemingway also enjoyed Cody countryside and the Wyoming people, calling them “cockeyed wonderful. Both he and his second wife, Pauline, used “cockeyed” as slang akin to “awesome,” she explained.

As immersed in Hemingway’s life as her project demanded, Worden was not impressed with the man as a human. “He was a cad, a selfish man, but he was a brilliant writer,” she said. Hemingway had left his first wife for Pauline and, at the end of their time in Wyoming, left her for his third wife.

“I felt sad for Pauline, but I appreciate how much she loved him,” Worden said. “I wanted to tell her story. It’s a voice that’s missing.”

Their voices permeate the book through a literary genre called “creative nonfiction,” which the author explained is based on actual conversations but written like a novel. “‘Creative’ does not mean making things up. All the dialogue I found somewhere,” Worden said. It’s less formal or academic as countless biographies that she described as “yawn-fests, factually rich but ….”

While she’s already written a novel and a cookbook, Worden said Cockeyed Happy is “my first real book, a project I became obsessed with.”

Aaaahhh.... I read the whole article but NO mention of how EH got the scar. Actually it is a well-known story and afterwards he said to the guide: "I want to buy this horse." The guide said: "Gosh Mr. Hemingway there are better horses in this string I could sell you." EH said: "I don't want to own him, I want to shoot him!" Well-documented story in "Letters" and any one of the hundred of EH biographies....