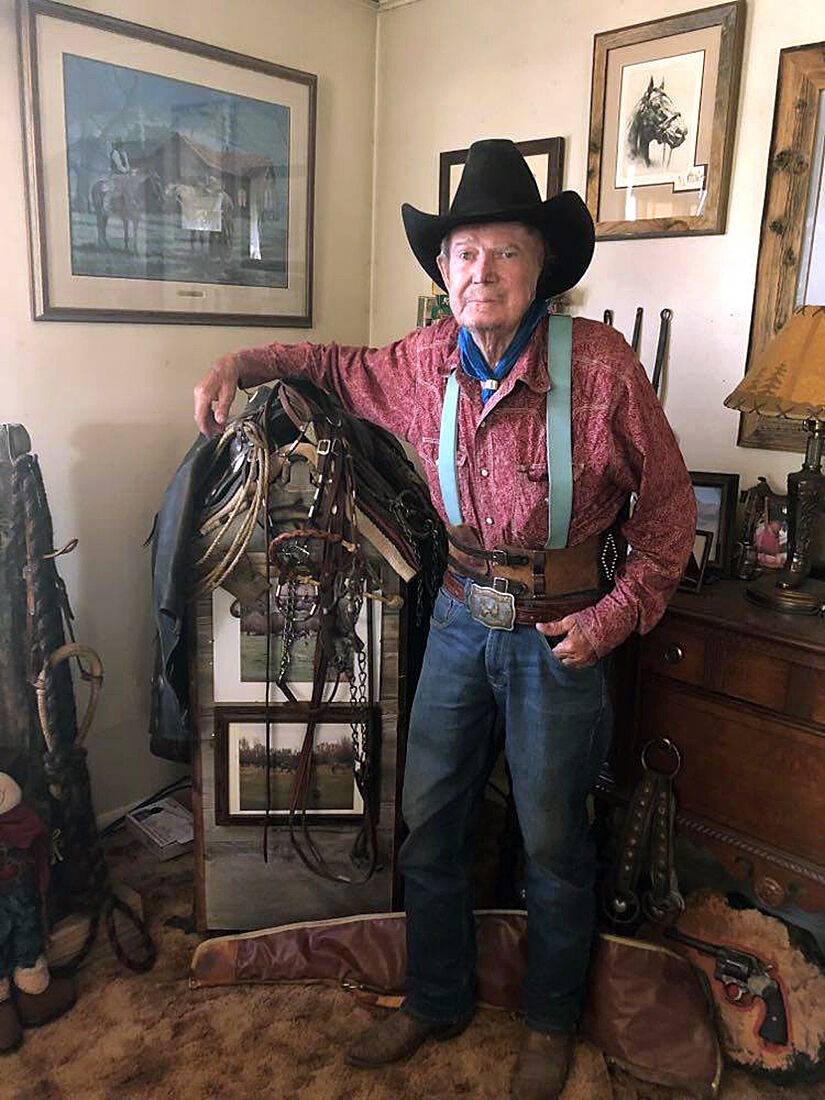 Monty Thornton, 80, has worked as a cowboy almost all of his life and now lives in Meeteetse. 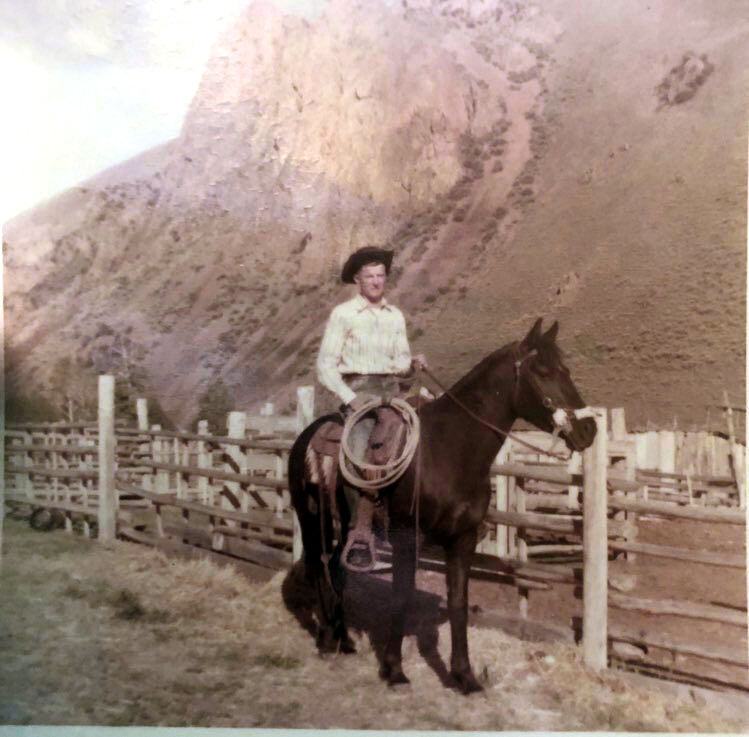 Monty Thornton, 80, has worked as a cowboy almost all of his life and now lives in Meeteetse.

In the small ranching community of Meeteetse, many characters of the Old West have come and left their mark, folks such as Butch Cassidy, Amelia Earhart and Bronco Nell, to name a few.

Monty Thornton is a throwback to an earlier age, perhaps unknown to many but admired and respected by many who knew him. Thornton is and has always been a cowboy.

“I’ve been a cowboy since I was 16 years old,” he said. “I was born in Star Valley, Wyoming, but when I first moved away it was because I had leased 80 acres of land.”

He left the state to work the land, living in a one-room cabin in Challis, Idaho.

“I was roping wild mustangs and mean old donkeys,” he said. “I had 80 acres of land and cattle to take care of as well, and I would be lucky to make it to school sometimes. The teacher would get mad at me for missing so many days, but that’s how it was back then, we didn’t have any days off.”

At the age of 80, he has never wanted to be anything else. He has never owned a smart phone, does not care much for computers, and said he’s always been a man of loyalty, integrity, and a strong work ethic. Thornton has roped and wrangled, calved and branded, for many years.

He has outlasted and, in some cases, has outlived them all. He is one of the last of his generation, one defined by just three words, “no days off.”

“I guess you could say I’m still lucky to be here,” Thorton said.

Inside his home are old black-and-white pictures of himself on horses, along with a wide variety of old firearms and many old cowboy hats. Pictures of his three daughters, his family and friends, as well as a personalized autographed picture of country singer Reba McEntire, grace the walls of Thornton’s house.

A sign written in barbed wire in the entrance of his doorway reads “Monty’s … It’s the Cowboy Way.”

“I raised those kids for the better part of their lives,” Thornton recalled. “I would get off at four in the morning, then get up and get them ready for school. I then drove 80 miles down the road to tend to over 200 head of cattle.”

Thornton served as a Wyoming brand inspector from 1971-2004, dealing mostly with cows, horses, sheep and goats. He also worked at the historic Cowboy Bar and reminisced about the town of Meeteetse back in those days.

“Well, I got to helping out there at the Cowboy Bar a few times, and usually around 6 p.m. that place was packed,” he said. “It was still a small town with nice people, good people. But now all they do is talk and talk and nothing ever gets done, people used to go by their word back in those days, but not anymore.”

Thornton is still a cowboy to this day, and owns a few bay horses just outside of town.

“I’m still doing it, you never stop,” he said. “I enjoyed being out in those hills with a herd of cattle … that was heaven to me.”

Thanks for this great story from one of our favorite Wyoming towns!