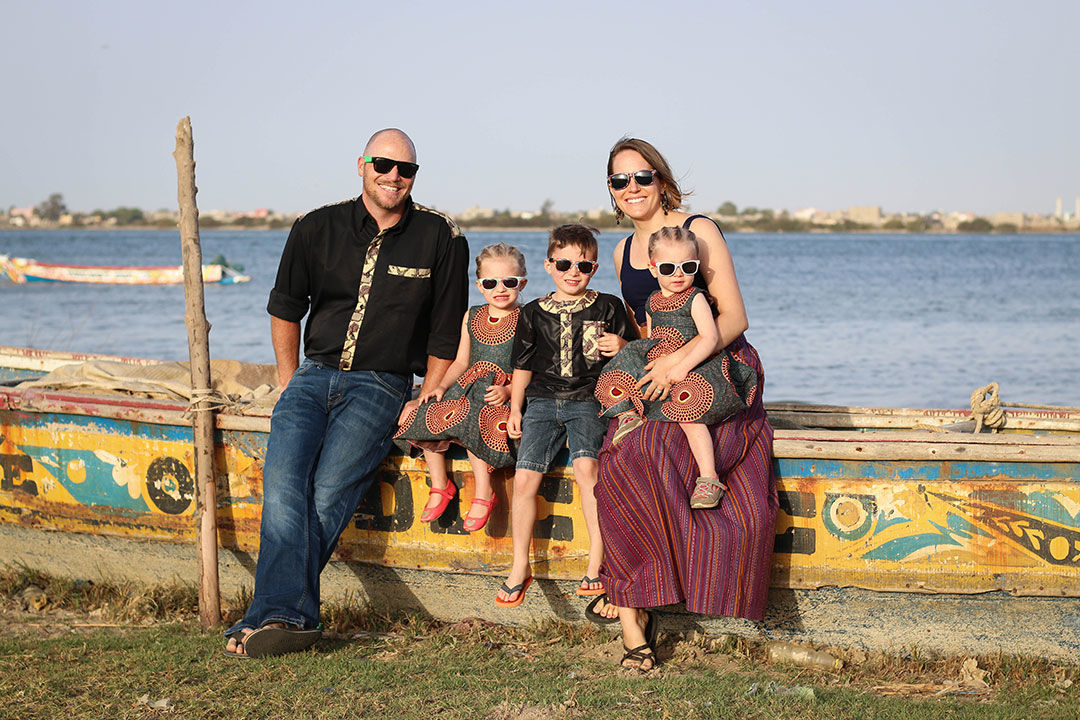 Missionaries Matt and Carin Johnson sit with their three children on the shore in Senegal near the border with Mauritania. 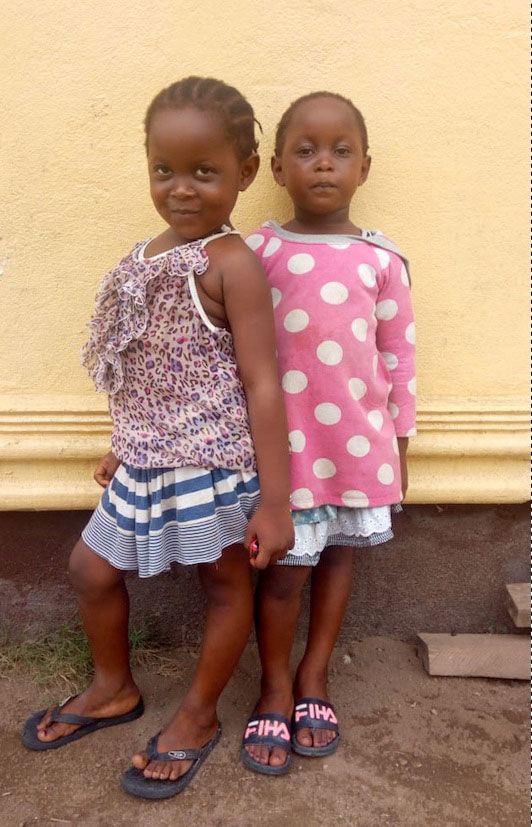 Twin sisters Bentu and Bentulyn Quaqua are at an orphanage in Liberia.

Missionaries Matt and Carin Johnson sit with their three children on the shore in Senegal near the border with Mauritania.

Twin sisters Bentu and Bentulyn Quaqua are at an orphanage in Liberia.

Adoption is often a lengthy and expensive process.

A family with local roots now living in Senegal as Christian missionary educators is deep into the process of adopting twin 4-year-old girls from Monrovia, Liberia.

Mother Carin Johnson, who grew up in Deaver, calculated the cost for the adoptions at $56,000 – not including travel.

“In all, we think this adoption of our two girls will cost approximately $75,000,” she said.

She and her husband Matt Johnson, a 2001 Cody High School graduate, have three biological children all born in Cody. The Johnsons have already gone all in to help fund the adoption.

They lived in Cody 2008-2017, at which point they moved to Dakar to work at a Christian missionary school.

“When we moved to Africa we sold our belongings, family vehicles and Cooper Lane home,” Carin said. “So far we have been using those funds to pay for the adoption expenses.”

A contest that ends Tuesday night could get them much closer to their goal.

“Our family has been selected as one of only 10 finalists in a national adoption grant campaign to be awarded up to $30,000,” Matt said. “This will cover over half of the adoption expenses we have left.”

People may vote for the family’s video submission at adoptwithftn.com.

Winning would assist a process that began for the family a year ago when their initial adoption application was approved. Following that, agency employees visited the Johnsons’ home in Dakar.

It wasn’t until mid-August that Bentu and Bentulyn Quaqua were brought to an orphanage in Monrovia. Oct. 1 the twins were matched with the Johnsons.

Moving forward, the family will need to spend weeks in the nearby West African country to collect the girls, and then there’s the process of making them American citizens so they can return to the Johnsons’ homeland.

Adoptions happen every day. if you know anything about the process, you know that there are many expenses involved and you plan accordingly.

I do agree that if you start the adoption process you absolutely should plan accordingly. That being said I also don't believe that funding should prevent people from considering welcoming a child into a loving and safe home and it is very normal to apply for grants to assist in funding as part of the adoption process. I wanted to personally address your comment because I think you may have gotten the wrong impression from the article. The purpose was not intended to seek funding from individuals but to bring awareness for National Adoption Month and to ask people to consider supporting a former local family in a nation-wide campaign in which they were selected as finalists. I know this, because I am the mother they speak about in the article and when we “interviewed” for this article asking people to assist in paying for our adoption was not our intent. You see we are aware of the cost it will take to bring our girls home and we have planned accordingly, including applying to 14 grants. Also, to your other comment of "Adoptions happen every day." Yes, they do but that doesn't make them any less of a miracle or any less special! :-) Adoption should be celebrated not just during National Adoption Month but every day! Thanks for reading and commenting and I hope this clears up our intent behind wanting to get the word out about our family’s pursuit of adoption.

Carin, thank you for your response. You are correct about every adoption being a miracle. I also know that absolute joy.

Great story! Thanks for getting this out there!