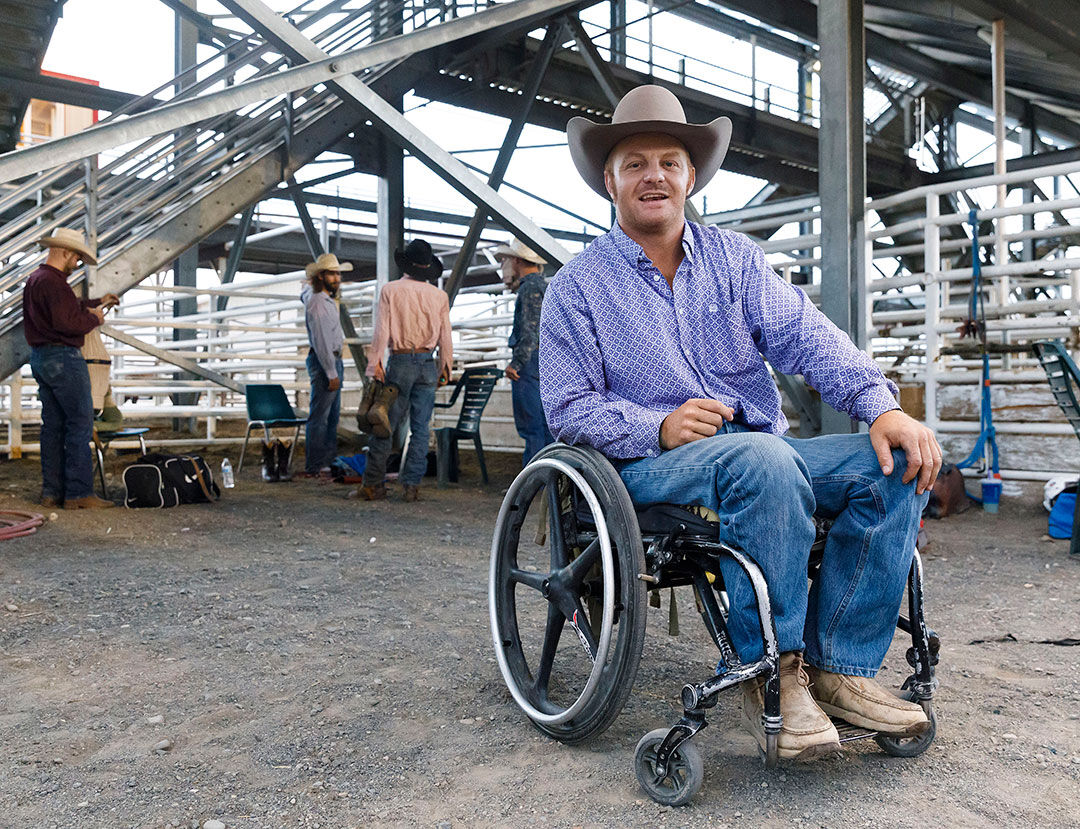 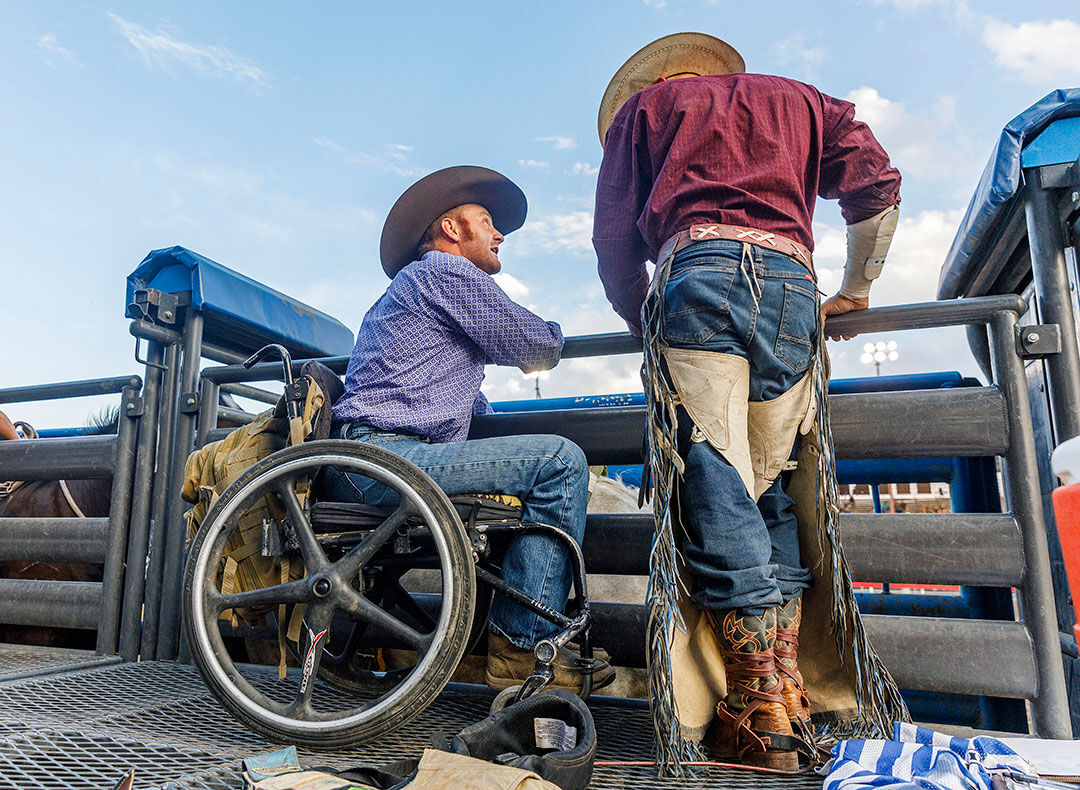 J.R. Vezain was once again behind the chutes last week at the rodeo grounds, the scene of past successes in both the Cody Nite Rodeo and Cody Stampede.

“I wish I had something like this when I was young,” he said. “I don’t miss the lifestyle, but I enjoy helping out.”

While he has helped at a school in Miles City, Mont., this was his first time running one solo since his accident.

He said six guys attended the school the entire week, with about 15 others stopping in for a day or two.

“I was a punk kid and people helped me out,” he said. “I set up my goals to be world champion, make a living doing it and give back to that punk kid some day.”

It was three years ago this fall that Vezain suffered the debilitating injury while competing at the Pasadena (Texas) Livestock Show & Rodeo when he was riding Frontier Rodeo Company’s Brazos Bash.

Sitting in 14th in the standings, Vezain was on a final push to secure his spot for the NFR (top 15).

The horse, which had only one showing in the PRCA, reared up and flipped over shortly after leaving the chute. When she fell straight back, Vezain was unable to move to the side and his head and neck hit the arena floor first. He said he felt his back break.

“Then she gut-stomped me and I couldn’t breathe,” he said in a TV interview a year after the incident. “I couldn’t get up.”

Vezain’s body had folded in half between his T9 and T10 vertebrae and he was paralyzed from the waist down.

After spending some time recovering in Houston he moved to a facility in Sandy, Utah. He spent a total of five months in recovery before coming home to Melstone, Mont., in 2019.

Vezain grew up in Cowley, where his mom still lives. He made his first ride at the Cody Nite Rodeo the summer before his freshman year when he was 14. The next summer he also attended a handful of times before getting more serious his sophomore year.

“My sophomore to senior summers I lived out at the rodeo and rode every night except for the high school finals and nationals,” he said. “I got a lot of experience and looking back it made my career. I learned everything here.”

Vezain was able to earn $20,000 during those summers at the Cody Nite Rodeo, which was enough to go pro when he turned 18.

“It filled my pockets and was a good start,” he said.

Vezain and his wife Shelby live on the family ranch in Melstone, north of Billings, with their son Ryatt, who turned 2 in May. The couple learned they were expecting just a few weeks before his accident.

Vezain keeps busy working on the ranch and does leatherwork. He also began judging at PBR bull riding events.

“I’ve gained a lot of respect for judges,” he said. “After my accident Cody Lambert reached out and said he had a way to help. I rode bulls in high school and college so I know enough be able to judge it and it allows me to stay involved in the sport. The PBR has been good to me.”

And while recovery has gone more slowly than he’d like, he continues to make progress.

“The recovery I’ve made far outweighs what’s been taken away,” he said.

Most recently he’s been doing rehab in Billings and in April took part in an exoskeleton trial. The mobility device attaches motorized joints to a patient’s hips and knees. With a bit of training and balance, patients can direct the skeleton to bend knees and hips to walk and climb stairs.

“We’re working on getting a robot at home,” he said. “They come out and fit you for it and give you some training. I’m hoping to have it by the end of summer.”

As his time wound down in Cody last week, he praised the Cody Nite Rodeo and the Cody Cowboy Church for all they do to help young cowboys and cowgirls.

“Maury (Tate) has done great job and (Pat and Renee Alphin) have a great place so they’re set up to stay, find work and come get on. There are spur boards, bucking machines and they get on every night. It’s an awesome opportunity.”

And Vezain didn’t rule out a return to trip this summer.

“I told everyone if they wanted me here I’d come back later this year and help,” he said. “I’ve had a great time.”