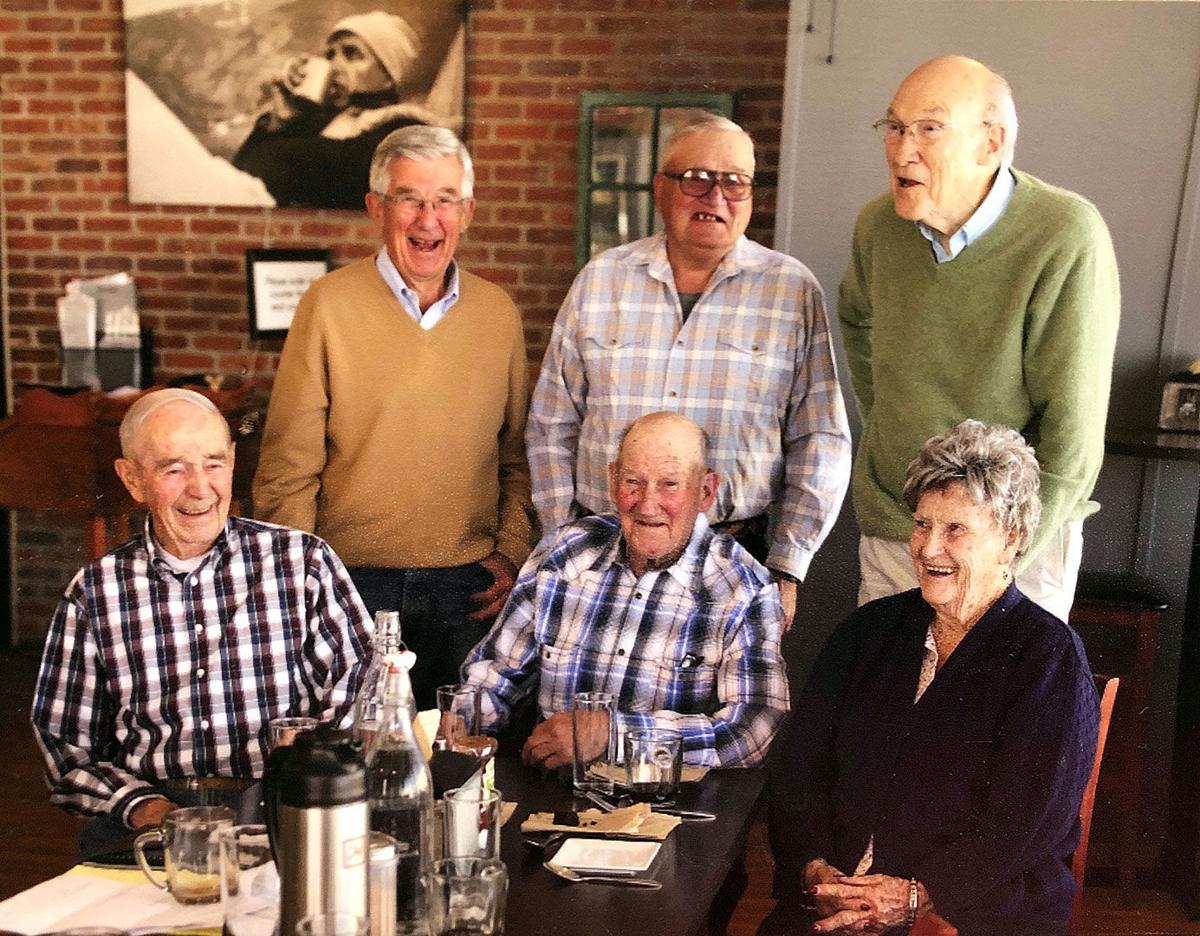 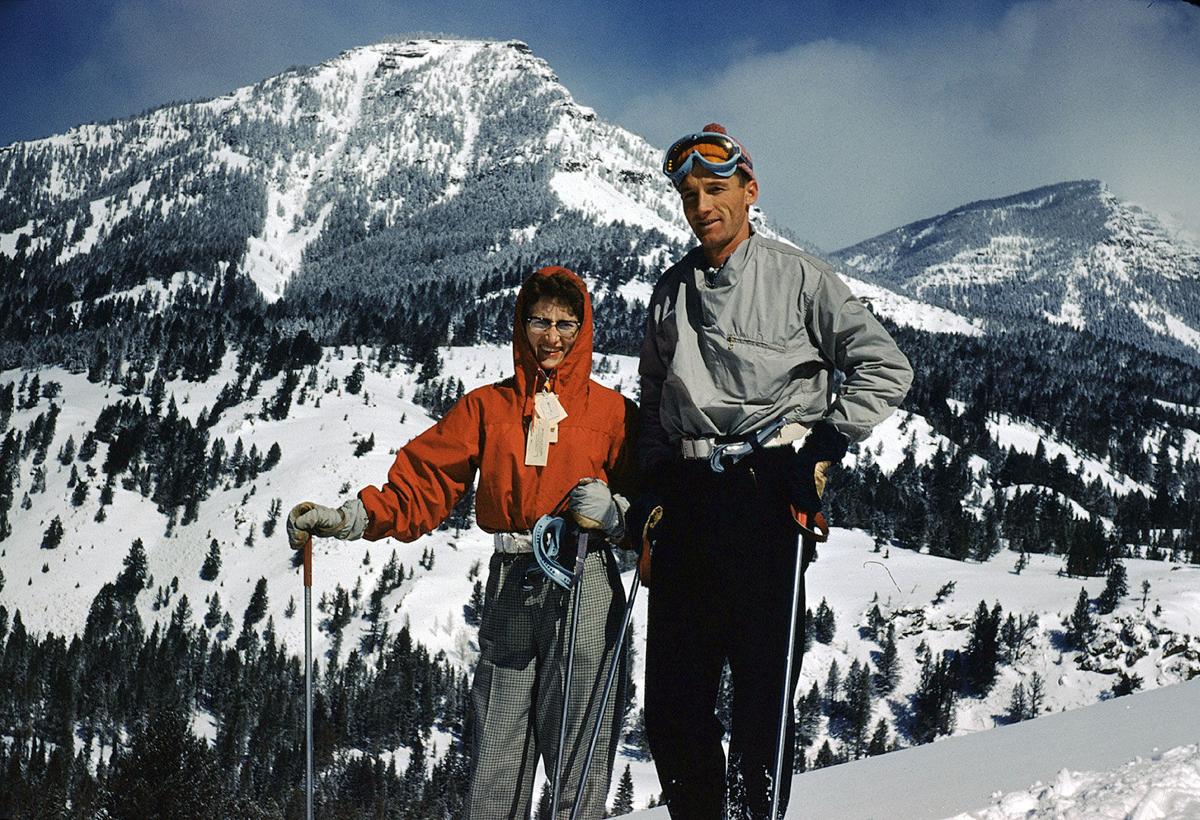 Dolly and Dick Hedderman were fond of skiing at Sleeping Giant while living in Cody. (Courtesy photo)

Dolly and Dick Hedderman were fond of skiing at Sleeping Giant while living in Cody. (Courtesy photo)

Josephine “Dolly” Hedderman, 90, has lived a full, adventurous life. Beating the coronavirus is just one chapter of her saga.

Dolly, a former Cody resident, tested positive for COVID-19 in early July, along with 42 of her fellow residents and 15 staff members at Canyon Creek Memory Center in Billings. Fifteen of those residents lost their battle with the virus.

Not only was she able to beat the virus, Dolly remained asymptomatic the entire time she was infected.

In a three-way phone call on July 30, Dolly and her daughter Terry Hanson, 68, spoke with the Enterprise.

Dolly suffers from dementia and, although she still has a strong recollection of her past, was only able to grasp certain surface-level details of what has been going on around her the past month, simply describing it as “a lot of activity going on.”

“Something is happening,” she said.

The National Guard and nurses from throughout the country were called to Canyon Creek to help care for patients and make up for staff who contracted the disease.

Overcoming this recent challenge is symbolic of how Dolly has carried her entire life. Hanson said she was given an “is what it is” type philosophy from her parents, embracing adventure and challenges.

Dolly was born in 1930 as Josephine Armstrong in Cody. Her parents owned Bert’s Laundry on 13th Street, where she worked while growing up. An only child, she quickly gained a reputation for her confident demeanor throughout the neighborhood.

“My mom thought she owned the street,” Hanson said, Dolly laughing in the background.

Don Kurtz, 88, lived a few doors down from Dolly and said he isn’t surprised in the least that she beat COVID-19.

“If anybody could she could, she’s a tough lady,” he said.

“We were a strange bunch,” Simpson said. “We were often having fun and often too much.”

When asked if she had any stories she could remember of Simpson, Dolly replied coyly, “nothing I’m going to tell.”

But Hanson said from what she has heard, Simpson and Dolly found themselves a fair share of mischief.

“It sounds like they were a bunch of hellions,” she said with a laugh.

However, the former U.S. Senator, Simpson, said Dolly was instrumental in getting “us smart aleck boys” to shape up.

“She’d make little games for us and divert us from our nefarious activities,” he said.

Simpson was tight-lipped about details, but said there was a particular game called “post office” that came to mind. Her wit was always as sharp as she was strong, he said.

“She had a great sense of humor, she was fun,” he said.

Simpson also said Dolly was a fantastic athlete and “driving force” of inspiration for their class.

“She was probably one of the most respected members of our class,” he said.

The ’49 class also benefited from influential instructors such as Elizabeth Gilbert and Mildred McFarland, who refused to let their class fail, exposing them to Shakespeare and radio production, Simpson said.

“Boy, I was kind of terrified,” Simpson said.

He said the teachers tapped Dolly to carry out some of their orders.

The couple shared the same adventurous spirit and passion for life. For Dolly, that mentality was ingrained. She was born with it and it has never escaped her.

“You had to be if you wanted to get anywhere,” Dolly said.

Despite Dick’s having a stable job with the BLM, Hanson said the couple knew they wanted something more in life.

As soon as he went down to Laramie, Dolly wasn’t far behind.

“After one semester my mom said, ‘I’m not just sitting here doing this, I’m coming with you,’” Hanson said.

After college, they returned to Cody where they taught and raised two children, Hanson and Larry Hedderman.

In their spare time, the couple hiked mountains like the Grand Tetons, and were some of the first ski instructors at Sleeping Giant and Red Lodge ski areas. They also helped start a ski school while in Laramie.

“Yeah, she was tough,” Kurtz said with a chuckle.

Once Hanson graduated from college, her parents’ spirits became restless once more.

And Alaska it was, beating out American Samoa by a few weeks.

The two headed to Wainwright, a town slightly larger than Meeteetse, situated on the Arctic coast.

“They were as far north as you could get,” Simpson said.

There, they lived 13 years, befriending the Inuit natives they educated, who Dolly said were helpful “if they liked you.”

She taught elementary children and reading while Dick eventually became an assistant superintendent.

By immersing themselves in the community, the Heddermans built a camaraderie with the locals. Dick ran a trapline and the two regularly attended village events.

Following their time in Alaska, they returned to Cody to live out the autumn of their years. They kept a winter home in Arizona and spent their summers in Cody.

When Dick became ill, Hanson said her mother stayed calm and collected, focusing on what could be done to treat the illness.

“It’s never a worrisome kind of reaction,” Hanson said. “She reacts well, she always has.”

Dick passed away after a long battle with Parkinson’s in 2001. Dolly stayed active, playing bridge, golfing and bowling well into her 80s.

“She was a physically, very strong person,” Lanchbury said.

It appears little has changed since she had been in high school, a leader of the pep squad, an assistant business manager, decorator of school dances and member of the glee club. Her senior motto in the 1949 yearbook is also consistent: “As merry as the day is long.”

After some time spent at Brookdale Absaroka, Hanson and her brother placed Dolly at Canyon Creek.

“She has thrived up there,” Hanson said.

Dolly still remains active to this day, Hanson said. Due to concerns of the outbreak at her home, Canyon Creek staff mandated that all infected residents stay in their rooms for 14 days to prevent further contagion. She wasn’t having that.

“She busts out two or three times a day and comes up to the main desk,” Hanson said, “and they politely escort her to her room. That just cracked me up because that’s so like my mom to bust out.”