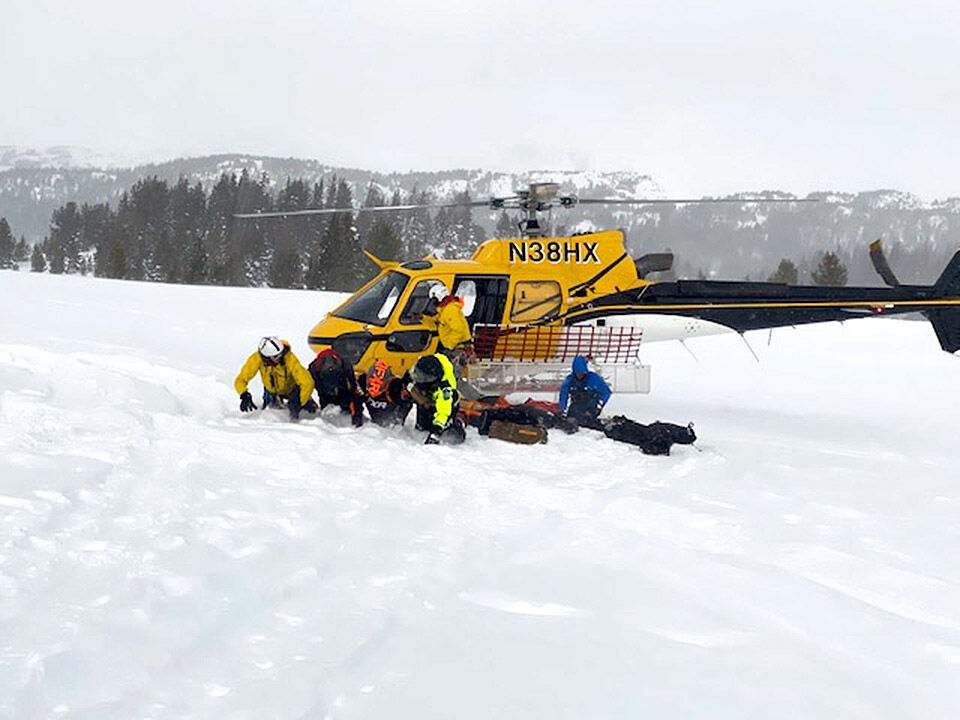 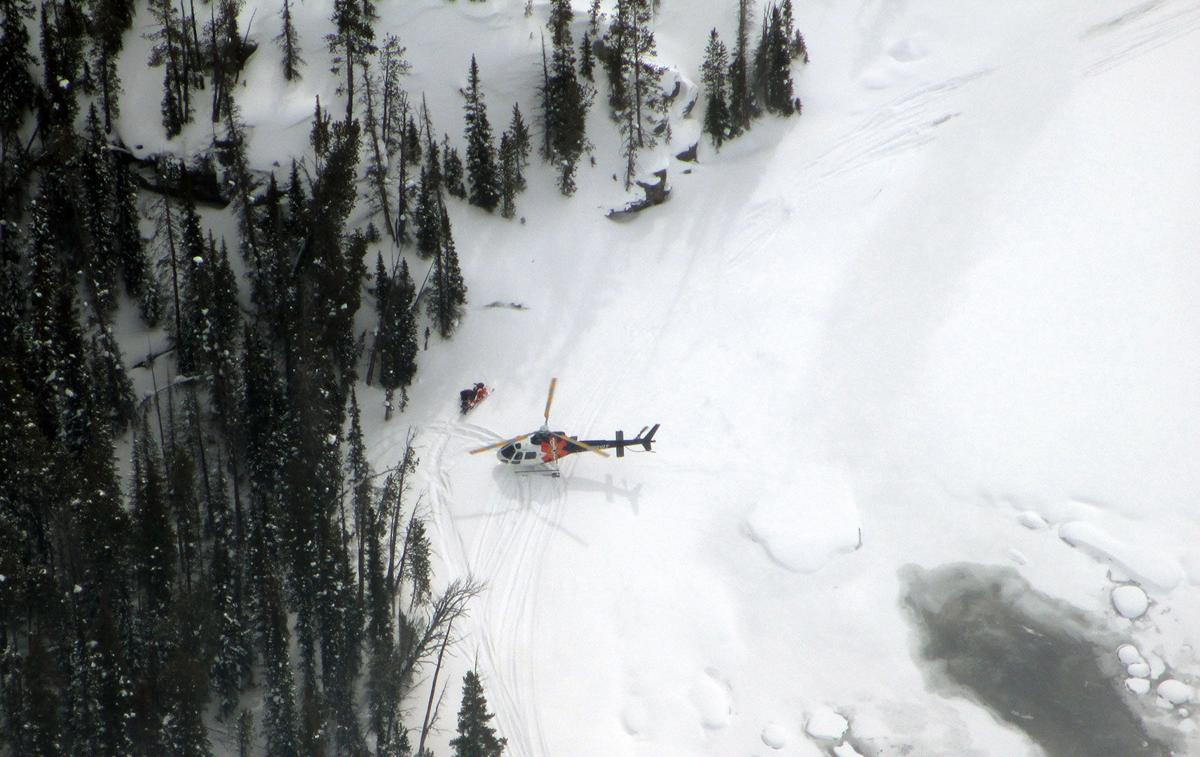 On Thursday, members assisted, for the second time in a week, in rescuing stranded snowmobilers.

“It was a lot of team effort,” said Park County SAR member Robert Lind. “Because of the most recent back-to-back events we had all hands on deck.”

The rescue involved dropping a radio from a helicopter to communicate with the stranded riders.

Last Wednesday at around 11 p.m., the Park County Sheriff’s Office Dispatch Center received a report of eight snowmobilers from Minnesota and Wisconsin that headed into the Beartooth Mountains and had not returned. The reporting party further stated that acquaintances of the men back in Minnesota had received a text from one of them earlier in the day indicating they were in the Maryott Lake area of the Beartooth Wilderness.

Victim Randy Ernest said they had left from the Pilot Creek trailhead and had driven into the Wilderness area to spread their late friend’s ashes. He said he did not know rescue had been called for them until they arrived.

The group illegally accessed this Wilderness area where snowmobiles are not allowed. SAR member and BLM ranger Robert Lind said the U.S. Forest Service is actively investigating this incident.

Ernest said they had no idea where they were entering was illegal. He said he has been snowmobiling in the area four or five times in the past.

Park County Search and Rescue, assisted by members of the Cody Country Snowmobile Association, immediately mobilized for the search.  However, due to not knowing the exact location of the missing people and the late hour, rescuers decided to wait to deploy until daylight.

SAR was able to use a cell phone photo taken by the group to lock down the general coordinates of where the group was stranded.

SAR member Dr. Elise Lowe said after calling it a night at about 2 a.m., they were back at the SAR facility preparing to launch the rescue around 5 a.m.

Around 6 a.m. Thursday, the ground search teams went to the Island Lake warming hut to plan and begin a search. At 7 a.m., SAR launched an airplane to begin searching the Maryott Lake area. Upon reaching the search area, a spotter in the plane reported seeing multiple snowmobile tracks leading south from Maryott Lake in the general direction of Granite Lake.

At 8 a.m., AIR-1 located an abandoned snowmobile on the surface of Granite Lake along with multiple tracks. The tracks led to the very southwest corner of the lake where a single rider on a snowmobile was spotted that seemed to be circling the area.  When this rider spotted the search plane, he began waving and eventually AIR-1 spotted the rest of the lost party.

The riders had gotten themselves into an extremely rugged area with steep drops, deep snow and downed timber. In addition, one of their vehicles became disabled.

They were unable to find a way out and eventually ran out of fuel. They then built a fire and hunkered down for the night.

The terrain was so hazardous that even the most experienced riders from the CCSA ground teams were unable to reach the victims. It was then decided to use helicopter resources to evacuate them. A helicopter from Guardian Flight in Cody and a helicopter from Teton County Search and Rescue were launched to assist in the rescue when AIR-1 had to return because of some internal damage.

At 11:45 a.m., Guardian Flight located the victims and landed near them to render any needed medical assistance.

They were located about six miles from the warming hut, Lowe said.

“The biggest issue was they were out farther than they should have been,” Lowe said.

Guardian staff dropped a radio inside a plastic bag down to the victims because they had been unable to engage communication with them. It turned out the group did have radios, but they were on the wrong channel.

All eight subjects were uninjured and in good spirits.

At 1:30 p.m., Guardian departed the area and the helicopter from Teton County began transporting the subjects, three at a time, to the Island Lake warming hut. There, the Cody Regional Health Wilderness Response Team was waiting to treat the victims, although none were injured.

“It was just an amazing amount of coordination in the field,” Lowe said.

From there, they were taken to the Pilot Creek parking area where they met up with friends who took them back to Cooke City.

Sheriff Scott Steward took the opportunity to remind residents and visitors that it is illegal to ride snow machines or any other mechanized mode of travel into designated wilderness areas, with substantial fines possible if found guilty for these crimes.

“These areas are designated wilderness for a reason,” Steward said. “They are filled with downed timber, steep ascents, deep draws and sheer cliff faces. Much of these areas are unexplored and can be extremely dangerous if you are unfamiliar or unprepared for emergencies should they arise.”

Lind credited the effort made by both the snowmobile staff on the ground, and those who volunteered back in Cody at the SAR dispatch center, with nearly every member involved in some way with the event.

“They are the heart and soul of the operation,” he said. “We have such an awesome set up here in Park County. That’s why SAR here is a well-oiled machine is because of residents like this.”

Although he said the staff was still a little fatigued from the rescue earlier in the week, Lind said SAR used the second rescue as an educational opportunity.

“We were tired by all means, but we refined things from the prior Search and Rescue event and applied them,” Lind said.

“Those guys are so critical in searching of the ground,” Lind said. “They’re the best there is.”